Some saw revenues plummet by 70 percent year-on-year, the city Department of Tourism said.

It died down, and after over a month without new cases, the latest wave triggered by new virus strains began on April 27.

According to the department, around 5,000 travel firms remain in operation though some large ones have cut their payroll by 50-80 percent to reduce costs.

The hospitality industry has been devastated by the lack of tourists, with three- to five-star hotels reporting a 70 percent fall in revenues and some even temporarily closing down.

The city received 7.1 million domestic tourists in the first five months of this year, down 47 percent from 2019, and earned revenues of VND35.5 trillion ($1.54 billion), down 37 percent.

The southern metro has had 819 Covid infections in the latest wave, forcing authorities to close all tourist destinations and pedestrians-only streets since early June.

The number of esports players in Vietnam surged to nearly 18 million last year, according to the newly-released 2021 Vietnam esports white book.

The 2021 Vietnam esports white book was released on June 10 by the Vietnam Recreational Electronic Sports Association (VIRESA) and the Appota Esports creative platform developer and provider.

This is the first-ever annual publication providing key information on esports for individuals, organizations, and businesses in the field, fostering its development in Vietnam.

According to the book, more people in the Southeast Asian country turned to esports during the social distancing period, with the number of players reaching approximately 18 million in 2020.

Up to 52.5 percent play esports daily for an average of two hours 55 minutes.

For instance, the number of views on Facebook Gaming, a section where fans can explore relevant gaming content on the American social networking service, increased 81.37 percent while engagement and coverage also grew 50 percent and 79.6 percent, respectively, during the COVID-19 pandemic.

The views from Vietnam on the YouTube channels of some major esports tournaments such as the 2020 Arena of Valor World Cup reached 109 million, twice as high as in 2019.

Esports is listed among the official events at the upcoming 31st Southeast Asian (SEA) Games.

The global esports market was posting annual growth of up to 15 percent prior to COVID-19. Notably, its revenue surpassed the US$1-trillion milestone in 2019.

However, due to the impact of COVID-19, the industry’s revenue in 2020 was forecasted to stop at $950.3 million, showing negative growth. 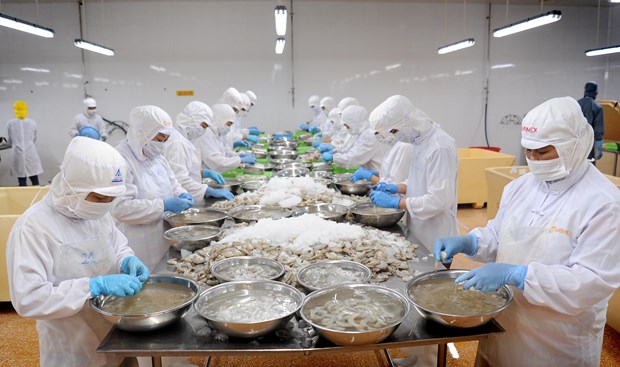 Vietnam Airlines recently converted one of its Boeing 787-9 aircraft to transport 40 tonnes of lychee from Hanoi to Ho Chi Minh City.

Before the pandemic its Dreamliners had a busy schedule, flying to Europe, Australia and the ultra busy Hanoi-HCMC sector, and few thought lychees will replace passengers on the modern airplane with a capacity up to 270.

The carrier has also deployed other planes to transport lychee.

Budget airline Vietjet has also been offering freight services to compete with leading logistic providers as demand balloons by the day. It has set up an online freight service , Swift247, in which it owns a 67 percent stake.

In the first three months of 2021, Vietjet transported over 18,000 tonnes of cargo, with its cargo subsidiary contributing nearly 50 percent of total revenues.

Since May, Bamboo Airways has been offer charter flights.

To compete in the summer, the high season for air travel, carriers have offered big discounts on fares and promotions like free check-in baggage to attract customers back.

Vietjet offered free insurance to all domestic passengers, including VND1 million compensation per day for loss of income in case of forced quarantine or Covid-19 infection as a result of traveling with it.

Newcomer Vietravel Airlines, which has a fleet of three airplanes, is pricing tickets at below breakeven level, according to Nguyen Quoc Ky, its chairman.

Vietnam Airlines and Vietjet have joined the effort to trial a vaccine passport.

This is seen as one of the keys to convincing countries to reopen borders to international travelers.

According to Planespotters, an online database on commercial aviation based in Berlin, Germany, over half of all aircraft in Vietnam are idling in near-empty airports.

In the case of Vietjet Air, over 50 out of its 74 airplanes are not flying.

In the first quarter, Vietnam Airlines suffered losses of nearly VND5 trillion ($218,4 million). To generate sufficient cash flows, it is now selling 11 of its A321 CEO planes.

Bamboo Airways has the least number of idle aircraft, nine out of 27.

The winner of Iran’s presidential election will face a host of tough challenges once he takes over from Hassan Rouhani in August. 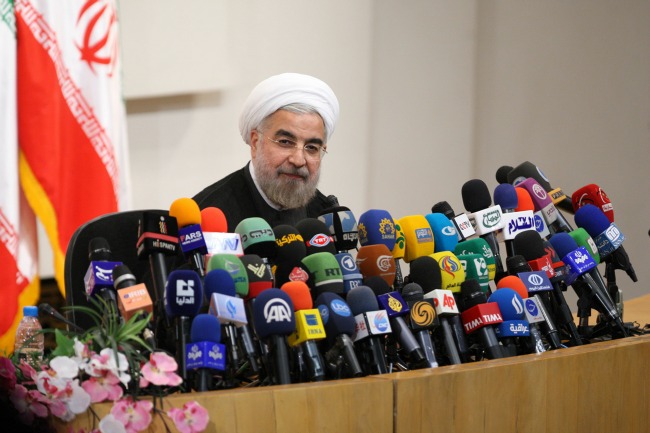 Seven men are running in the June 18 vote, with a possible run-off on June 25.


The ultraconservative Ebrahim Raisi is seen most likely to win after his strongest rivals were disqualified, and would take over the post in a country where ultimate power rests with the supreme leader Ayatollah Ali Khamenei.

Here are the five top issues the next president will have to address.

All candidates agree that the top priority is to revive an economy hit hard by sanctions since former US president Donald Trump pulled out of the Iran nuclear deal, the damage later compounded by the Covid-19 pandemic.

There were initially high hopes for an influx of foreign investment after Iran’s 2015 accord with world powers, in which it pledged not to build or acquire nuclear weapons — a goal it has always denied pursuing.

But those hopes were dashed when Trump in 2018 withdrew from the deal, and launched or reimposed crippling sanctions as part of a sweeping “maximum pressure” campaign.

Iran lost billions in crucial oil revenues, and was locked out of the international financial system.

The International Monetary Fund says GDP fell by more than six percent in both 2018 and 2019, and only returned to modest growth last year.

Unemployment has risen, the rial currency has collapsed, and prices have soared amid inflation — which the IMF projects at 39 percent for this year.

“If the sanctions are lifted, we will have a stabilisation of the macroeconomic environment, with an acceleration of growth and a fall in inflation,” said Thierry Coville, of the Institute of International and Strategic Relations in Paris.

But the new president will still have to manage public expectations, Coville warned, because “one of the risks is that people think that everything will improve immediately and find themselves very disappointed”.

If a compromise on the nuclear issue is reached, it “will probably not allow Western investors to return to the Iranian market in the short term,” said Clement Therme, of the European University Institute in Florence, Italy.

“For this to happen, a diplomatic normalisation between Tehran and Washington seems to be an indispensable condition,” Therme told AFP.

However, Khamenei is hostile to any rapprochement with the United States, which after decades of hostility is commonly labelled the “Great Satan” or the “Global Arrogance” in Iran.

Therme said “the new president will have to find a new way to ensure a minimum of improvement in the economic living conditions of the population by managing the level of hostility with (the administration of US President Joe) Biden”.

Frontrunner Raisi says he wants to prioritise relations with countries geographically close to Iran, which has been on friendly terms with China.

Under a Raisi presidency, tensions with the West would likely continue to simmer, but the process of diplomatic normalisation with Saudi Arabia, Iran’s great regional rival, should continue, according to several experts.

– Emerging from the pandemic –

According to official figures widely believed to underestimate the real toll, some three million people have been infected, of whom more than 81,000 have died.

Iran has fallen behind in its vaccination campaign, partly because of US sanctions.

An easing of sanctions, as well as the possible short-term release of one or more Iranian-designed vaccines, could help the effort.

Iran’s isolation and economic pain, as well as the bloody repression of two waves of protests, in the winter of 2017-2018 and in November 2019, have left their mark.

Iranians were also dismayed by the January 2020 downing of a Ukrainian airliner by Iran’s military amid high tensions with the US.

“The crisis of confidence is deep and widespread,” said reformist journalist Ahmad Zeidabadi.

Authorities feared a renewed low voter turnout this week after a record abstention rate of 57 percent in February 2020 legislative elections.

“The future government will have to take some immediate steps to restore confidence,” said Zeidabadi, including, in his view, “lifting the blocking of certain social networks such as Telegram and Twitter (and) giving up being tough on women’s veils”.

Ecological issues may be Iran’s forgotten priority, but they loom large in the country of 83 million threatened by climate change, water shortages, desertification and urban air pollution.

“The environmental crisis in Iran is a reality,” Coville said, but so far “we have the impression that the government is not able to put in place a comprehensive policy”.

Environmental issues were not discussed in three televised pre-election debates.

“Environmental issues will be … of great importance” but “the causes of the problem (are outside) the president’s field of competence,” Therme said.

“Water resources are depleted,” said Zeidabadi who pointed to “destruction of natural resources” caused by unsustainable agricultural and industrial practices.

Unfortunately, he added, “it only takes two rains for those in charge to completely forget about it”.