HCMC – Businesses in HCMC on June 15 donated eight tons of rice and other gifts to residents of the Ehome 3 apartment building compound on lockdown in Binh Tan District, HCMC, as part of the “Saigon Times – Great Circle – Join hands to fight the Covid-19 pandemic” program.

The necessities were mainly provided by the An Cuong Wood Working Joint Stock Company, the Saigon Thang Long Group and the Thang Loi Group.

The “Saigon Times – Great Circle” program last year saw the participation of many businesses in HCMC and other localities nationwide. For six months of the program, the businesses donated necessities and medical equipment to frontline medical workers, border guards and underprivileged people across the country.

The program also provided relief to people affected by storms and floods and support to localities to promote tourism.

This year, the Saigon Times Group is calling on businesses, individuals and organizations to join the “Saigon Times – Great Circle – Join hands to fight the Covid-19 pandemic” program to support people in need.

The fourth Covid-19 wave, which began on April 27, has negatively affected the livelihoods of many people in HCMC. Due to an upsurge of new Covid-19 cases, the city has put some areas under lockdown or isolation.

Ehome Binh Tan is one of the areas that have been put on lockdown to curb the spread of the disease. Therefore, the Saigon Times Group collaborated with businesses to provide relief aid to the residents here.

Nguyen The Loi, board chairman of the Saigon Thang Long Group, said, “This is the second time that our company and partners have joined the Saigon Times – Great Circle program of the Saigon Times Group. In the first program in 2020, we gave medical equipment and gifts to border guards in the southern provinces when the pandemic broke out.”

According to Loi, social distancing measures have made life even more difficult for disadvantaged people. Therefore, the An Cuong Wood Working Joint Stock Company, the Saigon Thang Long Group and the Thang Loi Group decided to lend a helping hand.

“We expect to donate 50 tons of rice to needy people that have been severely affected by Covid-19. On June 11, we gave eight tons of rice to people in 16 wards of Go Vap District. Today, we also donated two tons of rice to the locals of Thanh Loc and An Phu Dong wards, District 12,” he added. 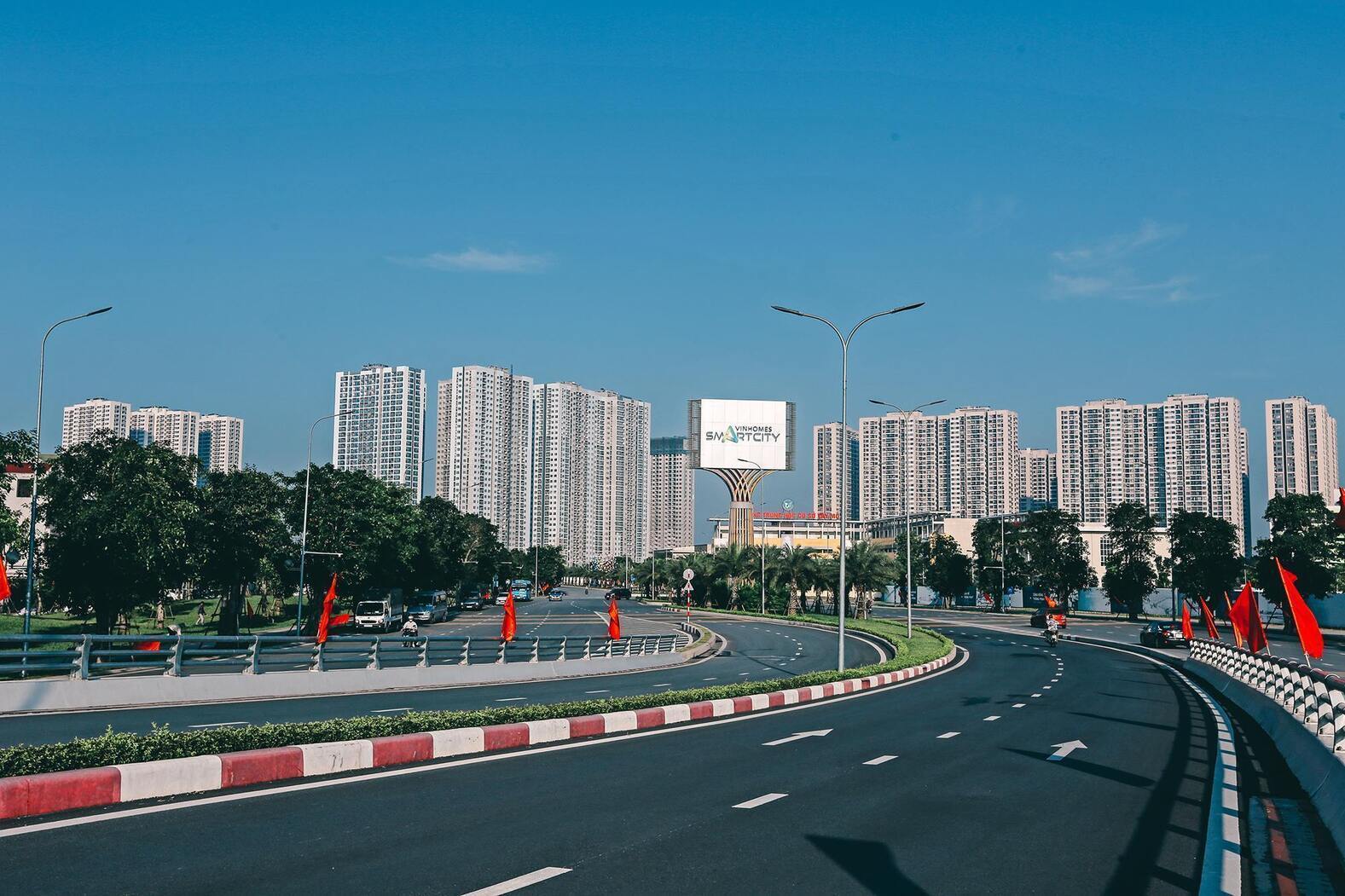 VietNamNet would like to introduce the perspective of Nguyen Dinh Cung, former Head of the Central Institute of Economic Management (CIEM).

By 2025, Vietnam would become a developing country with industry going towards modernization and income surpassing the lower average level.

By 2030, Vietnam would become a developing country with a modern industry and higher than average income.

By 2045, it would become a developed country with high income.

These goals and the criteria show the Vietnamese burning desire of overcoming the middle-income trap and narrowing the development gap between Vietnam and other countries in the region and the world, or even surpassing them.

Risk of lagging behind

Vietnam has been growing well over the last 30 years with an average growth rate of 6.5 percent. This has allowed it to escape the status of underdeveloped country and become a lower-middle-income country.

The growth quality has improved in recent years. The TFP growth rate and TFP contribution to GDP have become higher.

However, the economy heavily depends on investment growth, credit growth and increase in number of workers.

Productivity in 2020 increased by only 5.4 percent, a 5-year low, which was lower than China’s 7 percent and India’s 6 percent.

The TFP and productivity increases were not high enough to narrow the gap between Vietnam and other countries.

In 2020, because of Covid-19, production and business activities became stagnant, and the public investment works put into operation still could not prove their full capacity. The ICOR was very high at 14.28. As a result, the average ICOR in 2015-2020 was 7.04.

This means that the investment efficiency in Vietnam is low, at just 50-75 percent of the rate in China, South Korea, Japan and Taiwan during their development periods.

So, the conclusion is that Vietnam’s economic growth rate is relatively high, and the economy has been growing but the growth rate has slowed down and is lower than the potential.

If Vietnam cannot make enough improvements in investment efficiency, productivity and TFP growth rates, it won’t be able to obtain the goals set by the 13th Party Congress for 2025, 2030 and 2045, and it will not be able to narrow the gap between it and developed nations.

Regarding the structure of economic sectors, the official private sector in 2020 contributed 10 percent to GDP only, while FIEs (foreign invested enterprises) had nearly 20 percent. The proportion of state-owned sector decreased, but it was still higher, 28 percent. The remaining 42 percent was made up by business households and cooperatives.

As such, the average GDP growth rate of 6.6 percent in 2011-2019 was obtained mostly thanks to the domestic private sector and FIEs.

Only the high economic growth rates like that of the private sector and FIEs will help Vietnam catch up with developed countries in the upcoming decades.

It is obvious that there is huge space for private sector development and the potential is by far bigger than other sectors. It will be the driving force of Vietnam’s economic growth in the time to come.

In other words, only when the domestic private sector develops strongly will the economy obtain a high GDP growth rate as expected, and increase self-control and resilience.

In theory, developing the foreign invested sector will also help maintain high economic growth rates. However, Vietnam should not let FIEs develop with no limitations, or it will then entirely rely on foreign resources, and won’t be able to stay independent and obtain rapid and sustainable development.

Regarding business fields, the average annual growth rate was 7.4 percent (it would be 7.9 percent if excluding the impact of Covid-19) for industry and construction in 2011-2020; 6.55 percent (7.02 percent) for services; and 1.94 percent for the agriculture-forestry-fishery sector.

By 2020, industry and construction accounted for 40 percent of GDP, 45 percent of services, and 15 percent agro-forestry-fishery.

Thus, in order to increase the economic growth rate by more than 7 percent as set out by the 13th Party Congress, the growth rates of all three sectors, especially the industrial and construction sector, need to be improved significantly.

The first store of Vietnam’s TNI King Coffee was opened in California, the US. (Photo courtesy of the company)

The cafe-chain store which originated from Vietnam is strategically located in Anaheim California .

This marks the second overseas store of the cafe-chain which operates more than 50 outlets in Vietnam, the Republic of Korea and now the US.

The layout is designed to combine Eastern and Western culture, reminiscent of the country and people of Vietnam, while the Grab & Go area provides a feeling of convenience and comfort to visitors.

TNI King Coffee’s shop in the United States serves a full range of traditional Vietnamese coffees, such as filter coffee, iced coffee and iced milk coffee, with beans imported from Vietnam and around the world with the ingredients of TNI King Coffee’s specialty roasted and ground products./. 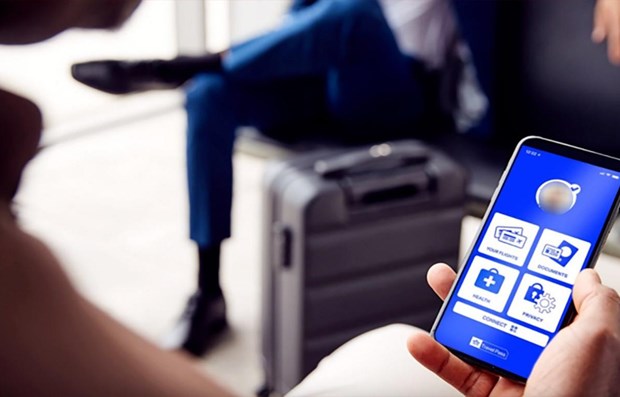 A passenger with a COVID-19 safety certificate for check-in (Photo: IATA)

The IATA Travel Pass is a mobile app that allows travellers to store and manage certifications for COVID-19 tests or vaccines. The app has been available in iOS and Android stores.

The information provided through the IATA Travel Pass can be used by governments requiring testing or vaccination proof as a condition of international travel during and after the COVID-19 pandemic. It is a secure means to manage health requirements and much more efficient than paper processes.

The app consists of four modules – a global registry of health requirements, a global registry of testing centres, a lab app to securely share test and vaccination certificates with passengers, and a contactless travel app that enables passengers to create a digital passport and manage their travel documentation digitally.

At all times, travellers remain in control of their data with their privacy protected as the IATA Travel Pass does not store any data centrally.

Before making a flight, passengers download the IATA Travel Pass application, fill in information, and take a COVID-19 test at designated facilities. They will receive an “OK to Travel” if their travel health credentials meet the destination’s requirements.

It has so far received positive feedback from governments of 70 countries and applied by more than 20 airlines, including Singapore Airlines, Qatar Airlines, All Nippon Airways, Etihad, Emirates, Korean Air, Virgin Atlantic, and Ethiopian.

According to an IATA survey of 4,700 people in 11 countries, 89 percent of respondents supported a globally standardised COVID-19 test or vaccination certificate, while 84 percent wanted a globally recognised smartphone app to manage health credentials while traveling by air.

A convenient solution for global citizens

The Kuwait-based Jazeera Airways, which is testing the IATA Travel Pass , has conducted a survey on the importance of contactless procedures for passengers during the pandemic. Over 90 percent of respondents said they would prefer to use self-check-in alternatives, mobile boarding passes and e-gates when traveling. 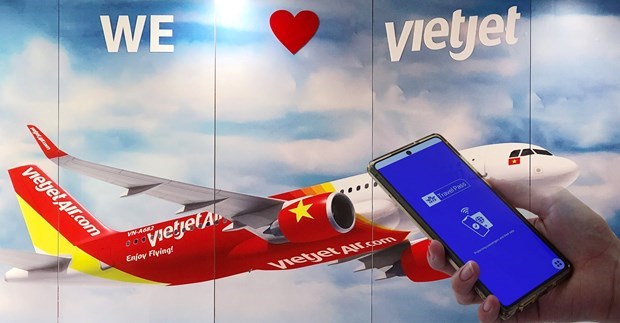 Vietjet is one of the first airlines in the world to trial IATA Travel Pass (Photo: VietnamPlus)

“Vietjet is one of the first airlines in the world to trial IATA Travel Pass. Vietjet strongly believes that with IATA Travel Pass, our passengers will get the best experience on their upcoming travels,” said Vietjet Managing Director Dinh Viet Phuong.

The IATA Travel Pass team has been working closely with Vietjet – an IATA member, and the relevant Vietnamese authorities, as well as with other IATA members and governments to ensure the product could support and facilitate safe international travel.

In order to facilitate the application of “vaccine passport” in travelling, countries should recognise each other’s certificates in a comprehensive and synchronous manner in terms of language, data and information security.

According to the Civil Aviation Authority of Vietnam, Vietnam has yet to issue legal regulations related to the application of the “vaccine passport” as well as government and ministry-level agreements with other countries to enable the application for foreigners.

Earlier, addressing the launching ceremony of the COVID-19 vaccination campaign in Vietnam, Health Minister Nguyen Thanh Long said that the vaccination system of Vietnam will be connected with the systems in other countries and expanded to link with the “vaccine passport” in the future with the whole management system using QR code. Those who are vaccinated against COVID-19 will receive certificates and have their information updated in their electronic personal health records./.