Hanoi has decided to reopen schools after a 14-day closure. Many parents are thrilled that their children can return to classes. 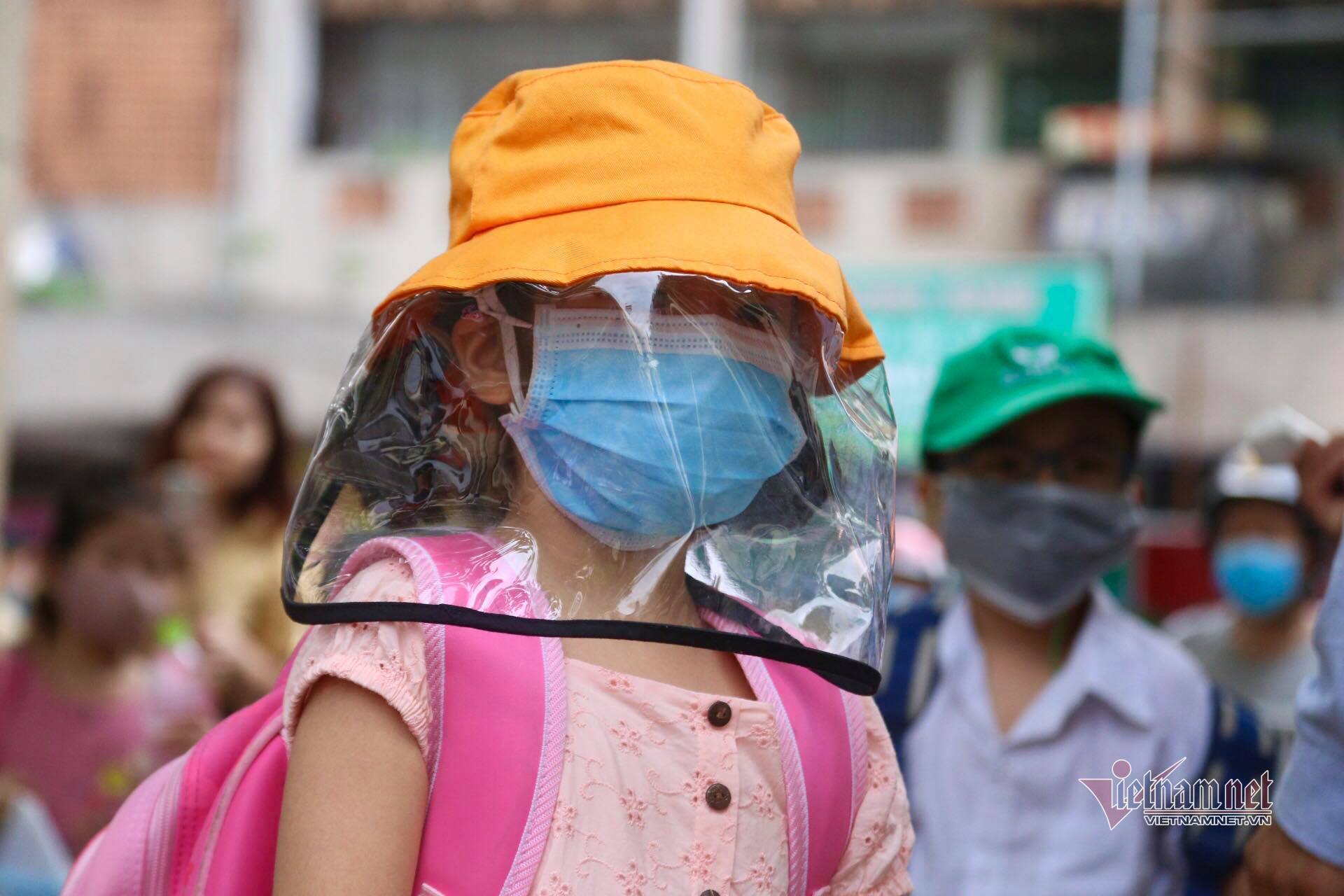 For the last month, the life of Hoang Mai Van’s family in Ha Dong district, was chaotic because her children could not go to school.

As her husband is usually on business and away from home, Van has had to take care of the two children, a second and a fifth grader. She had to work from home in the week before Tet to have time to tutor them.

“I felt tired as I had to prepare meals, clean the house, work and remind them of online classes,” she said.

“As the younger child is still small, I had to attend online classes with him to help him log in to class and turn on the microphone,” she said.

After the Tet holiday, she had to go to the office, leaving the children with their grandmother. However, she still feels overloaded because “the phone rings all the time”.

“I am at the office but I still have to watch over my children from a distance,” she explained. “They ring me so regularly during the classes, complaining they cannot enter the classes because the teachers have changed passwords for class entrance, or they cannot hear the teachers’ voice.”

Van was excited when hearing that students would return to school from March 2.

“I will feel secure if children go to school. I hope that Covid is contained and everything will return to normal,” she said.

Having two children in the fourth and seventh grades, Dao Ngoc Anh in Ba Dinh district also complained that “too many troubles have arisen since the kids have had to stay at home”.

She has to take her younger daughter together with her to the office every day, because the girl cannot manage herself at home. Meanwhile, the older daughter staying at home usually calls her to ask for help fix problems with computers.

However, what worries Anh the most is the quality of online teaching.

“My daughter complains that she sometimes cannot listen to the teacher because she is unexpectedly thrown out of the class and has to log in again,” she said.

Mai Thanh Huyen in My Dinh said the parents’ productivity has decreased since the day schools close the doors.

“I have so many things to do during the day: I have to print papers, send schoolwork to teachers, fix computer problems and keep watch over messages,” she said. 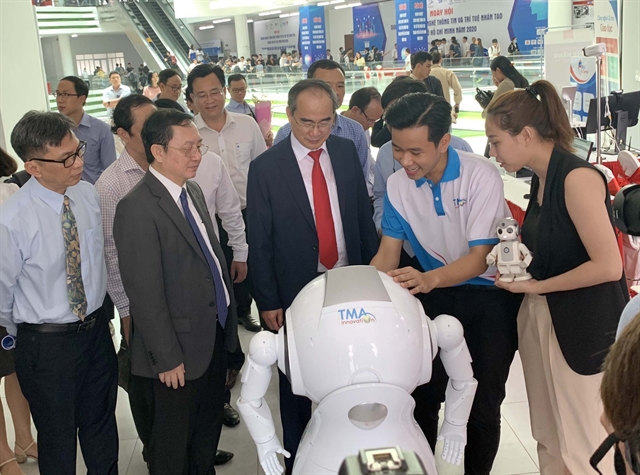 HCM City leaders look at AI products displayed at an exhibition held on the “Day for AI and IT Enterprises” event recently in HCM City. VNA/VNS Photo Thu Hoài

HCM CITY — HCM City authorities plan to promote Artificial Intelligence (AI) as part of its effort to become a smart city with e-government, e-enterprises and an electronic society by 2030.

Dương Anh Đức, vice chairman of the city People’s Committee, said the plan, part of the programme on “research and development of AI applications in HCM City for the 2020-2030 period”, will play an important role in smart-city development in the next five years.

Under the programme, a database of all sectors, ranging from housing, transport and environment to healthcare, will share data among all the city’s administrative departments.

This will help social organisations, businesses and residents have better access to public information and services online provided through mobile devices and other means, according to Đức.

The city will focus on developing start-ups and small- and medium-sized enterprises (SMEs) in the field of AI.

The city is encouraging businesses to apply AI  to enhance competitiveness and is also calling for investment in the field and promotion of AI products made by Vietnamese.

The city aims to increase by 20 per cent per year the number of scientific works, AI patents and AI applications, and invite leading AI experts to work short or long term in the city.

It has also called for investment in telecommunications and IoT (Internet of Things) infrastructure, and e-identification platforms in order to develop a digital government and economy.

The city will set up AI hubs that will include AI training centres, AI research clutters and a centre for AI start-ups, which will be connected with one another through the city’s data centre and infrastructure.

The city also aims to offer all public services online by 2030.

Dozens of apps in the transport, housing, and health sectors have appeared in recent years. They are easy to use and available on both Android OS and iOS operating systems, she said.

The city has also digitised about 60 per cent of civil status books, and the work is expected to be available in June. Based on this database, other departments like education and health will upgrade their databases.

Such databases will allow the Department of Education and Training to forecast the school-age population to meet the needs of new students, while the Department of Health will set up a shared medical record system among hospitals in the city and the country.

In addition, the rate of residents and enterprises having electronic accounts for payments is expected to be more than 85 per cent by 2030.

By 2030, the digital economy is expected to account for 40 per cent of HCM City’s gross regional domestic product and annual labour productivity will increase at least 9 per cent. — VNS