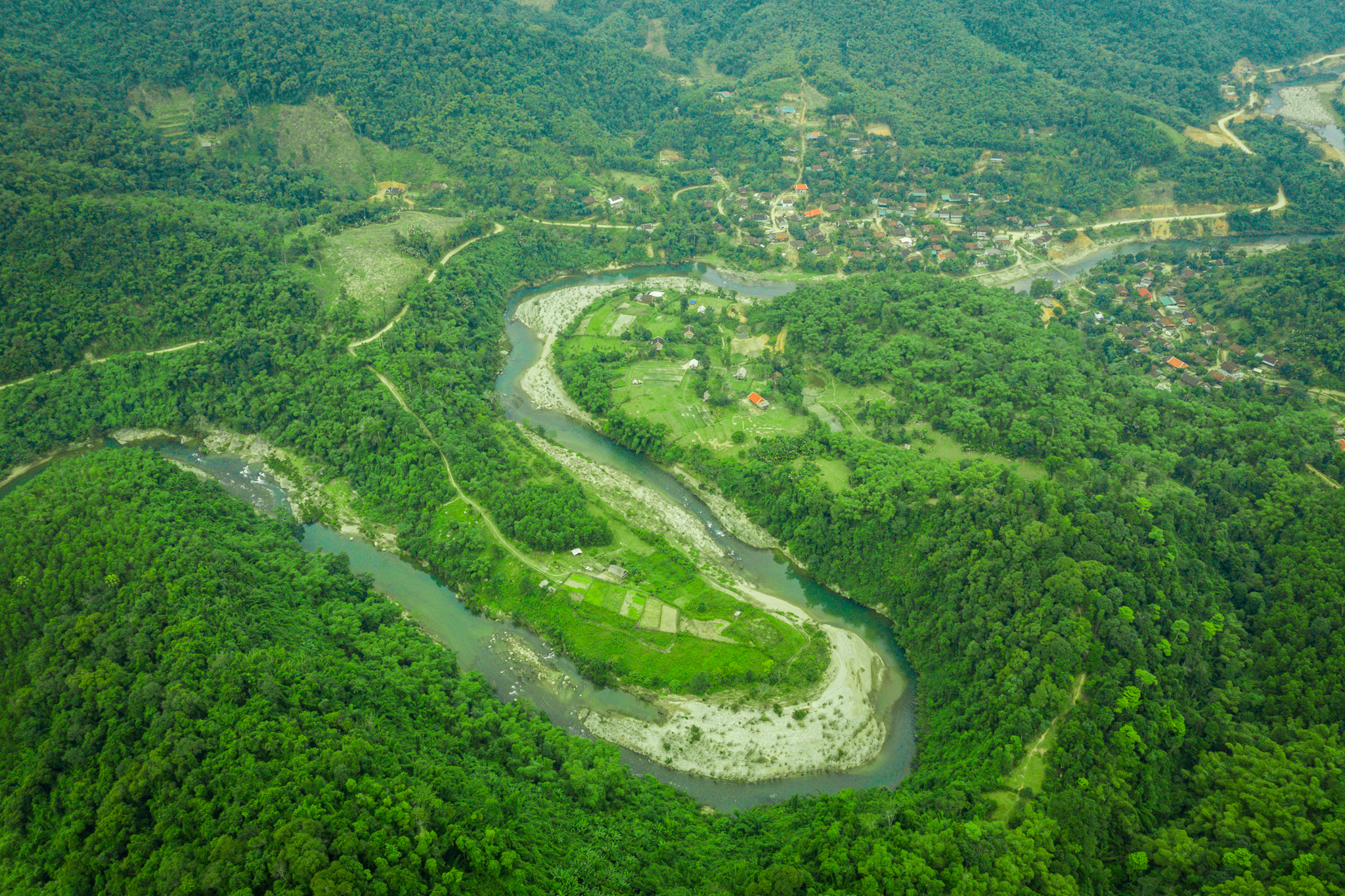 The largest province in Vietnam, about 16,490 square kilometers in size , Nghe An adjoins Thanh Hoa Province to the north and Ha Tinh Province to the south, bordering Laos to the west and the ocean to the east.

An said he had not returned to Nghe An for nearly a decade, with his trip late last year reminding him of the province’s many beautiful, pristine landscapes he has yet to discover. 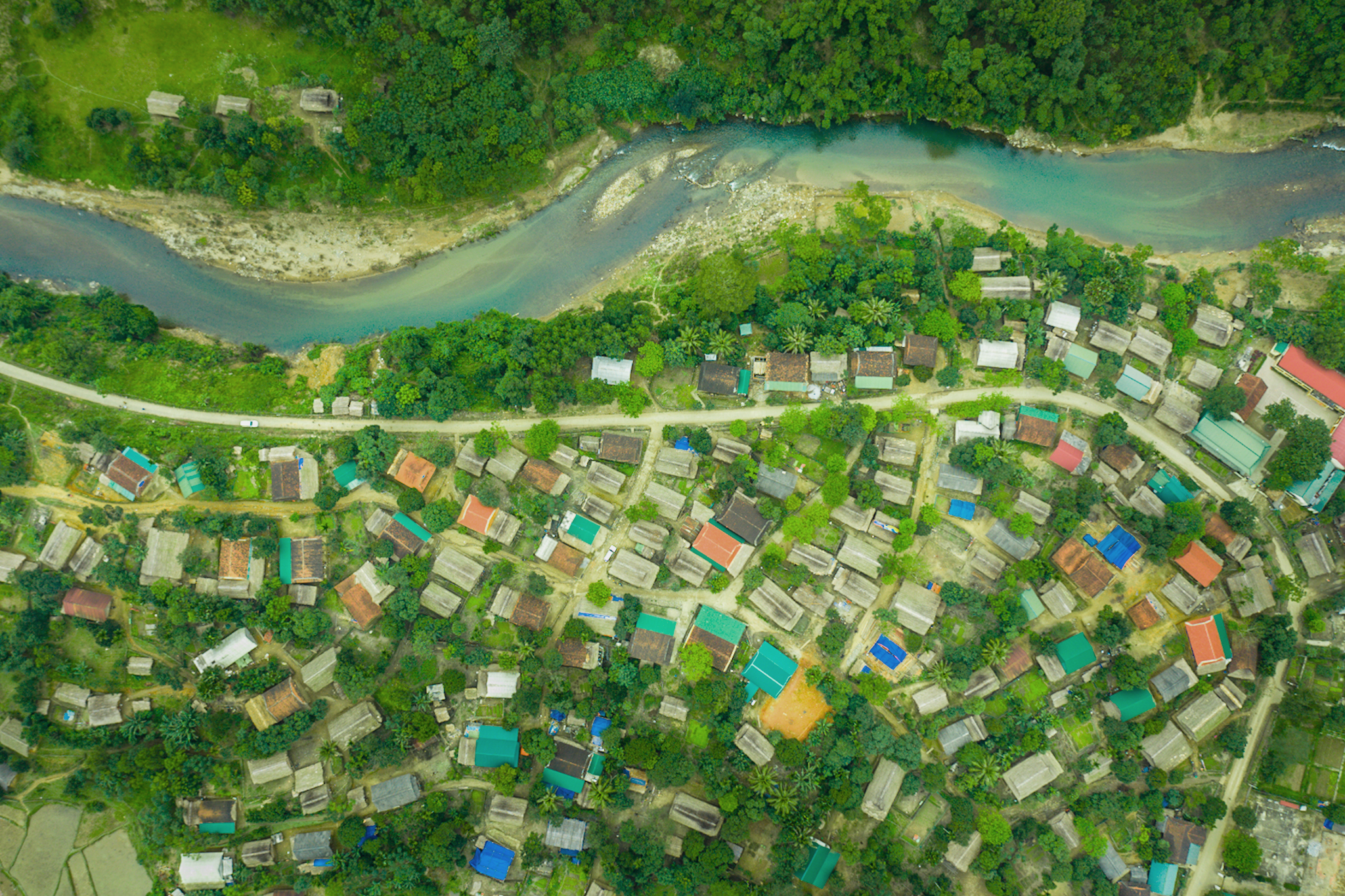 The village is inhabited by the Dan Lai ethnic minority who keep both their natural surroundings and lifestyle intact. 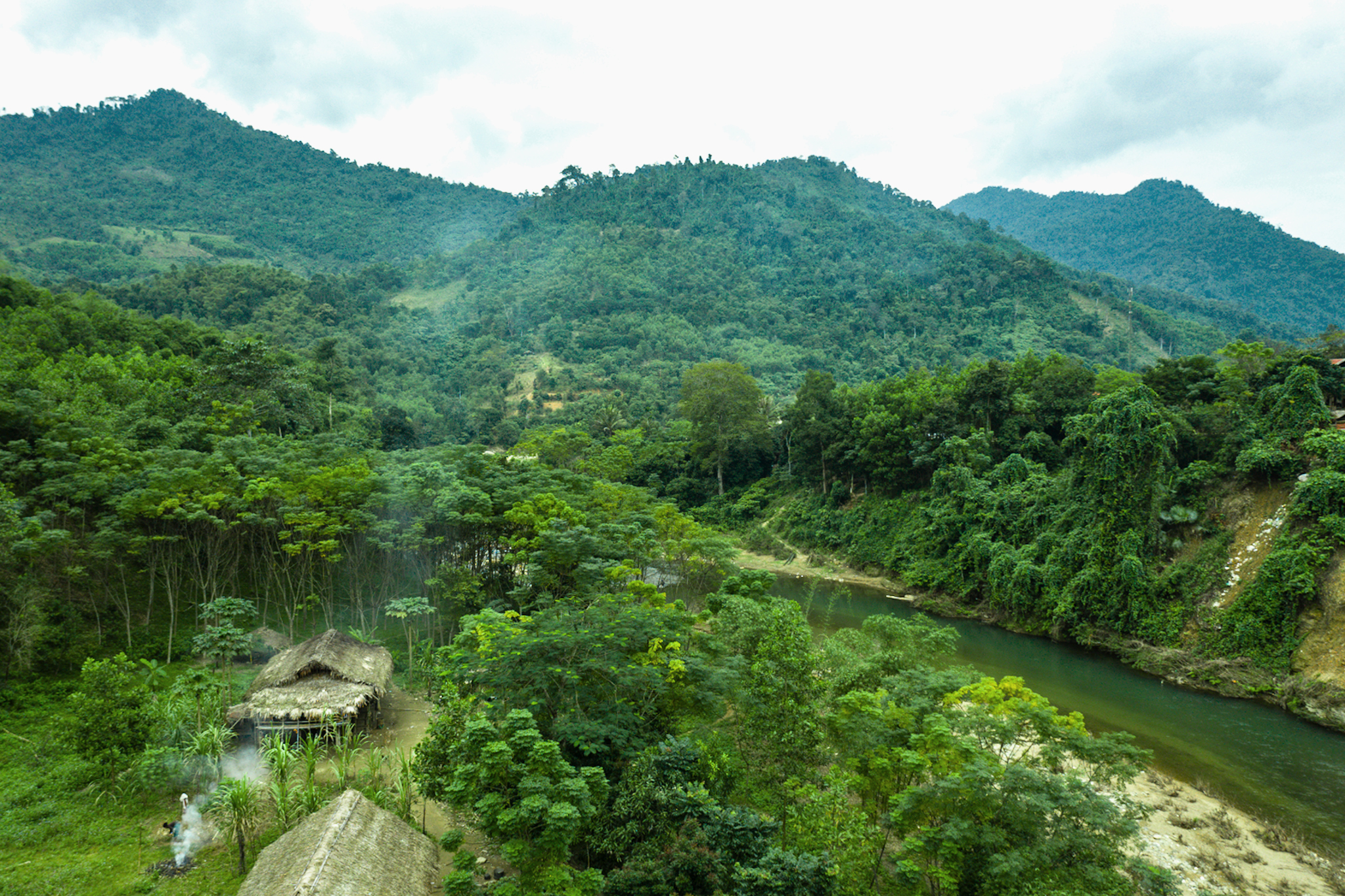 A small corner of Khe Bu Village, where tourists can experience the rustic lifestyle of the Dan Lai.

Nowadays, as the smallest ethnic minority in Nghe An, the Dan Lai reside solely in the mountains bordering Laos.

Once upon a time, it is said, after a local committed a terrible crime, the king penalized the village, forcing its inhabitants to seek refuge in the dense forest where they slept upright to evade danger. 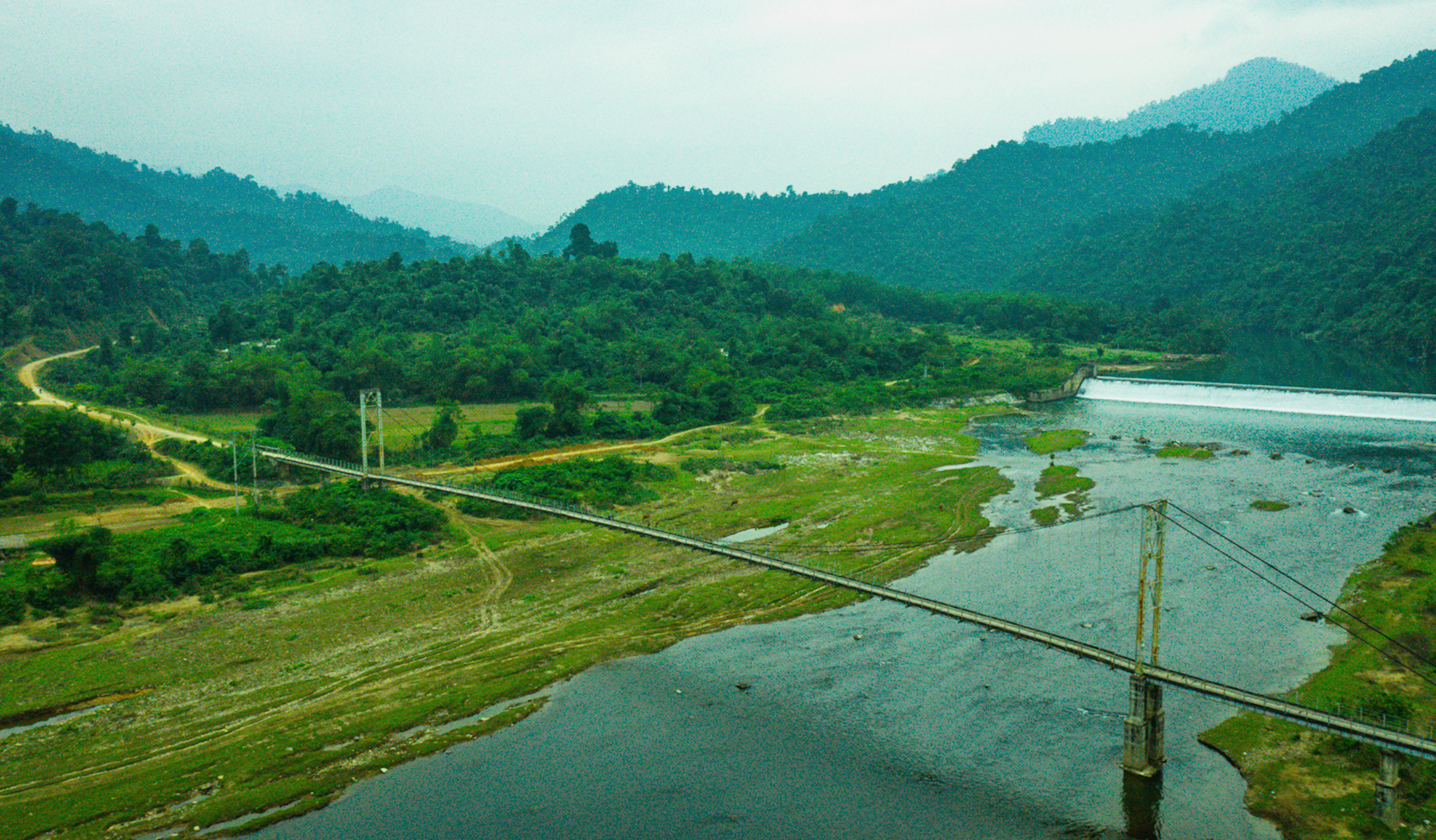 Leaving the village, An crossed the Pha Lai suspension bridge. Late in the afternoon, he caught a group of locals crossing the bridge on their way home after a day working in the nearby rice fields. 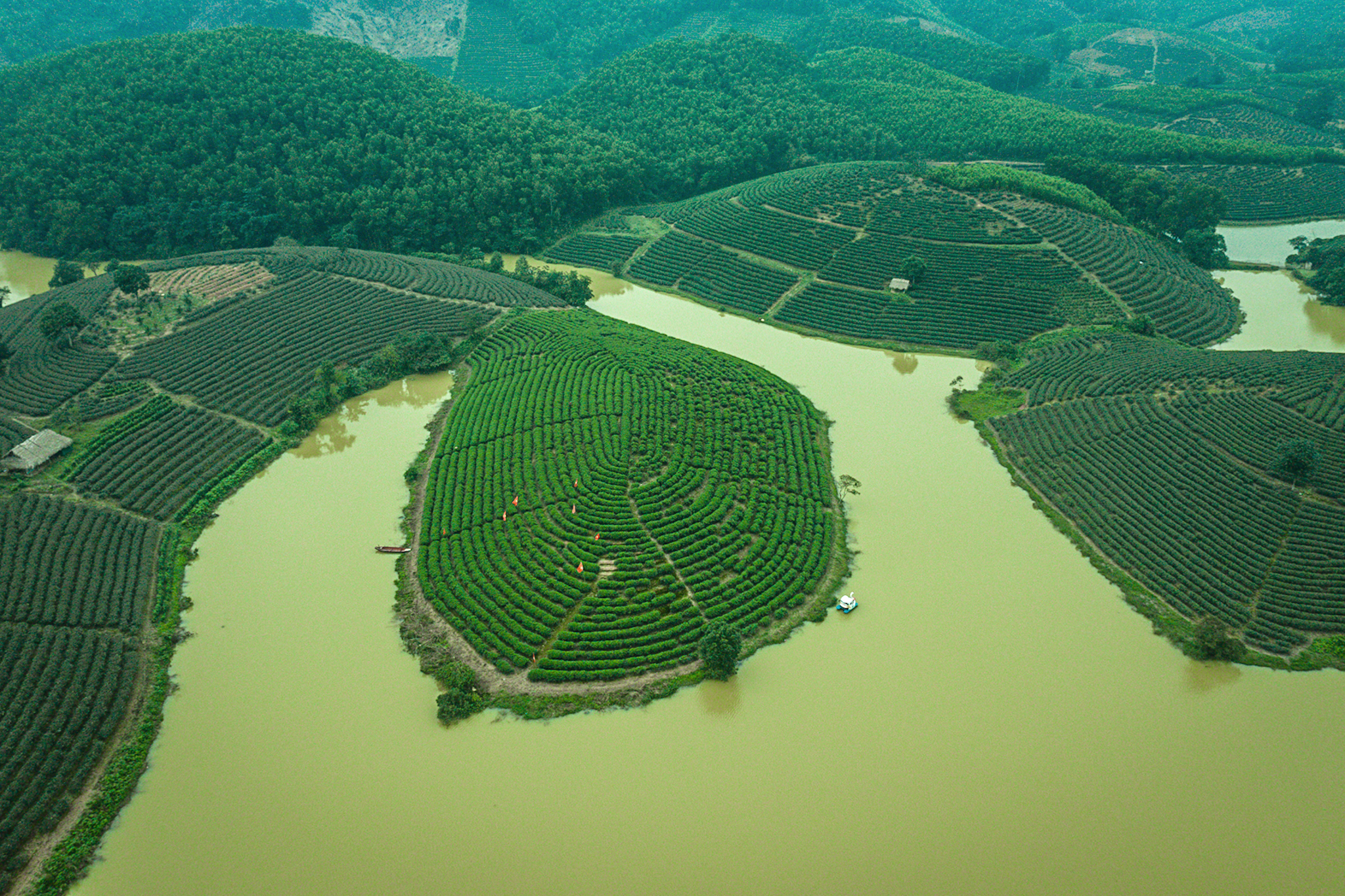 Located on the Ho Chi Minh trail near the border with Laos, the Thanh Chuong tea hills in Nghe An, 330 kilometers south of Hanoi, has an unusual setting.

More than 50 years ago, a dam was built here to irrigate more than 700 hectares of rice fields in Thanh An and Thanh Thinh communes of Thanh Chuong District. Three years ago, local farmers began growing green tea. Now there are nearly 200 households growing tea across more than 400 hectares.

Tea estates in Moc Chau, Thai Nguyen and Da Lat can be visited on foot, but those in the Thanh Chuong hills are only accessible by boat. 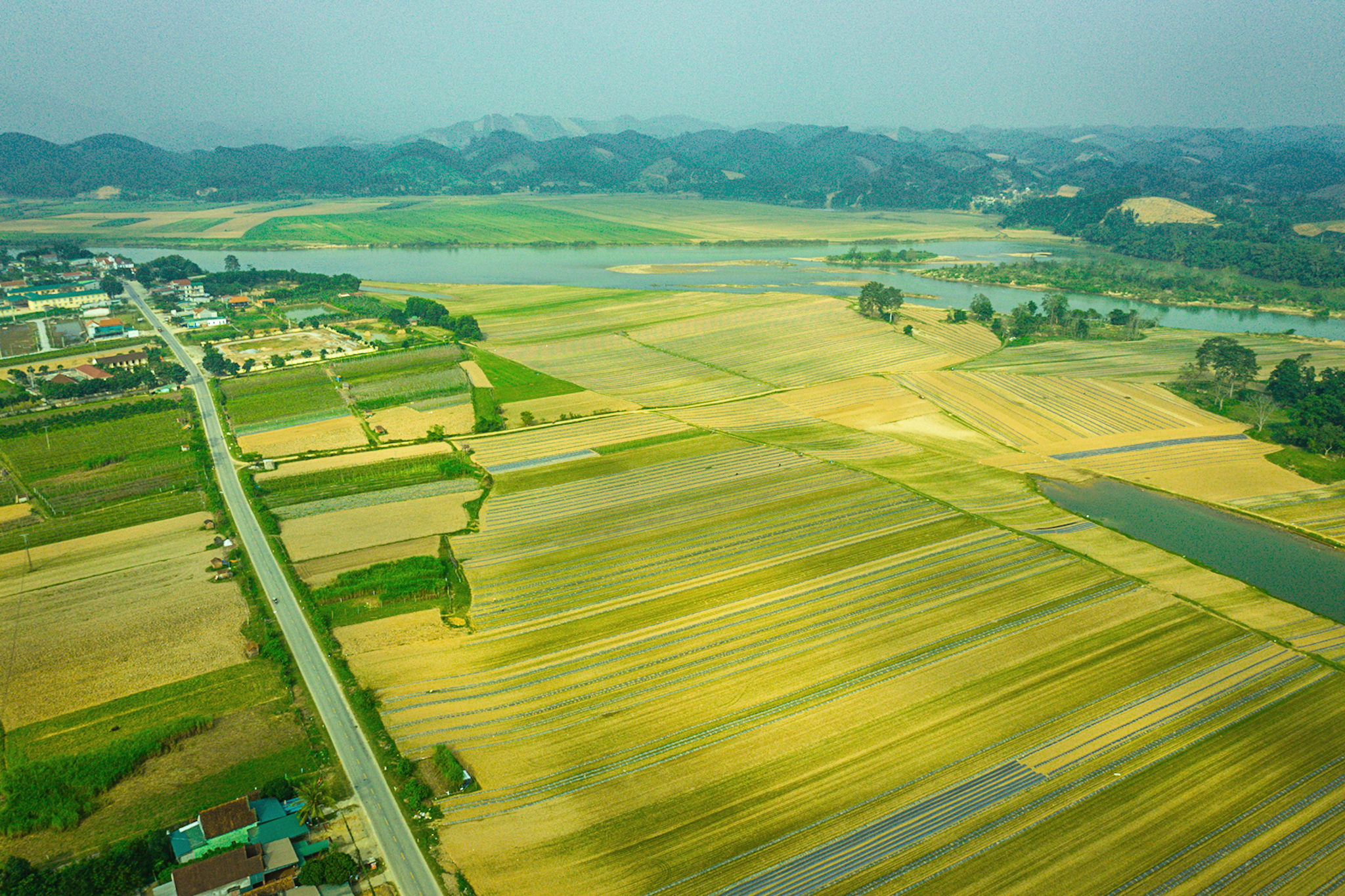 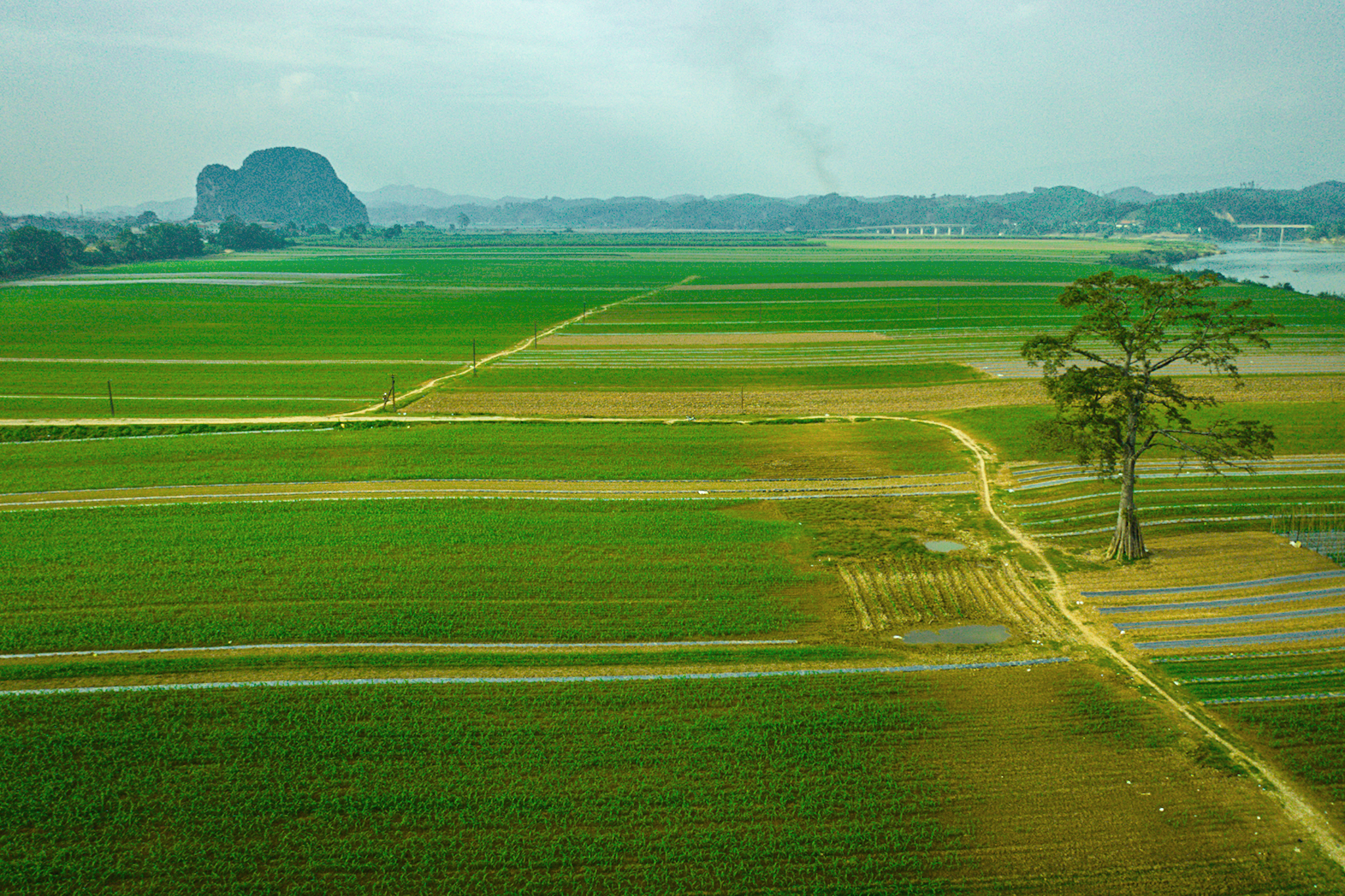 The ideal time to visit Nghe An is either March-April or November-December, with flowers blooming throughout the province, especially sunflowers.

June and July are referred to as the Foehn-wind period, pushing the daily temperature up to 45 degrees Celsius. 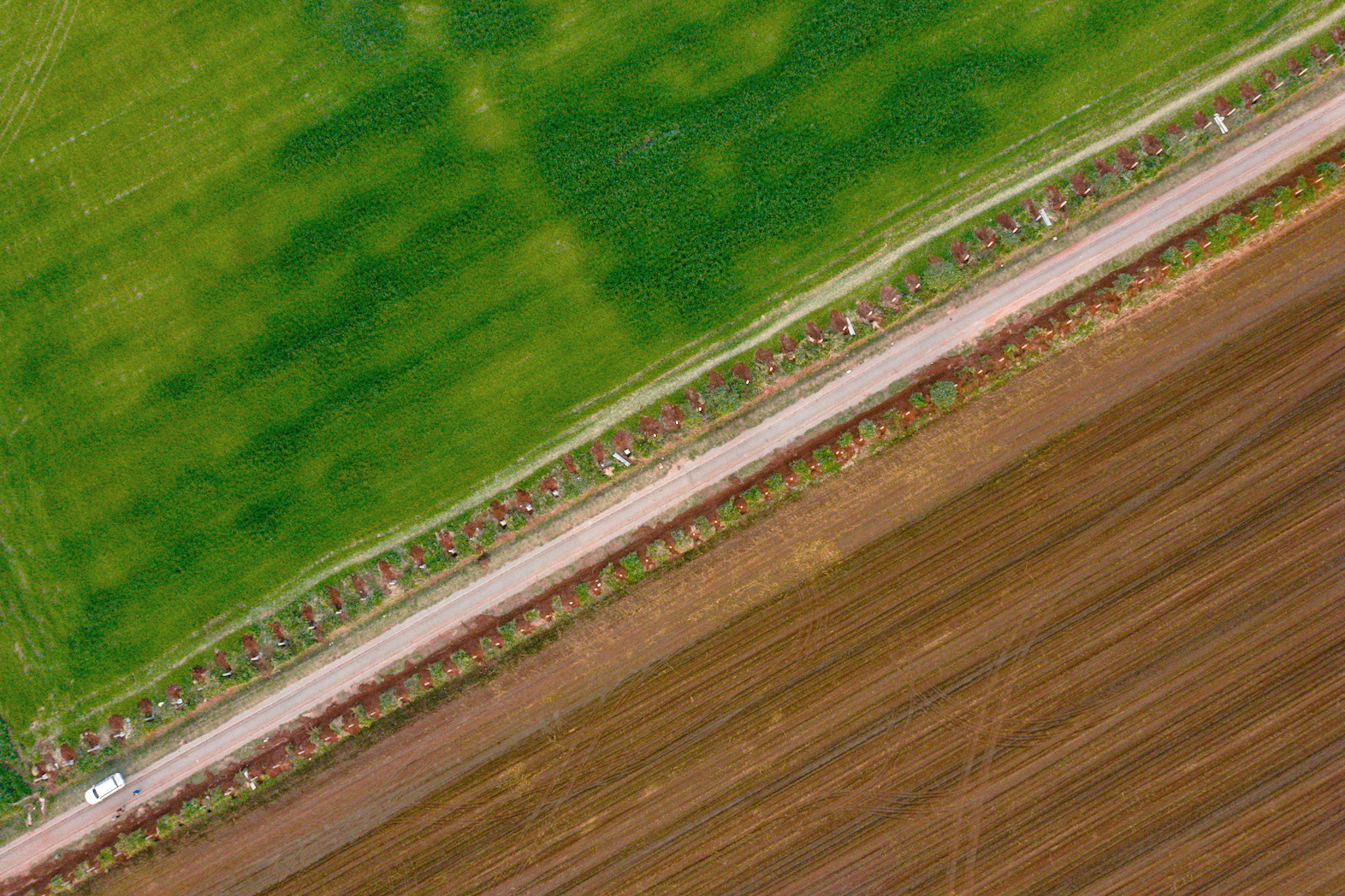 Visitors to Nghia Dan District will notice many fields similar to the above covering hundreds of hectares, the ones with red soil used to cultivate flowers, and the green ones, to grow feed for dairy cows. 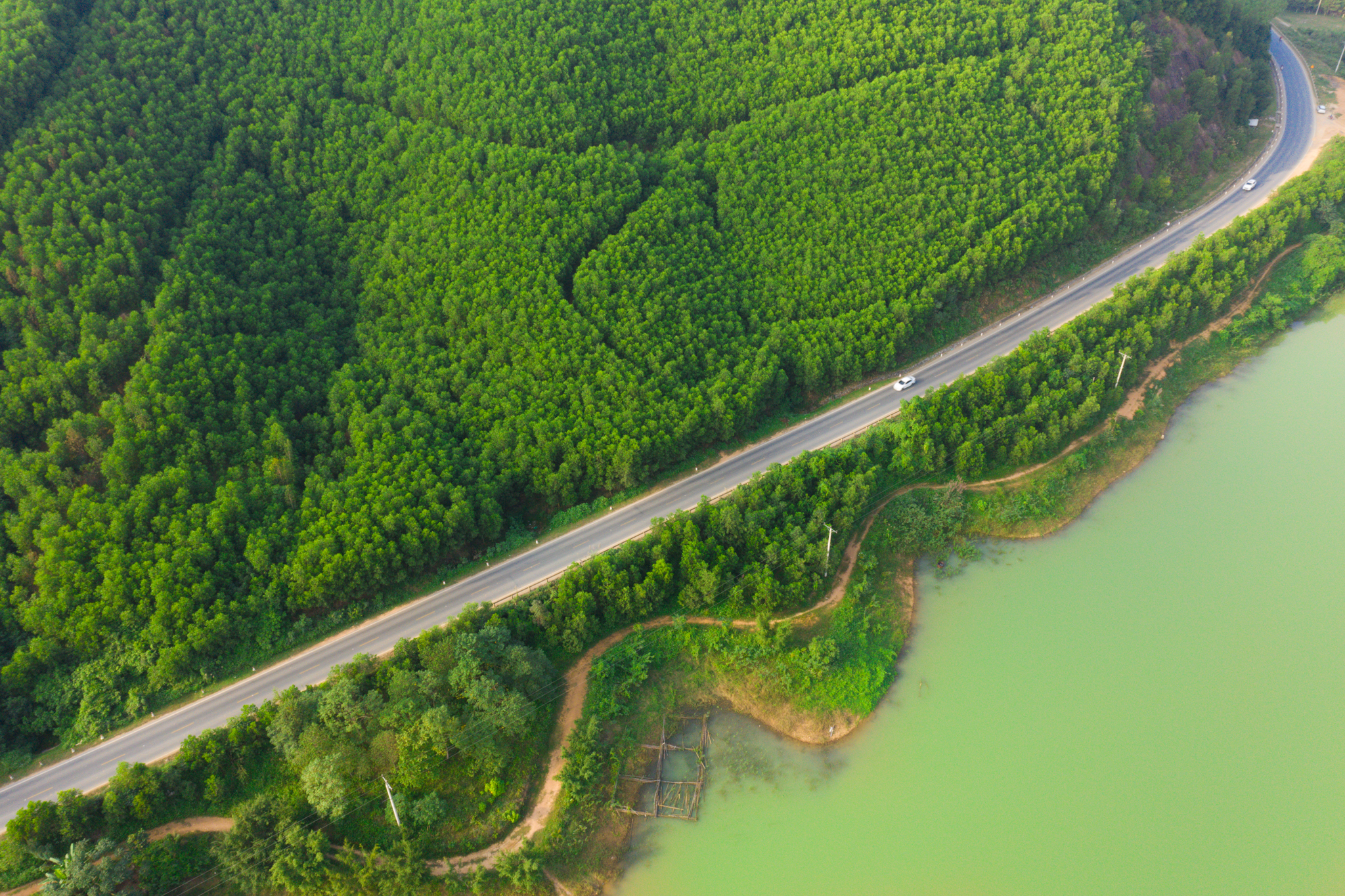 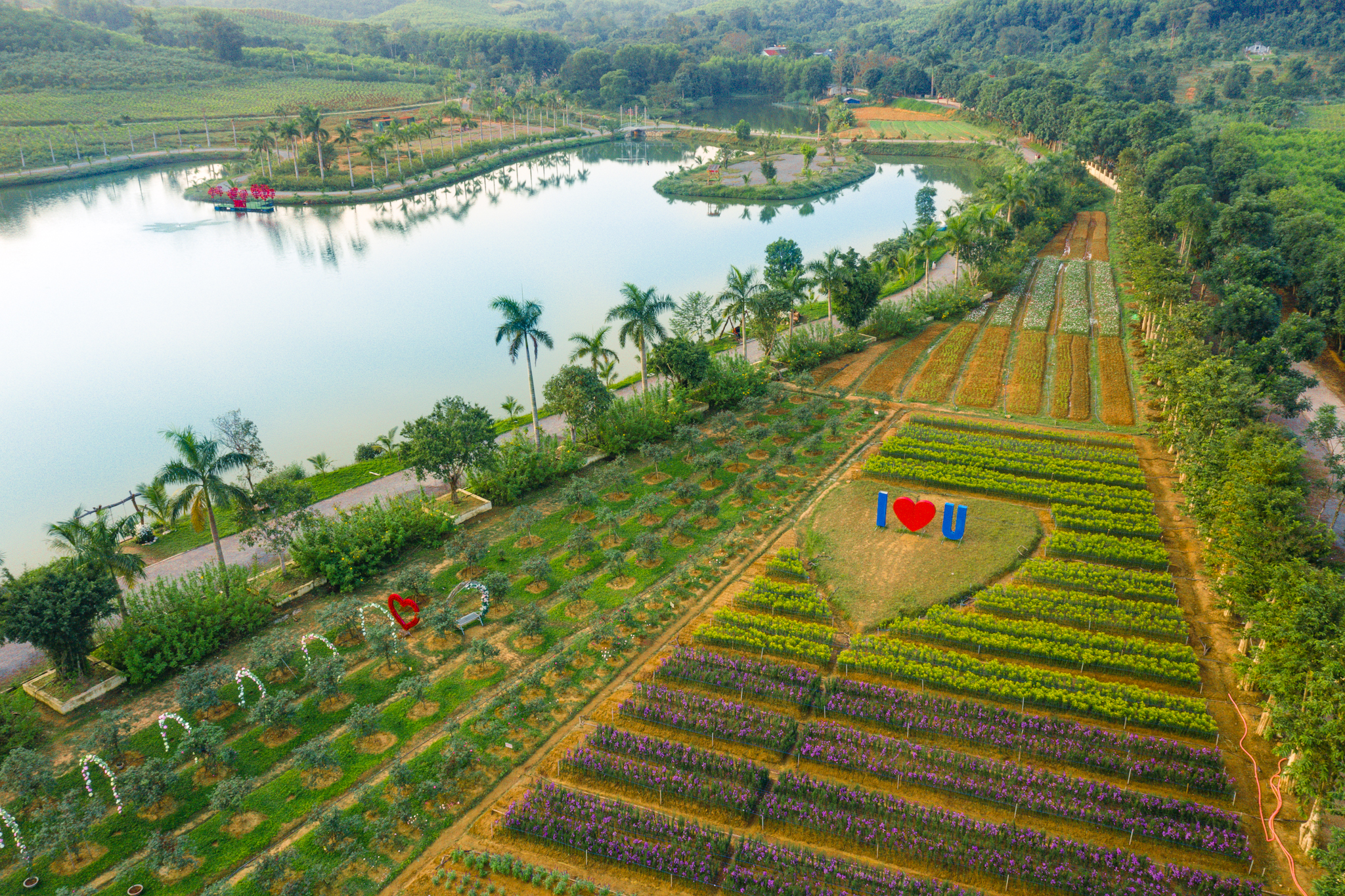 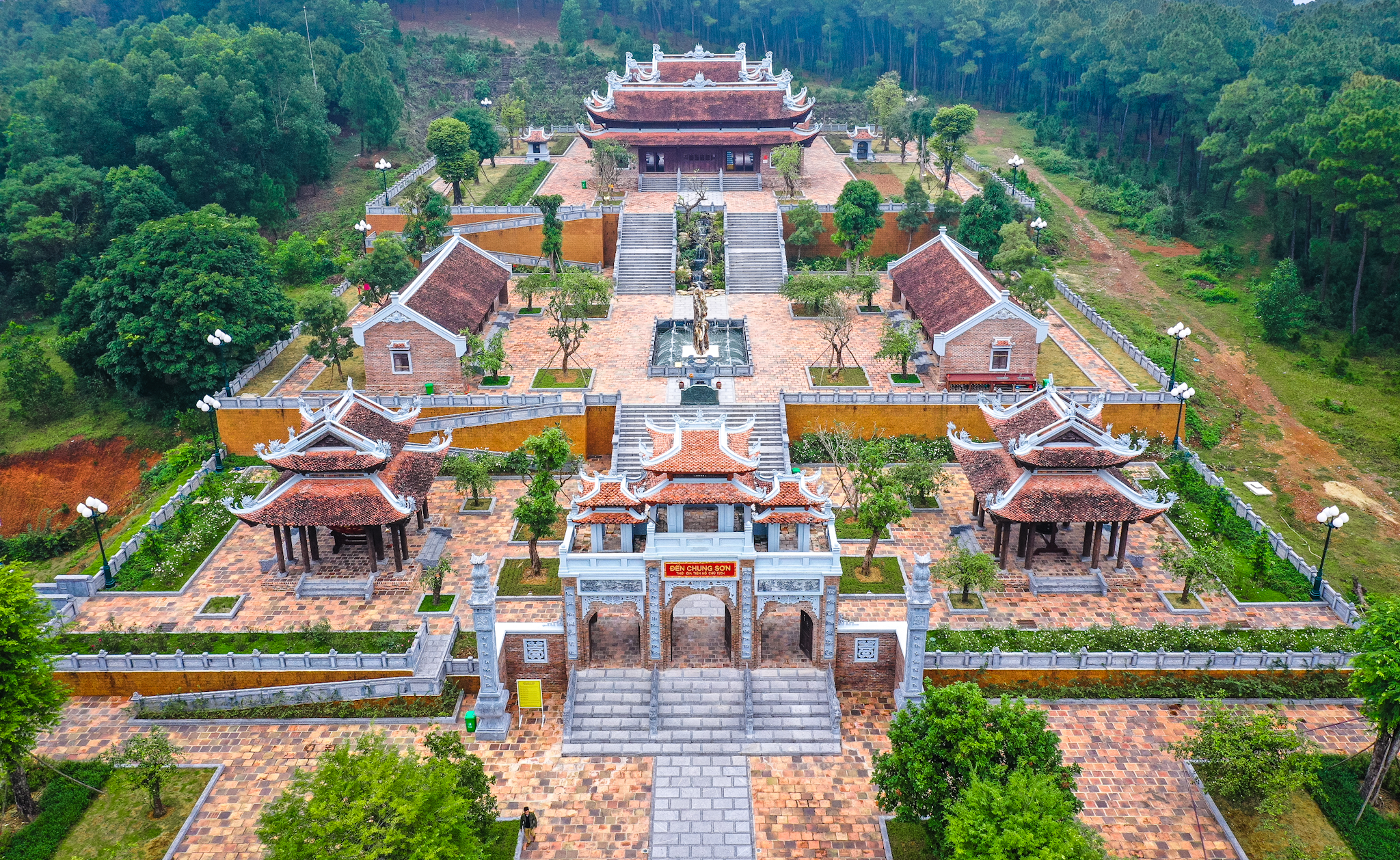 Chung Son Temple was inaugurated in May 2020, dedicated to the worship of President Ho Chi Minh’s family.

The temple is located on sacred Chung Mountain in Lien Son Commune, Nam Dan District, the hometown of the president.