Where is bac lieu in vietnam

The 2020 Provincial Governance and Public Administration Performance Index (PAPI 2020) report, which surveyed around 15,000 across 416 communes and 208 districts of all 63 provinces and cities in Vietnam, ranked the four cities among the 16 localities with the lowest index score for Environmental Governance.

These cities, along with Can Tho in Mekong Delta, are the five cities administered centrally in Vietnam and considered the country’s most important localities.

Areas with the lowest environment score are the Red River Delta and the southeast region, where many industrial parks are gathered. Among those with low scores are Binh Duong that neighbors HCMC; Bac Ninh, Hung Yen, Thai Nguyen and Vinh Phuc provinces in the north; Lam Dong Province in the Central Highlands that is home to the resort town of Da Lat and Khanh Hoa Province on the central coast, home to tourist hub Nha Trang.

Of all cities and provinces in Vietnam, Dong Thap of Mekong Delta is the only one to score higher than average, at 5.2.

In the Environmental Governance category, local residents are surveyed via indicators on air quality and water quality in their vicinity.

They are also asked whether they had learned about cases in which businesses in their localities have got in bed with authorities to avoid their environment protection responsibilities.

Hanoi and HCMC, along with Lam Dong and the northern provinces of Hung Yen, Ha Nam and Phu Tho, scored lowest in the “air quality” indicator.

In the survey conducted by the Central Committee of Vietnam Fatherland Front, an umbrella organization of all political and social groups in Vietnam, and the United Nations Development Program (UNDP), each respondent had been asked to spend 45-60 minutes answering questions in different fields to evaluate governance capacity of local authorities.

Since 2011, PAPI has been providing data on six key indicators of government performance, which are Control of Corruption in the Public Sector, Participation at Local Levels, Transparency in Local Decision Making, Vertical Accountability Towards Citizens, Public Administrative Procedures, and Public Service Delivery.

Nguyen Huu Dung, vice chairman of the Central Committee of Vietnam Fatherland Front, said the survey works as a foundation to evaluate the efficiency of each city and province for policymakers so they could make suitable and timely adjustments.

“Report findings have increasingly been used by the legislative National Assembly and government, becoming a fair indicator that holds a certain position in the public opinion to serve renovation and provision of public services,” he said. 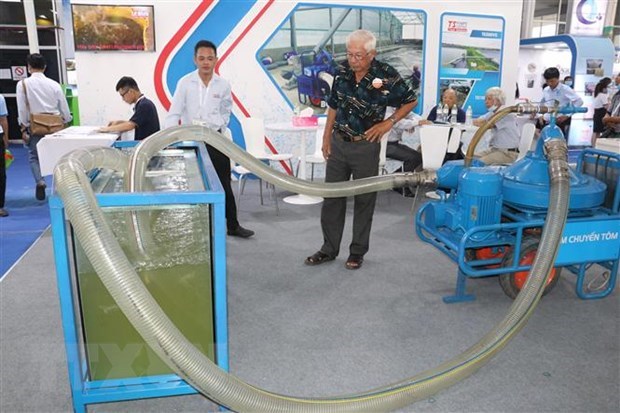