When to pay taxes

Most Venerable Tang No, permanent vice president of the association, said it has so far encouraged Khmer Buddhist monks and followers to engage in social activities, and popularised the Party’s policies and guidelines, the State’s laws, and campaigns and movements launched by the Vietnam Fatherland Front.

Amid the complicated developments of COVID-19, the association has postponed the traditional New Year’s rituals and informed the Khmer community on pandemic prevention measures, he added

Speaking at the visit, Man highlighted Vietnam’s initial success in the fight against COVID-19, saying that the achievement is partly contributed by Khmer people nationwide, including those in Soc Trang.

He wished the association and Khmer people continue working together to overcome difficulties and implement the nation’s dual goals of pandemic prevention and economic development.

He asked them to further participate in the local prevention of natural disasters, drought, and saline intrusion as well as in upcoming National Assembly and People’s Council elections.

On the occasion, the official presented 25 gifts worth 130 million VND (5,645 USD) to local Khmer Buddhist monks and to the association.

According to Most Venerable Tang No, Khmer people accounts for over 30.18 percent of Soc Trang’s population and run 130 worshipping establishments. 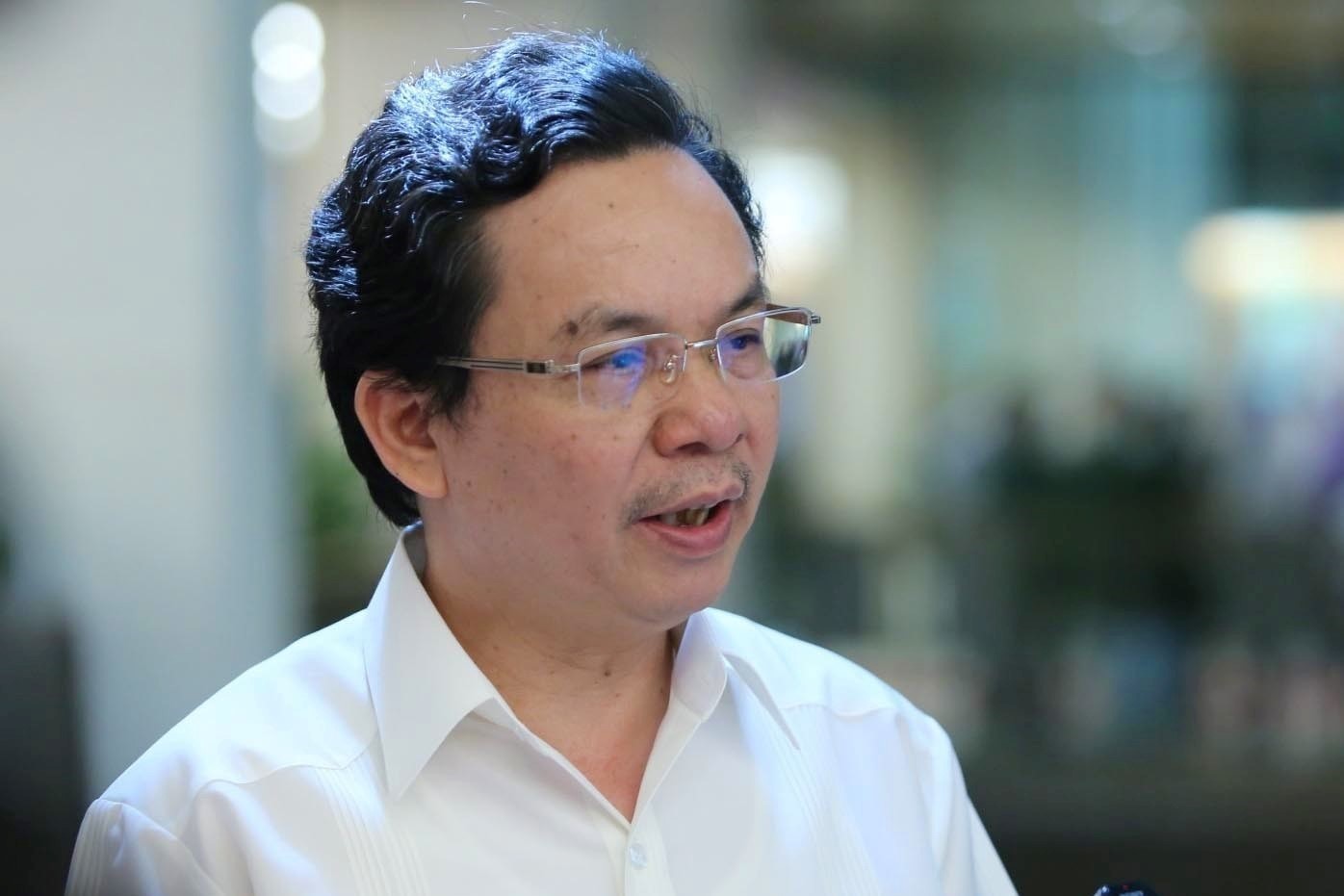 This is really a ‘hot seat’, as education is a concern of the entire society, and education activities are carried out by tens of millions of students, teachers and officers – the largest group for management among ministries.

At the tertiary education level, Vietnam has begun implementing the amended Law on Higher Education, which gives self-determination rights to schools.

Son therefore will need to have completely new action plans to fit the new regime.

The education management apparatus needs to change its management mechanism, from ask-and-grant to post-licensing inspections.

One of the biggest challenges for the newly appointed Minister is the overlap in management, administration and personnel. For example, the Ministry of Education and Training makes decisions in curricula and textbooks for the new general education program, but the decisions on financing and investment are made by local authorities.

I hope that the new Minister will pay more attention to the issue of a ‘happy school’, and students in different areas will have equal opportunities to learn.

I hope the new Minister will do three things.

First, being attentive and listening to constructive opinions from people and teachers. Any new policies that face opposition from teachers need to be reconsidered.

Second, it is necessary amend some unreasonable policies, especially during the implementation of the new general education program.

I hope that the new Minister will build up a long-term sustainable education development strategy which doesn’t change all the time.

Also, human resources need to be put at the center of education. It is necessary to draw up plans to improve the quality of teachers and managerial officers.

The amended Law on Higher Education gives autonomy to schools, but there are still problems in tuition and public-asset use policies. I hope the problems will be settled.

I also hope that schools will be supported in IT application and digital transformation. I think it is also necessary to build up a database on human resources, because this will better help schools organize their training to satisfy demands of society.

The latest draft of the country’s power development plan puts focus on renewable energy development – however, the Mekong Delta should see more attention in the development of renewables to protect its assets in the long run. The latest draft of the National Power Development Plan 8 (PDP8) calculates with an expected commercial power capacity estimated at 491 billion kWh by 2030, and 877 billion kWh by 2045. To develop power capacity, the total installed power generation is planned to hit 137.2GW, contributed by 27 per cent coal-fired power, 21 per cent thermal gas, 18 per cent hydropower, and 29 per cent renewable energies, as well as 4 per cent imported energy by 2030.

By 2045, the capacity of installed power is planned to be around 276.7GW, supplied by 18 per cent coal thermal power, 24 per cent thermal gas, 9 per cent hydropower, and 44 per cent of renewable energies, as well as 2 per cent of imported energy.

“The PDP8 highlights the evolvement of renewables, in addition to hydropower, with a significant increase from 13 per cent in 2020 to nearly 30 per cent in 2030 and 44 per cent in 2045, while most other sources will be reduced,” said Le Anh Tuan, deputy director of Can Tho University’s Research Institute for Climate Change.

In the view of Tuan, the draft PDP8 is different in many ways to its predecessor, removing 5,000MW of coal thermal power and significantly raising the contribution ratio of renewable energies. However, Tuan also raised some issues like capital sources, the suitability of green finance solutions, and banking that are all also mentioned in the Politburo’s Resolution No.55-NQ/TW dated October 2, 2020 on the orientation of Vietnam’s National Energy Development Strategy until 2030 and outlook to 2045. It will be tough for coal power projects to mobilise capital in the future, because numerous global financial institutions are divesting from this sector.

Tuan also assessed that the draft PDP8 is more focused on environmental troubles and sustainable development. However, the plan still relies heavily on an old thinking focusing on coal-fired power, with new projects mainly expected to use imported coal.

Under the plan, three coal thermal power plants will be developed in the Mekong River Delta. A project in Hau Giang province and two in Soc Trang province are expected to generate around 5,000MW, which will significantly impact the environment of the region – one that is crucial for rice cultivation and aquaculture.

“Why don’t we focus on other energies that can replace coal? Vietnam is a promising land for wind and solar energy. We can even export power instead of importing from Laos and China as mentioned in the PDP8’s draft,” Tuan argued.

He explained that developing coal-fired power plants in this region stands in contrast to Resolution No.120/NQ-CP issued in 2017 on sustainable and climate-resilient development of the delta. “In this region, in addition to solar and wind power, biomass at small scale is quite suitable to develop, which would help the use of eco-friendly technologies and the reliance on coal thermal power,” Tuan suggested.

Tran Huu Hiep, former director of the Economics Department of the National Steering Committee for the Southwest Region, noted the role of the competitive power market and asked to remove the monopoly in this sector. “Developing coal thermal power is risky. Raising dependence on imported fuel like coal and gas will also bring risks for national energy security,” said Hiep. “Meanwhile, we have yet to make use of renewable energy potentials, and capital for this energy will be from many sources, including local and foreign investors.”

Hiep added that while the PDP8 should consider developing coal thermal power projects, especially in the next 10 years, there should also be a stronger focus on renewables like solar, wind, and biomass in the Mekong Delta.

Nguyen Ngoc Huy, senior consultant at Oxfam Vietnam, said that developing renewable energy in this region would pay attention to its characteristics. “Around 75 per cent of the region’s total power output serves aquaculture, while the remainder is spent for factories and consumption. Therefore, developing renewables in the delta will offer doubled benefits for both the energy sector and the region’s aquaculture and husbandry,” Huy said.

HCMC – The Vietnam Tourism Association (VITA) has proposed that the Government allow it to collaborate with the Vietnam National Administration of Tourism to welcome back international tourists holding vaccine passports, digital proof of Covid-19 vaccination.

According to VITA, since the Covid-19 pandemic forced the country to close its doors to international tourists, many travel companies have turned to domestic tourism. The number of local tourists at some attractions has even been higher than pre-pandemic levels.

However, as revenues from domestic tourism account for only 30% of the total, resuming international tourism is still a priority.

VITA said Vietnam can begin resuming international tourism as Vietnamese travel companies have effectively implemented anti-Covid-19 measures. Moreover, the spread of Covid-19 has eased in parts of the world thanks to massive vaccination campaigns.

Covid-19 vaccine passports will be an effective tool to resume tourism services. Some countries in the region have decided to use digital health passes to help the tourism sector recover.

Therefore, VITA suggested the Government allow it and the Vietnam National Administration of Tourism to receive tourists from certain countries that have seen steady declines in Covid-19 cases.

Speaking to The Saigon Times, VITA chairman Nguyen Huu Tho said Vietnam should prioritize opening the market to tourists from the Asia-Pacific region, which account for 75% of the country’s total international arrivals. Many countries in this region have also effectively fought the pandemic.

Data of the Vietnam National Administration of Tourism showed that as of late 2020, there were more than 2,500 inbound travel companies in the country. To obtain an inbound certificate, travel companies have to deposit VND500 million, while it is just VND100 million for a domestic tourism certificate.

The association also proposed halving value added tax and reducing land tax for tourism companies in 2021. Excise tax for golf courses should also be cut by half.

After hearing these suggestions, Deputy Prime Minister Vu Duc Dam asked the Ministry of Planning and Investment to work with the Ministry of Culture, Sports and Tourism and other ministries and departments to conduct research on appropriate policies to support businesses in the tourism sector. The proposals will be submitted to the prime minister for review and approval in the second quarter of this year.

Military hospitals and medical establishments should work with the Provincial Association for Victims of Agent Orange/dioxin to provide free health check-ups, medicines, and gifts to AO/dioxin victims, Rinh added.

In the coming time, the Military Region 5 Command will build 20 gratitude houses for AO/dioxin victims and instruct agencies and units to mobilize resources to give free health check-ups, medicines and gifts to the victims.

Provincial military commands will help associations for victims of Agent Orange/dioxin at all levels in the region to organize celebration activities.