Nearly 1,000 entries from 90 countries were sent to the contest, held by the Vietnam Design Association – Ho Chi Minh City (VDAS) and VinFast from January 25 to February 25. The event drew the enthusiastic participation of designers from the US, Canada, Europe, Australia and Vietnam.

VinFast CEO Thai Thi Thanh Hai said “We are very happy that the contest attracted designers from all over the world, who show a similarity with VinFast in creativity, and desire to break the limit to create the best outcomes. This encourages VinFast to gain more confidence to win the hearts of global customers”.

According to VDAS President Ho Tan Duong, the best entries had to feature a standout design concept, sharpest rendition of VinFast brand and feasibility.

The first prize worth 30,000 USD went to US designer Vicky Daroca . The remaining eight designers were presented the second prize, each valued 1,750 USD.

Giving evaluations on Daroca’s design, President of Asia-Pacific Design Award Patrick Fong said that there are almost no boundaries in Daroca’s work, which clearly shows a strong state of freedom, and consistency in creative interpretation.

“Such a spatial arrangement that brings contentment experience to customers every time they visit”, he added.

VinFast, a subsidiary of Vingroup , one of Asia’s leading conglomerates, is Vietnam’s only indigenous car brand, and currently makes the Lux SA2.0, Lux A2.0 and Fadil.

It has researched and developed the first three-level 3-4 Autonomous Smart EV models with 30 smart features, underlining its vision to become a global smart electric mobility company./.

Last month, the automaker VinFast announced that it was considering an IPO on the New York Stock Exchange (NYSE), potentially raising as much as $2 billion.

At the time, Reuters reported that VinFast could be valued at around $50 billion after a successful listing. Furthermore, Credit Suisse was to lead the potential transaction.

“VinFast is working with advisers including JPMorgan and Deutsche Bank in the syndicate for the U.S. listing,” Le Thi Thu Thuy, vice chairwoman of VinFast’s parent Vingroup, told Reuters .

VinFast’s preferred scenario is to merge with a Special Purpose Acquisition Company (SPAC) for a US listing.

SPAC are blank-check companies that raise money from the public with a goal of buying a business and taking it public.

However, Reuters noted that the talks with the SPAC have not made much headway in coming up with deal proposals or a specific timeline for the listing due to uncertainties surrounding SPACs regulations in the US.

SPACs have surged globally to a record $170 billion this year, outstripping last year’s total of $157 billion, according to Refinitiv.

“The boom has been fueled in part by easy monetary conditions as central banks have pumped cash into pandemic-hit economies, while the SPAC structure provides startups with an easier path to go public with less regulatory scrutiny than the traditional IPO route. But the frenzy has started to meet with greater investor skepticism, and has also caught the eye of regulators,” CNBC wrote.

According to InstitutionalInvestors , the Securities and Exchange Commission (SEC) is stepping up scrutiny of SPAC, which exploded in popularity during the pandemic as a way for early-stage companies to go public without the regulatory scrutiny of a traditional IPO.

Previously, Reteurs also reported on the SEC has heightened its focus on SPACs in recent months through a series of public statements, new guidance and a Wall Street bank inquiry led by the agency’s enforcement team.

“VinFast was still carrying out procedures needed for the US listing and would make an announcement later,” Thuy added.

According to Australia-based newswire CarAdvice , the Vietnamese car maker will soon close its design and technical office in Port Melbourne after just over a year in the country. The establishment was home to nearly 50 former Holden, Ford, and Toyota engineers.

Responding to queries, VinFast stated that COVID-19 is the main reason behind the closure. The health crisis has hampered travel among the countries and the manufacturer is now looking to summon its strength to develop automobiles in Vietnam while the difficulties last. Employees who worked at the R&D centre will be arranged work in Vietnam.

However, VinFast’s Lang Lang test track in Australia will continue to operate normally.

VinFast in last June poured about $15-20 million to buy the test track and the emission laboratory in the suburbs of Melbourne. Its technical analyst department landed in the nation in December 2019.

Australia is one of the overseas markets VinFast eyes in its global expansion ambitions. According to Nguyen Thi Van Anh, deputy general director of VinFast, i n the short term, the company focuses on researching vehicles using internal combustion engines and electric motors in Australia. 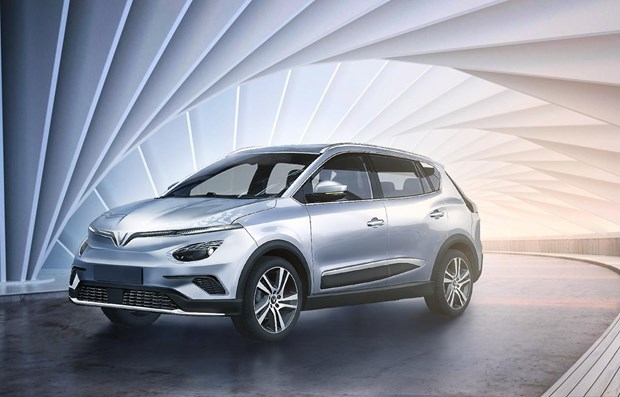 A Vinfast model (Photo: Vinfast)
Hanoi (VNA) – Despite the impact of the COVID-19 pandemic, Vietnamese auto-maker VinFast Trading and Production LLC still enjoyed a month-on-month increase of 5 percent in sales in May, to 2,855 vehicles.
As a subsidiary of Vietnamese conglomerate Vingroup , it sold 1,868 Fadil , 457 Lux A2.0, and 530 Lux SA2.0 models.

It has sold some 12,421 of the three models since the beginning of the year.

In response to COVID-19, it has introduced home services throughout its entire network by publishing specific information for customers on its website and social media and sending staff out to customers’ houses to provide consultation or offer test drives.

VinFast has also provided incentives to customers buying motor cars, offering instalment payment programmes through its website, https://shop.vinfastauto.com/vi/tcb.html. Customers can now have their request approved online instead of applying at banks.

It has also launched special customer service policies, including a five-year or 165,000-km guarantee on Lux models and free call-out mechanic services throughout the guarantee period, or free car parking for six hours at Vincom and Vinhomes properties around the country.

The Vietnam Automobile Manufacturers’ Association (VAMA), meanwhile, reported that its members recorded a 15 percent month-on-month decline in automobile sales in May, to 15,585 units./. 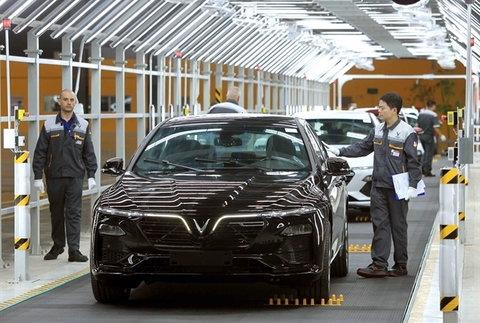 Vinfast cars in Hai Phong factory. Vietnamese auto-maker still enjoyed a month-on-month increase of 5 per cent in sales in May amid the pandemic. — VNA/VNS Photo

Despite the impact of the COVID-19 pandemic, Vietnamese auto-maker VinFast still enjoyed a month-on-month increase of 5 per cent in sales in May, to 2,855 vehicles.

It has sold some 12,421 of the three models since the beginning of the year.

In response to COVID-19, it has introduced home services throughout its network by publishing information for customers on its website and social media and sending staff to customers’ houses to provide consultations or offer test drives.

VinFast has also provided incentives like offering instalment payment programmes through its website, shop.vinfastauto.com/vi/tcb.html. Customers can now have their request approved online instead of applying at banks.

It has also launched special customer service policies, including a five-year or 165,000km guarantee on Lux models and free call-out mechanic services throughout the guarantee period, or free car parking for six hours at Vincom and Vinhomes properties around the country.

The Vietnam Automobile Manufacturers’ Association (VAMA), meanwhile, reported its members recorded a 15 per cent month-on-month decline in automobile sales in May, to 15,585 units. — VNS

Vietnamese manufacturers are taking steps to become the ‘new Detroit of Asia’. 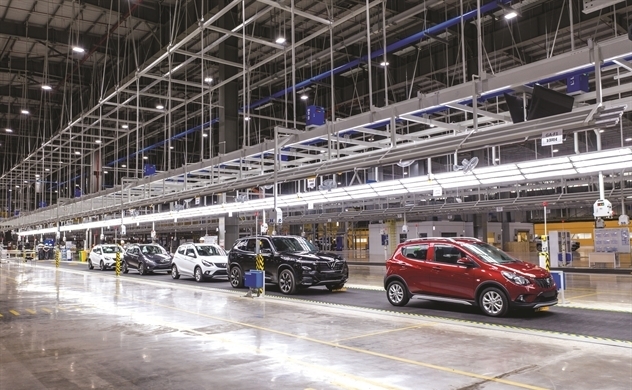 This showed that automobiles assembled in Vietnam have high quality and compete equally with other big manufacturers in the region – Thailand and Indonesia.

Sources said VinFast plans to take over Holden, the automobile assembling line of General Motors. If the M&A deal succeeds, VinFast would have opportunities to access the choosy Australian market and make a big leap in the path to become a global brand.