The list includes 750 referees and assistant referees. All are required to pass several tests before FIFA selects the final 56 referees and 100 assistants.

Due to the Covid-19 pandemic, many global football tournaments were either postponed or canceled last year, meaning many refs on the list have not seen the pitch during the past nine months.

However, in Vietnam, women’s football tournaments still took place as normal, from the U14 contest to the national championship, thanks to the country’s superb efforts in containing Covid-19. That means Trang and Trinh were refereeing regularly in 2020, giving them an advantage in the competition for a spot at Women’s World Cup 2023.

Trang is one of only three referees in Vietnam certified as elite FIFA refs. This is the highest level of refereeing and can only be awarded to those who reach FIFA standards, are fluent in English and passed physical tests at all levels.

“I was really excited when I heard the news because World Cup is a dream for anyone who works in the football field, including a referee like me. No Vietnamese referee has ever been selected into the candidate list before, not to mention the final list. But I will try my best. If I get selected, it would be a dream come true for me,” Trang said.

According to FIFA requirements, candidates like Trang and Trinh are expected to referee football matches at the highest level in their countries. FIFA also requires candidates to participate in the men’s training program for referees and assistant referees so they could improve their skills under the instruction of elite experts in the region as well as the world. Throughout these courses, FIFA will assess, evaluate and select the best for World Cup.

The MoIT’s Import and Export Department cited statistics released by the International Trade Center (ITC) which indicate that Poland’s coffee imports throughout the 2015 to 2019 period grew by an average of 6.5% annually, from 141,144 tonnes in 2015 to a total of 181,086 tonnes in 2019.

Most notably, the average import price of coffee within the Polish market witnessed a surge of 3.9% to US$3,291 per tonne compared to last year’s corresponding period.

Throughout the reviewed period, Poland increased its coffee imports from the majority of its regular markets, although imports from both Germany and Uganda declined.

The figures indicate that the Eastern European nation increased coffee imports from Vietnam by 30.6% in volume and 27.1% in value, with the Vietnamese coffee’s market share in the European nation’s total imports accounting for 8.13%.

According to statistics released by the Import and Export Department, the domestic coffee price at the start of the year saw a decrease, with coffee prices falling from VND700 to VND800 per kilo.

Vietnamese people will have access to COVID-19 vaccination free of charge in the long term like other types of vaccine included in the country’s Expanded Program on Immunization (EPI), according to the National Steering Committee for COVID-19 Prevention and Control.

Vietnam has made urgent efforts to obtain COVID-19 vaccines as soon as possible, but the number of vaccine shots distributed to the country in the coming time is still limited, the committee said during a meeting on Tuesday.

The Ministry of Health has listed 11 groups of individuals who will be the first to receive COVID-19 vaccination next month.

When supply is enough, all Vietnamese people will have access to free COVID-19 inoculation in the long run like other types of vaccine included in the EPI.

A small number of vaccine doses will be sold to people who can afford them.

The EPI started in Vietnam in 1981, initiated by the Ministry of Health with the support of the World Health Organization (WHO) and United Nations Children’s Fund (UNICEF).

The initial goal of the program was to provide free immunization to children under one year old to protect them from six common and highly fatal infectious diseases.

By 2010, the program had included 11 types of vaccine which protect people against tuberculosis, diphtheria, pertussis, tetanus, polio, hepatitis B, measles, Japanese encephalitis, cholera, typhoid, and pneumonia/meningitis caused by Hib.

According to Minister of Health Nguyen Thanh Long, Vietnam will need approximately 150 million doses of COVID-19 vaccine for all citizens.

Vietnam has also purchased 30 million more doses from AstraZeneca, which will be delivered this year.

On February 26, the second phase of the human trial of made-in-Vietnam COVID-19 vaccine Nanocovax will begin in Hanoi and the Mekong Delta province of Long An.

A general hospital in the north-central Vietnamese province of Thanh Hoa has been temporarily locked down after a man with serious lung problems died at the facility, the Vietnam News Agency reported.

The Bim Son General Hospital, located in the namesake town in Thanh Hoa, was put under temporary lockdown starting 5:30 pm on Tuesday.

The decision came after L.Q.M., 37, who hailed from the south-central province of Ninh Thuan, passed away at the infirmary earlier the same day, said Trinh Xuan Hiep, director of the health office in Bim Son Town.

A epidemiological investigation showed that M. had been to a virus-hit area in Binh Hung Hoa B Ward, Binh Tan District, Ho Chi Minh City before traveling to his wife’s hometown in Ha Trung District, Thanh Hoa on February 5.

M. began having symptoms such as coughing and difficulty breathing and headed to a commune-level medical center for treatment.

The man was admitted to Bim Son General Hospital on February 21 as his condition worsened. His lung scan showed signs of bronchitis.

Prior to his hospital admission, M. had a history of type 2 diabetes and complications from liver and kidney failure.

He was treated and quarantined at the infirmary, as well as had his samples collected for COVID-19 testing.

The result came back negative for the novel coronavirus on February 22.

On February 23, M. had high fever and underwent a lung X-ray, whose result showed signs of pneumonia.

His condition quickly deteriorated as he repeatedly suffered apnea and a cardiac arrest.

His samples have been collected for a second COVID-19 test and the result will be announced by the Thanh Hoa Center for Disease Control later.

Multiple areas inside Bim Son General Hospital have been disinfected.

Local authorities are tracking all people who had contact with the man over the past days. 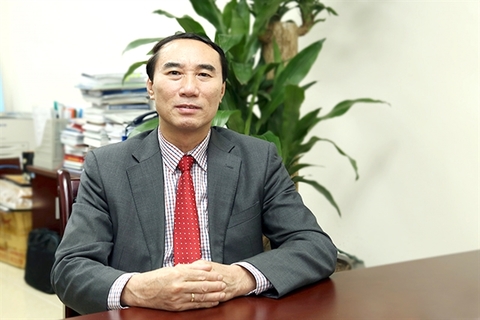 Nguyen Van Phung, director of the Department of Tax Administration at Large Enterprises from the General Department of Taxation, spoke with Viet Nam News about incentive tax policies for Indian corporations investing in the Vietnamese pharmaceutical industry.

How has the bilateral trade relationship, especially in the pharmaceutical industry, between India and Viet Nam developed?

India is currently the third-largest supplier of Viet Nam, after France and Germany, in the pharmaceutical sector, with imports in the first nine months of 2020 reaching US$198 million. The demand for pharmaceutical products in Viet Nam is increasing and on average each Vietnamese person spends $64 per year on medicine. New regulations coming into effect and the signing of a series of free trade agreements (FTAs) by Viet Nam have brought both opportunities and challenges for Indian pharmaceutical companies.

Local newspapers have reported that Viet Nam and India have much potential to promote investment co-operation in the pharmaceutical and medical equipment industries and Viet Nam is seeking investment in the development of pharmaceutical products.

Therefore, the room for co-operation and investment in the pharmaceutical and medical equipment industry between Viet Nam and India is very large.

Currently, there are many Indian enterprises in pharmaceuticals and medical equipment interested in and looking for opportunities for co-operation and investment in Viet Nam, which is known as a new potential destination for capital. Foreign direct investment (FDI) in the post-pandemic context with open policies, a large open economy with import-export turnover in 2019 at nearly 200 per cent of GDP are among the attractions.

Viet Nam’s business investment conditions in recent years have improved positively, local labour productivity has also increased rapidly and most of all, the Government of Viet Nam pays great attention to health development. Most important, Viet Nam also has a rich source of natural medicinal herbs, which will be a favourable condition for enterprises to invest in the production of medicinal herbs to exploit and improve their competitiveness with pharmaceuticals of other countries.

What are the benefits for Indian pharmaceutical businesses in Viet Nam?

There are roadmaps for tax incentives under FTAs ​​and the Free Trade Agreement between ASEAN and India (AIFTA). By the end of 2020, Viet Nam had participated in or was negotiating 20 FTAs

In the AIFTA framework, the ASEAN Trade in Goods Agreement (ATIGA) establishes a tariff reduction roadmap between ASEAN and India, it also includes rules of origin, dispute resolution mechanisms, non-tariff measures, policy transparency, review and revision of commitments, trade remedies and exceptions. According to AITIG, ASEAN members and India have agreed to open their respective markets by gradually reducing and eliminating 80 per cent of tariff lines, accounting for 75 per cent of transactions.

What are the tax incentives for attracting foreign investment in Viet Nam?

In recent years, Viet Nam has simplified tax incentives to attract investment without discrimination among economic sectors, among treaty investors and foreign investors.

The highest incentive tax package which CIT rate is 10 per cent in the 15 years after the project goes into operation, the tax exemption for four years from the year of creating profit and tax reduction up to 50 per cent in less than nine years applies to new investment projects invested in regions with extremely difficult socio-economic conditions, in economic zones and high technology zones. — VNS