On Friday, a Vietnam Airlines flight was scheduled to depart from Ho Chi Minh City to Hanoi at 10 a.m. But at 9:40 a.m. Nguyen Thanh, her husband and three-year-old daughter had yet to pass the security checkpoint, prompting airline staff to “rescue” the family ahead of departure.

Arriving at the airport at 8 a.m., they completed check-in and medical declaration procedures, then queued up for an hour waiting to pass the security checkpoint.

Another Vietnam Airlines flight was scheduled to leave HCMC for Cam Ranh at 10:10 a.m., about 30 minutes before departure, many passengers were still at the security checkpoint.

“My family was about to go on a weekend trip – I was surprised the airport was so crowded. I’ve only witnessed such scenes during the Tet holiday,” a passenger named Nguyen Sy commented.

In 2019, the airport received 40 million passengers, up 4.5 percent from the previous year but the figure was down 47 percent last year to 22 million due to the impacts of the Covid-19 pandemic.

Tan Son Nhat airport has served 36 million passengers a year since 2017, well above its capacity. Construction of a third terminal will begin in October this year.

With Vietnam having contained its Covid-19 outbreaks, domestic air travel has returned to normal. 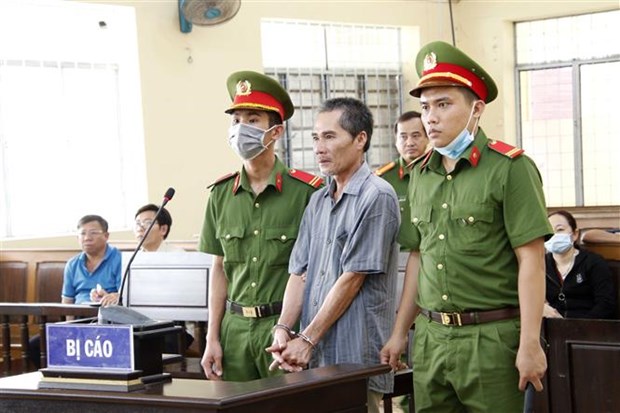 The project is located on Ton Duc Thang Road that runs alongside the Saigon River in District 1. Its apartment prices range from VND18-24 billion ($780,000-1 million) per unit, with areas depending on acreages from 40-110 square meters.

The project has low construction density with trees covering 60 percent of the total area. Each floor has 10 apartments and eight elevators.

Matthew Powell, director of Savills Hanoi, said that in Vietnam, many buyers looking for property in the luxury segment with the highest quality for either rental or residence purposes.

The boom in this type of apartment is changing the structure of the real estate market. The luxury segment accounted for 39 percent of total apartment supply in HCMC as of the end March, exceeding the 20 percent of the high-end segment, according to CBRE.

However, observers are concerned about the imbalance this implies. Nguyen Loc Hanh, CEO of HCMC-based Asia Gem Real Estate Investment, said that 39 percent is too large a ratio for the luxury segment and it does not represent a sustainable real estate market.

Experts have been advising for the last several decades that the ratio is kept at just 1-2 percent, he noted, adding the the current ratio shows developers are only aiming at very rich buyers.

Other industry insiders say that there is still a lot of ambiguity on the criteria for the luxury segment, and that it is too early to identify whether the record-high prices correctly reflect the value of the asset.