The Ministry of Health announced on Wednesday the second-largest increase in daily infections in Vietnam, most in an epicenter in the northern part, while almost 100 of them were recorded in Ho Chi Minh City.

The country detected 414 community cases, including 398 in quarantined areas, the ministry said in a report the same day.

This is second-biggest daily case jump after the health ministry saw the steepest spike of 444 cases on May 25.

The nation recorded the third-strongest rise of 398 transmissions on Tuesday.

Bac Giang Province, which is the largest epicenter located in the north, reported 279 of the latest patients, while its neighbor Bac Ninh Province logged 27 cases.

Vietnam has detected 8,411 locally-transmitted infections in 40 out of its 63 provinces and cities since the ongoing fourth virus wave erupted on April 27.

Authorities in Ho Chi Minh City on Monday decided to extend the enhanced social distancing measures having put in place since May 31 by two weeks to stall escalating community spread, as over 80 patients have been confirmed on a daily basis since last weekend.

The Southeast Asian nation has recorded an accumulation of 11,635 infections as of Wednesday evening, including 9,980 domestic and 1,655 imported cases, according to the health ministry’s statistics.

The number of recovered patients has reached 4,590, including 47 reported on Wednesday, while 61 have died, most with severe pre-existing conditions.

Nearly five million people have been tested in this fourth wave, the worst so far.

The country administered 95,421 AstraZeneca vaccine shots to medical staff and other frontline workers on Tuesday, taking the total to 1,648,072 jabs since inoculation was rolled out on March 8.

A total of 59,608 have been given two injections of the vaccine.

The government has set a target of securing 150 jabs, as it expects to immunize at least two-thirds of a population of almost 98 million people this year.

It has received about 2.9 million AstraZeneca shots so far.

KCC is accepting entries starting from June 11 to 6 p.m. on July 15. Each contestant can submit one entry in the form of a poster or illustration and must feature a message encouraging people around the world to fight the global pandemic.

The contest has a total prize pool of VND100 million (over $4,300) and top winners will be awarded with certificate of merit from South Korea’s embassy, KCC and KOCCA.

The best artworks will be exhibited and awarded at the center in August.

South Korean Ambassador to Vietnam Park Noh-wan said the contest aims to inspire the public of both countries to join hands to win the Covid-19 fight.

The northern province of Bac Ninh eased social distancing measures in several areas, starting from 0am on June 13. 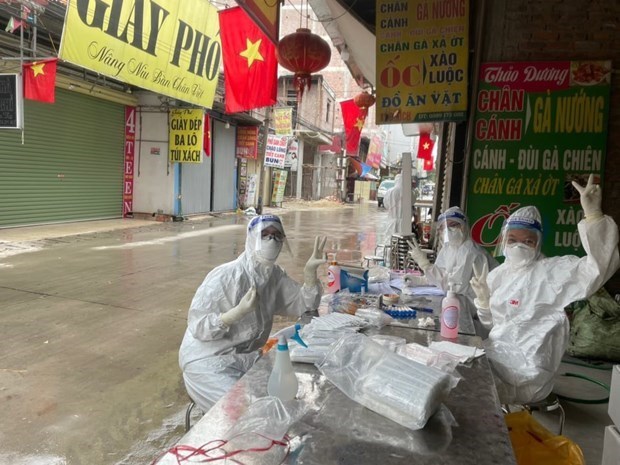 Deputy Director of the provincial Department of Information and Communications and member of the provincial Steering Committee on COVID-19 Prevention and Control Vu Huy Phuong said on June 12 that Tu Son town will be under social distancing in line with the Prime Minister’s Decree No.19/CT-TTg instead of Decree No.15/CT-TTg. Tieu Son street alone in Tuong Giang ward will continue to be under stricter social distancing in line with Decree No. 16/CT-TTg.

Communes of Yen Gia, Que Tan, Phu Lang, Chi Lang, Dao Vien and Viet Hung in Que Vo district as well as 33 villages in eight communes of Thuan Thanh district will shift from the application of social distancing measures under Decree No.16 to those under Decree No. 15.

Those coming from pandemic-hit areas must submit certifications proving they are negative for SARS-CoV-2 within 5-7 days.

Most of the new cases have been isolated prior or have had contact with previously confirmed patients, except for 12 cases in HCMC on whom authorities are doing contact tracing.

HCMC recorded a total of 99 local cases Wednesday, the highest daily figure since the beginning of last year.

The city on Wednesday put six factories where 3,000 workers are employed under lockdown after detecting two cases there Tuesday evening.

These factories are located in the districts of Binh Tan, Binh Chanh and Cu Chi.

Forty seven patients were discharged Wednesday, bringing the total number of recoveries to 4,590. 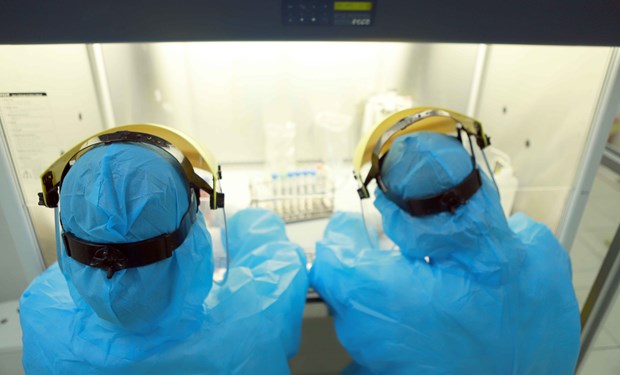 Hanoi (VNA) – Vietnam reported 176 new COVID-19 cases from 6am to 12pm on June 16, comprising 174 domestic and two imported ones, according to the Ministry of Health .

Up to 173 cases were detected in quarantine sites or sealed off areas.

There were 4,543 recoveries while the death toll remained at 61.

Among active patients undergoing treatment at medical establishments, 343 have tested negative for coronavirus SARS-CoV-2 once, 99 twice and 55 thrice.

Twenty-four provinces have gone through 14 consecutive days without new cases.

In a bid to live safely with the pandemic, the MoH has called on citizens to follow the 5K message, including khau trang (facemask), khu khuan (disinfection), khoang cach (distance), khong tu tap (no gathering), and khai bao y te (health declaration), to help contain the outbreaks./.

The COVID-19 Vaccines Global Access (COVAX) Facility has announced it will provide an additional 1 million doses of AstraZeneca vaccine to Vietnam in late June and early July, said Professor Dang Duc Anh, Director of the Central Institute of Hygiene and Epidemiology yesterday.

The vaccines will be allocated based on Resolution 21, which defines the subjects priotized for vaccination and the provinces which have industrial zones.

From now until the end of the third quarter, Vietnam will receive an additional 2 million doses of AstraZeneca vaccine, ordered by the Ministry of Health through the local vaccine distributor VNVC.

In addition, according to Pfizer, this pharmaceutical company can ship 3 million doses of vaccine to Vietnam in the third quarter and the remaining doses in the fourth quarter. However, the time of delivery and the vaccine quantity may change, depending on the situation in the world.

According to Professor Duc Anh, Vietnam aims to have 150 million doses of Covid-19 vaccines this year to vaccinate at least 70-80% of the population in order to reach herd immunity.

However, only four batches of AstraZeneca vaccines have arrived in Vietnam so far, totaling nearly 2.9 million doses. The first shipment imported by VNVC with 117,600 doses arrived in Vietnam on February 24. The second and third batches, delivered by COVAX, came on April 1 with 811,200 doses, and on May 16 with 1.682 million doses, and the latest batch of 288,000 doses were imported via VNVC on May 25.

Vietnam has given 1.55 million doses for priority subjects. The remaining doses of vaccine will be used in June.

Professor Duc Anh said that the AstraZeneca vaccine has a short shelf life, only about six months, while it took about two months for the vaccine to be shipped to Vietnam, so the remaining time for vaccination is only 3-4 months.

For the Pfizer vaccine, storage conditions must be at a temperature of -70 degrees Celsius, if it is stored at 2-8 degrees Celsius, the vaccine must be used within a month. The Ministry of Health, therefore, will coordinate with relevant agencies of the Ministry of National Defense to ensure the preservation and transportation of this kind of vaccine to vaccination sites as quickly as possible.

To date, Vietnam has urgently approved the use of four Covid-19 vaccines, including: AstraZeneca from the UK, Sputnik V from Russia, Sinopharm from China and Pfizer from the US.