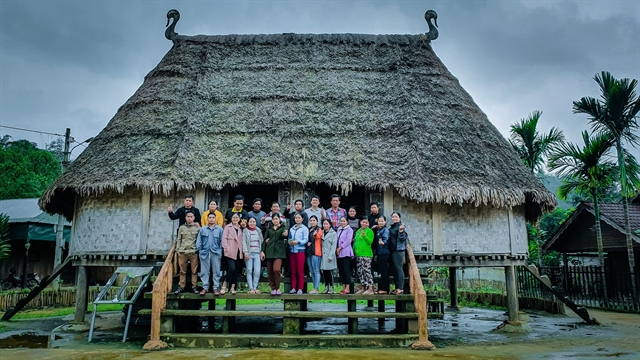 Tây Giang is a mountainous district, bordering Laos and home to the Cơ Tu ethnic minority.

It also has a lot of potential for ecotourism and community-based tourism with valuable and rare primeval forests and a cool climate year-round.

Located on the peaceful Chơr Lang Stream, Ta Lang Village has many unique Cơ Tu cultural traits, such as crafting and performing various types of ethnic musical instruments such as aheen (three-hole flute) and abel (bowstring instrument). Other cultural aspects are preserved and promoted for tourism.

In the village, we had a chance to immerse ourselves as part of the Cơ Tu community when we were greeted in a solemn ceremony for a tranquil life and a formal village entry ceremony. 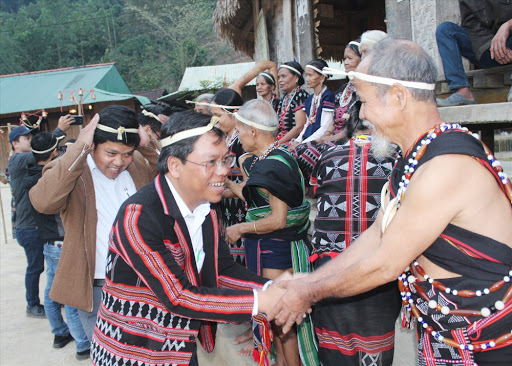 Visiting the long communal stilt house with the Cơ Tu cultural identity was an interesting experience. Folk games such as walking on stilts, throwing rattan rings, pounding rice and catching fish were also a blast.

After a break, we explored the Chơr Lang Stream with bamboo rafts, contemplated the R’cung waterfalls and trekked in the forest, visiting Axoò Tunnel and cycling to experience the legendary wartime Hồ Chí Minh Trails.

At night, by the flaming fire in the majestic Trường Sơn Mountains and forest with the sounds of drum and bustling gongs, we indulged in Rụm Cây folklore music and tung tung da dá , a dance to worship heaven, in front of the communal house. 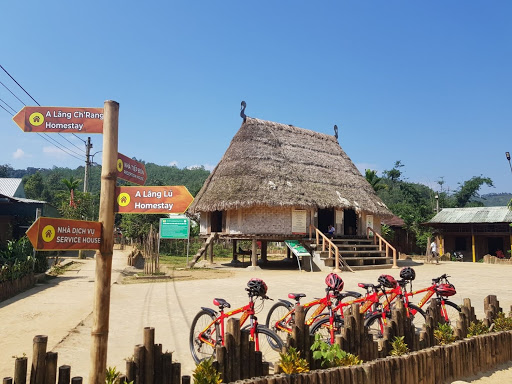 “We researched on the internet about Ta Lang Village and when we came here, it was like in our imagination. People here still live in ancient houses like upland villages. With traditional features and fresh air, we felt quite familiar and really liked it,” said tourist Nguyễn Công Khanh from Thừa Thiên Huế.

Earlier, the USAID Green Annamites Project was successful in giving Quảng Nam and Thừa Thiên Huế provinces support for sustainable ecotourism development in combination with biodiversity preservation, natural and cultural protection in 2018. The Ta Lang community-based ecotourism village was put into operation and started to serve tourists by the end of 2019.

This model of community ecotourism contributes to properly exploiting Cơ Tu cultural treasures in combination with the development of ecotourism and community-based tourism.

According to Lê Hoàng Linh, vice chairman of People’s Committee of Tây Giang, the district government has invested in building infrastructure, upgrading roads, and the communal house of Ta Lang village to welcome tourists. This is considered a sustainable move to improve people’s livelihoods, contributing to local economic development. VNS 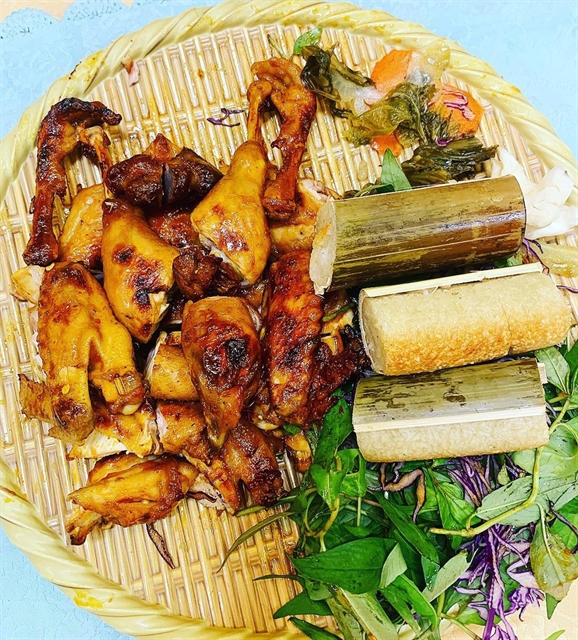