Singapore (VNA) – Singapore ’s unemployment rate continued to drop for the fourth consecutive month in February as the economy has recovered, according to the Ministry of Manpower.

The overall unemployment rate fell to 3.0 percent in February , down from 3.2 percent in January. Resident unemployment, which refers to Singapore citizens and permanent residents, declined to 4.1 percent, from 4.3 percent in the preceding month.

The unemployment rate peaked in September last year and persisted through October, before falling steadily since November.

Under the Jobs Growth Incentive (JGI), payouts were made to 27,000 employers, who collectively hired 130,000 locals in the first three months of scheme implementation.

According to local analysts, business sentiment is picking up, with the effective management of the pandemic allowing for more workers to return to their workplaces. The government’s support, such as the JGI, and policy tweaks that favour Singaporeans have also contributed to falling unemployment rates.

Singapore’s economy is expected to contract only slightly in the first quarter as activity continues to recover from a pandemic-induced shock, a Reuters poll showed, with the central bank expected to stay pat at its policy review next week.

Its gross domestic product (GDP) is expected to contract 0.2 percent in January-March from the same period a year earlier.

The outlook for manufacturing and exports is positive this year amid resilient demand for semiconductors and electronics products, while construction should rebound, Maybank Kim Eng economists said.

Services will likely see more gradual recovery with more easing of social distancing measures, and as borders start to reopen in the second half of the year to vaccinated travelers, they added./. 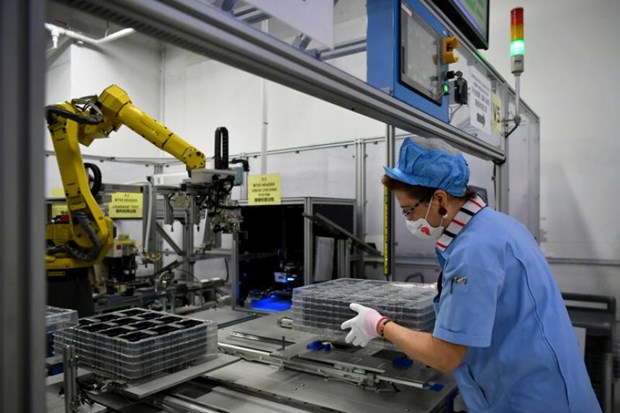 The funds will go towards building a more vibrant business sector and innovation ecosystem. (Photo: straitstimes.com)

Singapore (VNA) – Singapore will spend around 24 billion SGD (over 18 billion USD) over the next three years to help firms and workers adapt to the changing global landscape partly caused by the COVID-19 pandemic as part of its 80.8 billion USD budget plan for 2021 announced by Deputy Prime Minister Heng Swee Keat on February 16.

The funds will go towards building a more vibrant business sector and innovation ecosystem, helping enterprises to transform and scale up their operations, and creating opportunities for workers, said Heng, who is also Minister of Finance.

Singapore will invest in three platforms to help firms innovate and collaborate on the global scale. The Corporate Venture Launchpad (CVL) will be piloted this year to drive innovative ventures, providing co-funding for companies to build new ventures through pre-qualified venture studios.

Meanwhile, the Open Innovation Platform (OIP) will be enhanced to increase the speed and scale of digital innovation through new features such as a discovery engine.

Additionally, enhancements will also be made to the Global Innovation Alliance (GIA), which helps to catalyse cross-border collaboration between Singapore and major global innovation hubs.

The network has 15 city links to the likes of Bangkok (Thailand), Ho Chi Minh City (Vietnam), Jakarta (Indonesia) and Manila (the Philippines), and will be expanded to more than 25 cities over the next five years.

The GIA will be given a boost by the Co-Innovation Programme, which will support up to 70 percent of qualifying costs for cross-border innovation and partnership projects.

Heng said that Singapore must deepen its position as a global-Asia node to emerge stronger from the COVID-19 crisis. That will involve working to restore the country’s physical connectivity with the rest of world, expand its digital connectivity and deepen its capacity to collaborate and innovate with global partners.

Singapore ’s 80.8 billion USD budget plan in 2021 aims to provide immediate help to sectors under stress, and invest in the country’s long-term future./.

HATCH!, which offered training, business incubation, and investor matching, was founded in 2012 by US entrepreneur Aaron Everhart. HATCH! organised the HATCH! FAIR from 2012-2017, and coorganised the inaugural TechFest, which is now Vietnam’s largest annual gathering for innovation and entrepreneurship.

Draper Startup House, founded by Vikram Bharati in Singapore in 2018, began as Tribe Theory, a concept for digital nomads to live, work, and cocreate companies. It joined the Draper Ecosystem to form Draper Startup House in 2019. Danang, Vietnam is the newest location, joining its existing locations.

Companies joining in Draper Startup House programmes will get access to the 23 global venture capital funds in Draper Venture Network. 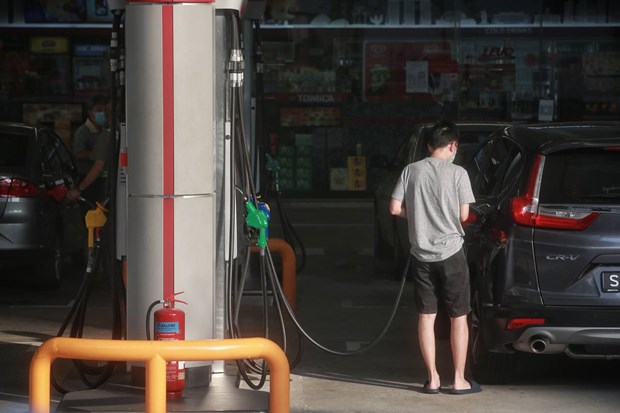 Petrol duties have been raised for the first time in six years. (Photo: straitstimes.com)

The Singaporean government will spend 700 million SGD for wage subsidies under the Jobs Support Scheme (JSS), which will be extended by up to six months to help businesses that remain badly hit by the COVID-19 pandemic to retain workers, he said.

The subsidies – which range from 10 percent to 30 percent – will cover wages paid from April to September for firms in sectors worst hit by the crisis: aviation, aerospace and tourism. For firms in other industries that have been hit hard, including food services, retail, marine and offshore, as well as arts and entertainment, the extension will be from April till June.

More than 25 billion SGD has been granted to the JSS programme so far, providing assistance for over 150,000 business owners in the past 17 months, he added.

As much as 11 billion SGD will be set aside for the nation’s COVID-19 Resilience Package. This will help safeguard public health and support the workers and businesses that need help, with extra money going towards the hardest-hit sectors like the aviation.

In addition, Heng pledged to allocate 24 billion SGD across the next three years to enable Singapore’s firms and workers to emerge stronger from the crisis. The country’s investments to equip its people to seize opportunities and help its businesses innovate are what distinguish it from others, said Heng.

He also unveiled a 900 million SGD Household Support Package of utility grants and Goods and Services Tax (GST) and cash vouchers to help all families, but targeted most at lower-to middle-income households.
Besides, Heng said the planned GST hike will take place between next year and 2025, and subject to the economic outlook. The increase, from 7 percent to 9 percent, was announced in the Budget 2018.

Heng explained without GST surge, Singapore could not satisfy the increasing spending, particularly in healthcare. The government’s spending in the field tripled in one decade, from 3.7 billion SGD in 2010 to 11.3 SGD in 2019.

Furthermore, Heng added Singapore will see a budget deficit of 11 billion SGD, or 2.2 percent of the country’s GDP. This marks the second consecutive year with a budget deficit, following last year’s figure of 64.9 billion SGD./.

The new site would enable Sanofi to produce innovative vaccines on a massive scale for Asia and respond to future pandemic risks, the company said in a statement.

Sanofi said it expects to start the construction of the site in the third quarter of 2021 and be fully operational in the first quarter of 2026.

The project is expected to create up to 200 local jobs, it added.

Sanofi, a global conglomerate, is a leading vaccine developer and manufacturer, offering a portfolio of vaccines to protect children, adolescents, and adults from diseases such as influenza, infectious diseases, and endemic diseases.

She said the project would be built on an area of 84,000.sq.m on the beach-front on Vo Nguyen Giap and Vo Van Kiet streets in the Son Tra peninsula.

Phuong said Da Nang authorities would auction land-use rights for the finance-trade-casino complex in the future.

She said the city was drawing up a detailed plan for the first international duty-free zone and smart urban area for investors.

Jonathan Hanh Nguyen, who is chairman of IPPG Group, urged the city to build an international standard duty-free zone and recreational area for tourists.

The Universal Alloy Corporation (UAC) from the US has launched the first aerospace parts project, while LG Electronics began construction of its R&D center in the city.

Da Nang, which is situated at the end of the East-West Economic Corridor, linking Laos, Thailand, Myanmar and Vietnam, is planned as a global destination of tourism, finance, logistics and hi-tech investment.