Health authorities recorded almost 150 locally-transmitted coronavirus infections in Ho Chi Minh City on Friday, as Vietnam has been struggling with the fourth transmission wave – and the worst so far – since late April.

One hundred and forty-nine cases were detected in the community, the municipal Center for Disease Control (HCDC) said in a report.

This is the biggest-ever daily case increase the city has reported since the virus first emerged in the country early last year.

The patients were related to about 20 transmission chains, with a dozen cases showing no clear source of infection.

The southern economic hub has found 1,346 community cases since April 27, when the fourth virus wave broke out in Vietnam.

The pathogen is silently spreading in the community so everyone should adhere to social distancing rules, reinstated on May 31, and limit unnecessary interactions, the HCDC said.

Those finding that they are at risk of infection should immediately contact local medical providers for help, it added.

A total of 232 cases were logged in quarantined or isolated areas, the ministry noted, adding 80 recoveries were recorded the same day.

Vietnam has registered 9,173 domestic infections in this wave, 1,840 of which has been found since Monday.

The Southeast Asian nation has reported an aggregate of 12,414 patients, including 10,742 local and 1,672 imported cases.

The number of recovered patients stands at 4,733 while 62 have died, most having suffered critical underlying conditions.

Nearly two million AstraZeneca vaccine shots had been administered and almost 90,000 people had been fully inoculated by Thursday, according to the health ministry’s data. 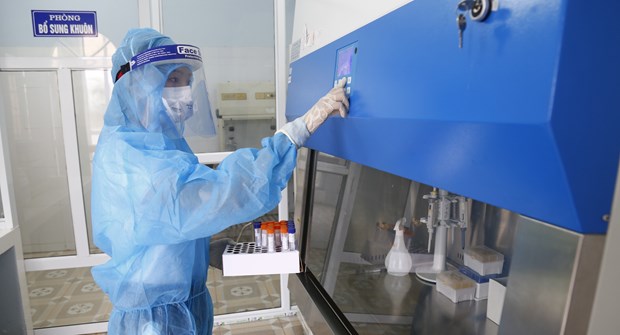 Samples are under the COVID-19 screening process. (Photo: VNA)


Hanoi (VNA) – Vietnam confirmed 121 new cases of COVID-19, including two imported ones, in the past six hours to 12 pm on June 18, according to the Health Ministry .

Among the 119 domestic infections, 59 were found in Ho Chi Minh City, 36 in Bac Giang, 12 in Binh Duong, ten in Bac Ninh, one in Hoa Binh, and one in Lao Cai. Of them, 110 were detected in quarantine or blocked areas.

So far, the country documented 10,755 domestic and 1,669 imported infections. The number of cases since the fourth wave of the pandemic began on April 27 was 9,185.

The ministry said as many as 4,653 patients have been given the all-clear so far, while the death toll remained at 61.

Among active patients under treatment at hospitals, 407 have tested negative for SARS-CoV-2 once, 114 twice and 65 thrice.

Twenty-five provinces have gone through 14 days without detecting new cases. Since April 29, over 5.14 million people across the country have received COVID-19 testing.

More than 1.99 million vaccine doses have been injected to date, with 89,833 people fully vaccinated with two shots./. 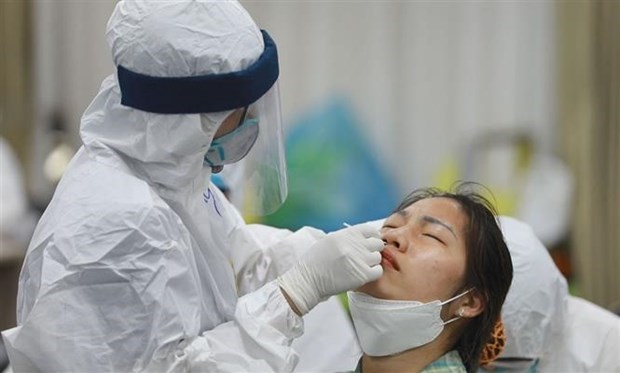 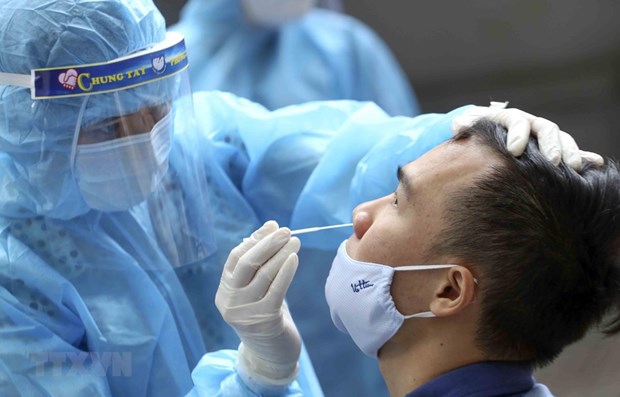 Hanoi (VNA) – The Ministry of Health confirmed 87 domestic infections and five imported cases of COVID-19 that were detected during the past six hours to 6pm on June 4.

The new cases brought the total number of infections during the past 24 hours to 224, including five imported cases .
The national tally rose to 8,287, including 6,744 domestically-transmitted cases, of which 5,174 were recorded since April 27.

Among active patients receiving treatment, 213 have tested negative for SARS-CoV-2 once, 82 twice and 78 thrice.

HCMC – The Ministry of Health reported 62 new Covid-19 cases this evening, June 18, including three imported cases that were quarantined upon arrival in Vietnam from overseas.

As for the 59 remaining patients who caught the disease through community transmission, HCMC still accounted for the most at 30 cases, Bac Giang reported 19 cases, and Bac Ninh had six. In addition, three cases were recorded in Ha Tinh and one in Hoa Binh.

Besides this, 80 coronavirus patients in the country were declared free of the virus today, raising the country’s recoveries to 4,733 cases up to now.

Also in the day, the anti-Covid-19 steering committee of An Lac Ward in HCMC’s Binh Tan District decided to lock down the headquarters of the An Lac Ward People’s Committee starting from today until further notice due to a coronavirus case, Tuoi Tre newspaper reported.

During the lockdown period, the authorities asked employees not to get out of the lockdown area, except for those in need of medical check-ups and treatment. Or else, violators would be tackled in the line with prevailing regulations.

In another development, Ha Tinh City in the north-central province of Ha Tinh removed Covid-19 checkpoints in the city this afternoon, as the Covid-19 situation in the city has been put under control after the 10-day social distancing period in line with the prime minister’s Directive 16. Accordingly, vehicles now can enter and exit the city as normal.

The city will switch to social distancing measures as regulated in the prime minister’s Directive 15, relaxing restrictions on some services.

Under Directive 15, events gathering more than 20 people and large gatherings of over 10 people outside office buildings, schools, hospitals are banned. People are required to keep at least two meters away from others in public places. Also, non-essential services have to shut down. 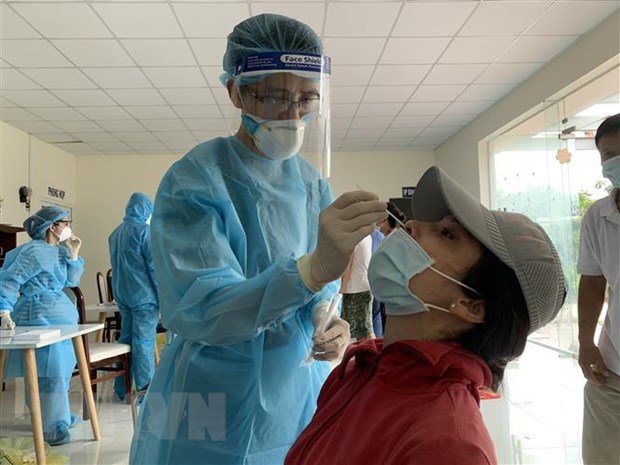 HÀ NỘI — HCM City broke its record daily increase of new COVID-19 cases on Friday with 149 locally-transmitted infections. A day earlier, it reported 137 cases, according to the Health Ministry.

Among the domestic infections, 149 were found in HCM City, 76 in Bắc Giang, 16 in Bắc Ninh,12 in Bình Dương, three in Hà Tĩnh, two in Hòa Bình and one in Lào Cai. Of them, 232 were detected in quarantine or locked down areas.

The ministry said as many as 4,733 patients have recovered from COVID-19 so far, as 80 of them were given the all-clear on Friday. Meanwhile the death toll reached 62 as the latest death was reported on Friday afternoon.

By Friday evening, nearly two million vaccine doses have been administered, with 89,833 people fully vaccinated with two shots. About 14-20 per cent of the vaccinated people experienced post-vaccination reactions, equal to the proportion stated by vaccine producers and the World Health Organization.

Regarding vaccination against COVID-19 for elderly people and people with underlying medical conditions such as cancer, cardiovascular disease, diabetes and obesity, Dương Thị Hồng, deputy director of the National Institute of Hygiene and Epidemiology said that they were among vulnerable groups facing a high risk of COVID-19 infection, so they needed to get vaccinated. However, the vaccination would be delivered to them only when they were in stable health conditions with health indicators in normal limits, Hồng said.