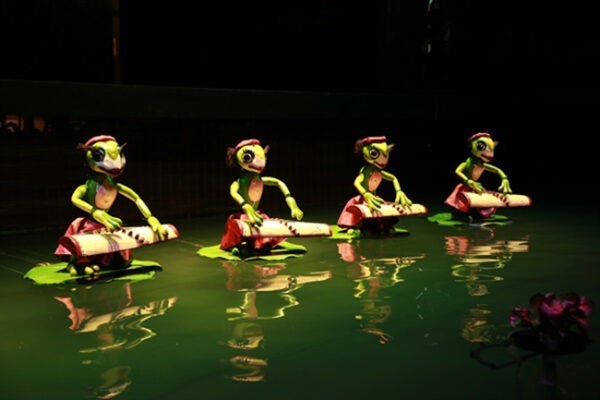 Hanoi (VNA) – The Hanoi Amateur Water Puppetry Festival 2021 will be held on May 17 in Hanoi, aiming at promoting and preserving Vietnam’s unique intangible heritage .

The festival will be held on May 17 at Thay Pagoda relic site, Sai Son commune, Quoc Oai district, Hanoi.

Masters, non-professional members of traditional water puppetry troupes from all around Hanoi will join in a single water puppet show, which last for at least 25 minutes.

Each performance will re-enact glorious historical events of the nation; present the daily life and work of Vietnamese people; and promote the cultural value of Vietnam.

Water puppetry originated in the Red River Delta in northern Vietnam around the 10th century, where almost all towns and villages have communal ponds, which were used as the puppet show stage.

The villages of Thach That and Dao Thuc in Hanoi and Rach and Nguyen Xa in the nearby provinces of Nam Dinh and Thai Binh are some of the earliest known centres of water puppetry .