At the 2021 annual general meeting of shareholders, Phat Dat approved the third dividend payment (the final dividend) of 2020 at the rate of 11.7 per cent in shares, resulting in a total of 3-time share dividends for 2020 at 28.7 per cent. This is a strong affirmation of the benefits the company offers from dividends for its shareholders and investors.

Dividends have been made regularly and continuously, bringing the total dividend ratio up to 53.7 per cent since 2019.

In 2020, Phat Dat made three share dividend payments to shareholders: 7 per cent, 10 per cent, and 11.7 per cent for the last payment expectedly made in the middle of the second quarter of 2021. Previously, tapping 2019’s profit, Phat Dat paid two dividends, including 12 per cent in cash and 13 per cent in shares.

Distributing 2020’s profit by stock dividends enables outstanding benefits to shareholders and investors, showing the Board of Directors and Board of Management’s great determination to promote the interests of the company’s investors and shareholders.

Thus, by way of share dividends, shareholders and investors will receive the following benefits:

As of April 6, 2021, Phat Dat’s shares price were valued at VND67,800. According to SSI’s assessments on investment and valuation, “SSI produces recommendations by applying RNAV [area navigation] method, and PDR’s RNAV is 4 per cent higher than the current share price. Presently, PDR is trading with 2021’s P/E and P/B of 12.4x and 3.8x, respectively.”

Simultaneously, PDR’s share price has increased by 138 per cent compared to 2019 and is expected to continue to grow in the coming time, providing even greater benefits to investors and shareholders.

Second, the average time shareholders receive additional shares is only 1 month (compared to the market average of at least 2-3 months) thanks to the company’s synchronous process to create favourable conditions crediting shares on investors’ accounts.

Finally, PDR’s liquidity on the market is considerably high, especially after PDR entered the VN30 basket.

In 2015-2020, Phat Dat achieved a high growth rate in terms of business results, sustainable financial structure, and improved profitability, resulting in the net revenue increasing by 8.8 times (a compound annual growth rate [CAGR] of 54 per cent) and in the after-tax profit of the parent company’s shareholders increasing by 7.6 times (a CAGR of 50 per cent).

Therefore, the company possesses a stable cash flow to pay cash/share dividends to shareholders regularly at a rate of 20-30 per cent per year from the distribution of after-tax profit.

Thus, with the upcoming 11.7 per cent share dividend, PDR wishes to constantly increase benefits and surplus value for shareholders and investors in the future.

What are some of the most popular investment channels in Vietnam? Real estate, securities, cryptocurrency and … mutant orchids. 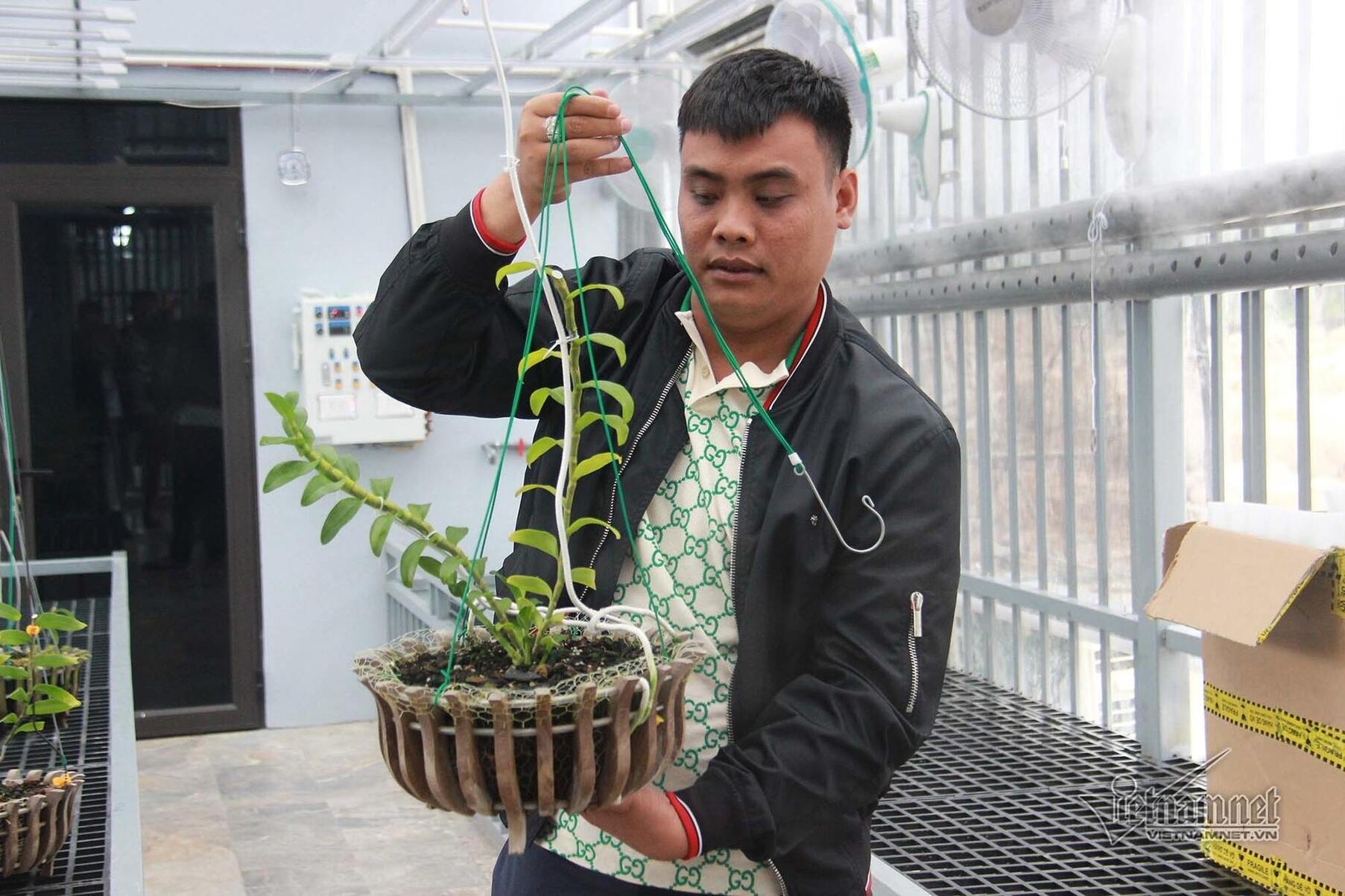 Lan dot bien, or mutant orchid, has become a hot keyword on online forums as people believe the flowers can help them make a fortune.

In March, two mutant orchid transactions occurred in Hung Yen province, with the value of tens of billion of dong.

Prior to that, on July 2, 2020, orchid collectors were talking privately that there was an orchid called ‘Huyen thoai buom dai ngan’ (Legend of a jungle butterfly). The owner of the orchid affirmed that it did not resemble any other orchid flower.

After that, they heard that one kie (the bud arising from a tree knot) from this orchid sold for VND15 billion.

Prosperous businesspeople have been willing to spend hundreds of billion of dong to buy mutant orchids, and many households have mortgaged their land, houses and assets to borrow money from banks to trade mutant orchids.

However, they have tasted bitterness because of their dream of getting rich from the charming flowers.

“I was tricked. I spent VND10 billion to buy mutant orchids. But the flowers are violet. Real mutant orchids must have a white jade color,” Nguyen Van Su from Vinh Phuc told Lao Dong newspaper.

The money Su used to buy the orchids came from loans from banks and relatives.

Su tried and failed to contact the gardeners he bought orchids from, including B.N in Chuong My, H.C in Hoai Duc, L.B.D in Dong Nai province, T.V.T and T.V.D in Hoa Binh.

The dozens of orchid plants Su bought were priced between VND70 million and VND1 billion.

On April 12, the community of orchid collectors was stirred up by the news that the owner of a mutant orchid garden in Ung Hoa district in Hanoi had fled with VND200 billion.

T is one of the victims of the gardener. N.H.P, 30, the younger brother of T, told reporters that T had a good business which brought VND3-5 billion a year. However, he later decided to “play big” by cooperating with C, the gardener.

Under the agreement between them, C provided mutant orchids to T for sale. However, T found that the orchids were not mutant. He then had to sell his car and land to pay his debts.

How did this begin?

In September 2020, the Di Linh district Police arrested Bui Van Sy, born in 1986 in Hoa Binh province. He was detained for four months in an investigation over the fraudulent act of selling mutant orchids, appropriating about VND2 billion.

The three men had separated real mutant orchid flowers and attached them to normal orchid plants with glue and sold them as mutant orchids. They had appropriated VND1 billion by the time they were discovered.

Van admitted that she had sold orchids that were not really ‘mutant’. Within one month, Van had earned VND4.6 billion from selling counterfeit orchids.

Lt. Gen. Nguyen Hai Trung, Director of Hanoi Police, on April 13 confirmed that the city’s agencies had received many complaints related to the trading of counterfeit mutant orchids.

What do scientists say?

The Vietnam Seed Association affirmed that mutant orchids have not been recognized by the Ministry of Agriculture and Rural Development as an orchid species for official circulation in the market.

Tran Duy Quy, former director of the Institute of Agricultural Genetics, said there are about 35,000 orchid species in the world, including over 1,000 in Vietnam. Mutant orchids are very rare.

He said that the transactions of orchids valued at tens of billion of dong are “abnormal”. He said that people who have deep knowledge about orchids and planting techniques are aware of the difficulties in mutant orchid care and multiplication.

Regarding the value of mutant orchids, Dang Van Dong, deputy director of the Fruit and Vegetable Research Institute, said there has been no scientific research affirming the medicinal effects or other uses of the plant.

In other words, the inflated prices of mutant orchids is just based on growers’ personal sense of beauty and rarity.

In many cases, the mutant orchids that people see in reality or in images are not genetic variations, but are just genetic recombinations.