Female workers in informal sectors in the cities of Da Nang and Hue will receive training support and funding to build back their livelihoods after the economic shock created by COVID-19 outbreaks in their cities.

Participants at the event. Photo by the New Zealand Embassy

The New Zealand Embassy and ActionAid Vietnam today launched a partnership to “Leave No One Behind in the Struggle Against COVID–19”. The project will assist female workers in informal sectors of the economy in Da Nang and Hue. Leaders of the Department of Foreign Affairs (DOFA) of Thua Thien Hue Province, the Department of Labour, Invalids and Social Affairs (DOLISA) of Da Nang City and the Centre for Community Development and Social Work – CODES participated the launch. The New Zealand Embassy will provide NZD 50,000 (approx. VND 790,000,000) to the project, which aims to reach more than 350 women workers in informal employment as street vendors, junk collectors, or housemaids, over the coming 3 months.


Underscoring the importance of this project in the larger programme of support by New Zealand to Vietnam, New Zealand Chargé d’Affaires Joseph Mayhew said, “This is a practical initiative to help ease the economic impacts of COVID-19 and strengthen the resilience of more than 350 women workers, and their families, in Da Nang and Hue’s informal sectors. I believe that supporting women workers in sectors that are hardest hit by the pandemic is a vital component of robust, inclusive, and equitable recovery.”

According to ActionAid Vietnam’s recent research, more than 90% of tourism sector workers lost employment and income due to COVID. In Da Nang and Thua Thien Hue, almost 90,000 people either became unemployed or suffered from greatly reduced income. Only 22% of the (ActionAid’s) surveyed workers currently have access to the VND-62-trillion support package.

“This project is one way to help women workers become more visible in the public eye, and at the same time trying to set up a practical model where support can be delivered to the target groups and individuals in an efficient and transparent manner. We want to contribute to the commitments of Vietnam and New Zealand, of Leaving No One Behind in the struggles to overcome COVID-19.” said Ms. Hoang Phuong Thao, Country Director of ActionAid Vietnam.

Hanoi-Exhibition: Those who do not move, do not notice their chains 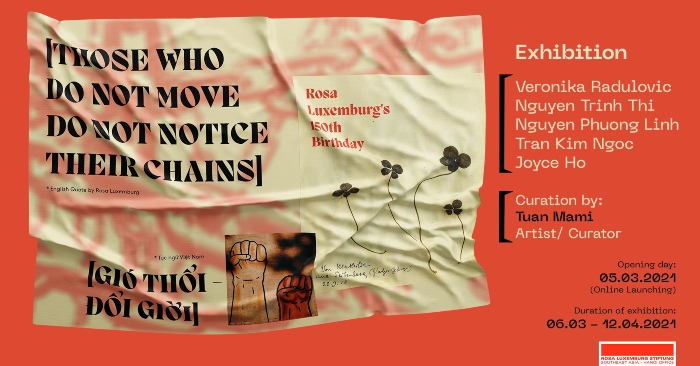 HCMC-Exhibitions: ‘Within / Between / Beneath / Upon’ & ‘Home: Looking inwards to the outer world’ 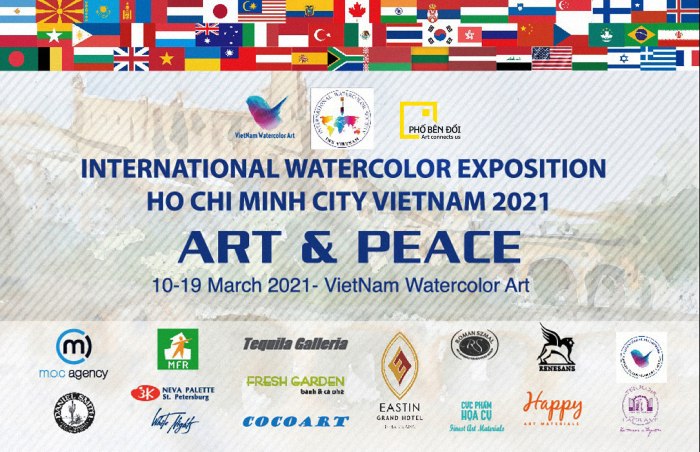 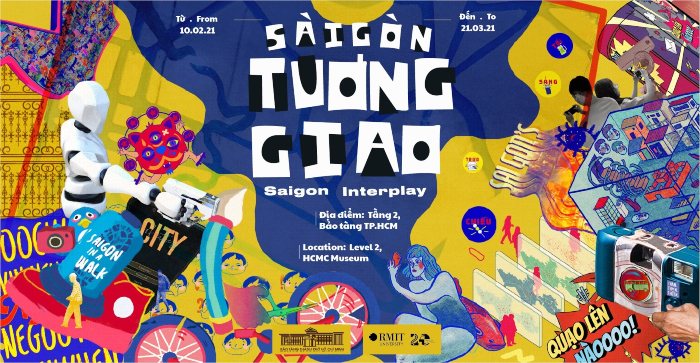 The exhibition offers 22 different ideas presenting through different mediums including conceptual models, videos, photographs that provide a unique experience for visitors. Come and explore with us! 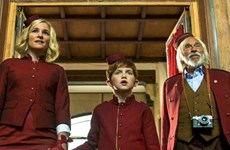 In the morning, members of the committee discussed in groups the working agenda of the committee throughout the 13th tenure after listening to a proposal on the agenda, which was presented by Politburo member and permanent member of the Party Central Committee’s Secretariat Vo Van Thuong.

In the afternoon, they attended a plenary session to listen to the Politburo’s proposal on the completion of the nomination of candidates for a number of leadership positions in State agencies in the 14th tenure of the 2016-2021 term and the 15th tenure of the 2021-2026 term.

The plenum of the Party Central Committee is scheduled to conclude on March 9.

The total support from GCF also includes a US$75 million guarantee. US$8.3 million from the grant will be used to build capacity in the private sector to identify, appraise and execute energy efficiency projects.

It will also provide technical assistance to the Ministry of Industry and Trade and the relevant authorities to further strengthen policy frameworks and regulations and create a helpful environment aimed at accelerating the energy efficiency market in Vietnam.

The remaining grant funds and guarantee will be used to establish a risk-share facility to provide partial credit guarantees to local banks who may risk potential default on loans for energy efficienct projects.

By reducing lending risks, the facility is expected to mobilize around US$250 million of commercial financing, to be provided to industrial enterprises and energy service companies at competitive terms and with low collateral requirements.

In a context of limited public financing for energy, the risk-share facility is an innovative financial instrument in private sector investment financing for a greater uptake of industry-wide energy efficiency measures, she added.

The grant and guarantee are to be executed under the Vietnam Scaling up Energy Efficiency Project which aims to support Vietnam in achieving the energy efficiency targets set out in the Green Growth Strategy as well as emission reduction objectives pledged under the National Determined Contributions.

One local infection was logged in Hai Duong Province, which is the country’s current coronavirus hotbed.

The patient had been exposed to an infection and been quarantined since February 14.

The 11 patients had been sent to centralized quarantine upon arrival in Vietnam by plane, the ministry noted.

Vietnam had spent almost two months detecting zero domestic COVID-19 cases before it found the first one on January 27 and confirmed it one day later, according to the Ministry of Health’s data.

A total of 893 local cases have been recorded in 13 provinces and cities since then, making it the most serious wave to have struck Vietnam after the first-ever COVID-19 patient was announced in the country on January 23, 2020.

Vietnam has recorded 2,524 coronavirus cases as of Monday night, including 1,586 local infections and 35 virus-related deaths, according to the Ministry of Health’s data.

A total of 1,920 patients have recovered from the respiratory disease.

Vietnam started mass immunization on Monday, with 377 medical workers and contact tracing staff already vaccinated with AstraZeneca shots, according to the health ministry.

The government has said it will inoculate people in the said 13 provinces and cities as well as other priority groups , including frontline workers, diplomats, military and police officers, and teachers.

The country received its first-ever shipment of 117,600 AstraZeneca shots on February 24 .

Vietnam says it will obtain 150 million vaccine doses for the whole population this year, including 30 million through the COVAX scheme co-led by WHO, 30 million through AstraZeneca, and the rest through negotiations with U.S. and other producers.

No measure of money can be exchanged for the mark of time. These trees, with a lifetime of over 1,000 years, are associated with national culture and history.

Topping the list of longevity is the apitong tree, which holds the record for the oldest tree in Vietnam and is related to the sacred tale of Thien Co temple (Trung Vuong commune, Viet Tri city, Phu Tho province).

According to scientists, the tree is more than 2,100 years old. Legend has it that the temple is located on the capital land of the ancient Van Lang country. This apitong tree, over the two millennia, has been a witness to the natural and social history of the locality with invaluable cultural and spiritual values.

It was recognized as a Heritage Tree by Vietnam Association for Conservation of Nature and Environment (VACNE) on May 28, 2012.

Thien Co temple worships the wedded couple, teacher Vu The Lang and Nguyen Thi Thuc, who raised Princesses Tien Dung and Ngoc Hoa, the offspring of 18th Hung Vuong King, as noted in ancient book entitled “Ngoc Pha Hung Vuong”. The pair was buried by the locals in the village, the temple was later built, and the tree was planted alongside at from that time.

Essential oils are present in all parts of the plant, making it an exceedingly rare breed. In addition, the tree roots contains safrol which is a valuable ingredient in food processing and cosmetic technology. This massive tree is recognized as one of the two largest Cinnamomum camphoras on the globe.

According to historians, the tree was considered by King Le Canh Hung as the nationwide largest camphorwood. It was named in the French Larausse encyclopedia, and ranked as a rare and precious tree in Vietnam by the French school of the Far East (now the National Museum of Vietnamese History). Photos of this tree were displayed at the fair in Marseille (France) in 1932.

Situated at the shrine worshipping Duc Thanh Tan Vien, the thousand-year-old tree has been known as the guardian of the people in Di Nau commune, Tam Nong district, Phu Tho province.

The tree has a diameter of about 2.45 meters, a total height of virtually 18.45 meters. Time has left its 7.96 meter circumference stump markedly rough. It could fit in an embrace of 5 humans. On May 22, 2012, this Diospyros decandra tree was recognized as a Vietnam Heritage Tree.

Rumor has it that ‘the guardian’ was from the reign of King Dinh Bo Linh (970 – 979). When the temple was built to worship Duc Thanh Tan Vien (258 BC) and the great generals of the 18th Hung King, villagers planted the tree not only for shade, but for guarding the shrine, as a spiritual belief.

It is said that King Dinh Tien Hoang, whilst patrolling Hoa Lu capital, sent soldiers to plant this tree on a rock in Thung Nham. The tree has a quirky shape. The main trunk and three branches grow vertically alongside one another and one other branch is oblique and tilted in a different direction, quite similar to Buddhist Mudras.

Experts assess that this Streblus asper tree is 1,000 years old, yet magically remains verdant…on a rock.

It looks like a forlorn figure standing in the fields of Binh Minh commune (Thanh Oai district, Hanoi). The old tree belonging to Cashew family is shady, playfully dubbed as a “lonely tree”. It is shaped like an umbrella spreading out from afar.

The tree is estimated to be over 1000 years old and is about 15 meters in diameter with a stump of about 8 meters in circumference taking a 5-7 humans to embrace.

It is also called the yin-yang by the locals since it possesses feng-shui characteristics. The lonely tree biennially fruits in December in the lunar calendar.

The year, the Eastern half of the tree sprouts beautifully young buds and verdant leaves, while the western half will in contrast produce fewer buds and thin pale-yellow leaves, and vice versa the next year.

Legend has it that the tree was planted by Ambassador Do Canh Thac, Dinh Bo Linh’s time as a landmark boundary between Binh Da village and Sinh Qua village, Binh Minh commune. Over a millennium has passed and the old tree is still as leafy and a witness to the history of the people in the village.