The mine, called Roper Valley, has a mining capacity of four million tonnes per year, the Hoa Phat Group said in a statement, without revealing the value of the deal.

This is Hoa Phat’s first major investment in Australia, which holds the world’s largest supply of iron ore, and the group is considering buying more projects there to have a total annual capacity of 10 million tonnes a year, or half of the group’s demand.

Hoa Phat is also considering buying coking coal mines in Australia. The import of this material from Australia accounts for 30 percent of its steel price.

The group targets a 33 percent growth in revenues and post-tax profits this year to VND120 trillion ($5.21 billion) and VND18 trillion, respectively.

Steel prices have risen by 40-50 percent since the end of 2020, according to the Vietnam Steel Association (VSA), troubling construction companies.

The Vietnam Association of Construction Contractors asked the Government Office to investigate the price rise and find out if steelmakers were cooperating with each other to push up prices.

The VSA has forecast that prices will continue rising until the end of the third quarter.

The ministry expects demand for steel and steel billet to grow 3-6 percent respectively this year as the real estate industry and construction sectors are reviving and major infrastructure projects like Long Thanh International Airport in southern Dong Nai Province and the North-South Expressway are underway.

The ministry has recommended that the government issues favourable policies encouraging steelmakers to expand production and attracting new enterprises to the steel industry. 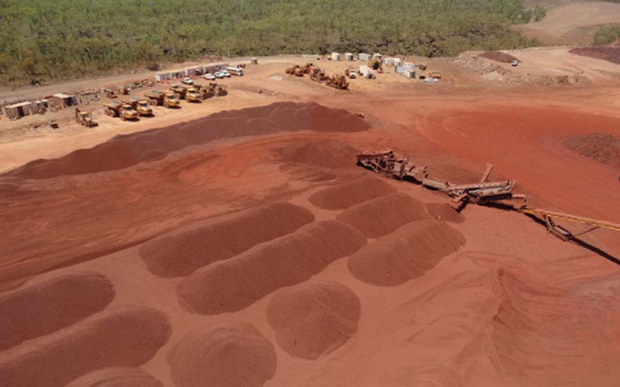 The Roper Valley mine in Australia (Photo: Hoa Phat)

Hanoi (VNA) – The Hoa Phat Group has announced that it had received approval from Australia’s Foreign Investment Review Board to purchase an iron ore mine in the country.

Upon completion of the transaction, Vietnam’s largest steelmaker will own the Roper Valley mine, which has estimated reserves of 320 million tonnes. It is set to exploit 4 million tonnes per year.

It is mulling the purchase of new iron ore mines in the country in a bid to ensure at least half of its long-time supply, or 10 million tonnes annually.

The group is also looking to buy coking coal mines in Australia in the time to come to take the initiative in the production of the material, which makes up one-third of steel prices and is primarily imported from Australia./. 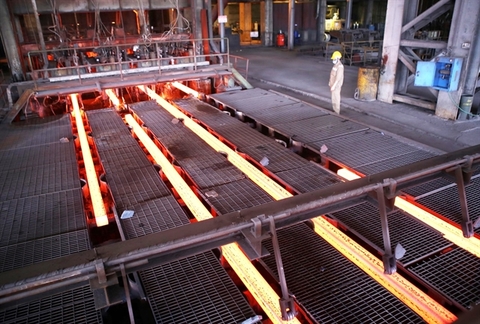 Twenty-two companies have entered the “one-trillion-dong profit club” for January-March, despite the economy being ravaged by the COVID-19 pandemic.

This is also the 7th consecutive quarter that Hoa Phat has witnessed profit growth compared to the previous quarter. HPG share prices have also increased strongly by 52 per cent since the beginning of 2021.

Hoa Phat was followed by Vietcombank (VCB) and VietinBank (CTG). Vinhomes, after many quarters of being in the top position, suddenly slid to 4th place with VND5.48 trillion in post-tax profit, down 28 per cent year-on-year.

In the banking group, the winner of Q1 this year was Vietcombank (VCB) with more than VND6.9 trillion in post-tax profit, climbing over 65 per cent compared to Q1 last year.

VietinBank (CTG) ranked second in the banking group with VND6.47 trillion in post-tax profit, up 169 per cent year-on-year. TechcomBank ranked third with VND4.48 trillion, more than doubling the figure of the same period last year.

In terms of ordinal numbers, the first quarter of this year witnessed many changes in the banking group.

VietcomBank still maintained the first position, but the second position was taken by Vietinbank (CTG) this year after Techcombank (TCB) held it last year.

Despite the impact of the COVID-19 pandemic, the banking sector saw strong growth in profits, of which the strongest increase belonged to ViettinBank (CTG) with a growth rate of 169 per cent. It was followed by Sai Gon-Ha Noi Bank (SHB) with 116 per cent and Military Bank (MBB) with 100 per cent.

On the stock market, Techcombank (TCB) shares rose 49 per cent from the beginning of the year, VPBank (VPB) increased 89 per cent, VIBank (VIB) gained 81 per cent, Asia Commercial Bank (ACB) rose 28 per cent and Sai Gon-Ha Noi Bank (SHB) was up 58 per cent.

There were also other familiar names that were regularly present in this prestigious club, including dairy company Vinamilk (VNM) with nearly VND2.6 trillion in after-tax profit, down 6 per cent year-on-year, PVGas (GAS) recording a profit after tax of more than VND2 trillion, down 12 per cent compared to last year.

IT company FPT and mobile retailer Mobile World Group (MWG) also joined the club. MWG gained VND1.3 trillion in after-tax profit, up 18 per cent year-on-year, while FPT reported a profit of VND1.15 trillion, up 23 per cent.

The rubber industry witnessed the participation of one member – the Vietnam Rubber Group (GVR) with VND1.21 trillion of post-tax profit, 3.6 times higher than the profit achieved in the first quarter of last year.

Engine and Construction Machinery Corporation (VEAM) announced a profit of VND1.45 trillion, up 9 per cent. Most of VEAM’s profits come from its associates.

BInh Son Petrochemical Refinery (BSR) was among the most notable names. While it reported a loss of more than VND2.35 trillion in Q1 last year, it earned a profit of VND1.85 trillion in Q1 this year. This was also the 5th quarter in a row that Binh Son Refinery’s profit grew compared to the previous quarters. — VNS

The index was in the green throughout the day and closed with a near 10-point gain.

Trading value on the Ho Chi Minh Stock Exchange (HoSE), on which the index is based, surged 25 percent to VND19.3 trillion ($842 million), highest in the last four sessions.

The VN30 basket, comprising the 30 largest capped stocks, saw 20 tickers in the green.

The ticker has repeatedly climbed to new all-time peaks in recent months, gaining 80 percent since the beginning of the year.

HPG rose to a new peak with a 3.8 percent gain. The ticker has risen 40 percent this year.

NVL of real estate developer Novaland Group rose for the fourth session in a row by 2.7 percent.

On the losing side, SBT of sugar producer Thanh Thanh Cong – Bien Hoa JSC continued its downward trend with a 2.2 percent drop.

The HNX-Index for stocks on the Hanoi Stock Exchange, home to mid and small caps, fell 0.11 percent, while the UPCoM-Index for the Unlisted Public Companies Market rose 0.7 percent.

The index fluctuated around 1,340 points throughout the day and closed with a 3-point gain to a new peak. This is its fourth consecutive session in the green.

Ho Chi Minh Stock Exchange (HoSE) once again showed signs of overload with investors having trouble placing orders and price boards showing delayed data. Many brokerages have advised investors to limit modifying or cancelling orders as this will cause system strain.

The VN30 basket, comprising the 30 largest capped stocks, saw 13 tickers in the green, led by SSI of leading brokerage SSI Securities Corporation with a 5.3 percent gain to a new peak.

It was followed by GAS of state-owned Petrovietnam Gas with a 4.4 percent gain to the highest since April 20. This was its fourth consecutive session ending in the green.

VCB of state-owned lender Vietcombank was the top banking gainer this session with a 2.2 percent increase. It contributed most to the VN-Index gain with 2.3 points.

Trading volume of the ticker rose 179 percent from the average of the last 10 sessions, showing high demand.

Other gainers include MWG of electronics retail chain Mobile World and PDR of Phat Dat Real Estate Development, both up 1.7 percent.

On the losing side, HPG of steelmaker Hoa Phat Group led with a 2.7 percent drop, followed by VIC of biggest private conglomerate Vingroup, down 2.1 percent.

Foreign investors were net sellers for the third session in a row to the tune of VND1.2 trillion, with strongest pressure on HPG and VIC.

The HNX-Index for stocks on the Hanoi Stock Exchange, home to mid and small caps, rose 1.12 percent while the UPCoM-Index for the Unlisted Public Companies Market gained 0.59 percent.