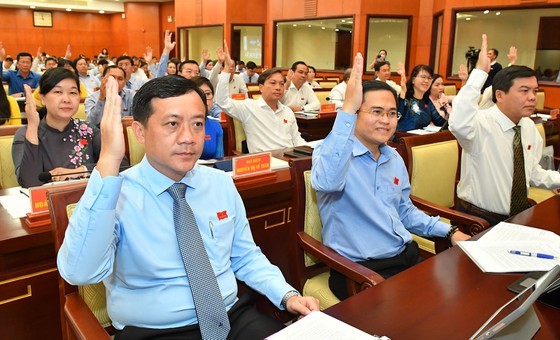 After the government spent many months researching policies to support businesses to overcome the impacts of the COVID-19 pandemic, tax reductions are receiving wide support from businesses.

Business households and individuals could thus enjoy a deadline extension for VAT and personal income tax payments for tax payable in 2021. As for land rents, the MoF requests an extension of the payable land rent in the first period of 2021 for enterprises, organisations, business households, and individuals that are eligible for this support. If this proposal is approved, the total amount expected to be postponed or deferred is estimated at VND115 trillion ($5 billion), according to the ministry.

Vu Tien Loc, chairman of the Vietnam Chamber of Commerce and Industry (VCCI), said that most businesses are trying to find ways to survive and retain their workers’ jobs, with only a few larger ones remaining relatively unscathed.

For instance, the pandemic forced Pearl Garment JSC to narrow down its production scale to ensure a speedy capital turnover, safe production indicators, and the salary for employees.

Phan Anh Tuan, deputy director of Pearl Garment, hoped that the government’s tax rescheduling “will maintain production and business.” Up to now, the company has not been able to restore production, and its output is facing difficulties as customers in importing markets such as Europe, South Korea, and the US were responding with fewer orders amid the pandemic.

If approved, this would not be the first time that the government has provided assistance to businesses affected by COVID-19. Last year, it provided about VND130 trillion ($5.65 billion) to companies and household businesses by postponing taxes, fees, and other payments.

Pham Thi Tuyet Lan, deputy director of the Tax Revenue Estimation Department under the General Department of Taxation, said that this support created a fair recovery option in revenue, helping 2020’s budget revenue exceed the estimate. Lan said this is a “good experience” to implement budget collection tasks for this year.

However, some economists disagree. Assoc. Prof. Dinh Trong Thinh of the Academy of Finance said that it is necessary to specify subjects entitled to tax payment extensions. “In essence, an enterprise is only obliged to pay income tax if it actually has income. When there is no income, there is also no income tax,” Thinh said, which means that if the proposal is applied on mass, some businesses will enjoy tax extensions despite doing well in recent months.

According to Thinh, it is necessary to learn from the support policies in 2020, which were much less effective than other efforts of the government in supporting the economy. For example, with the credit support package, when businesses wanted to access this support, they were met with complicated procedures and large costs such as audit reports, damage assessments, and liquidity proofs.

“With such a design of the supporting policies in 2020, many small and medium-sized enterprises that needed support the most were the ones that had trouble accessing them,” Thinh said.

Moreover, the policy for direct support to employees have also been ineffective, according to him. By the end of August, only over 16 million people from different groups of workers received support with a disbursement rate of only over VND17 trillion ($739 million), accounting for 19 per cent.

In which, the majority of workers belonged to sponsored groups, workers with meritorious services, and poor households. Meanwhile, those most affected are freelancers and disadvantaged workers in the informal sector that do not have access to this support package. These shortcomings, Thinh said, “need to be addressed when implementing the new supporting policies in 2021”.

Many aid advocates in organisations said that lawmakers should turn to a more focused and efficient approach to support small businesses, until widespread vaccination takes place and helps to open the economy entirely.

Nguyen Thi Cuc, chairman of the Vietnam Tax Consultants’ Association, said that the tax extensions for businesses will reduce a part of their budget revenue. But this policy will still help them to re-invest and thus contribute more to the state budget.

Cuc estimates that up to now, over 80 per cent of businesses are being negatively affected by the pandemic, of which small businesses are the most strongly affected. If the state allows enterprises to pay taxes more slowly, it will help them overcome the current difficulties and increase sales. 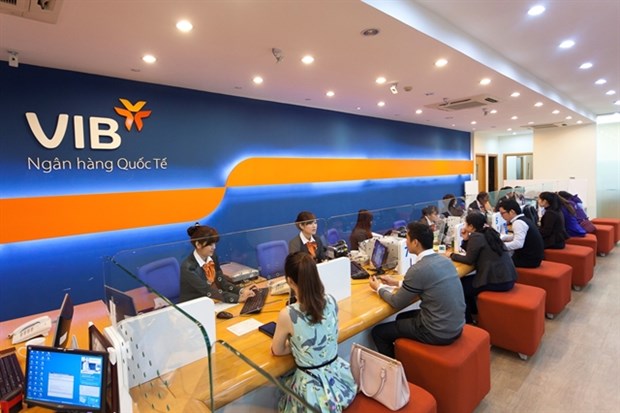 Transactions at VIB. — Photo courtesy of the bank


Hanoi (VNS/VNA) – The Vietnam International Bank (VIB) posted pre-tax profit of over 1.66 trillion VND (72 million USD) in the third quarter of 2020, up 30 percent month-on-month and 52 percent year-on-year, according to its third quarter 2020 financial report published recently.

During the period, the bank’s pre-tax profit saw a yearly increase of 38 percent to over 4 trillion VND. Its return on equity ratio (ROE) was 28.9 percent, among the highest in the banking industry.

As of September 30, 2020, the bank’s total assets reached over 213 trillion VND while its credit over 151 trillion VND, up 14.2 percent year-over-year, triple the industry average, according to the data.

From January to September, the bank has continued to invest in technology, branch networks and people, recruiting more than 1,500 employees.

On October 5, VIB’s shareholders approved to cancel its trading on UPCOM. That will allow the bank to list nearly one billion shares to Ho Chi Minh Stock Exchange next month.

Previously, the bank also got the approval of the State Bank of Vietnam to divide bonus shares at the rate of 20 percent for existing shareholders to increase its charter capital to over 11 trillion VND.

For many years, VIB has always maintained its position as one of the leading banks in the trend of digital banking services with special emphasis on mobile phone platforms. VIB is the only bank in Vietnam that has won a customer experience award for four consecutive years and Digital Bank of the Year award for three consecutive years by The Asset magazine.

The bank has launched a new version of MyVIB application and officially applied e-KYC into issuing e-banking accounts for VIB customers, that allows registration and transactions on the phone after just a minute./.

VNA
According to the HCMC Customs Department, the number of enterprises carrying out import and export procedures for goods via this unit in the first months of this year increased significantly. Particularly, around 24,079 enterprises adopted import and export procedures, up 13.66 percent year-on-year. Of which, there were 18,797 importers, up 16.47 percent year-on-year.

Vietnam recorded a trade surplus of US$2.67 billion during the period.

Vietnam’s state budget collection in the first quarter of this year stood at VND403.7 trillion (US$17.52 billion), up 0.3% year-on-year and equivalent to 30.1% of the yearly estimate, according to the Ministry of Finance (MoF).

Upon breaking down, domestic revenue made up a lion’s share of the total at VND340.2 trillion (US$14.7 billion), up 1.2% year-on-year or 30% of the estimate. The MoF noted 57 out of 63 provinces/cities fulfilled tax collection targets as scheduled, or over 25% of the estimate.

Meanwhile, state budget expenditures during the January – March period hit VND342 trillion (US$14.84 billion), representing a slight increase of 0.2% year-on-year, or 20.3% of the estimate.

This resulted in the budget surplus of VND61.7 trillion (US$2.67 billion) during the period.

Fitch Solutions, a subsidiary of Fitch Group, however expected the country’s fiscal deficit to be narrowed to 3.7% of the GDP.

Such forecast “factors in both a stronger revenue and expenditure outlook against the government’s projections supported by more robust economic activity in 2021 against 2020,” stated Fitch Solutions.

According to Fitch Solution, Vietnam’s budget revenue could rise to VND1,580 trillion (US$68.6 billion), thanks to a continued recovery in economic activity, while expenditure is set to hit VND1,840 trillion (US$79.88 billion).

“A recovery in revenue collection will facilitate looser spending by the government. Capital expenditure disbursement is likely to be quicker in 2021,” Fitch Solutions noted.

The State budget collection this year is projected not to reach the estimate amid rising expenditure and declining fees and charges.

The Vietnam’s January-September budget revenue was estimated at 64.5% of the yearly target, making a year-on-year decrease of 11.5% to touch VND975.3 trillion.

The projected number for the whole year is more than VND1.3 quadrillion, deficiency of VND189.2 trillion (down 12.5%) against the yearly estimate.

The Covid-19 pandemic has derailed Vietnam’s economic growth this year. Other factors such as declining oil prices and slow progress of equitisation and divestment of state-owned enterprises also affected revenues from taxes, fees and crude oil export which make collection fail to meet the National Assembly’s projection.

Revenue from crude oil in the past nine months was estimated at VND27.5 trillion, equal to 78.2% of the estimate and down 36.9% from the same period of last year.

“Meanwhile, the budget deficit is forecast to rise sharply due to the adjustment of revenue policy to tackle difficulties for businesses. At the same time, expenditure for disease prevention and control, ensuring social securities and boosting consumption demand… is great, making budget deficit inevitable,” said Minister of Finance Dinh Tien Dung.

The Ministry of Finance (MoF) said balancing the central budget and local budgets at all levels is difficult in the context of shrinking revenue.

As of September 25, the ministry issued VND223.34 trillion worth of government bonds as planned for 2020, in which spending for paying due bond debts and receiving debts with Vietnam Social Securities was nearly VND9.9 trillion.

Forecasts show by year-end 2020, debt-to-GDP ratios will basically remain within the safety thresholds set by the National Assembly (NA). However, NA has warned the Government’s direct debt obligation has reached the ceiling of 25% of the total budget revenue in 2020 and is expected to exceed this rate in 2021 which can put it at risks next year.

Under this circumstance, MoF has directed to tackle revenue problems such as strengthening revenue management, reducing revenue loss, fighting against smuggling, trade fraud and price transfer, and reducing tax arrears. At the same time, it will review the state of tax debts of its sub-departments; classify debt groups that can be collected and irrecoverable.

MoF estimates revenues from equitisation and divestment may reach more than VND45 trillion if authorities at all levels drastically put things on the right track along with recovery of the financial and stock markets.

Dr. Vu Dinh Anh said besides restructuring revenue we must also control spending towards more rationally and efficiently such as streaming payrolls, reforming recurrent expenditure and management and use of public asset.