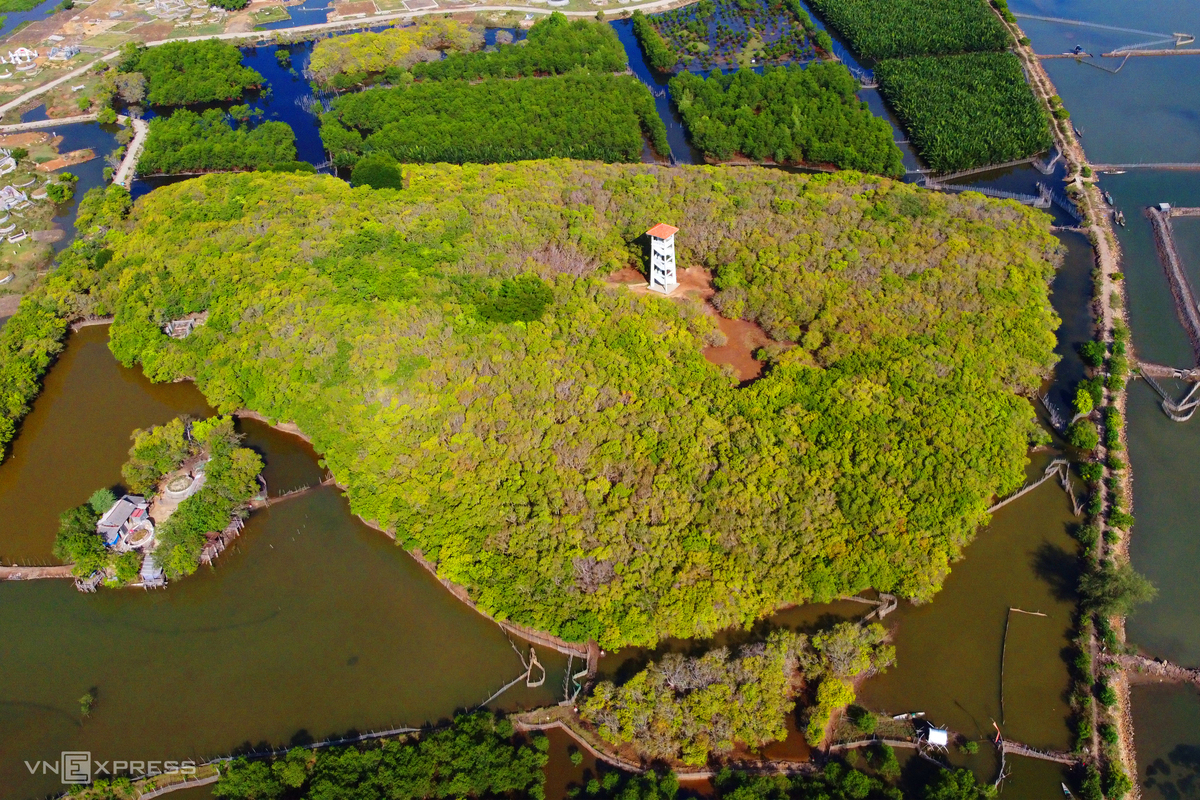 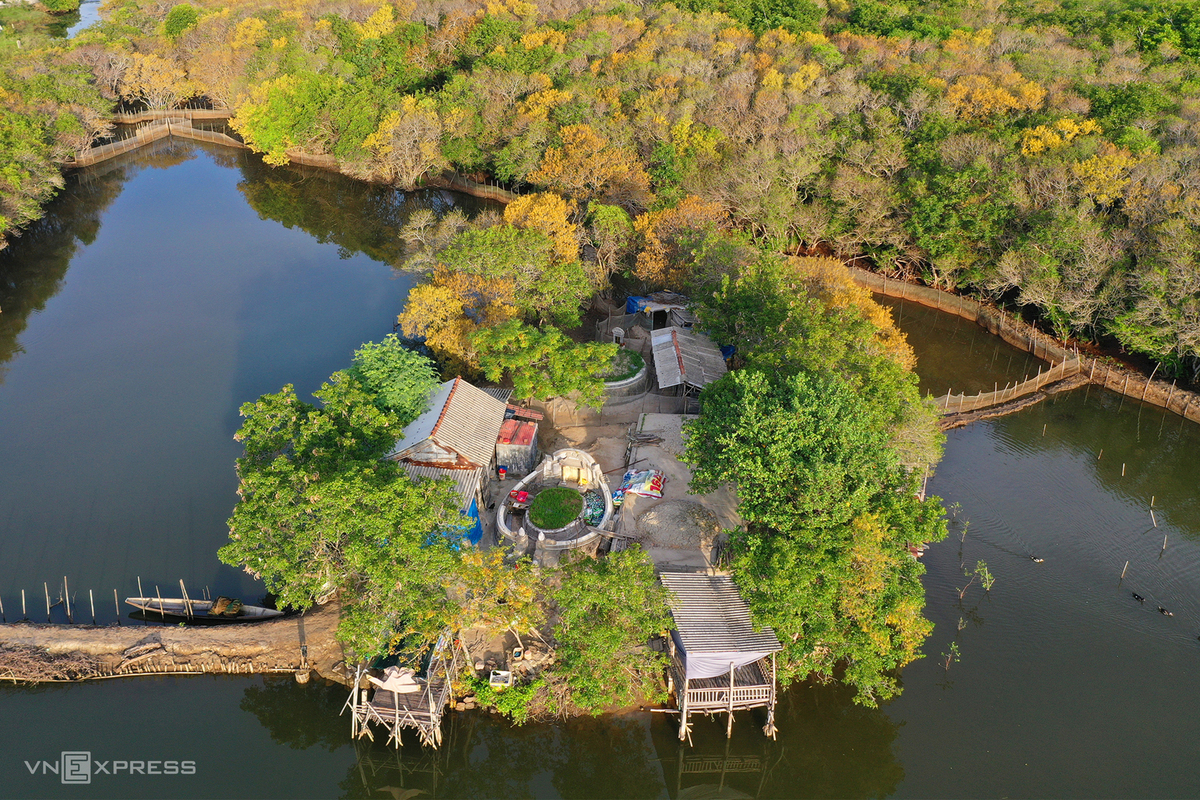 Nguyen Ngoc Dap, 77, and his wife Tran Thi Hong, 75, have been living in a 20- square-meter house as the only human residents of the mangrove forest for nearly four decades.

“38 years ago, my wife and I left the Thuan Hoa B village to live here and sent our kids to live with relatives. At that time, Ru Cha was really rich with fish and other seafood ,” Dap said. 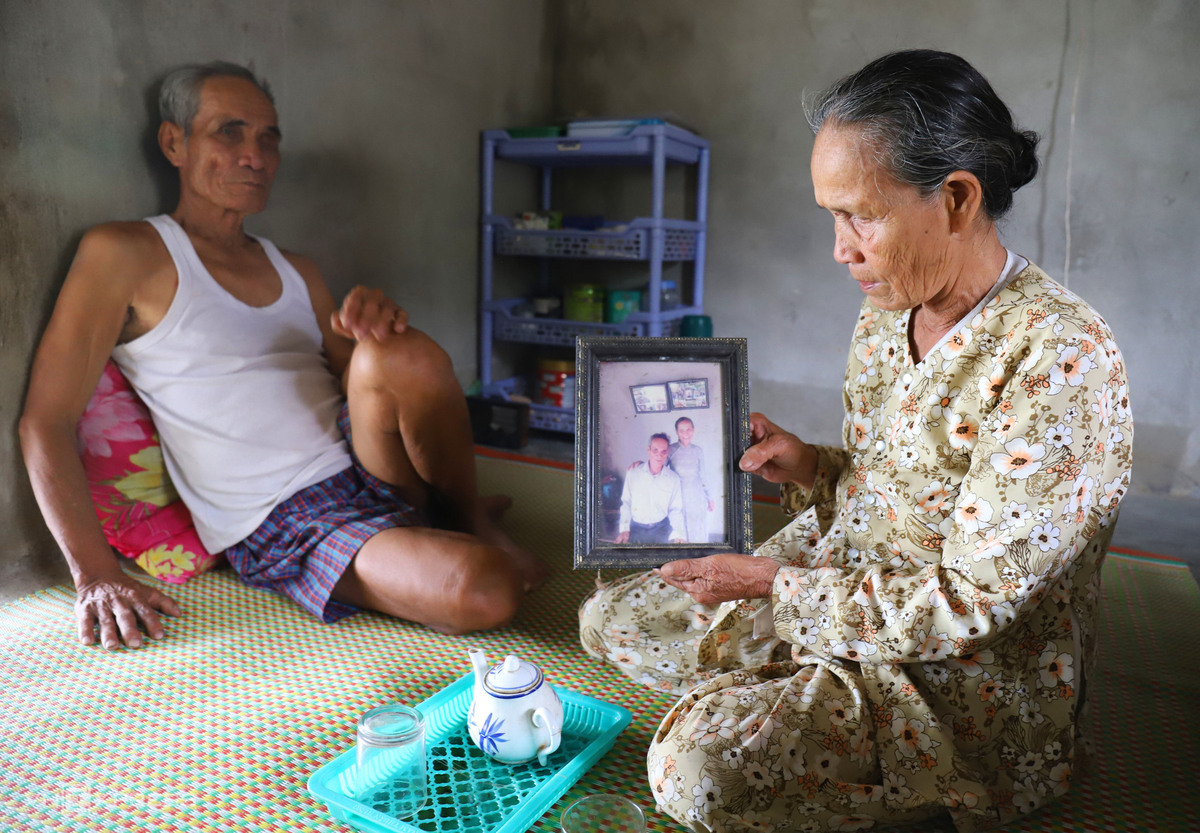 Hong shows a photo of her and her husband in their Ru Cha house.

An early challenge for the isolated life they had chosen was the lack of freshwater. Dap ha d to go to the village to get freshwater every day. 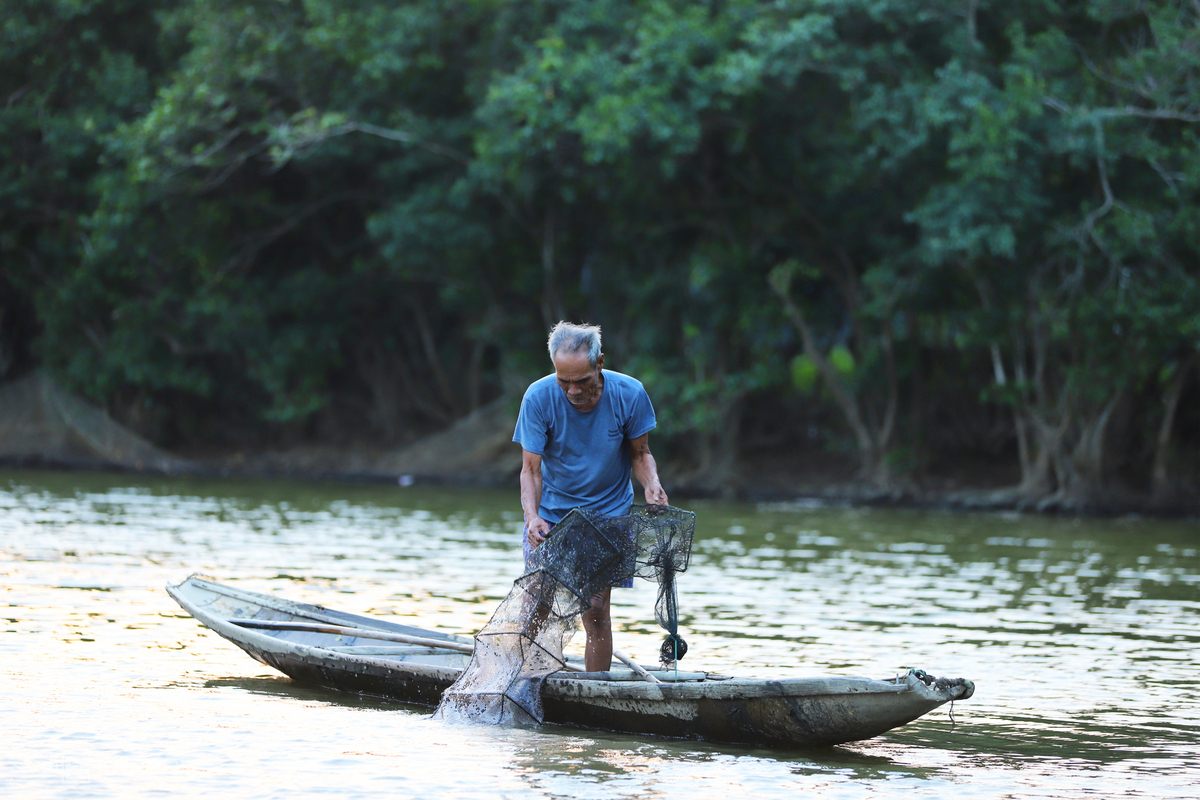 E arly morning, Dap sets off in his small boat to catch fish and shrimp. 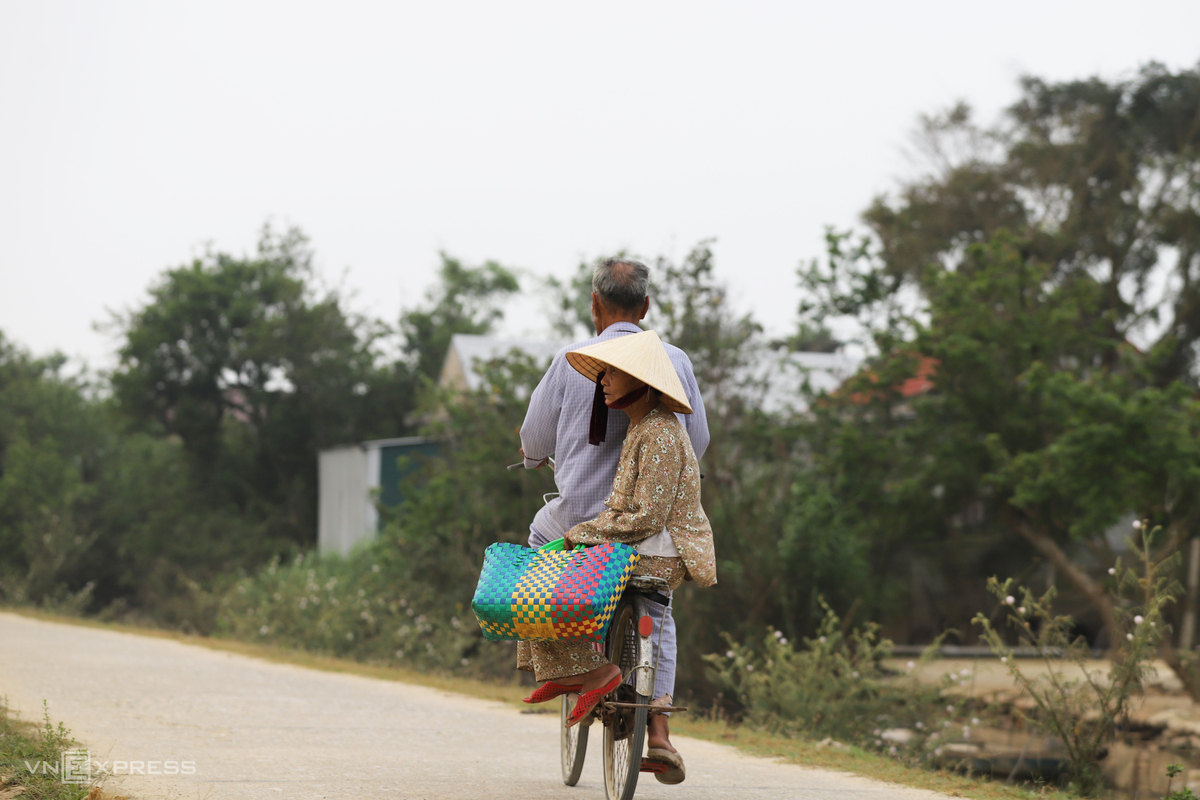 The couple then take the catch to the Thuan Hoa B village to sell or trade for food. The village is just one km away from the mangrove. 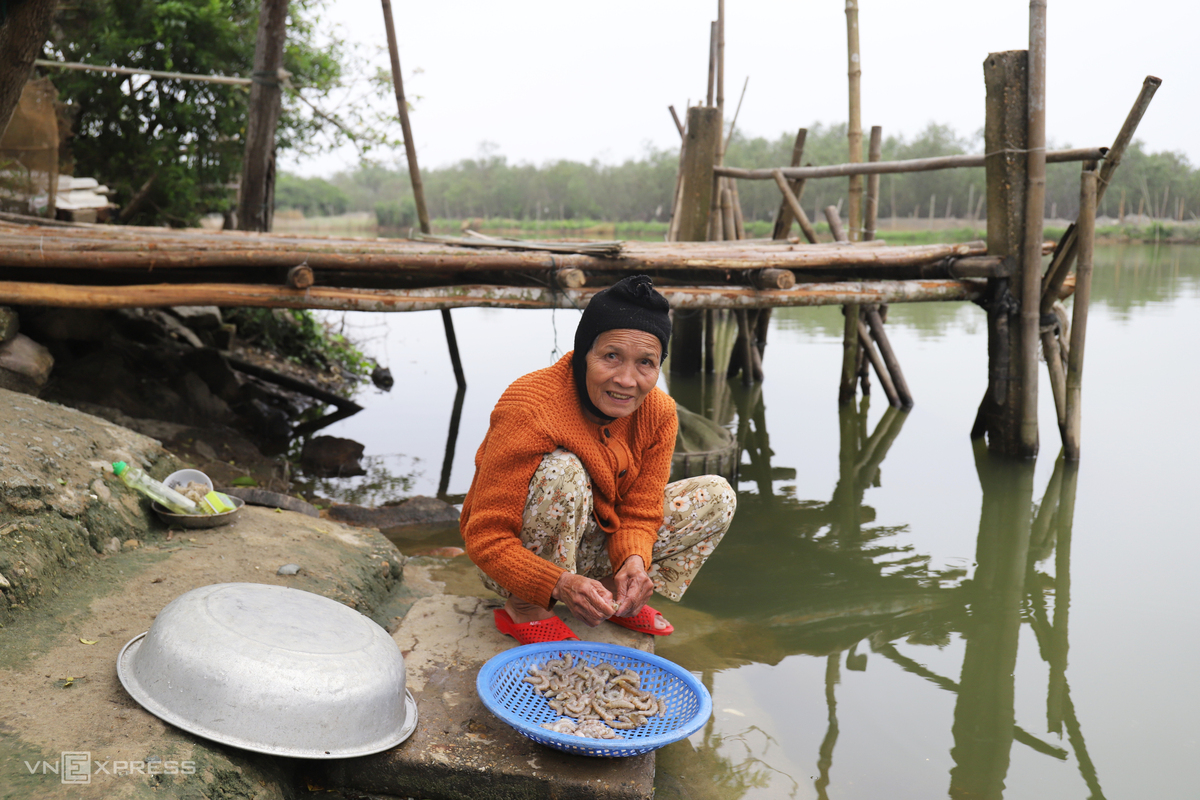 The couple places a lot of buckets and barrels around their home to collect rainwater. They have also bought a tank to store freshwater in. To save freshwater, Hong uses brackish water for rinsing fresh food and washing clothes. She rinses them later with freshwater. 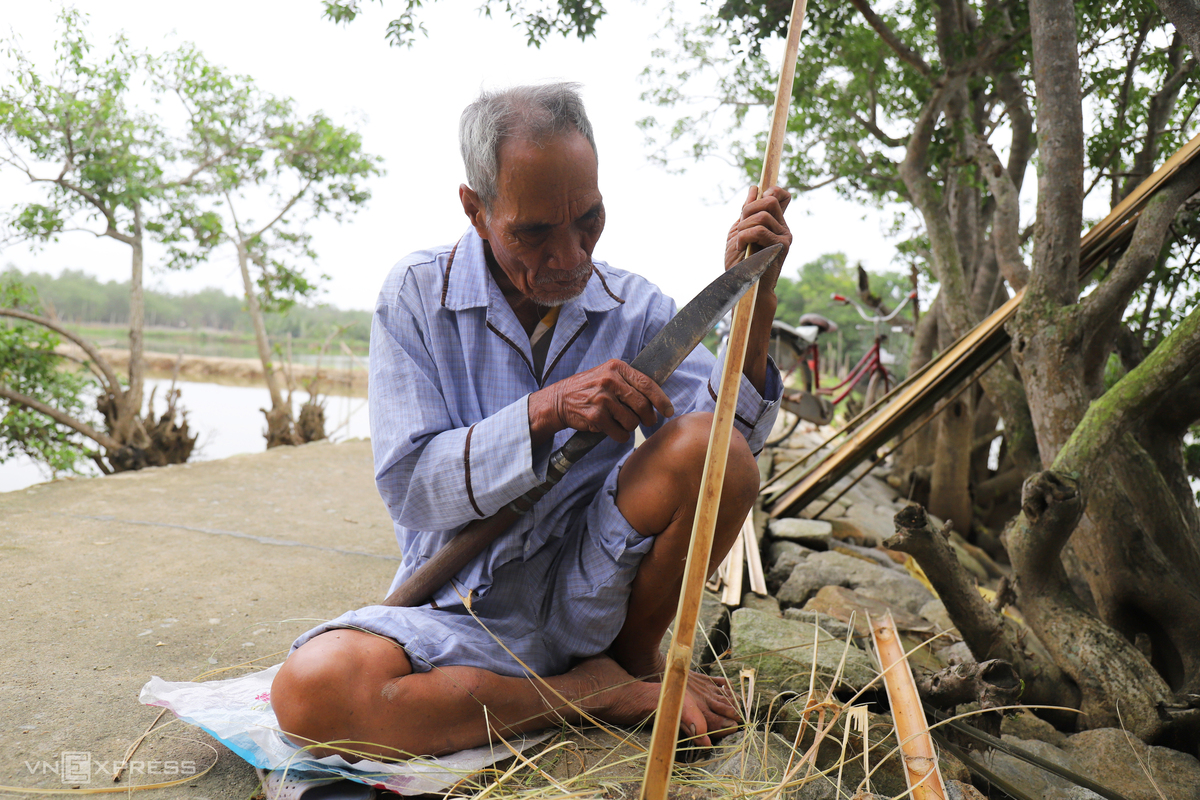 Nguyen Dai Anh Tuan, Deputy Director of Agriculture and Rural Development Department of Thua Thien Hue Province, said Dap and his wife have been living in Ru Cha for a long time before it was designated a special-use forest. The ir living there doesn’t affect the natural environment of this area , he said. In fact, un der their watch, the Ru Cha mangrove forest has been well protected for decades and not overexploited like other areas. 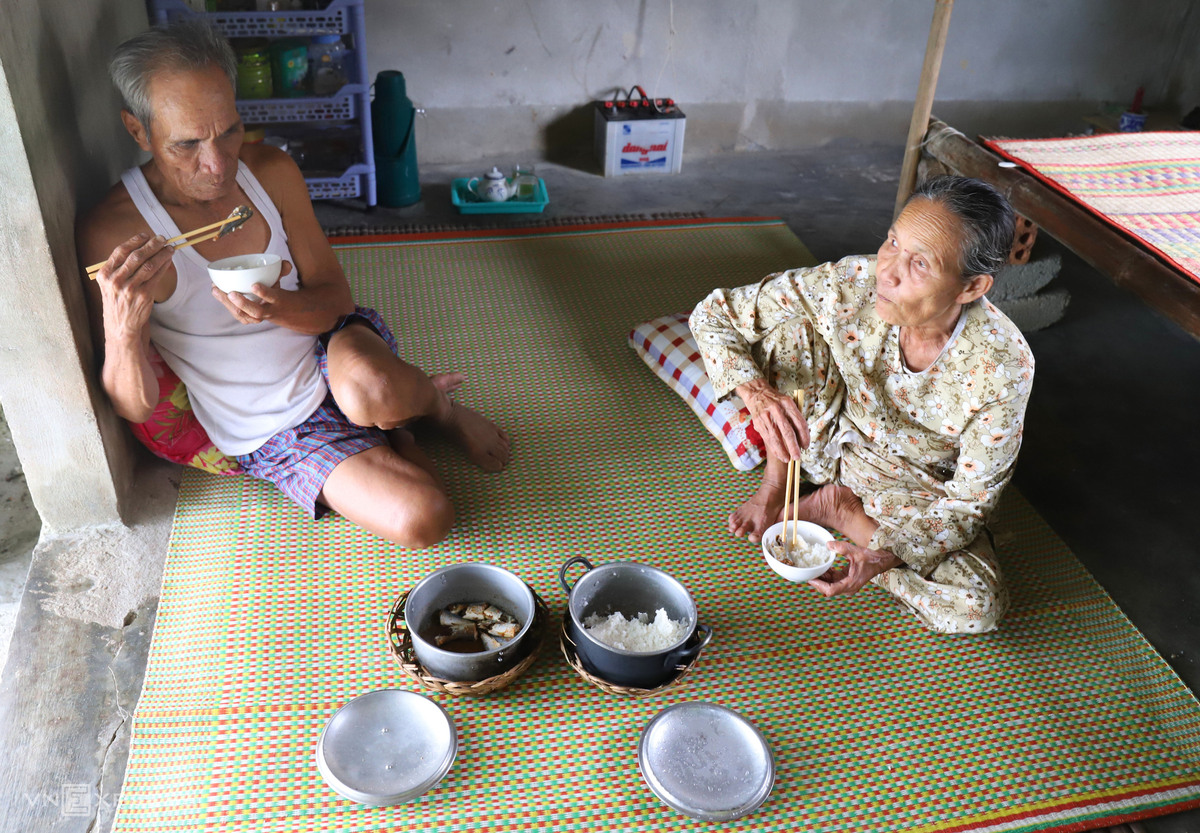 The couple has rice with braised fish for lunch.

They have lived quite a simple life for nearly four decades. They follow a simple routine that ends with dinner, tea and conversation about how the day went. 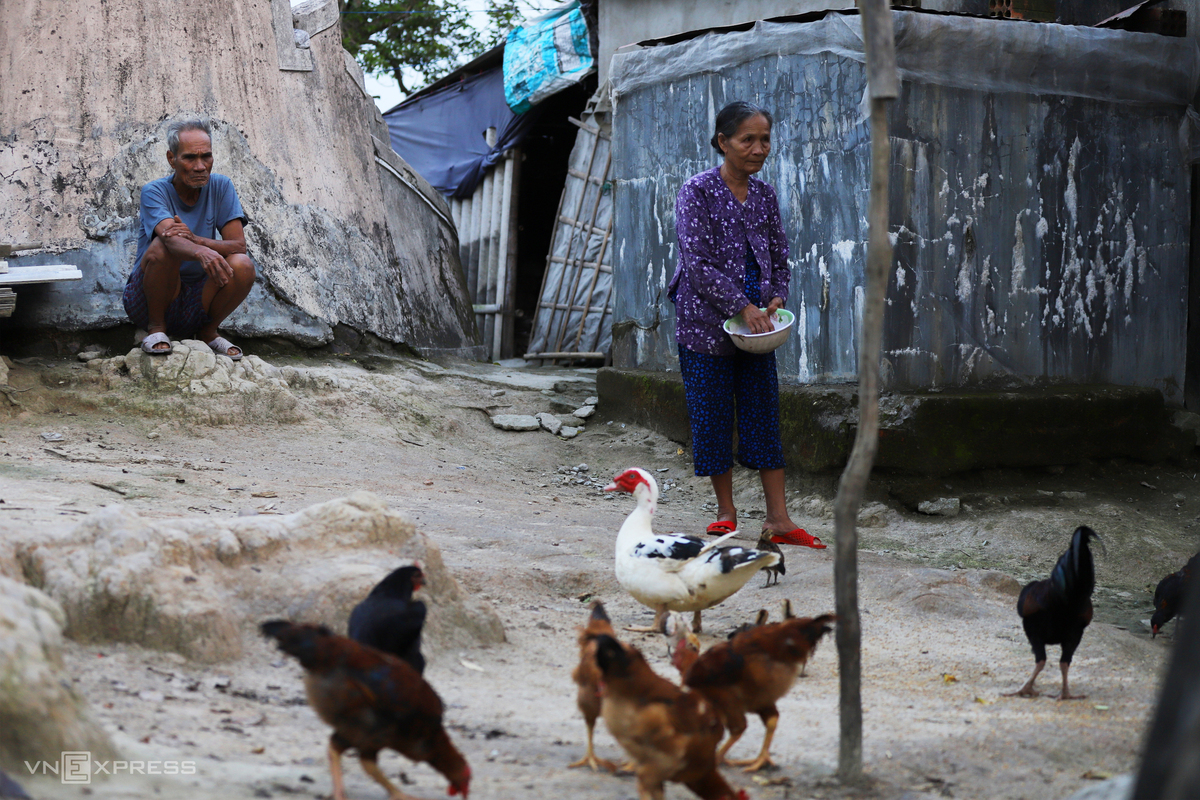 In addition to fishing, the couple also breeds chickens and ducks. It is Dap ’s habit to watch his wife feeding the poultry every day. 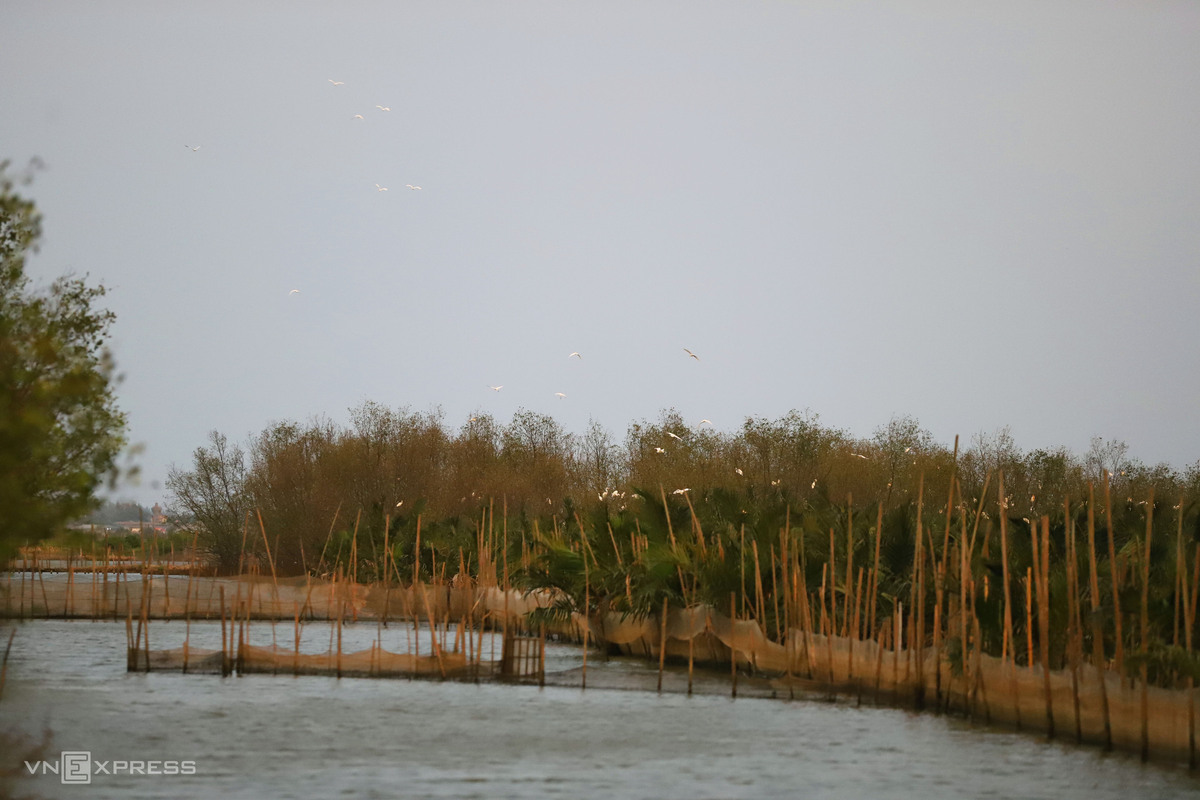 After dinner, the couple usually sits at the ir front door to talk and look at the birds that fly to and from the forest. 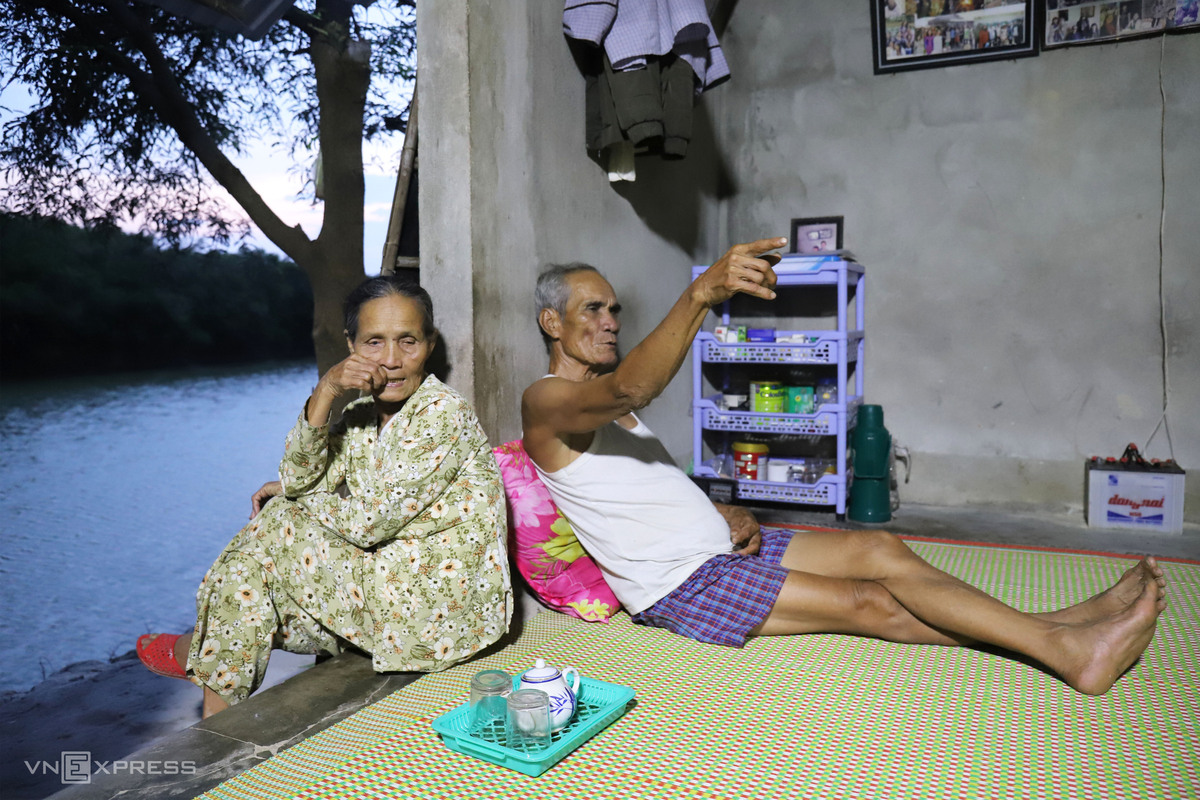 These days, their house has become brighter thanks to a solar flashlight. The couple feels that in the coming years, many types of bird s will settle down in the area as the Ru Cha forest is expanded .

Dung, the owner of a hotel, said he has a “treasure” hidden at the bottom of the pond which yields about VND34 billion a year. 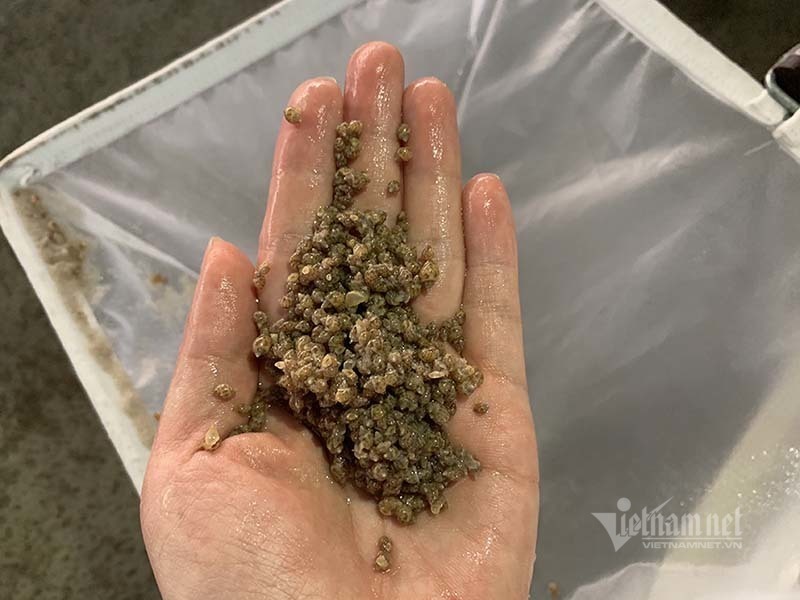 Leading reporters to his closed snail farming area in Cua Tung Town in Quang Tri recently, Phan Van Dung pointed to the pond divided into cells amid a sand field. He said this was just one of his five sweet snail (Babylonia areolata) farms.

He pointed out a cell lined with black canvas, where snails were about to be harvested in several days.

“The price has reached a record high of VND360,000 per kilogram, twice as high as last year. I believe I can earn big money this year,” he said.

In 2005, he built a small hotel with 20 rooms which became the major source of income of his family. Now he earns money from both the hotel and snail farming, but the farming brings much higher revenue.

At first, he hatched shrimp, but he failed many times over five years. In 2016, he decided to breed snails, which he believed would bring high profit and low risks, after half a year of learning farming techniques in the south.

The main feed for snail is fresh shrimp and fish. As his farm is next to the sea, he also buys pompano to feed snails because it is cheap.

He harvested the first crop after 7-8 months and earned a lot from it. The snail price fluctuates between VND170,000 and 400,000 per kilogram.

Dung now runs five snail farms with total surface area of 18 hectares with output of 200 tons per annum. He never takes a loss with snail farming.

The snails sales to Chinese merchants and domestic sales bring total turnover of VND34 billion and profit of VND17 billion.

After showing reporters the ponds containing hundreds of tons of snails, Dung walked to an area with square water tanks and an oxygen conductor system.

The entire area, about one hectare, is used to produce snail breeders, and is divided into different compartments for parent snails to lay spawn and for a spawn hatchery. There is also a compartment to raise snails until they are standard size (40,000-50,000 snails per kilogram) and brought to ponds.

When he began farming snails, he had to buy breeders from other localities at high prices, so the profit was not high. In 2019, he decided to set up a breeder production area to establish a closed snail production line.