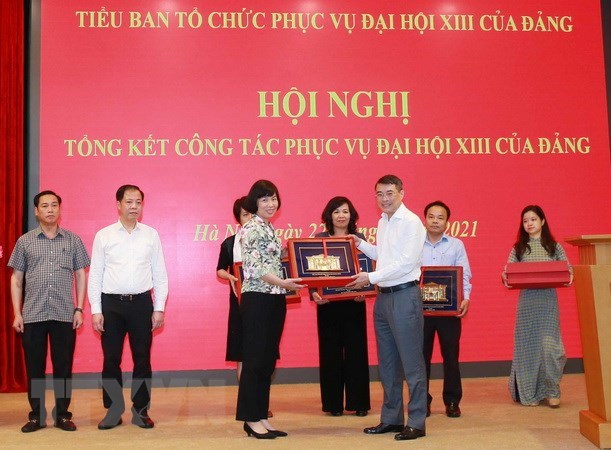 Hanoi (VNA) – The sub-committee in charge of organisational affairs for the 13th National Party Congress had contributed importantly to the success of the Congress, heard a conference on April 22 to review the sub-committee’s work.

Participants at the conference pointed out that logistics work for the congress faced many new problems due to the COVID-19 pandemic. However, with experience from organizing previous events and the high sense of responsibility as well as the professionalism of forces involved in the organisational work.

Concluding the conference, standing member of the Party Central Committee’s Secretariat Vo Van Thuong said the sub-committee have fulfilled all tasks from preparing the working programme and communication campaign for the congress, to logistics such as accommodations and transport for delegates, and pandemic prevention.

Thuong quoted Party General Secretary Nguyen Phu Trong as saying that the 13th National Party Congress is among the most successful national party congresses in terms of content, organisational work and working style. The sub-committee of organisational affairs had contributed very importantly to the success, he said./.