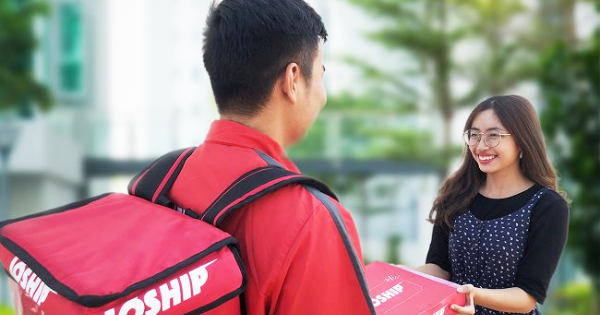 Loship will use the investment to expand its delivery network, human resource, technology and market. — Photo tvphapluat.vn

This capital injection marks Loship as the first portfolio company of MetaPlanet in Việt Nam and Southeast Asia. The investment comes four months after the startup secured capital in a bridge round led by Vulpes Investment Management.

According to Loship CEO Nguyễn Hoàng Trung, the fresh capital will be spent on expanding the firm’s delivery network, human resource, technology and market.

“A huge portion of the funding will be poured into upgrading our app and developing technologies in Loship,” Trung said, adding that they will also ramp up their marketing strategies to cement Loship’s presence in the domestic market.

“It didn’t take me very long to realize Loship was on to something,” Loship quoted Tallinn as saying in its announcement.

“MetaPlanet is planning to pay more attention to the rapidly growing economies in Southeast Asia. So I’m delighted to be off to a strong start in Việt Nam by adding Loship as our first portfolio company there.”

Founded in 2017, Loship traces its roots back to Lozi, a review app allowing users to find food, beverage, and coffee shops, before transitioning into a one-hour-delivery services platform.

Loship has closed its series A and B rounds from investors such as South Korea’s Smilegate Investment, Hana Financial Group, DTNI, and Golden Gate Ventures. — VNS

The Hanoitimes – The foreign-invested sector made up 76.4% of Vietnam’s total exports in the first two months with US$37.07 billion, representing an increase of 30.5% year-on-year.

Vietnam reported an estimated trade deficit of US$800 million in February, narrowing the trade surplus in the first two months of 2021 to US$1.29 billion in 2019, the General Statistics Office (GSO) has said in a monthly report.

Among Vietnam’s key export staples, phones and parts are predicted to earn the largest export turnover during the January-February period at US$9.3 billion, up 22.8% year-on-year and accounting for 19.2% of Vietnam’s total exports.

Meanwhile, China continued to be Vietnam’s largest supplier, selling US$17 . 3 billion worth of goods to Vietnam, surging 85 . 7% year-on-year.

South Korea claimed the second place by exporting US$8 . 4 billion worth of goods to Vietnam, up 6.7% year-on-year, followed by ASEAN countries with US$5.6 billion, up 18.5%.

The Hanoitimes – Medical declaration will be used merely for the prevention and control of the Covid-19 epidemic.

Vietnam will require all residents to make compulsory medical declaration from March 10 in an effort to curb the outbreak of the new coronavirus (SARS-CoV-2).

The declaration will contribute to the national combat against the Covid-19 epidemic, Deputy Prime Minister Vu Duc Dam, head of the National Steering Committee for Covid-19 Prevention and Control, said at a meeting on Sunday morning.

Health information will be used merely for the prevention and control of the epidemic, according to the committee.

The Ministry of Information and Communications, the Ministry of Health, Vietnam Social Security, and IT agencies will assume responsibility for the implementation.

So far, Vietnam has required compulsory medical declaration for all people coming to the country. But the move is not enough when the country has already entered the second phase of the battle against the epidemic, the deputy PM said, noting that this phase is much more severe.

Compulsory health declaration is required after a Vietnamese woman ignored the request when she returned to the country from a European trip that included a visit to Lombardy, an epicenter in Italy.

After she tested positive with the new coronavirus on March 6, Vietnam found 13 more cases within two days, including 10 on the same Vietnam Airlines flight as her.

Vietnam has identified crew members and passengers of the flight and applied quarantine and medical check.

Deputy PM Vu Duc Dam predicted that the number of infection cases will continue rising in the days ahead.

The northern province of Quang Ninh has become the first locality to require the health declaration. Since March 8, around 300,000 residents in Ha Long city have filled out medical inquiries after four foreign visitors got infected with the virus. The visitors were on board the same plane from London to Hanoi as the woman who was the first infected case of Hanoi.

The draft law on measures to prevent the spread of COVID-19 and other deadly and serious infectious diseases, which consists of six chapters and 18 articles, was approved on February 28 during a Cabinet Meeting chaired by Prime Minister Hun Sen.

Meanwhile, Laos’ National Taskforce Committee for COVID-19 Prevention and Control is requiring all foreign citizens entering Laos to purchase COVID-19 insurance, in addition to other travel documents and requests for permission to enter the country.

Non-Lao citizens wishing to enter Laos must contact their embassy concerning COVID-19 insurance, which will cover the cost of any medication prescribed in the event that the policyholder contracts the virus, as well as wearing a health tracking device.

The special insurance is now required because ordinary health and travel insurance policies do not provide cover against pandemics, including any incidents relating to COVID-19.

Given the cost of hospital treatment and the possible need for repatriation, especially when considering quarantine requirements, the government is concerned that it could be responsible for unpaid hospital bills if foreigners contract the virus and are unable to pay for treatment.

Addressing the conference, the PM said the Government has managed to ensure people’s lives and livelihoods, describing its achievements last year as positive when every issue related to education, society, health care, security, and national solidarity received attention.

One of the important plans the Government has carried out include a stimulus package worth 250 billion RM (61.7 billion USD) issued on March 27, 2020, that was designed to protect people, support enterprises, and consolidate the economy.

Later, another 15 billion RM package was unveiled to cope with the COVID-19 outbreak, protect people’s welfare, and keep business activities uninterrupted under the pandemic’s impact.

Most recently, the Malaysian Government has launched the national COVID-19 vaccination plan with a view to giving injections to about 80 percent of the population. This plan will be carried out until February 2022 and divided into three phases, according to the PM.

To curb the coronavirus transmission, the Government has also tightened the movement control order but still allowed new business households to operate under strict standard operating procedures (SOP) in the areas recording high infections, known as “red zones”, so as to ease the pandemic’s impact on small-scale traders.

It is set to provide additional assistance for the poor and the businesses unable to reopen while paying focus on national digitalisation and reform.

The unemployment rate in Malaysia dropped to 4.8 percent in December 2020, and the country’s economy is expected to resume growth from the second quarter this year.

The Vietnamese delegation actively participated in the discussions with the aim of reaching consensus and promoting negotiations in order to early achieve satisfactory solutions for all parties, towards realising the sustainable development goal (SDG) 14.6 of the 2030 Agenda for Sustainable Development of the UN.
At a meeting of heads of delegation to the WTO, Chair of the WTO negotiating group, Ambassador Santiago Wills of Colombia, briefed the participants on the work that has been done since January 2021.
Wills reiterated that the WTO members should begin to express their views on an acceptable outcome that can lead the successful conclusion of negotiations, aiming to protect aquatic resources worldwide.
Many statements delivered at the meeting noted the differences of views on the three issues discussed in the latest negotiation round, while proposing to use many different forms of negotiation to find solutions to narrowing the differences.
A number of members welcomed the call of new WTO Director-General Ngozi Okonjo-Iweala on February 15 to introduce the WTO’s new rules on fisheries subsidies as soon as possible in 2021.
The next round of negotiations on fisheries subsidies will start on March 15. WTO members can also conduct consultations before the next round of negotiations.
The WTO’s 11th Ministerial Conference (MC11) and SDG 14.6 give negotiators the task of securing an agreement on eliminating subsidies for illegal, unreported and unregulated (IUU) fishing and to prohibit certain forms of fisheries subsidies that contribute to overcapacity and overfishing by the end of 2020. WTO members committed to build on their 2020 progress and reach a resolution in 2021.
SDG 14.6, part of the 2030 Agenda for Sustainable Development adopted by all United Nations member states, including Vietnam, in 2015, affirms the WTO’s role in the global fisheries subsidies agenda.
It targets to “by 2020, prohibit certain forms of fisheries subsidies which contribute to overcapacity and overfishing, and eliminate subsidies that contribute to IUU fishing, and refrain from introducing new such subsidies, recognising that appropriate and effective special and differential treatment for developing and least developed countries should be an integral part of the WTO fisheries subsidies negotiation.”