Healthcare centers in each district have been requested to set up a CTTV camera system at centralized quarantine facilities and make sure all footage could be extracted to help monitor suspected Covid-19 carriers currently in isolation.

All records of a quarantined person, as well as of the inspection and supervision process, must be kept at the quarantine camp, the department said.

To cope with infection spread, HCMC has been operating 52 centralized quarantine facilities that offer a total 4,500 beds across different districts aside from a dormitory of 10,000 beds at the Vietnam National University in Thu Duc City.

The city now has five medical facilities for Covid-19 treatment that can provide 1,955 beds in total.

As per containment protocol, Vietnam requests all people returning from abroad, those that have visited affected areas and those that have come into close contact with previously infected patients to remain in centralized quarantine camp for 14 days.

Since Jan. 28, when community transmission returned to Vietnam after almost two months, the city has reported 36 cases in eight districts. Of these, 35 were linked to the outbreak at its Tan Son Nhat airport, whose origin has yet to be identified, and the other to Hai Duong, the country’s epicenter.

The latest wave, which began in northern Hai Duong and Quang Ninh provinces, has spread to 13 cities and provinces, with infections rising to 820.

HCMC has detected no new cases in the last two weeks.

The team has developed a solution applying artificial intelligence to the accurate diagnosis of Covid-19 infections and provides intervention options.

Infection patterns vary by country and territory. As a result, interventions may work in one country or territory but be less effective in another.

A total 48 teams from 17 countries were selected for the final round out of a total 104 teams from 28 countries in the semi-finals. The results will be announced at the end of February 2021.

The jury selected the VinBrain team for the final round based on the accuracy of its AI models and ability to easily interpret predictions of the solution. This approach can be used for any future pandemic response model.

Members of VinBrain in the U.S. have come up with an extensive solution to this problem by developing region-specific AI models to predict the Covid-19 infection time series in those regions. The solution was based on the classical epidemic SEIR model, which was then expanded to integrate artificial intelligence.

In order to train its AI models, the team used available data like demographics, medical infrastructure, and economic indicators. A special feature used by the VinBrain team is Google Maps mobile metrics collected from worldwide Android phones in an anonymous and secure way, measuring the movements of people in public areas like parks, hospitals, workplaces, grocery stores, stations, airports.

The Pandemic Response Challenge co-organized by XPRIZE and Cognizant was launched in November 2020. With prize money of $500,000, the contest aims to harness the power of data and artificial intelligence to predict Covid-19 infection rates, and propose intervention plans for governments, communities and regional institutions to control the pandemic when reopening the economy.

VinBrain is an AI-focused company funded by VinGroup and its mission is to infuse AI and IoT to medicine. VinBrain aims to provide access to the best healthcare solutions, knowledge, and services. VinBrain is made up of a team of talented AI professionals with world-class experience.

Their expertise lie in the fields of computer vision, machine learning, language processing and large scale products and services. VinBrain’s AI experts work in teams despite living in many different countries and territories including Vietnam, Australia, South Korea and the United States.

Vietnam’s economic engine HCM City has the country’s lowest fertility rate of 1.53, according to the Ministry of Health’s latest report in June.

A total 21 provinces and cities have low to very low fertility rates, mostly in the Mekong Delta, southeast and central coastal regions. With a total population of 38 million, these provinces’ prolonged declining fertility rates pose dire threats to the country’s future in terms of security, workforce and economy, the report said.

Meanwhile, 33 others have high fertility rates, with the central province of Ha Tinh topping the list at 2.9 births per woman of childbearing age.

The MoH has recently decided to attempt to adjust fertility rates among localities to maintain the desired fertility at replacement level of two to 2.2 children per woman of reproductive age.

The ministry said it would allocate State funds to provide contraceptive methods to localities with low birth rates which are usually poor and currently account for 42 per cent of the country’s population.

There will also be incentives to encourage families in areas with low fertility rates to have more children.

The plan touches on piloting online sex education and consulting for youth as well as programmes to prevent infertility and reproductive cancers for adolescents.

According to the MoH, Vietnam has a high rate of infertility of which 7.7 per cent is primary infertility.

The 2019 Population and Housing Census also revealed contradictions between women’s financial statuses and their willingness to bear a child.

Those in the richest group had the lowest fertility rate and vice versa. Sex imbalance at birth has witnessed an upward trend in recent years, the census highlighted.

According to the 2019 census, the TFR of urban areas was 1.83 children per woman, lower than rural areas’ average rate of 2.26. The trend has remained the same for two decades.

The imbalance in access to information and health care services contributes to the status quo, the census suggests, as couples living in cities are aware of the benefits of family planning and can easily access contraception.

Earlier in April, Prime Minister Nguyen Xuan Phuc approved a birth rate adjustment programme which encourages people to get married before the age of 30 and women to give birth to their second child before they are 35.

Local authorities have been asked to pilot marriage and family consultation services such as dating clubs and pre-marriage health consultations.  VNS 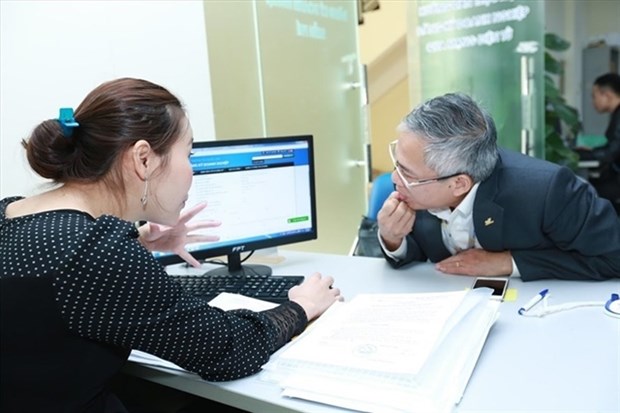 Hanoi (VNS/VNA) – Businesses may have several additional months before they have to pay income tax and land-use fees , per a proposal from the Ministry of Finance (MoF) to the Government.

The ministry proposed a five-month extension for business VAT tax, a three-month extension for income tax (for certain businesses only) and land-use fees, which may result in a more than 5 billion USD reduction in the State’s budget collection during the first half of 2021.

The proposal also included household and private businesses in sectors eligible for support as well as their income tax.

The MoF said the State budget would still even out as taxpayers were expected to make full payments by the end of the fiscal year while citing numerous difficulties faced by the business community in dealing with the adverse effects of the COVID-19 pandemic as grounds for the proposal.

The ministry stressed the importance of allowing businesses to hold on to their cash as it’s essential to the country’s economic recovery. This is the third proposal made by the ministry in support of the business sector.

Last year, tax offices issued extensions for nearly 185,000 businesses with a total tax payable of 3.8 billion USD with the main benefits being 14 domestic car manufactures to the tune of 870 million USD.

Economist Dinh Trong Thinh said the Government must do more to support the business community, saying it is an important factor in maintaining social and economic security. He, however, added inspection and oversight of support policies must be thorough to prevent waste and corruption.

Head of the General Department of Taxation Cao Anh Tuan said reviews had been conducted by his department to gauge the damage caused by the pandemic to the business sector and local tax offices have been instructed to submit reports on if and how the pandemic has affected businesses under their jurisdiction.

The department has also established online channels to answer tax-related questions, carried out administrative reforms and simplified the inspection process to support businesses./.

The plan has been submitted to the Ministries of Transport, Planning and Investment and the Commission for the Management of State Capital at Enterprises.

Dang Ngoc Hoa, Chairman of Vietnam Airlines Group said that, in the development strategy for 2021-30, the company and its member units give priority to allocating maximum resources to participate in the construction and operation of infrastructure at the Long Thanh Airport, providing synchronous services for its activities and other carriers.

The group and its subsidiaries, including Vietnam Airlines, Pacific Airlines, Vasco, expects to directly invest in infrastructure construction or establish a joint venture with the Airports Corporation of Vietnam (ACV) to implement such projects.

In the short term, the group has proposed to be immediately allotted a land location so as it could build aircraft construction, maintenance and repair facilities at the Long Thanh Airport.

Once the proposal is approved, Vietnam Airlines and its affiliates will prepare specific investment projects and submit them to competent authorities according to regulations.

As the aviation industry was among the hardest-hit sectors by the pandemic, the airline’s post-tax profit was VND11.1 trillion (US$482 million) in 2020. Last November, the National Assembly agreed to allow the State Bank of Vietnam to provide refinancing loans worth VND12 trillion (US$518.6 million) for Vietnam Airlines to maintain its operation.

Vietnam’s Prime Minister Nguyen Xuan Phuc has decided to increase spending on holding elections to the National Assembly and People’s Council at all levels for the 2021-26 term.

Under the decision dated February 24, the government would give an additional allocation of VND733 billion (US$US$32 million) to central agencies and localities for holding the universal suffrage.

This is the first additional spending, the government said in the document, giving no details of the total budget for the elections.

The national election is scheduled to take place on May 23, 2021.

Central bodies and ministries will receive VND17.5 billion while 63 cities and provinces will get the remaining amount of VND716 billion.

The National Assembly’s Office will be allotted the highest amount among central bodies and the Ministry of Home Affairs is the biggest recipient among ministries.

According to the Ministry of Finance, the spending will go to building and printing documents, reports, publications; running news portals of the National Election Council; purchasing equipment for the council’s office; security and dissemination of the elections; holding conferences ahead of the elections; and the organization and scrutiny of the voting.