Round the world flight ticket 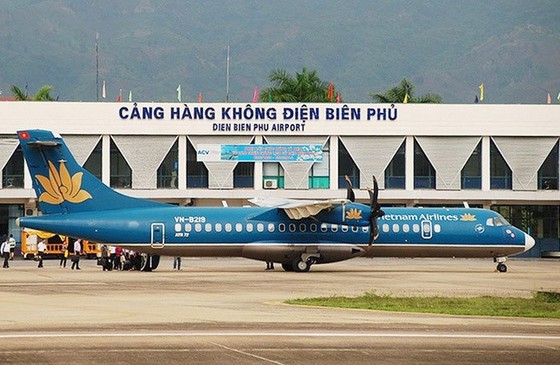 Passengers can book tickets for the flights to the Northwestern province to enjoy the exciting atmosphere of the week marking the 67th anniversary of Dien Bien Phu Victory (May 7, 1954 -2021).

The preferential program applies to all passengers traveling on the flights from May 3 to June 15.

Dien Bien Province is a famous destination with historical relics related to the Dien Bien Phu Victory such as A1 Hill, Headquarters of Dien Bien Phu Campaign, Do Cat Tunnel, etc.

Visitors can enjoy the beautiful landscape of the majestic mountains and forests in the Northwest province along with the unique cultural features of the ethnic minorities.

By Ha Anh-Translated by Huyen Huong

Promotional tickets are available on all Vietjet official sales channels during the promotion with the flight period until December 20, 2021 (excluding Tet and national holidays) on all Vietjet’s domestic routes to Hanoi, Ho Chi Minh, Hue, Phu Quoc, Nha Trang, Da Nang, Da Lat, Quy Nhon and Can Tho.

At the same time, passengers traveling with Vietjet will be entitled to an insurance benefit to support living expenses and loss of income due to mandatory quarantine by the pandemic with the rate of VND1 million per day of quarantine due to suspicion or having to treatment due to the pandemic because of the epidemiological itinerary traveling on Vietjet flights according to regulations of the authorities. 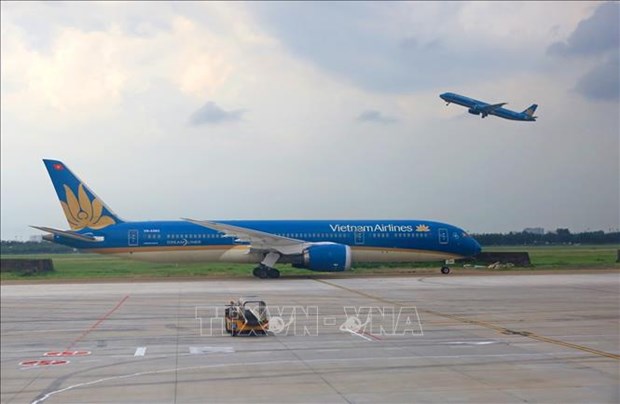 Hanoi (VNA) – National flag carrier Vietnam Airlines allows free-of-charge ticket change and refund for travellers with confirmed seats and departure date due to the complexity of the latest COVID-19 outbreak.

Passengers can receive a full refund or change their travel time in case of long flight delays, cancellation or early departure. It is also applicable for those requested to undergo quarantine or affected by lockdowns or travel restriction rules imposed by the government or other causes of force majeure, according to the airline.

For tickets issued in booking offices, travellers are advised to contact the office where their tickets are issued or as an alternative, they can fill in form for Refund, Rebook requests at https://www.vietnamairlines.com/vn/en/support/customer-care/email-us .

For tickets issued on Vietnam Airlines websites/app, travellers are advised to send requests to Vietnam Airlines customer service centre through [email protected] or fill in Refund, Rebook requests at https://www.vietnamairlines.com/vn/en/support/customer-care/change-refund .

The carrier is strictly enforcing preventive rules against the COVID-19 , including requiring flyers to fill out health declarations and undergo a temperature check prior to boarding and refusing to transport passengers with suspected symptoms./.

Eight officials from the central Vietnamese province of Quang Ngai had boarded the same flight as a COVID-19 patient before attending two meetings with dozens of other officials and reporters.

In an urgent announcement on Wednesday morning, the Quang Ngai People’s Committee required nearly 50 delegates, reporters, and staff who attended two meetings on Tuesday morning and afternoon to self-quarantine and monitor their health.

The request came after eight officials were confirmed to have boarded the same flight, QH-2166, from the Mekong Delta city of Can Tho to Da Nang as COVID-19 patient No. 2,989 on April 29 before taking part in the two events.

Patient No. 2,989 is a 25-year-old woman who works as a masseuse at Phu An Hotel in Hai Chau District, Da Nang City.

She tested positive for the novel coronavirus on Tuesday and was confirmed as a COVID-19 patient later the same day.

A 23-year-old man who sells spa tickets at Phu An Hotel was also confirmed as a COVID-19 patient on Tuesday morning.

All eight officials who had direct contact with patient No. 2,989 have been brought to quarantine facilities and had their samples collected for COVID-19 testing.

If all of their results come back negative, their direct contacts will no longer have to self-quarantine.

Vietnam has documented 2,996 COVID-19 cases as of Wednesday afternoon, with 2,560 recoveries and 35 deaths, according to the Ministry of Health.

Thirty-eight local infections have been recorded in the country since April 27.

The Asian Football Confederation (AFC) has announced that the final round of the 2022 AFC Women’s Asian Cup will take place in India from January 20 to February 6, 2022. It will serve as the final stage in Asian qualification for the 2023 FIFA World Cup which will be held in Australia and New Zealand, with both sides automatically qualifying as hosts.

Most notably, strong rivals in the form of the DPRK have been disqualified from the tournament after forfeiting qualifiers for the Tokyo Olympics without reason, thereby offering the Vietnamese women’s national team a greater chance of making it to the 2023 World Cup.

Three Asian football powerhouses, including Japan, the Republic of Korea, and China, will take the continent’s first three slots.

The two remaining places will be filled by either Vietnam, Thailand, Myanmar, Uzbekistan, the Philippines, or Jordan.

The target of the Vietnamese women’s football team led by head coach Mai Duc Chung is to defend their championship title at the ASEAN Football Federation (AFF) Cup, the Southeast Asian (SEA) Games, and win a ticket to compete in the FIFA World Cup.

Vietnam has brought down the pandemic situation under control in 15 cities and provinces where the virus has reappeared.

The request was made at a time when Vietnam is striving to pursue dual goals that are containing the novel coronarius and simultaneously developing the economy.

Vietnam has suspended international flights from March 25 in an effort to clamp down on SARS-CoV-2 after the virus spread dizzily worldwide.

Since then, only repatriation flights and those carrying foreign diplomats, experts, investors, and high-skilled workers are allowed to land in the country.

Vietnam has witnessed the return of local coronavirus transmission since the last week of July. So far, it has brought down the pandemic situation under control in 15 cities and provinces where the virus has reappeared.

Given the economic development mission, Vietnam has been taking different neasures to boost economic activities, including tourism.

The World Bank has advised Vietnam to relax international travel restrictions gradually and carefully to balance it with safety concerns as the country’s economy is heavily dependent on inbound tourism, and foreign investment and external trade.

This recommendation is among three complementary measures the World Bank suggested in the report titled “What will be the new normal for Vietnam? The economic impact of Covid-19”.

According to the World Bank, while Vietnam’s economy has been seriously impacted by Covid-19, it remains resilient and is poised to bounce back.

It said if the world situation gradually improves, economic activity should rebound in the second semester of 2020 so that the economy will grow at around 2.8% for the entire year, and by 6.8% in 2021 and 1.5% and 4.5%, respectively for less favorable external conditions.

Before the resurgence of the virus, the country had gone 99 days without locally-transmitted infections.

Vietnam has gained international praise for its early response and aggression against the pandemic and the more-than-three-month streak of non-local infections.

International visitors and net citizens have continuously listed Vietnam among safe travel destinations since the virus detected in the country late January 2020.