Statistics showed that some travel companies in the city suffered losses due to the pandemic.

Although tourism in the first month of 2020 experienced considerable fluctuation due to the impacts of harsh weather and coronavirus outbreak, total revenue from the sector in Hanoi still showed positive results.

Despite the sudden drop in the number of foreign tourists, revenue garnered from tourism in the city totaled nearly VND 8.7 trillion (US$373.4 million), up 7.2%, according to the Hanoi Department of Tourism.

During the first nine days of Lunar New Year from lunar December 29 to January 7, which fell on January 23-31 in Gregorian calendar, Hanoi welcomed 86,844 international arrivals, down 13% year-on-year with a 47% plummet in the number of Chinese arrivals, at 13,975.

Statistics also showed that some travel companies in the city suffered losses due to the epidemic. Besides, the hospitality business also struggled as the average occupancy rate of hotels was only 54.4%, down 15.5% percentage points year-on-year.

By now, several international tourists are still stuck in Vietnam because series of incoming and outgoing flights from and to China have been canceled at the request of the Civil Aviation Administration of Vietnam. The accommodation establishments are required to continue attending these tourists until the situation gets better.

According to the latest information from Worldometer, total coronavirus infection cases in the world were 24,551 cases by February 5 with the death toll reaching 492. Besides, there were 907 patients revived showing positive health signs.

According to the HCMC Customs Department, the number of enterprises carrying out import and export procedures for goods via this unit in the first months of this year increased significantly. Particularly, around 24,079 enterprises adopted import and export procedures, up 13.66 percent year-on-year. Of which, there were 18,797 importers, up 16.47 percent year-on-year. 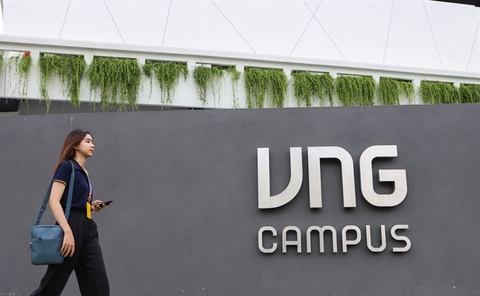 VNG campus in HCM City. The firm earns a revenue of VND6.024 trillion (US$261.9 million), an increase of 16.3 per cent from the previous year during the pandemic. — Photo courtesy of VNG

Last year, VNG’s profit before and after corporate income tax decreased by 40 per cent and 57 per cent at VND255 billion and VND261 billion respectively.

The firm said: “Compared with the planned after-tax profit approved by the General Meeting of Shareholders at the loss of VND246 billion, the profit increased sharply.”

“The results are a remarkable effort in the context that many of VNG’s core businesses are suffering from the long-term effects of the COVID-19 pandemic,” the firm added, noting that VNG was still heavily investing in new technologies such as ZaloPay and large-scale construction projects such as the VNG Data Center.

The firm said its key business segments continued to develop with the video game sector growing positively in foreign markets.

According to VNG, its social media app Zalo launched the Kiki virtual assistant, aiming to work with the world’s No 1 speaker company Harmon Kardon to produce an AI application and its e-wallet ZaloPay achieved strong growth in users.

The firm also said VNG Cloud was one of the four core cloud computing businesses for digital transformation in Viet Nam while the eKYC trueID application developed by VNG was being integrated by many large banks such as ACB and Ban Viet.

As Viet Nam’s first tech unicorn with an estimated value of about $2.2 billion with its core business of games, the firm also owns Zalo, news website Zing News and the financial service of ZaloPay as well as the cloud services of VNG Cloud.

The firm also owns a 22 per cent of stake in e-commerce platform Tiki, 20 per cent in logistics start-up Ecotruck and nearly 30 per cent in gifting platform Got It. — VNS 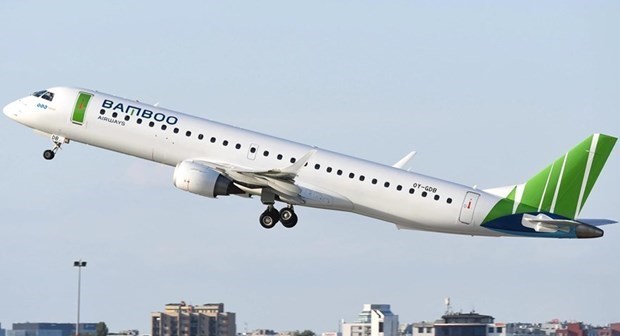 FLC Chairman Trinh Van Quyet said that bright spots in the macro-economy and the capacity to keep COVID-19 under control will create optimal conditions for FLC’s plans in its core sectors.

Quyet added that the service sector will be further promoted to facilitate tourism recovery. Of note, FLC targets increasing Bamboo Airways ’ fleet to at least 40 aircraft this year and expand its routes to 80, accounting for about 30 percent of the domestic aviation market share.

With nearly 5 trillion VND obtained from additional stocks, the firm is mulling investment in eight property projects and increasing its working capital.

Resumption of economic activities as a result of effective Covid-19 containment has created room for strong rise in trade activities, stated the customs authorities.

“Resumption of economic activities as a result of effective Covid-19 containment has created room for strong rise in trade activities,” it added.

According to the GDVC, crude oil prices rising to nearly US$60 per barrel, along with hikes in transportation costs and material prices also contributed to higher revenue from import-export activities.

The GDVC also pointed out drastic measures from the government in facilitating trade and enhancing state management efficiency in preventing losses from state budget collection resulted in the declension of tax arrears rate as of February 28 of 0.47% against late 2020.

For this year, the GDVC targets customs revenue of VND315 trillion (US$13.65 billion), in which value added tax makes up a lion’s share of VND230 trillion (US$10 billion).

Such estimate is based on the assumption of GDP growth at 6% and crude oil price of US$45 per barrel.