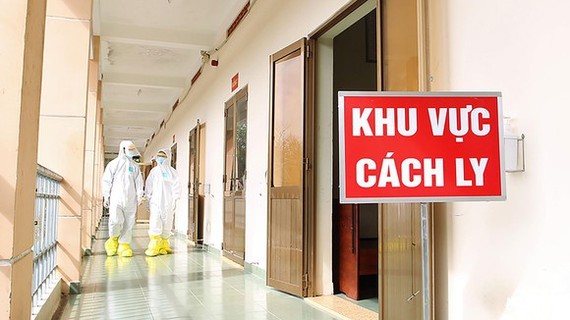 Hanoi will suspend festivals and pedestrian streets in the city, limiting unnecessary events and taking precautionary measures to prevent the Covid-19 outbreak.

Facing with the risk of another COVID-19 outbreak from the outside, Hanoi has decided to tighten its control over festivals and cultural activities that may draw large gatherings during the upcoming holiday of Reunification Day and May Day.

In an official message sent to municipal authorities and people on April 27, Hanoi Party Committee said the city will activate its entire anti-pandemic system, drastically inspect the implementation of Covid-19 pandemic prevention and control measures in localities.

The committee will also enhance inspection to find out returnees from pandemic affected areas, who are evading medical declaration and people violated the city’s regulations.

Besides, Hanoi will have to enforce disease prevention and control measures while fulfilling socio-economic development targets.

Wearing facemask in public places, at events, conferences and on public transportation is a must to everybody.

The Official Letter also requested Hanoi to called off festivals and cancel pedestrianizing streets on the weekends; suspend all activities with large gatherings. In case conferences or events must be held, there should be suitable scenarios and measures against Covid-19 pandemic.

If infected cases are found, the city must apply measures to trace, isolate and prevent the pandemic from spreading on a large scale.

Hanoi has not reported any cases of Covid-19 infection in the community in the last 70 days. An influx of visitors to Hanoi is forecast for the next holiday, so the pandemic preventing the measures must be more strictly enforced.

Before that, in the meeting organized by Steering Committee on pandemic control and prevention on April 26, Vice Chairman of the City People’s Committee Ngo Van Quy asked relevant units and departments to keep seriously enforcing anti-pandemic measures and be prepared for the possible spread of the Covid-19 pandemic.

HCMC – The Ba Ria-Vung Tau government on April 28 asked the provincial Department of Health to coordinate with the relevant agencies to receive, quarantine and treat 12 sailors of the Dai Duong Sea ship who are infected with Covid-19.

They have been sent to the medical center of Long Dien District, the local media reported.

The remaining six sailors of the ship were sent to a quarantine center of the board for health protection and care of provincial officials.

The decision was made as the situation is urgent and might affect the lives of the sailors and pose a high risk of pandemic transmission.

The Dai Duong Sea ship with 18 sailors on board left Sampit Port in Indonesia for Bourbon Port in Long An.

According to the Long An government, the provincial Center for Disease Control received 18 sailors’ health declarations and 12 of them reported symptoms of fever, cough and a sore throat.

The Long An government proposed the Ba Ria-Vung Tau government accept and treat the sailors as the distance from the location where the ship was docked to Long An was farther. In addition, Long An is focusing on quarantining returnees and controlling immigration at the border areas.

The Long An government also apologized to the Ba Ria-Vung Tau government and the sailors of Dai Duong Sea ship for its confusion while dealing with the case.