Two months ago, Digiworld’s executive told securities firms that a partner producing and assembling Xiaomi tech products is opening a plant in Vietnam’s northern port city Haiphong, and that the plant would commence operation in the second half of this year.

Albeit the information was not yet confirmed by Digiworld’s leadership at the company’s recent annual general shareholders’ meeting on April 4, the company’s CEO Doan Hong Viet was quoted as saying, “This is informal information; Xiaomi and Digiworld will be making an official announcement on a suitable timing in the future.”

In fact, Digiworld is the exclusive distributor of all Xiaomi products in the Vietnamese market. According to Viet, home appliances would be one of hte key segments of Digiworld by 2024 with the target of holding a “remarkable market share”, in which TV sets would secure the largest share in value.

The home appliances market, with teh main items being TV sets, refrigerators, washing machines, ovens, and the like, has been totally untouched by Digiworld until the present. Viet explained that the overly high import duty of about 15 per cent was the reason why Digiworld had yet to engage in importing products for distribution and wholesale in the Vietnamese market.

“If there was a plant assembling Xiaomi products in Vietnam, the tariff barrier would disappear, providing the bedrock for us to break into this up-and-coming segment. This will be the answer for the question how Digiworld would attain an annual growth pace averaging 25 per cent in the upcoming decade,” said Viet.

On the sidelines of Digiworld’s annual general meeting (AGM), Viet said that the company will be making an official foray into the home appliance wholesale market late this year or early next year. Hence, this new segment will make no contributions to the company’s revenue and post-tax profit targets which have been set at VND15.2 trillion ($660.87 million) and VND300 billion ($13 million) for 2021.

“Digiworld is the exclusive distributor of Xiaomi and Huawei products in Vietnam. If we succeed in grabbing about 5-10 per cent market share of the TV market, which is now valued at about VND40 trillion ($1.74 billion), that would be remarkable. For the time being, we are distributing Xiaomi items in this segment,” said Viet.

The Chinese TV market is dominated by Xiaomi. In Vietnam, the TV market belongs to three top players – Samsung, Sony, and LG.

According to figures by the Ministry of Industry and Trade’s Domestic Market Department, the domestic home appliances market is valued at about $12.5-13 billion and the purchasing demand for household electronic items and kitchen devices will remain high at least to 2025.

At the recent AGM, CEO Viet also lifted the curtain on Digiworld’s intention to venture into other product segments to realise the target of reaching a market cap in the billion-dollar range.

Accordingly, mergers and acquisitions (M&A) deals through acquiring firms possessing distribution channels which Digiworld doesn’t have is the tactic helping the company to realise its 25 per cent annual growth target.

Digiworld was also reported to have been working with several consultancy firms and “targeting” several firms for M&A but has yet to reach the stage of “making an announcement”.

Last year, consumer goods fetched Digiworld VND265 billion ($11.5 million), only 2 per cent of the company’s total revenue, fulfilling only 53 per cent of the projection.

The solution for this disappointing performance is “giving priority to finding new products as well as engaging in M&A”.

Digiworld’s putting investment into pawnshop chain Vietmoney is an example. The company has been using Vietmoney’s outlets as a lever to stimulate business activities.

Accordingly, in September 2020, Vietmoney announced wrapping up its Series A funding round from Digiworld Venture and Finnish equity fund Probus Opportunities.

These two partners were reported to co-manage a 30 per cent stake in Vietmoney and have seats at Vietmoney’s Board of Management.

According to Digiworld’s report, the partners have put VND50.5 billion ($2.2 million) to possess a 21.86 per cent stake in Vietmoney.

“To grow into a billion-dollar company, we are seeking growth across the board, from consumer goods to supplementing new brands, customers, and sales channels. We are also constantly searching for new models towards realising the target of shaping a complete consumer ecosystem,” said Nguyen Hai Khoi, Digiworld’s investment director.

Statistics by fintech firm FiinGroup show that around 48 per cent of the Vietnamese population have low income of below $300 per month, a potential segment for consumer lending firms.

Bloomberg has cited a source as saying that Vingroup Group (VIC) of billionaire Pham Nhat Vuong is considering an initial public offering (IPO) in the US for its VinFast auto company, which is expected to mobilize about $2-3 billion.

VinFast expects a valuation of at least $50 billion or even up to $70-75 billion. With this valuation, the capitalization of VinFast will surpass the famous car maker Ferrari (capitalization at $52 billion), Honda ($51 billion), Ford ($49 billion), Kia ($30 billion) … and only behind some famous brands such as Tesla, Toyota, Volkswagen, Mercedes Benz, GM, BMW and others.

This is an unexpected move, but it is in line with his aim of conquering the top market in the world.

The information was released when Vuong’s VinFast company began receiving the first orders for electric cars in Vietnam last month and had models shown on CNN, paving its way into the US market.

VinFast has also registered two electric car models in the US and will sell a number of models in Vietnam, the US, Canada and Europe from late 2021.

In the trading session on April 12, Vingroup shares (VIC) – VinFast’s parent company – increased by 5.7% to VND132,000/share, helping the group’s capitalization reach more than $19 billion to be the largest capitalized enterprise in Vietnam’s stock market.

During the morning session of April 13, Vingroup shares continued to rise by more than 4 percent, to nearly VND138,000 per share.

As the price for VIC shares soared, Vuong’s assets rose to over $9 billion and he became the 262nd richest person in the world.

If the IPO is successful, VinFast will set a new record, surpassing the record of $1.4 billion in capital mobilization in 2018 of Vinhomes (Vingroup’s real estate management company).

At that time, VinFast was also the first Vietnamese company listed in the US.

VinFast is Vingroup’s company that manufactures motorbikes, and gasoline- and electric-powered cars. The business, only a few years old, began delivering gasoline fueled cars (using engines licensed by BMW) in 2019.

In the mobile phone segment, Vingroup has achieved many positive results, with the sale of Vsmart phones in the country increasing over the past year, even though the No. 1 private corporation in Vietnam just entered the smartphone market in 2018. Vingroup has become the 3rd largest smartphone manufacturer in Vietnam, behind only Samsung Electronics and Oppo.

On the website of the leading US carrier – AT&T – an image of the first Vingroup smartphones has appeared, a testament to the group’s plan to enter the American smartphone market.

Pham Nhat Vuong has great ambition in the field of technology and industry, with Vsmart phones, Vinfast cars and electric cars.

In recent years, Vuong’s Vingroup had to withdraw from many fields, selling the retail segment to billionaire Nguyen Dang Quang and recently presenting the Youth Football Training Center to Van Lang Education Group, even though it had many achievements in these fields. 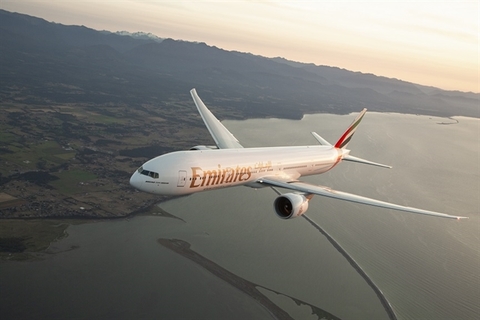 In Viet Nam, Emirates currently operates three flights from Ha Noi and four flights from HCM City to Dubai and onward to over 95 destinations around the globe. — Photo Emirates

Emirates has announced the latest updates to its booking policies, offering customers even more confidence and flexibility to make their travel plans.

Customers holding tickets issued before September 30, 2020 for travel before December 31, 2021, can now rebook to travel anytime within 36 months, an extension of 12 months from the previous policy.

Those holding tickets issued after October 1, 2020 for travel before December 31, 2021, can utilise their tickets anytime within 36 months from the date of their original booking.

Fees for reissuing any ticket will be waived, and vouchers or unused portions of Emirates tickets may be refunded without penalty.

Customers who hold tickets issued directly by Emirates, whether via emirates.com or the airline’s retail and contact centres, do not have to contact Emirates as the tickets are automatically extended. Customers who purchased their tickets via a travel agent will need to contact their agent before the expiry date to reissue their tickets.

Emirates was the first airline to provide global multi-risk travel insurance cover for all passengers, and the airline is now extending this facility beyond March 31, 2021 until further notice, offering added value and peace of mind for its customers.

For its loyal frequent flyers, Emirates Skywards is extending the Tier Status of its Silver, Gold and Platinum members until 2022. The validity of any Skywards Miles due to expire since April 2020 has been further extended until August 31, 2021, providing Skywards members with more opportunities to utilise them for an extensive range of flight and partner rewards as well as other privileges.

In addition, Emirates Skywards is offering members a chance to earn double Tier Miles on all Emirates and flydubai flights booked from April 1 until June 30, for travel until December 30, 2021. — VNS