The Vietnamese delegation said amidst the COVID-19 pandemic, ASEAN should pay more attention to restoring supply chains and promoting trade connectivity in parallel with enhancing close cooperation to prevent the spread of the disease, especially cross-border transmission, accelerating COVID-19 vaccine purchase and vaccination, as well as cooperation in vaccine research and development.

The delegation proposed six specific recommendations to AIPA member parliaments, related to many crucial issues such as completing legal framework to facilitate trade and investment activities, ensuring uninterrupted circulation of goods and supply chains in the region.

Vietnamese participants also underlined the need to strengthen parliamentary supervision over the implementation of commitments on investment and trade within regional and international frameworks, establish new methods in promoting bilateral trade ties, maintain commitments to opening market in order to enhance the resilience and sustainability of regional supply chains, speed up the application of digital technology in production and business activities and goods consumption through e-commerce platforms.

Representatives from AIPA member countries shared experience in controlling the pandemic and promoting economic recovery amidst the health crisis.

They demonstrated willingness to cooperate for economic growth recovery and green economic development, and realise sustainable development goals after the pandemic, for stability and prosperity of the ASEAN Community, and for the sake of regional people.

The AIPA Caucus was officially established at the 28th AIPA General Assembly in 2007 in Malaysia.

Since the first AIPA Caucus in Malaysia in April, 2009, the meeting has been held annually in ASEAN countries (except 2018). The National Assembly of Vietnam has been an active member of AIPA Caucus. The country successfully organized the fifth AIPA Caucus in 2013, which focused on green growth and poverty reduction for sustainable development in ASEAN.

Previously, the municipal Department of Health converted the function of Ho Chi Minh City Hospital for Tropical Diseases and Cu Chi District Hospital into hospitals specialising in treating COVID-19 patients. The HCM City Hospital for Tropical Diseases is providing treatment for 126 patients, while Cu Chi COVID-19 Treatment Hospital has received 192 others after only four days of operation.

On June 13, Pham Ngoc Thach Hospital was officially divided into two separate zones, with one treating patients with tuberculosis and the other treating non-tuberculosis lung diseases and receiving COVID-19 patients with severe clinical conditions.

Since then, the hospital has received 10 cases of COVID-19 with respiratory failures, transferred from Can Gio COVID-19 Treatment Hospital, thus helping reduce overloading for the HCM City Hospital for Tropical Diseases in the context that this hospital is temporarily locked-down as many of its medical staffs tested positive for SARS-CoV-2. 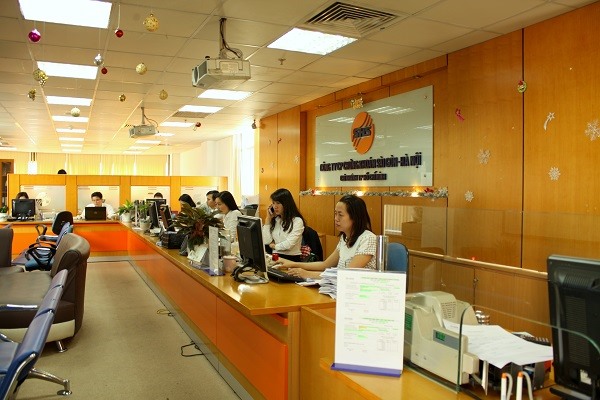 Accordingly, the securities firms plans to issue 103.6 million shares for existing shareholders with a rate of 10 per cent, meaning a shareholder who owns two shares can buy one more. With the selling price expecting at VNĐ13,500 per share, the company can earn nearly VNĐ1.4 trillion (US$61 million).

SHS Securities will spend 40 per cent of the amount for margin loans, 40 per cent for bonds, valuable papers investments, and the rest for investment.

The company also plans to issue 10.36 million common stocks from the owner’s equity with a rate of 5 per cent, meaning a shareholder with 100 shares will receive five new ones.

At the par value, SHS is expected to earn VNĐ104 billion ($4.5 million) after issuing new stocks. This amount will be spent for business activities.

Regarding issuing the employee stock ownership plan (ESOP), SHS Securities will issue 4 million units, or 1.93 per cent of the company’s outstanding shares.

Issuing price is estimated at VNĐ12,000 per share. These ESOP shares are restricted from being transferred for one year.

On the stock market, SHS shares ended Wednesday at VNĐ41,500 per share, down 3.94 per cent. The company shares jumped 62.2 per cent since the beginning of the year. VNS