Patient health record will be shared among medical examination and treatment facilities at all levels, thus helping patients to continue their treatment at different health centers.

Vietnam plans to activate a nationwide system for booking online medical examination and treatment from July 1, according to Minister of Health Nguyen Thanh Long.

Long stressed that hospitals across the country need to integrate into this system as soon as possible.

Some healthcare centers in Vietnam have applied the solution for a few years, but only as an individual effort, Long noted, adding that patients still have to queue at hospitals from 4:00 to 5:00 am for a medical check-up at hospitals.

Over the past time, the Ministry of Health has worked with software businesses to come up with a system for medical examination and treatment scheduling.

Accordingly, patient health record will be shared among medical examination and treatment facilities at all levels, thus helping patients to continue their treatment at different health centers.

All the data will be managed by the ministry, Long said, adding that the system needs to integrate the function of online Covid-19 medical declaration for people who have been to the medical facilities to save time and avoid stasis at health centers.

“We will select a number of localities and health centers to pilot this system, then make a specific assessment before replicating the solution nationwide,” said Long.

As people in rural and suburban areas account for 63% of the population, and 60% of the country’s GDP, they have the potential to drive business growth.

Nearly half of internet users in rural areas have got online shopping activities, especially they dig in information about products through chatting with the store, watching live shopping or reading reviews before deciding to buy them.

The latest report conducted by Facebook and GroupM Vietnam revealed that the habits and behavior of online consumers in rural areas have changed drastically.

The surveyed people said that Facebook is the most chosen online shopping channel, followed by popular e-commerce platforms like Shopee, Tiki, Sendo.

With 91% of people, Vietnamese consumers in rural areas are relying on the internet for shopping rather than traditional channels. The number of internet users is higher than television (TV) audience (86%).

Using social media is the most popular internet activity with 92% of the people. Facebook is the most widely used social network with 97%.

It is estimated that from 2020-2025, the monthly spending of fast-moving consumer goods (FMCG) in rural areas will increase by 7% on average annually, faster than that in grade-one urban areas (4%). Over 70% of FMCG categories haven’t been chosen by a number of rural consumers, representing an opportunity to increase the number of consumers, according to the report.

To catch up with the trend, the report recommended that advertisers should combine between online and traditional communication channels to ensure maximum reach to potential consumers and achieve cost effectiveness.

In order to connect with consumers more deeply, brands can roll out a variety of activities on their online media channels from social media, including online videos and promotional content with the participation of celebrities and gaming.

According to local experts, the online sales channel will be an opportunity to increase product penetration in rural areas, especially when the traditional channel has not been able to compete in convenience for busy consumers.

Khoi Le, Facebook’s Business Director in Vietnam, emphasized that how to attract more new consumers is always an issue that business managers are looking for solutions.

“As the number of new users in big cities is running out and the competition among brands is becoming saturated, the attraction of users in the second and third tier satellite cities, and rural areas becomes increasingly important,” he said. 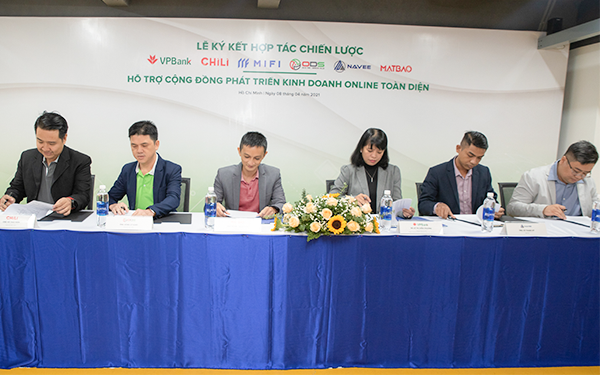 VPBank and AXYS Group sign cooperation agreement to launch a programme that help Vietnamese firms develop their online business in a sustainable manner in HCM City on April 8. — Photo courtesy of AXYS

The lender and AXYS’s member companies like Mắt Bão, CHILI, MIFI, ODS, and Navee will help them build a comprehensive online business platform.

Participating businesses can choose from between VPBank’s basic support packages on its Simplify portal or the advanced package from the CHILI professional e-commerce website that is integrated with the EcomPay payment gateway.

They will get preferential treatment in domain name registration from Mắt Bão.

They can also improve their sales and customer care systems through the use of ODS’s CloudFone switchboard, MIFI’s e-invoice solution and NAVEE’s advisory on online marketing solutions.

They will get priority access to credit from VPBank for future expansion.

The programme is expected to enable firms to save up to 70 per cent in costs for going online and on human resources, according to AXYS.

Lê Thị Diễm Phương, head of card and payment solution – SME division at VPBank, said “We realised that AXYS Group has a sustainable online business eco-system, and decided to … develop this project together.”

Most Venerable Tang No, permanent vice president of the association, said it has so far encouraged Khmer Buddhist monks and followers to engage in social activities, and popularised the Party’s policies and guidelines, the State’s laws, and campaigns and movements launched by the Vietnam Fatherland Front.

Amid the complicated developments of COVID-19, the association has postponed the traditional New Year’s rituals and informed the Khmer community on pandemic prevention measures, he added

Speaking at the visit, Man highlighted Vietnam’s initial success in the fight against COVID-19, saying that the achievement is partly contributed by Khmer people nationwide, including those in Soc Trang.

He wished the association and Khmer people continue working together to overcome difficulties and implement the nation’s dual goals of pandemic prevention and economic development.

He asked them to further participate in the local prevention of natural disasters, drought, and saline intrusion as well as in upcoming National Assembly and People’s Council elections.

On the occasion, the official presented 25 gifts worth 130 million VND (5,645 USD) to local Khmer Buddhist monks and to the association.

According to Most Venerable Tang No, Khmer people accounts for over 30.18 percent of Soc Trang’s population and run 130 worshipping establishments.

The Ministry of Industry and Trade’s sub-divisions in coordination with authority in Son La Province yesterday organized the event “Day of Son La specialties” to advertise special fruits and agricultural products of the province and boost fruit and vegetable sales to meet the demand of year-round availability of freshly produced fruits. 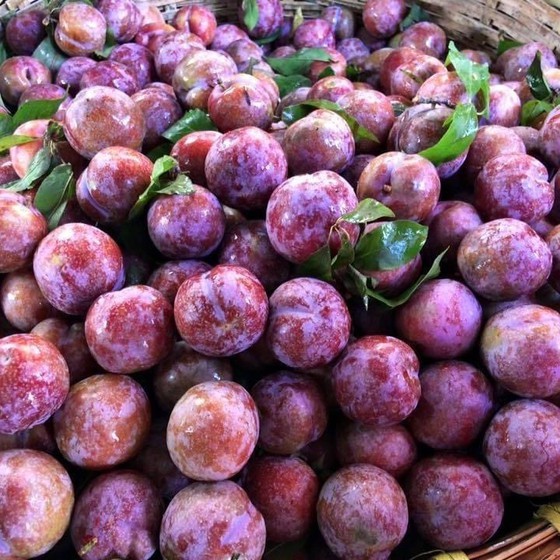 A special fruit of Son La

Moreover, the competent agency will focus on boosting the consumption of Son La’s produces in the country on e-commerce platform “Online Vietnamese booths” in cooperation with Vietnam’s large e-commerce platforms such as Sendo, Voso (Viettel Post), and Tiki to ship fruits to consumers as online purchases increase amid Covid-19.