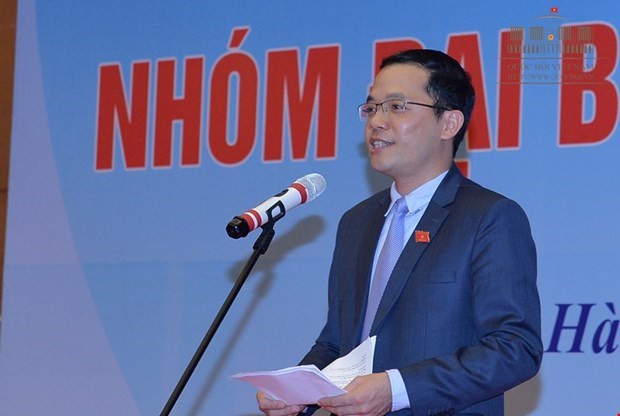 He cited the fact that Vietnam’s NA adopted the Youth Law last year, and in 2011, established the Young Parliamentarians Group which now consists of 131 members under 45, accounting for 26 percent of total legislators to the 14th NA. The group aims at strengthening connectivity among young legislators and enhancing their engagement and contribution to the NA’s agenda, he said.

He noted that the NA young deputies have been very proactive in law-making, supreme supervision and decision-making, particularly major national affairs while listening to the youth’s opinions and wishes and conveying their expectations to the NA.

They have been also working to assess the impacts of laws and policies on the youth, he said, adding that many opinions and recommendations of young NA members have been taken into account in policy and law making.

Sy held that it is very important to promote youth empowerment and participation in policy and law making and to bolster capacity building to sharpen their leadership skills.

Addressing the launch of the event, IPU Secretary General Martin Chungong said the health and socio-economic shocks brought about by the COVID-19 pandemic have impacted significantly young men and women all around the world. A new chapter for youth empowerment is needed and this new chapter must be at the heart of post-pandemic recovery efforts, he said.

It features four debate sessions, namely “Youth participation: A sine qua non for youth-responsive recovery from the COVID-19 pandemic,” “Supporting higher and university education: A priority of the recovery agenda,” “Healthy youth beyond the pandemic” and “Economic empowerment: Transforming the challenge into an opportunity.”/.

Once considered a practice closely related to religion and suitable only for the old, meditation is being taken up by more and more young Vietnamese as a means of stress relief and a gateway to a more positive outlook on life.

‘Meditation’ is derived from a Latin word meaning “to think, contemplate, devise, ponder,” the practice of which involves training the mind to be conscious of its own content and of the surrounding environment.

According to the director of one meditation training center in Ho Chi Minh City, it is also the art of living proactively and healthily.

Thuy Hoa, a 25-year-old office worker in Ho Chi Minh City, said she and her co-workers had adopted the habit of practicing meditation after work as a stress relief.

“We stay at the company at the end of each day to do breathing exercises together to rid ourselves of work-related stress before heading home,” Hoa said.

Initially small, her group of meditating peers has since expanded to include other co-workers in the company, most of whom are youths also interested in the art of mindfulness, she said.

A recent workshop on ‘Meditation for Undergraduates’ held at the University of Social Sciences and Humanities (USSH) in Ho Chi Minh City attracted hundreds of sign-ups shortly after it opened for registration.

The trend reflects the growing awareness of young Vietnamese of the importance of taking care of their mental health.

“When it comes to yoga or meditation, it’s not about becoming a professional,” said Nguyen Thi Xuan Thao, a USSH undergraduate. “Many who practice only seek spiritual relaxation, and can perform very basic moves.”

“Contrary to the formerly popular belief that meditation is for the old, more and more young people are now beginning to understand that meditation is based on scientific evidence, the benefits of which are widely accepted around the world,” said psychologist Vo Thi Minh Hue.

As life becomes more stressful, Hue explained, both the old and the young are vulnerable to the harmful effects of stress and are now actively seeking a kind of therapy to regain emotional and spiritual balance.

Meditation requires little if not no money to practice, and can be taken up by everyone regardless of age or physical fitness, making it accessible to a large portion of the population, she added.

Practitioners do not necessarily have to sit in one place for hours to yield results, as they can train to be mindful while doing everyday work, at home or in the office, the director added. 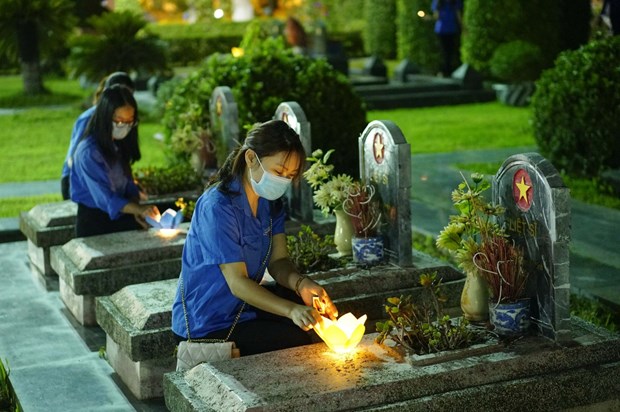 Young people of Dien Bien province light candles at martyrs’ graves at the ceremony on May 6 (Photo: VNA)

Dien Bien (VNA) – The Ho Chi Minh Communist Youth Union Committee of the northwestern province of Dien Bien held a ceremony on May 6 to commemorate heroes and martyrs in celebration of the 67th anniversary of the victory of the Dien Bien Phu Campaign.

The victory on May 7, 1954 made the decisive contribution to the end of the nine-year resistance war against French colonialists in Vietnam, as well as of France’s colonial rule in Indochina. It was one of the brilliant milestones in the history of Vietnam.

At the ceremony held at Martyrs’ Cemetery A1 in Dien Bien Phu city, more than 100 representatives of over 160,000 young people across Dien Bien, along with provincial officials, laid wreaths at the monument, lit candles, and offered incense to the martyrs. 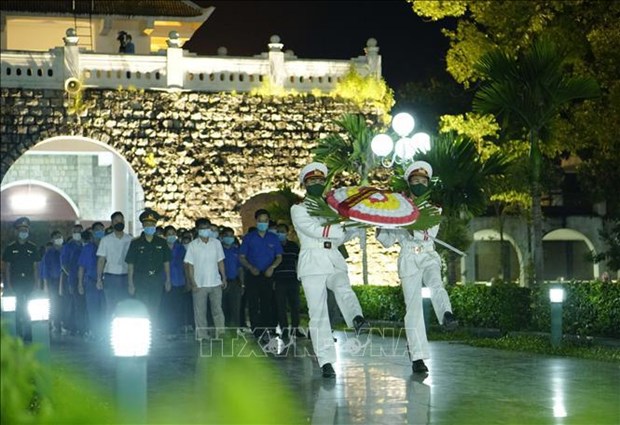 Officials and young people of Dien Bien lay a wreath at the cemetery (Photo: VNA)

The activity reflected the country’s tradition of expressing gratitude to the heroes, martyrs, and those who devoted their lives for the sake of national independence and freedom.

Martyrs’ Cemetery A1, built in 1958, accommodates 645 graves of martyrs, but most of them remain unidentified./.

ĐIỆN BIÊN – The Hồ Chí Minh Communist Youth Union Committee of the northwestern province of Điện Biên held a ceremony on May 6 to commemorate heroes and martyrs in celebration of the 67th anniversary of the victory of the Điện Biên Phủ Campaign.

The victory on May 7, 1954 was the decisive event ending the nine-year resistance war against French colonialists in Việt Nam, as well as France’s colonial rule in Indochina. It was one of the brilliant milestones in the history of Việt Nam.

At the ceremony held at Martyrs’ Cemetery A1 in Điện Biên Phủ City, more than 100 members representing over 160,000 young people in the province, along with provincial officials, laid wreaths at the monument, lit candles, and offered incense to the martyrs.

The activity was one among many held on the occasion expressing gratitude to the heroes, martyrs, and those who devoted their lives for the sake of national independence and freedom.

Martyrs’ Cemetery A1, built in 1958, accommodates 645 graves of martyrs, but most of them remain unidentified.VNA/VNS 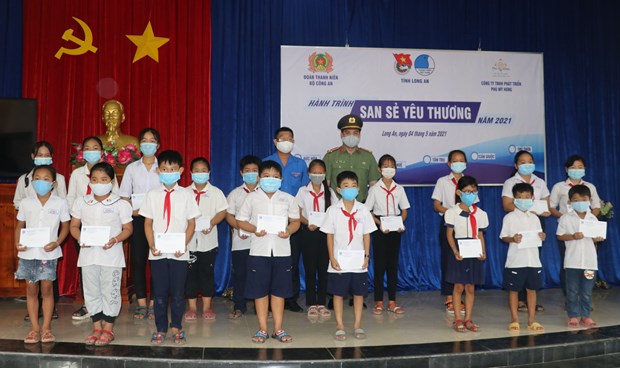 Long An (VNA) – A programme entitled “A Journey to Share the Love ” was launched in the Mekong Delta province of Long An on May 4.

Twenty-five houses worth 70 million VND each will be built and handed over to families living in extremely difficult circumstances, while daily necessities, solar lighting, and cash totalling 35 million VND will be presented to two border stations in Duc Hue district./.