The educational authorities of Da Nang City have decided to close all schools from preschools to universities from Tuesday until further notice after the city’s latest COVID-19 patient was confirmed.

The municipal Department of Education and Training on Monday evening issued a decision to close all educational entities in the city for the sake of COVID-19 prevention and control.

This decision was made after the latest COVID-19 positive case was reported in the city earlier on the same day.

The patient is Ng. T. Ng. (male, 23 years old, from Hoi An City of the central province of Quang Nam), who is a ticketing staff at the spa of the P.A. Hotel, located on 2-9 Street in Da Nang’s Hai Chau District.

At the same time with the department’s decision, the Ministry of Health urgently requests all people having visited four places in Da Nang, including a bar, a karaoke parlor, a hotel and a hospital, to contact health facilities as soon as possible for medical declaration and instructions.

Under its decision, the department requires heads of all schools to provide all preschoolers’ parents and students of all levels, along with course trainees, with a notice of school closures from Tuesday.

The educational authorities requested local educational institutions to set up and conduct online teaching and learning plans, ensure their curriculums, and to guide their students to prepare for second-semester exams as well as other examinations.

The department said it will provide all schools with professional guidance on these tasks.

Any problems arising during the implementation of this decision must be reported immediately to the department for direction and resolution, the department required.

Reportedly, all the Da Nang University’s school members, the Dong A University and many other universities located in the city have also notified their students of their online teaching and learning plans. 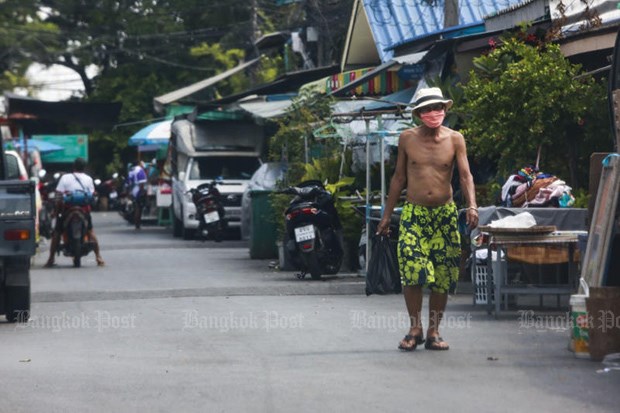 A man walks in Klong Toey district of Bangkok on May 2 (Photo:https://www.bangkokpost.com/)

Hanoi (VNA) – The Philippines, Malaysia and Thailand on May 3 reported thousands of new COVID-19 cases , while Indonesia announced that it detected several new infections of a new SARS-CoV-2 variant in Jakarta.

The Southeast Asian country started its COVID-19 vaccination programme from March, giving over 1.9 million doses of vaccine to its people. The Philippine government planned to vaccinate 70 million people this year to achieve the community immunity.

Meanwhile, the Malaysian Ministry of Health reported 2,500 new cases, including 2,496 domestic infections, bringing its national count to 417,512. As many as 1,551 deaths related to COVID-19 were confirmed in the country.

The Public Health Ministry of Thailand on the same day reported a new daily high of 31 deaths and 2,041 new infections. This took the total number of cases in the country to 71,025 since the pandemic began last year. The death toll stands at 276.

Prasit Watanapa, a professor of medicine, warned that the country faces a crisis if the number of deaths continues to rise. He urged people to be strict about wearing face masks, to follow all measures advocated to curb the latest outbreak and to accept vaccination.

Indonesian Minister of Health Budi Gunadi announced that his country recorded two cases in Jakarta infected the B.1.617 variant, which was firstly detected in India.

An infection of the SARS-CoV-2 variant found in South Africa was reported in Bali, he added.

The Cambodian government has announced its decision to lift the lockdown in Phnom Penh and the city adjacent to the capital – Ta Khmao in Kandal province from May 6./. 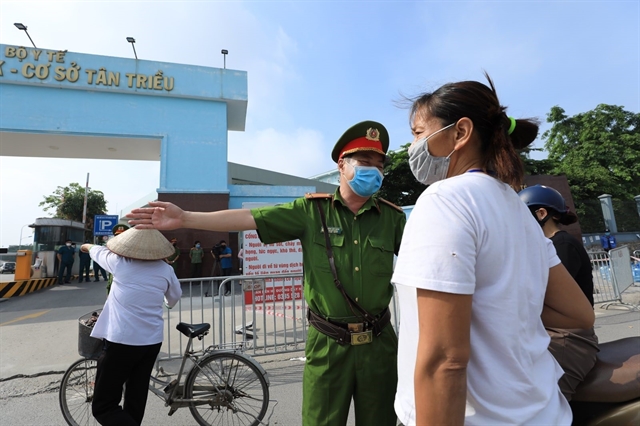 HÀ NỘI — Another hospital in Hà Nội has been hit by an outbreak of COVID-19.

The National Cancer Hospital, commonly known as K Hospital, reported ten positive cases on Friday, all patients and their relatives.

Hà Nội authorities and officials from the Health Ministry visited the hospital in Thanh Trì District early Friday morning without entering the campus.

All medical workers, patients and their relatives must remain inside the buildings until further notice.

This is the second hospital site to detect a cluster of COVID-19 cases. Earlier this week, a number of staff, patients and their relatives at the National Hospital for Tropical Diseases tested positive.

Hà Nội Chairman Chu Ngọc Anh said they are not considering locking down the entire capital city at this time.

“Authorities are working to trace all suspected cases,” he said.

Secretariat of the city Party’s Committee Đinh Tiến Dũng called on people to stay at home unless absolutely necessary.

“People must ensure disease prevention and control measures as well as co-operate with authorities to detect and trace suspected cases, which is very important for the city to fight against COVID-19,” he said.

One is a 25-year-old woman who was taking care of her husband at the National Hospital for Tropical Diseases, another is a 41-year-old man from Thường Tín District who stayed at the Mường Thanh Hotel in Đà Nẵng. His wife’s brother has also tested positive.

The Ministry of Health has asked medical workers, and anyone working at healthcare centres and hospitals to avoid visiting places deemed at risk like parties, parks, cinemas, bars and karaoke venues.

People are required to stay at home and only go out in urgent situations. Non-essential businesses and services are closed and people must keep a distance of at least two metres and no gatherings of more than two people at public places are permitted.

The national count remained at 2,942, with 1,587 domestically-infected cases.

A total of 40,563 people who had close contact with COVID-19 patients or arrived from pandemic-hit areas are being quarantined nationwide.

Meanwhile, 2,549 patients have been given the all-clear, and the death toll remains at 35.

Among the patients under treatment, 19 have tested negative for the coronavirus once, 19 twice and 30 thrice.

An additional 1,580 people received shots of COVID-19 vaccine on May 1.

After locally-infected cases were detected in late April, localities around the country are tightening epidemic prevention measures.

Nine of the new cases were imported ones. The domestic cases were eight in Vinh Phuc and two in Ha Nam.

The new cases brought the national count to 2,981.

Also on May 3, 11 patients were given the all-clear, raising the total recoveries to 2,560 patients. The death toll remains at 35.

Among the patients under treatment, 24 have tested negative for the coronavirus once, 12 twice and 38 thrice.

A total of 39,870 people who had close contact with COVID-19 patients or arrived from pandemic-hit areas are being quarantined nationwide.

After locally-infected cases were detected in late April, localities around the country are tightening epidemic prevention measures.

Students in Hanoi from kindergarten to senior high school are asked to stay home from May 4 until further notice, according to the Hanoi Department of Education and Training’s document issued on May 3.

Online learning and teaching are applied during the school closure.

The national count remained at 2,928, with 1,584 domestically-infected cases.

A total 37,249 people who had close contact with COVID-19 patients or arrived from pandemic-hit areas are being quarantined nationwide.

Meanwhile, 2,516 patients have been given the all-clear, and the death toll remains at 35.

Among patients under treatment, 13 have tested negative for the coronavirus once, 15 twice and 20 thrice.