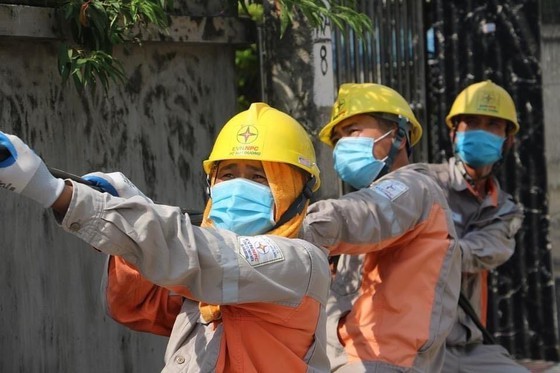 For this reason, it is recommended to proactively save electricity to prevent the risk of explosion, fire and electrical short circuits due to power system unsafety following weather forecasts from the National Center for Hydrology Meteorology Forecasting as a severe heatwave comes back on June 15.

From tomorrow, the over 39-degree Celsius heatwave is expected to spread to the whole Northern and Central regions.

Vietnam Electricity (EVN) warned that electricity consumption shall surge sharply as its customers mostly use the air conditioner during the hot days. 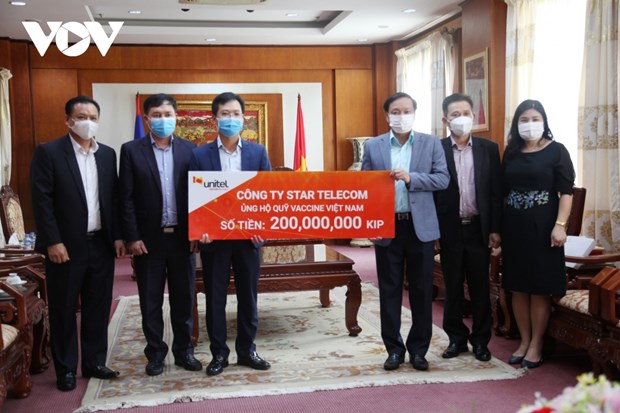 Speaking at the handover ceremony held at the Vietnamese Embassy in Laos, Star Telecom General Director Luu Manh Ha said that the funding is the heart of all Lao and Vietnamese officials and employees of the company with a hope to join hands with the Vietnamese Government and people in the fight against the COVID-19 pandemic.

He revealed that in recent days, organisations, enterprises and individuals have donated nearly 600,000 USD in cash to Vietnam’s COVID-19 fight./.

Among 150 works selected from 1,823 entries, the judging panel chose 112 outstanding works which will be honored at the awarding ceremony.

Specifically, there will be a special prize, nine A prizes, 25 B prizes, 45 C prizes, and 32 consolation prizes.

The 150 submissions reported on multiple issues in politics, socio-economic development, and security and national defence, especially Party congresses at all levels leading up to the 13th National Party Congress, as well as the fight against COVID-19, natural disasters in the central region, and drought in the south, among others.

Addressing the press conference in Hanoi, permanent Deputy Chairman of the Vietnam Journalists Association (VJA) Ho Quang Loi said this is a big event drawing special attention from the press nationwide, and is the highest award for outstanding journalistic works every year.

Due to the complicated developments of COVID-19, the ceremony of the 15th National Press Awards will be organised during the upcoming 11th Congress of the Vietnam Journalists Association, instead of the Vietnam Revolutionary Press Day (June 21) as usual, Loi said. 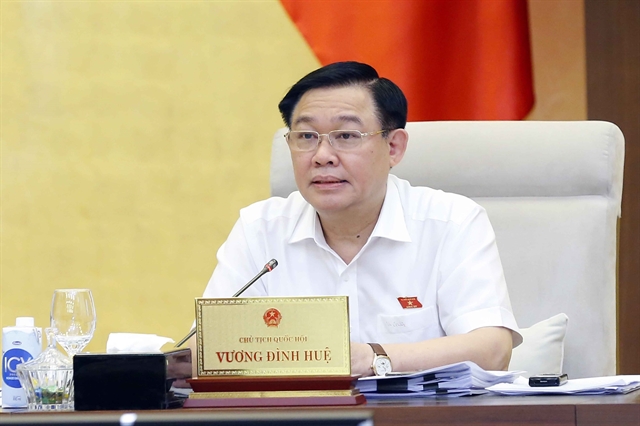 HÀ NỘI — The 57th meeting of the National Assembly (NA) Standing Committee wrapped up on Tuesday after one and a half days of sitting.

Closing the meeting, NA Chairman Vương Đình Huệ said that the committee completed all the set agenda by debating six issues and adopting one resolution on personnel work.

He asked relevant agencies and organisations as well as individuals to, right after the meeting, promptly acquire ideas given at the meeting and conclusions of the NA Standing Committee on particular issues to complete a report to be submitted to the 15th NA at its first plenary session.

As scheduled, the 15th legislature will convene a preparatory meeting before opening the first plenary session on July 20, he noted, stressing that successfully organising the session is the most important task.

After the 57th meeting, the NA Standing Committee will sit for another meeting to finalise the remaining contents to be debated at the first plenary session of the 15th NA, including issues related to five-year plans such as those on socio-economic development, budget-finance, and middle-term public investment.

The Government has also proposed adding two national target programmes on new-style rural area building and sustainable poverty reduction and social welfare to the agenda of the upcoming session.

Earlier the same day, the committee discussed a report on implementation results of the socio-economic development and State budget plans in the first six months of the year and solutions for the implementation in the last half of the year. — VNS

At the meetings with the agencies’ leading officials, Nghia lauded the press’s important contributions to the successful organization of major events of the country over the recent past such as the 13th National Party Congress, the elections of deputies to the 15th National Assembly and all-level People’s Councils in the 2021-2026 term, and the 131st birth anniversary of late President Ho Chi Minh.

Affirming the leading position of the four central-level press agencies in the Vietnamese revolutionary press system, Nghia appreciated their innovation efforts to enhance the quality of dissemination work.

He expressed his belief that the four agencies as well as other press outlets will continue promoting their glorious tradition, fulfilling their assigned tasks, contributing to building a modern, professional, humane and effective revolutionary journalism as the goal set out by the National Plan on Press Development and Management until 2025, and at the same time enhancing the country’s position and prestige in the international arena.