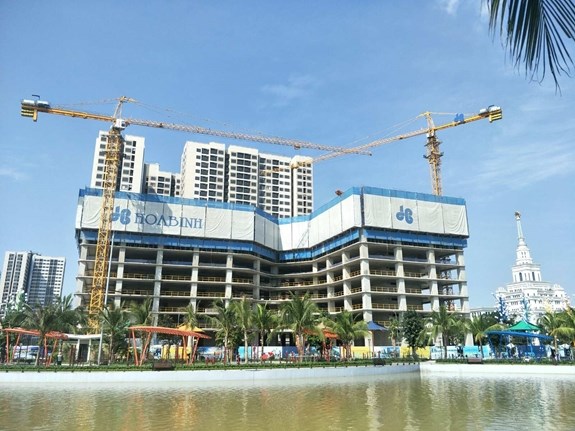 Hanoi (VNS/VNA) – Several construction firms have reported a drop in profits in the first quarter of this year due to the COVID-19 pandemic and rising material prices .

Since the beginning of this year, the prices of construction materials on the market have increased sharply amid worries over shortages of materials and rising demand for economic recovery after COVID-19 .

Local brands have increased steel prices by 30-40 percent compared to the fourth quarter of 2020, putting great pressure on the construction industry, as steel currently accounts for 20 percent of inputs for construction work .

Not only steel, the price of cement has also skyrocketed. Since mid-April, many cement manufacturers have adjusted the price of products sold with an increase of 40,000 VND per tonne.

The prices of some other key materials such as sand and gravel are also increasing dramatically.

Facing the double pressure from the COVID-19 pandemic and rises in material prices, a series of contractors have decided to suspend construction progress to wait for market stabilisation.

Gross profit was 120 billion VND, down by more than 38 percent compared to 2020. The gross profit margin was 4.67 percent, significantly lower than 5.46 percent of the same period last year.

Its pre-tax profit dropped 55 percent to touch 69 billion VND. On the stock market, CTD prices have dropped and are currently being traded at 58,600 VND per share, down more than 27 percent since the beginning of the year.

The pre-tax profit of Hoa Binh Construction and Real Estate Corporation (HBC) in Q1 decreased by 12 billion VND, down 37 percent. In contrast, the gross profit margin improved from 7.7 percent in Q1, 2020 to 8.7 percent in Q1 this year.

This year, in addition to civil real estate construction, HBC has stepped up contracting for energy, industrial and infrastructure projects to increase market share.

In a new report, the Vietnam Steel Association (VSA) indicated that steel prices may continue to rise until the end of the third quarter.

On its side, the Vietnam Association of Construction Contractors (VACC) has issued a petition to the Government to soon direct ministries and branches to examine the cause of the sudden increase in steel prices./.

Siemens, which makes products ranging from trains to factory equipment, said in a statement that it booked bottom-line net profit of 2.4 billion euros ($2.9 billion) in the period from January to March, up from 697 million euros a year earlier.

“As our order intake and revenue in the second quarter impressively demonstrate, our customers place great trust in us,” said chief executive Roland Busch.

“Growth momentum came, in particular, from the automotive industry, machine building, our software business and -– from a geographic perspective –- from China,” Busch said.

“On this basis, we are even more confident about the second half of our fiscal year and are raising our guidance significantly,” said chief financial officer, Ralf Thomas.

Siemens said that although it continued to “a complex macroeconomic environment influenced by Covid-19, we expect our businesses to continue to deliver a strong performance in the second half of fiscal 2021.”

Full-year revenue was projected to grow by between nine and 11 percent,

“In line with the results already achieved during the first half of fiscal 2021 and the expectations described above, we raise our outlook for net income to the range from 5.7-6.2 billion euros”, well above the previous projected range of 5.0-5.5 billion euros, the statement said.

The deputy chairman of the appraisal council is a deputy minister of Planning and Investment. The members are representatives of the ministries of transport, finance, construction, as well as natural resources and environment, among others.

The airport would be developed under the public-private partnership (PPP) financing mechanism.

Quang Tri Airport has the total investment capital of VND4.4 trillion ($191.3 million), which makes it suitable to develop under the PPP model. The capital will be mobilised from both public and private resources.

According to the decision, the projected Quang Tri will be a joint-use airport, covering 316 hectares in Gio Quang commune, Gio Linh district. It will be a 4C category airport under the International Civil Aviation Organization (ICAO) classification. 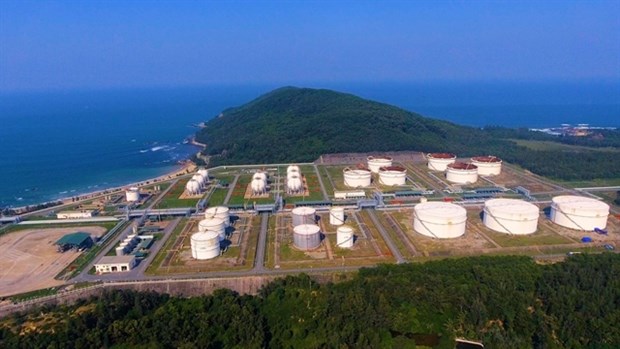 Hanoi (VNS/VNA) – Surging international crude oil price on improving demand has helped many oil and gas companies record big profits in the first quarter of this year, after losing in 2020.

In the first quarter financial result, Vietnam National Petroleum Group (Petrolimex, PLX) posted a slight fall of 0.6 percent in net revenue to nearly 38.2 trillion VND (1.6 million USD). However, it was still profitable thanks to a cut in expenses in financial activities and others, and gains in other incomes.

During the period, Petrolimex’s domestic output rose 4.7 percent year-on-year to 2.27 million m3. Retail sales accounted for 55 – 60 percent of its total sales but contributed around 80 percent of its profit.

SSI Securities Corporation (SSI) said that the company’s production growth will continue until the first half of the second quarter, boosted by the Government’s restriction on illicit petrol, especially in the south.

The main driving force for the recovery in profit was higher crude prices in the international market and crack spread of gasoline products.

Crack spread is the spread created in commodity markets by purchasing oil futures and offsetting the position by selling petrol and heating oil futures.

Another company witnessing profit rise sharply was Nam Song Hau Trading Investing Petroleum JSC (PSH). The company’s revenue was up 10 percent over last year to more than 1.7 trillion VND, resulting in a profit of 44 billion VND, 2.1 times higher than that of the same period in 2020.

Even though there were still some companies recording declines in profit or even losses during the first quarter, in general, oil and gas companies’ results were quite positive.

With positive oil demand outlook, the oil price is expected to continue to rally. Therefore, there is still more room for oil and gas firms to recover.

According to SSI, developed economies are gradually opening again as they have pushed the vaccination rollout. Businesses activities will also recover quickly when countries continue to ease measures to contain COVID-19.

Mitsubishi Corporation will develop a wind farm with power generation capacity of 600MW. Accordingly, this could be one of the largest onshore wind farms in Southeast Asia, according to Nikkei Asia .

Although the Japanese giant did not disclose the detailed figure, experts anticipate that the investment could be roughly hundreds of millions of dollars.

In 2016, Vietnam entered an agreement to share electricity with Laos. Mitsubishi expects that cross-border power sharing will gain steam in Southeast Asia’s renewable energy industry, following the footsteps of other European countries.

One of Mitsubishi’s subsidiaries will hold a 20 per cent stake in the joint venture to be formed with two Thai renewable-energy developers. Construction by the new company is predicted to start by the end of this year with operations to begin in 2024, Nikkei Asia reported. Moreover, a grid network will be built to send power to Vietnam under a 25-year contract.

According to the International Finance Corporation under the World Bank, despite Vietnam’s huge potential, by the end of 2020, wind power accounted for less than 1 per cent (or 670MW) of the nation’s total installed capacity. The Vietnamese government aims to increase renewable energy capacity – mainly wind but also solar power, including rooftop solar – by 19GW to more than 36GW by 2030.

Meanwhile, coal and hydropower each make up for around 40 per cent of Vietnam’s energy sources. However, during Vietnam’s dry seasons, usage at hydroelectric plants declines, leading to severe power shortages.