The Hanoitimes – Vietnamese audiences will have chance to watch seven bespoke classic and modern French films that will be screened in 11 cities and provinces nationwide in 2021.

The Ministry of Culture, Sports and Tourism has granted permission to screen French films in Vietnam for the year of 2021.

The seven films are “I’m Looking for Myself”, “A Man and a Woman”, “The Princess with Donkey’s Skin”, “Girls in Rochefort City”, “Can Artificial Intelligence Outperform Humans?” “Living with Robots” and “The Journey of Brain Creating”.

The ministry also noted that screenings will only take place once the Covid-19 pandemic is fully brought under control in localities. In addition, relevant preventive measures must also be strictly observed.

Visit https://www.facebook.com/EspaceHanoi for detail information about the films and accurate screening time.

The Hanoitimes – The two countries have determined to expand their bilateral ties in the new historical conditions.

The Strategic Partnership between the Russia and Vietnam is a natural result of decades-long fruitful collaboration between the two countries, according to a Russian diplomat.

Maria Zakharova made the statement on the occasion of the 20th anniversary of the bilateral strategic partnership, saying that the relations over the past 20 years has achieved impressive results.

The declaration of the diplomatic relationship, which was signed in Hanoi on March 1, 2001, materialized the Russian and Vietnamese peoples’ wish to progressively strengthen their intergovernmental relations based on many years of friendship and mutually advantageous cooperation,” Russian Foreign Ministry Spokesperson Maria Zakharova said.

She named the milestone is “historic” and marks the cooperation in a variety of fields and showed the two countries’ determination to expand bilateral ties in the new historical conditions on the basis of their rich experience of interaction accumulated over the previous period of time.

Political dialog at the top and high levels has become regular. The cooperation in the trade, economic, military, military-technical, scientific, technological and humanitarian spheres has got an additional impetus.

“We have developed new cooperation mechanisms which enable more efficient interaction so as to find ways of solving pressing issues concerning bilateral affairs and close coordination on the international arena. It is indicative that our strategic partnership became comprehensive by mutual consent in 2012,” the spokeswoman stressed.

She highlighted the solidarity and unchanging mutual support, typical in the two countries’ joint efforts in containing the spread of the novel coronavirus infection.

Russia and Vietnam have been offering each other the necessary consultative and methodological assistance while their specialized institutions are engaged in a dialogue on a whole range of matters in fighting against Covid-19 pandemic, constantly exchanging experience in combating this dangerous disease, Maria Zakharova said.

Today, notwithstanding a complex situation in the region and the world, increased turbulence and radical changes in the entire system of international relations, the all-round strategic partnership between Russia and Vietnam based on many years of experience of fruitful cooperation remains an important part of Russian foreign policy in the Asia-Pacific region, she noted.

The Hanoitimes – Priceless support in the past is said to be the treasury for the further Vietnam-Russia relationship in which defence is one of pillars.

Vietnamese veteran officials have said that Vietnam needs to have long-term strategies to sustain the durable relationship with Russia that has lasted for more than seven decades.

The relationship between Vietnam and Russia (and the former USSR) is so special that should be maintained for generations, officials who used to study in the USSR decades ago said at a workshop held in Hanoi on December 30.

Participants said each stage of Vietnam’s development has been marked by the tightened relationship of Vietnam-Russia/USSR, highlighting the Russian great support in the victory and progress of the Vietnam People’s Army, mostly in the wars.

The participants affirmed that strengthening the Vietnam-Russia Comprehensive Strategic Partnership is one of Vietnam’s priorities, with a focus on defence cooperation and military training based on the decade-long support.

It’s valuable assets that the leadership and people of Vietnam are determined to keep and the Comprehensive Strategic Partnership needs being enhanced, the delegates insisted at the workshop which is among activities to celebrate the 70th anniversary of the Vietnam-Russia/USSR Defense Relations.

In 1950-1990s, USSR/Russia granted great support to Vietnam in both training manpower for the army and supplying weapons to help the country went through several wars against French and American troops, among other.

Lieu. General Pham Tuan recalled the priceless support by both his Russian teachers and people who he considered like his relatives when he attended a pilot course there. 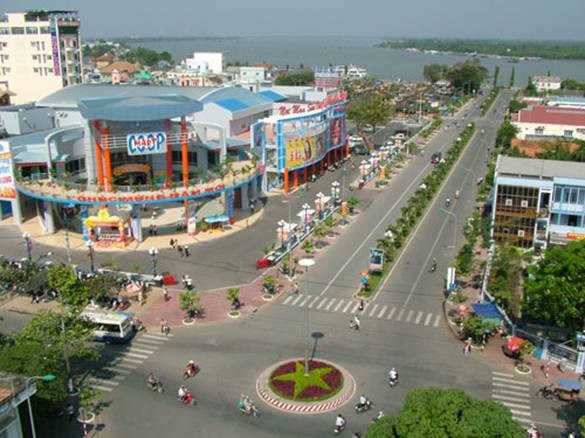 Vinh Long (VNA) – The Vinh Long Provincial People’s Committee in the Mekong Delta has issued a plan to implement the national action programme on sustainable production and consumption for 2021-2030.

By 2030, 90 percent of industrial parks in the province are set to apply clean and environmentally-friendly technologies.

All supermarkets and shopping centres are to use eco-packaging instead of single-use plastics, and the use of slowly-degrading packaging at wet markets will be cut by 80 percent.

The province also hopes to have 100 percent of its enterprises joining production and distribution chains for safe farm produce and it also targets the widespread use of QR codes for product origin tracing. 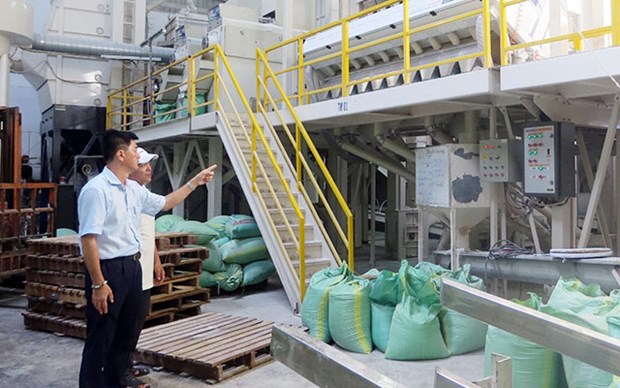 Vice Chairman of the provincial People’s Committee Nguyen Van Liet said local authorities will assist businesses in boosting their production capacity and product quality, and in reducing costs to engage in a network of sustainable production and consumption.

The provincial Department of Science and Technology has been tasked with planning and launching programmes assisting companies and localities in the innovation process.

Priorities have been set for waste recycling, the sustainable use of natural resources and energy, and technological application in resources management, goods manufacturing, and consumer protection./.
VNA 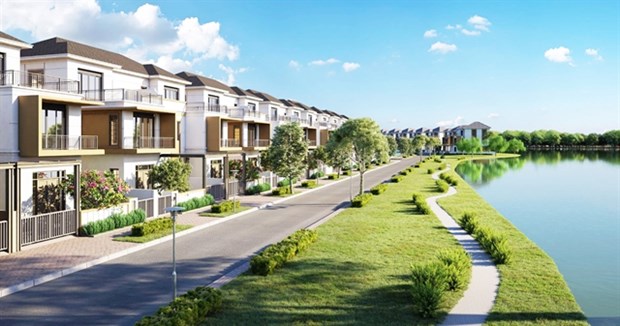 An overview of the Aqua City project developed by Novaland in the southern province of Dong Nai. Novaland is among companies w hose capitalisation is valued at billions of dollars on the market (Photo: novaland.com.vn)

Hanoi (VNS/VNA) – Vietnam’s stock market reached approximately 87.68 percent of the country’s Gross Domestic Product (GDP) as of the end of 2020, the highest rate reported so far.

Including the government bond market and corporate bond market , the value of Vietnam’s entire stock market by the end of 2020 exceeded 110.64 percent of GDP, this is also the highest rate ever recorded.

New cash flow continuously pouring into the market since the second half of 2020 has boosted liquidity. December 2020 and January 2021 were two months witnessing record matching value, of more than 250 trillion VND (10.8 billion USD) and more than 300 trillion VND on the Ho Chi Minh City Stock Exchange (HoSE), respectively.

However, skyrocketing liquidity has far exceeded market forecasts, leading to frequent congestion in many sessions, causing a lot of trouble for investors and affecting the quality of the market.

The sudden increase in liquidity is unpredictable, causing undesired interruptions in trading, according to HoSE.

To tackle this issue, the State Securities Commission said it was speeding up the implementation of a new information technology system for the entire stock market, known as KRX.

The Vietnamese stock market has experienced a year of spectacular recovery from the bottom caused by the COVID-19 crisis, a trend that is in parallel with most of the major stock markets in the world. Since the bottom at the end of March 2020, the VN-Index has increased by nearly 50 percent.

So far, the Vietnamese stock market recorded 38 companies whose value reaches billions of dollars. Vingroup is valued at 15.95 billion USD in market capitalisation. It is followed by the State-owned Vietcombank (VCB), with 15.82 billion USD. Third place belongs to Vinhomes (VHM) with 14.52 billion USD.

Some unfamiliar names also appear in the billion-dollar business group, with surprises in value. Most notably ThaiHoldings (THD) valued at 3.06 billion USD, became the third largest real estate company in the market by market capitalisation after Vinhomes and Novaland, the latter of which is valued at 3.41 billion USD.