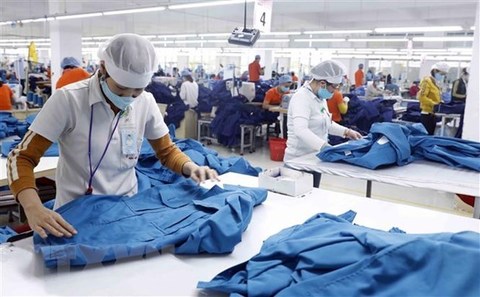 The portal of the Austrian Federal Economic Chamber has run an article hailing Viet Nam’s consistent, drastic and effective measures against the COVID-19 pandemic, adding that the Vietnamese market remains attractive to Austrian firms.

The article said it is not without reason that the Austria’s IC- Steiermark Centre (ICS) has brought Viet Nam into a focus programme this year, on the back of its 2.9 percent economic growth, which could reach 5-7 per cent this year.

It quoted Austrian Commercial Counsellor in HCM City Dietmar Schwank as saying that Viet Nam has insisted on virus containment and wide quarantine for immigrants. Such policy has proven successful in both health and economic terms. Border closure, a 14-day quarantine without exceptions and a consistent anti-pandemic plan have helped Viet Nam curb the virus spread.

Meanwhile, failures in the tourism sector which experienced a boom with 18 million visitors in 2019 could be offset by public investment, manufacturing and domestic consumption.

Additionally, the Vietnamese Government also offered aid packages to enterprises and the unemployed.

In political and macro-economic terms, the author hailed Viet Nam as a stable country with its key policies of economic liberalisation, investment in infrastructure and foreign investment attraction. All factors have made Viet Nam attractive to Austrian companies.

The ICS’s adding Viet Nam into its 2021 focus programme could open up a series of events such as seminars and trips to the country this autumn.

The centre said exporters and Austrian firms operating in mechanical engineering, food and pharmaceuticals will enjoy many chances when navigating the Vietnamese market. — VNS 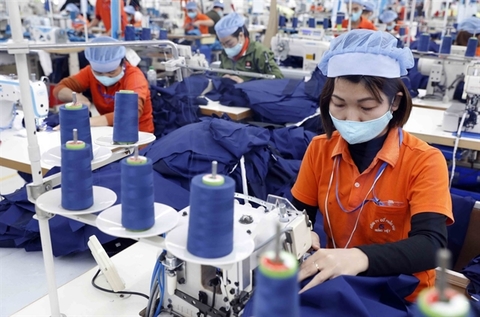 The number of new enterprises established in the first four months of 2021 rose 17.5 per cent from a year earlier, the fastest growth since 2017, and it increased in all economic sectors, according to the General Statistics Office (GSO).

The total capital poured into the economy topped VND1.42 quadrillion in the first four months, including VND792.9 trillion of additional capital from 14,900 existing businesses.

Nearly 19,300 enterprises also resumed operations, growing by 8 per cent from a year earlier, the GSO reported.

In April alone, the number of newly established firms stood at approximately 14,900, registering VND179.9 trillion worth of capital and 94,600 employees. These figures respectively went up 33.1 per cent, 59.1 per cent, and 30 per cent from the previous month.

The registered capital averaged VND12.1 billion per business, rising 19.6 per cent month on month and 1.7 per cent year on year.

The GSO held that these are positive signs for enterprise development in the time ahead.

To create further momentum, Director of the GSO’s Industrial and Construction Statistics Department Pham Dinh Thuy said it is necessary to stimulate investment among export manufacturers so as to ready goods supply once global markets are reopened and to capitalise on chances generated by free trade agreements, especially the one between Viet Nam and the EU.

He also pointed out the need to swiftly develop supporting industries to ease the burden on the import of input materials.

Businesses expect the Government will invest more in the transport system to boost the connectivity between key production areas and international ports of entry, develop the logistics network, set up technical centres to help companies meet export standards, and push ahead with strongly improving the business climate, Thuy added. — VNS

TOKYO — Sumitomo Mitsui Financial Group Inc will invest up to 150 billion yen ($1.38 billion) in Vietnam’s biggest non-bank lender FE Credit, a spokesman said on Wednesday, as part of a strategy to look beyond a slow-growing domestic market.

SMFG, Japan’s second biggest lender by assets, said in a statement its consumer finance unit would acquire a 49% stake in FE Credit.

The Vietnamese firm’s valuation was $2.8 billion, its parent company said in a separate statement.

The deal, which was reported by the Nikkei newspaper earlier, comes as SMFG has sought to expand its business in Southeast Asia, given the ultra-low rate environment and shrinking population at home.

Jun Ohta, chief executive of SMFG, previously told Reuters the bank was looking to expand its business in markets including Indonesia, Vietnam, the Philippines and India.

FE Credit, a major consumer finance firm in Vietnam, has over 13,000 points of sales nationwide and provides financial solutions through consumer lending products and services, according to its website.

The Vietnamese company posted net profit of about $125 million for the financial year ended in December.

The first-quarter report of South Korean venture fund Nextrans showed that investment in startups jumped by 34 per cent on-year to $100 million, with foreign investors being dominant.

However, the number of deals fell 20 per cent to 16. This decrease is quite small compared to the 20 deals in 2020 and 30 deals in 2019. Despite the reduction, the total deal value has increased remarkably by 34 per cent on-year, excluding unannounced deals.

Foreign investors outperformed their local counterparts with nine deals, the report said. The total investment by local actors was under $10 million, while it was $100 million for foreign investors.

Seed funding and Series A investment, the first two stages, remained dominant, accounting for 70 per cent of deals, much higher than in 2020 and 2019.

Fintech once again led with four of the 16 deals, followed by logistics, hospitality, real estate, education, and healthcare.

Vietnam is expected to grow at the fastest rate in Southeast Asia in terms of digital financial services revenue in the next five years, reaching $3.8 billion by 2025, the report said.

The most notable deals in the first quarter were an investment of $2.6 million from a group of investors led by Singaporean venture capital firm Jungle Ventures in electric motorbike brand Dat Bike, and a $1 million investment by investment fund AppWorks in healthcare service booking platform Docosan.

There are around 180 venture funds in Vietnam, including VSV Capital – Vietnam Silicon Valley, Mekong Capital, 500 Startups Vietnam, Vietnam Investment Group, IDG Ventures Vietnam, and Nextrans while others from South Korea and Japan are also looking for opportunities to invest.

But the number of deals continued to fall, almost halving from 2019 to 16, according to a report by South Korean venture fund Nextrans.

Seed funding and series A investment, the first two stages, remained dominant, accounting for 70 percent of the deals.

Fintech once again led with four of the 16 deals, followed by logistics, hospitality and real estate.

Vietnam is expected to grow at the fastest rate in Southeast Asia in terms of digital financial services revenues in the next five years, reaching $3.8 billion by 2025, the report said.

Other sectors such as e-commerce and medtech are also expected to boom in the coming years, it added.

The most notable deals in the first quarter included an investment of $2.6-million from a group of investors led by Singapore venture capital firm Jungle Ventures in electric motorbike brand Dat Bike , and a $1 million by investment fund AppWorks in healthcare service booking platform Docosan.

Startup events have been organized to help new companies promote their ideas and connect with potential investors, attracting thousands of participants. 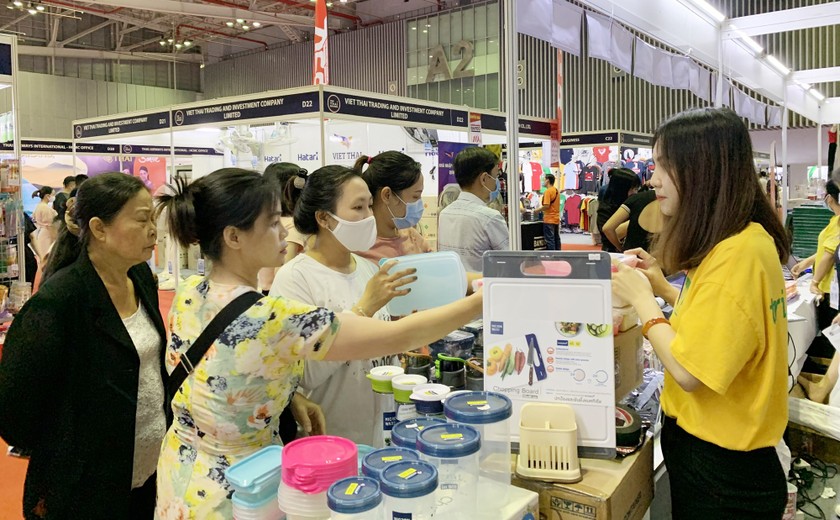 Currently, more than 200 Thai companies, including transnational corporations and large, medium and small-sized enterprises are performing their business and investment activities in Vietnam.

In the current context of the Covid-19 pandemic outbreak and the global economic instability, Thailand-Vietnam economic relations have remained strongly sustainable development, remarkably 2021 marks the 45th anniversary of the establishment of Thailand-Vietnam diplomatic relations.

The two countries set a target of reaching a trade balance of up to US$20 billion. To have this result, Thailand has carried out many solutions to develop bilateral trade investment, connect and restructure supply chains in the region, including Vietnam.

The information was shared by Mr. Apirat Sugondhabhirom, Consul-General of Thailand to Ho Chi Minh City at an opening ceremony of the 2021 Top Thai Brands expo at Saigon Exhibition and Convention Center, HCMC yesterday. Accordingly, the exhibition is one of the events following a series of trade fairs annually organized by the Department of International Trade Promotion under the Ministry of Commerce of Thailand.

By Minh Xuan-Translated by Huyen Huong