After the launching ceremony, young people have joined activities, such as cleaning and disinfecting schools, bus stations, apartments, markets and other public areas; offering trees to residents; environmental cleaning; repainting apartments; helping locals to change citizen identification cards; classifying waste in residential areas; promoting startup activities among young people.
They have also implemented works in response to the “building civilized urban and new-style rural areas” program, such as presenting handwashing stations, building children’s playgrounds and eco-friendly toilets in schools.
On this occasion, major targets have been launched, including organizing “Journeys to the history and tradition” visiting revolutionary bases of the Ho Chi Minh Communist Youth Union in the anti-US resistance war, providing consultancy services to about 10,000 youths, offering job opportunities to at least 5,000 young people, providing social skill training for around 20,000 youths and teenagers.
In addition, districts have supported young people to get loans worth at least VND5 billion (US$216,000) each; providing 50 tools of living to disadvantaged members of HCYU and youths; planting 5,000 trees; introducing outstanding members of HCYU for the admission to the Party.
On the same day, the Ho Chi Minh Communist Youth Union of Thua Thien-Hue Province also launched the Youth Month and a tree-planting campaign in Phu Van District.
The provincial Ho Chi Minh Communist Youth Union introduced the model of “Zero-waste commune”, club of young fishermen in Phu Thuan Commune; and offered 1,700 garbage bins, 629 eco-friendly shopping bags, 200 national flags, 60 waste bins to the clubs of young fishermen, 20 scholarships worth VND500,000 of each to poor students.

The Hanoitimes – The foreign-invested sector made up 76.4% of Vietnam’s total exports in the first two months with US$37.07 billion, representing an increase of 30.5% year-on-year.

Vietnam reported an estimated trade deficit of US$800 million in February, narrowing the trade surplus in the first two months of 2021 to US$1.29 billion in 2019, the General Statistics Office (GSO) has said in a monthly report.

Among Vietnam’s key export staples, phones and parts are predicted to earn the largest export turnover during the January-February period at US$9.3 billion, up 22.8% year-on-year and accounting for 19.2% of Vietnam’s total exports.

Meanwhile, China continued to be Vietnam’s largest supplier, selling US$17 . 3 billion worth of goods to Vietnam, surging 85 . 7% year-on-year.

South Korea claimed the second place by exporting US$8 . 4 billion worth of goods to Vietnam, up 6.7% year-on-year, followed by ASEAN countries with US$5.6 billion, up 18.5%.

The Hanoitimes – On the occasion of the International Women’s Day on March 8 and International Day of Happiness on March 20, Vietnam National Village for Ethnic Culture and Tourism will run a series of activities themed “Little Spring” for the whole month.

The event themed “the Spring in the Muong Village” features an artistic show of Muong ethnic dances and songs; an ethnic gastronomic demonstration with dishes prepared from Ban Flower (Bauhinia) and a photo exhibition of beautiful girls from Thai ethnic group with Ban flowers.

At the exhibition “Our homeland’s islands”, visitors will watch photos, documentary films and artifacts related to the sea and islands of Vietnam, especially the Truong Sa and Hoang Sa (Paracel & Spratly) islands while at the music show titled  “Love Songs from the Sea”, they will be told about the lives of the marines, their bravery and willing to sacrifice for Vietnam’s territorial water protection.

On weekends, there will be a cultural event called “The Central Highlands in March – I’m the P’lang flower”, including songs and dances on the spring, which praise the beauty of nature, culture and people of the Central Highlands.

In addition, spring festivals,  homestay travel programs, culinary experiences, and folk games will also be held on weekdays and weekends to introduce the culture and customs of the 54 ethnic groups of Vietnam.

These cultural activities are aimed at promoting cultural exchange among ethnic groups in Vietnam as well as attracting more tourists to the National Village for Ethnic Culture and Tourism.

The number of employees registered by the newly-established enterprises rose 9.7 percent to 173,000.

About 11,030 enterprises resumed operations in the first two months, down 7.6 percent while 33,611 others were dissolved, an increase of 18.6 percent.

In February alone, as many as 8,038 new businesses were set up with a combined registered capital of nearly 179.74 trillion VND.

The number of new firms represented a year-on-year drop of 12.3 percent while the amount of capital surged 85.6 percent.

The number of workers registered by these businesses reached almost 57,000, down 22.1 percent. 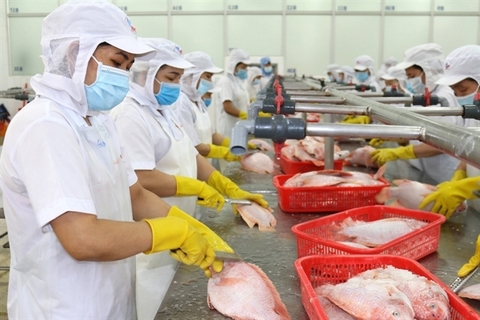 Viet Nam’s trade balance posted positive US$1.29 billion in the first two months of the year, the General Department of Customs has said.

The country’s trade turnover during January-February topped some $95.81 billion, a year-on-year surge of 25.4 per cent. Of the total, exports amounted to $48.55 billion, a yearly hike of 23.2 per cent, while imports were estimated at $47.26 billion, or 25.9 per cent higher than the same time last year.

The US was Viet Nam’s biggest importer as it splashed out $14.2 billion on Vietnamese products, or 38.2 per cent higher than the amount it spent the same time last year. China came second with $8.5 billion, followed by the EU with $6.3 billion, ASEAN $4.2 billion, South Korea $3.4 billion, and Japan $3.2 billion.

Meanwhile, the country spent big ($47.26 billion) on imports, with the foreign-invested sector purchasing $31.64 billion worth of products from abroad for production, up 31.4 per cent, while that of the domestic sector surged 16 per cent to $15.62 billion.

In a bid to support local firms in promoting production and exports, the Ministry of Industry and Trade said that it will work to capitalise on opportunities from the signed free trade agreements to seek measures for market development. Additionally, it will keep a close watch on the global market to identify key export products, while paying due heed to penning measures for market development.— VNS 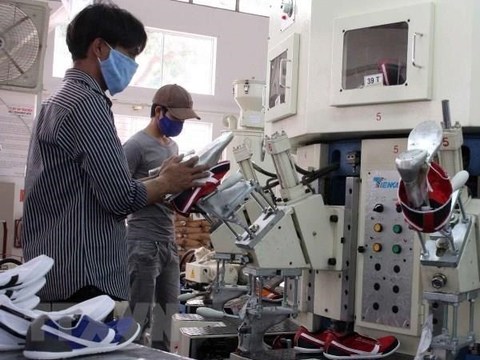 More than 18,000 new businesses were established in the first two months of 2021 — Photo VNA

More than 18,000 new businesses were established in the first two months of 2021, a year-on-year decline of 4 per cent, according to the Ministry of Planning and Investment.

The number of employees registered by the newly-established enterprises rose 9.7 per cent to 173,000.

In February alone, as many as 8,038 new businesses were set up with a combined registered capital of nearly VND179.74 trillion.

The number of new firms represented a year-on-year drop of 12.3 per cent while the amount of capital surged 85.6 per cent.

The number of workers registered by these businesses reached almost 57,000, down 22.1 per cent. — VNS