The National Assembly on Thursday ratified the amended Marriage & Family Law, which allows surrogacy in the country. However, the issue of same-sex marriage is still out of the scope of this law.

Previously, at the request of the National Assembly Standing Committee, National Assembly deputies voted on the specific contents on surrogacy. It was approved with 59.1 percent of the vote. The ballot was held because the surrogacy content had been protested by many deputies.

The chair of the National Assembly’s Committee for Social Issues, Ms. Truong Thi Mai,  said that surrogacy is a humanitarian measure to help infertile couples have a chance to become parents. The regulations to ensure the humanitarian purposes of surrogacy and to handle disputes are assigned to the Government.

Another controversial issue – same-sex marriage – was rejected from the amended Marriage and Family Law because. according to the National Assembly Standing Committee, cohabitation between two people of the same sex is not considered marriage so this issue is not under the scope of the bill. 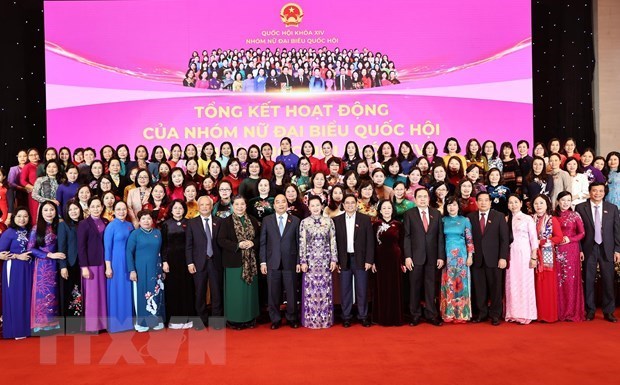 Hanoi (VNA) – A seminar was held in Hanoi on April 19 to discuss promoting gender equality in the election of female deputies to the National Assembly and People’s Councils.

Chairwoman of the NA Committee for Social Affairs Nguyen Thuy Anh told the seminar that the rate of female deputies in the 14th legislature (26.72 percent) and People’s Councils for the 2016-2021 tenure was higher than those in previous tenures but yet to meet expectations.

He hoped that the rate of elected female deputies will meet the requirements of the Politburo’s Resolution No 11 on women’s affairs during the country’s industrialisation and modernisation.

Man suggested that female candidates be aware of their strengths to present action plans succinctly and persuasively.

Female candidates at the seminar also learned about communications and personal branding skills and had their questions answered relating to difficulties in the election.

This was the first working session between the top legislator and the committee after Hue was elected as chairman of the 14th legislature at the 11th sitting.

Hue therefore asked the judicial committee to make plans for continuing to reform and increase the quality and efficiency of its operations.

He said the committee must remain ready to work with the Party Delegation to the National Assembly in building a draft resolution on continuing to perfect the rule of law state for submission to the Party Central Committee./.

Singapore’s anti-narcotics agency said on Monday it made its biggest seizure of cannabis in 25 years in a bust last week in the city-state, which has some of the world’s toughest narcotics laws including capital punishment.

The Central Narcotics Bureau seized about 23.7 kg (52.25 lb) of cannabis and 16.5 kg of heroin, as well as crystal methamphetamine and ecstasy tablets, it said in a statement.

The cannabis haul was the largest since 1996 and the heroin seizure the biggest since 2001. The drugs are estimated to be worth more than S$2.3 million ($1.7 million), according to the CNB.

The wealthy city-state has a zero-tolerance policy for drugs and imposes long jail terms or the death penalty in some cases.

It has hanged hundreds of people – including dozens of foreigners – for narcotics offences over past decades, rights groups say.

The trafficking of more than 500 grams of cannabis can carry the death penalty in Singapore. 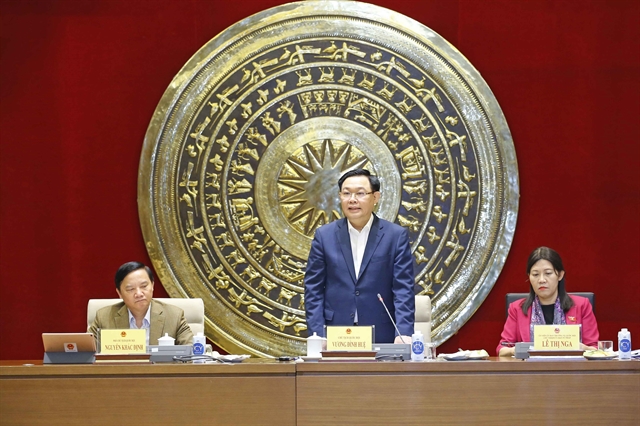 HÀ NỘI — National Assembly (NA) Chairman Vương Đình Huệ has requested that the NA Committee for Judicial Affairs continue promoting its core role in the legislature’s activities, while chairing a working session with standing members of the committee on Monday.

This was the first working session between the top legislator and the committee after Huệ was elected as chairman of the 14th legislature at the 11th sitting.

Speaking at the meeting, vice chair of the judicial affairs committee Nguyễn Mạnh Cường said that at the beginning of the 14th-tenure, the committee had 40 members working in many different branches and fields.

In general, the quality of the Committee’s members and the assisting apparatus continue to be guaranteed, meeting the requirements of the mission, Cường said.

The committee has heightened the sense of responsibility, made an effort to successfully implement the functions and tasks in the fields under its jurisdiction, contribute to improving the effectiveness, efficiency, correctness and compliance with the law in the activities of judicial agencies and concerned agencies, creating a positive change in investigation and prosecution activities, trial, judgment execution, judicial assistance and anti-corruption.

However, the Committee’s operation also encountered a number of difficulties and problems due to the lack of permanent members.

The committee suggested the NA and the NA Standing Committee to continue strictly enforcing legislative discipline, only adding to the NA’s annual programme on law and ordinance formulation bills that are really necessary and relevant to practical demands.

With regard to oversight, the committee proposed to continue enhancing the transparency in operations of judicial agencies.

NA Chairman Huệ stressed that the top-most goal of the NA this term is building action plans to realise the resolution of the 13th National Party Congress.

He therefore asked the judicial committee to make plans for continuing to reform and increase the quality and efficiency of its operations – especially in assisting the NA in issues such as evaluating, receiving feedback and revising the draft laws or legislation concerning justice, supervision works related to anti-corruption, handling of complaints and denunciations and enforcement of verdicts.

In his capacity as President of the United Nations Security Council in April 2021, Vietnamese President Nguyen Xuan Phuc on April 19 chaired a High-level Open Debate on “Cooperation between the UN and regional organisations in enhancing confidence-building and dialogue in conflict prevention and resolution”, which was held in both online and in-person formats. 
This is the first time a senior Vietnamese leader has presided over an important activity of the UNSC, sending the highest-level message of orientations, visions and aspirations for development, foreign policy of independence, self-reliance, peace, cooperation and friendship of the 13th National Congress of the Communist Party of Vietnam; and strongly affirming the country’s voice, position, commitment and responsible contributions to mutilateralism, the UN and common efforts for peace and development in the world.

Speaking at the debate, the UN Secretary-General and leaders of UNSC member states highly evaluated Vietnam’s initiative to organise this important event, affirmed their support for enhancing cooperation between the UN and regional organisations as well as among regional organisations to prevent and settle conflicts, especially through confidence-building measures and dialogues.

In his speech, President Phuc emphasised the importance of trust, confidence and dialogue in international relations and highly appreciated the cooperation between regional organisations and the UN in conflict prevention and resolution.

The President highlighted the Association of Southeast Asian Nations (ASEAN)’s comprehensive and important achievements in building a cohesive and responsive ASEAN Community and promoting cooperation and dialogue with the UN and relevant partners, as well as its efforts to promote dialogue and build trust in settling regional matters, including the East Sea and Myanmar issues.

On this basis, President Phuc put forward three proposals. First, the interactions and complementarities between the UN and regional organisations are inherent. They offer a “two-way linkage” to share knowledge and coordinate joint endeavours. The UN should take the lead in increasing cooperation activities and exchanges of experience and best practices in confidence-building and dialogue to prevent conflicts. On the other hand, regional organisations, with their unique strengths in practical experience, resources and diverse demands, should bolster cooperation with the UN, engage in dialogues and share experience at various forums to enhance capacity in preventing and resolving conflicts.

Second, the UN and regional organisations should further promote the role of multilateralism and uphold the UN Charter and international law, for this is the most concrete and solid foundation to build trust and promote dialogues.

Third, it is necessary to continue enhancing cooperation between the UNSC and regional organisations through dialogue and co-frameworks, and early warning mechanisms for volatilities.

The UNSC needs to continue acknowledging and respecting the perspectives, role and contributions of regional organisations. It is essential to mainstream conflict prevention and resolution strategies via dialogue and confidence-building in UN Missions, and create favorable conditions for regional organisations to uphold their central role.

In response, regional organisations should further strengthen their proactive and leading role in preventing and resolving conflicts in accordance with international law and the UN Charter. This can only be achieved when each and every member state has strategic trust in each other and share a common political resolve, he said.

The President also affirmed that Vietnam will spare no effort to strengthen the cooperation between the UN and regional organisations, including ASEAN, and elevate such ties, for peace, security and development around the world.

Also in the debate, President Phuc chaired the approval of the UNSC President’s Statement proposed by Vietnam with the aim of affirming the connection between the UN/UNSC and regional organisations in conflict prevention and resolution with trust-building and dialogue being essential factors.

The statement called on regional organisations to uphold their support roles and put forward recommendations for conflict prevention and resolution to member states in line with the UN Charter and relevant agreements. It also proposed the UN Secretary-General suggest solutions to promote trust-building measures and dialogue in the coming time./.