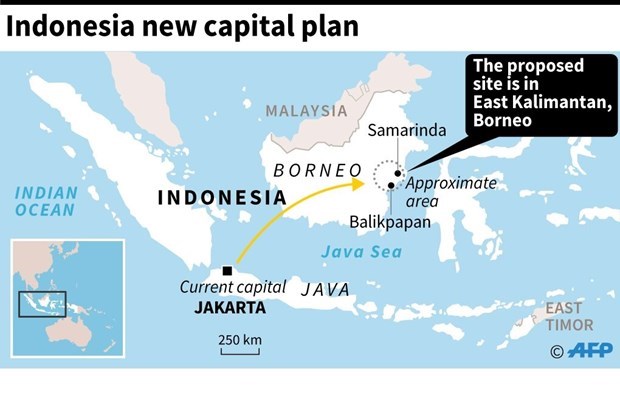 Jakarta (VNA) – Part of ministries, institutions, and central agencies of Indonesia is set to move to the country’s new capital in East Kalimantan province starting in 2023, an official has said.

The Indonesia n Ministry of Administrative and Bureaucratic Reform (PAN-RB) targets that the state civil apparatus in ministries, institutions, and central agencies will have gradually been moved to the new capital by the end of 2023 so that the government machinery will begin operating there in 2024, Minister Tjahjo Kumolo said on the PAN-RB’s official Youtube channel on June 17.

The PAN-RB has prepared a roadmap for the operation, and it is only waiting for the official capital relocation decision, he noted.

In 2019, Indonesian President Joko Widodo selected North Penajam Paser district in East Kalimantan as the location for the new capital. However, construction projects for the new capital have been delayed as a result of the COVID-19 pandemic.