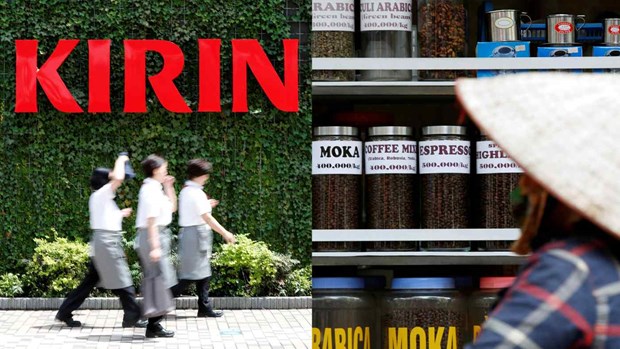 Kirin aims to extend support to farms in 700 locations, double the current figure, by the end of the year.

The firm helps Vietnamese coffee growers get certification from the Rainforest Alliance, a US-based non-governmental organisation. To be certified, farmers must not only refrain from using excessive amounts of agrochemicals and work to protect biodiversity but also enhance production efficiency and quality, and improve conditions for farmworkers.

Vietnam is the world’s second-largest coffee bean producer after Brazil. Vietnamese coffee represents about 30 percent of the ingredients Kirin uses in its products.

Thanks to increased consumer awareness, sales of beans certified by the Rainforest Alliance grew sharply around the world last year, rising 15 percent from the previous year./.

Transaction values via smartphones increased by 177% in the first half of 2020.

Concerns over Covid-19 and mobility restrictions have prompted the use of cashless payments in Vietnam, according to local insiders and providers.

Statistics from Shopee, the leading e-commerce platform in terms of visitors in Vietnam, showed that the number of users of AirPay e-wallet, which is associated to it, has increased compared to normal in this period of mobility restriction.

For GrabMart service, the number of cashless transactions in August soared 128% compared to the previous month.

Vietnam has about 15 million people using internet banking and mobile banking services per month. The country records about 30 million cashless transactions per day, according to the State Bank of Vietnam (SBV).

The speedy development of cashless payment is thanks to the synchronization of e-banking, credit card, e-wallet, making cashless payment the optimal solution for local people to pay for essential services such as electricity, water, tuition, hospital fees, shopping and travel.

According to the SBV, in the first six months of 2020, the inter-banking e-payment system safely processed transactions worth about VND12,900 trillion (US$554.8 billion), up 36% in value compared to the same period in 2019.

Between January and June, the number of transactions via smartphones reached more than 472 million, with a value of about VND4,900 trillion (US$210.7 billion), up 177% over the same period of 2019.

Local banks continue to develop card payment services. By the end of June, 106 million cards had been issued, an increase of about 14.5% over the same period in 2019.

Banks have integrated more features into their cards to pay for goods and services, and focused on improving the quality of card services and the safety of card payment.

Vietnam earned US$22.58 billion in exports of agricultural products in the first five months of this year, up 30.1 percent year on year, despite the impacts of the COVID-19 pandemic.

The country’s agricultural production increased sharply in not only output but also export value during this period, according to the Ministry of Agriculture and Rural Development.

The export revenue of major farm produce was estimated at $7.78 billion, up 13 percent.

Asian countries remained the key markets of Vietnamese agro products, securing a market share of 46.5 percent, followed by Americas with 27 percent and Europe with 10.1 percent.

The United States was the biggest importer with a market share of 24.6 percent, followed by China with 22.6 percent, Japan with 6.6 percent, and South Korea with 4.9 percent.

China alone imported 2.5 million metric tons of fresh fruits from Vietnam between January and May, equivalent to 76.2 percent of the total volume of 2020.

To promote exports, the agriculture ministry has actively supported localities, farmers, and businesses in improving production, processing and consumption of agricultural products amid the COVID-19 pandemic. 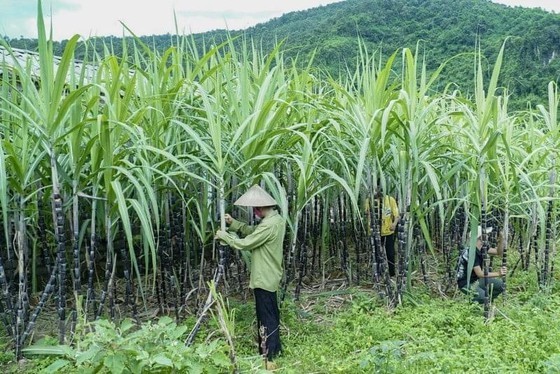 Previously, on February 9, 2021, based on the preliminary investigation results, the MoIT issued Decision No.477/QD-BCT to apply temporary anti-dumping and anti-subsidy measures to some sugar cane products imported from Thailand.

The Ministry of Industry and Trade started investigating the case on September 21, 2020, after assessing the request of the representative of the domestic sugar industry.

Based on the information provided by domestic manufacturers, the Government of Thailand, and related parties, the MoIT carefully reviewed and evaluated the level of dumping and subsidies of Thai cane sugar products, the damage to the domestic sugar industry, as well as socio-economic impacts, including impacts on downstream industries and consumers.

The investigation results showed that cane sugar products imported from Thailand, including refined sugar and raw sugar, were subsidized and dumped at a level of 47.64 percent. 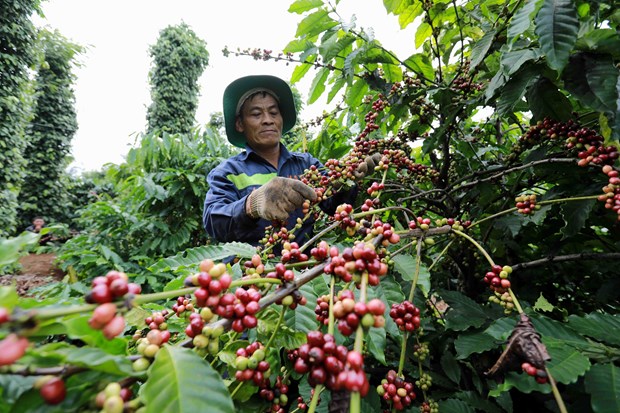 According to the organisers, the competition aims to discover and honour coffee products meeting specialty coffee standards, and to create a motivation for the coffee production industry in increasing the added value of coffee products.

It also offers an opportunity to introduce their specialty coffee products of Vietnam to consumers and producers at home and abroad.

With a cultivation area of about 5,000 hectares, Huong Hoa district in central Quang Tri province is one of the key areas for Arabica coffee growing in Vietnam. The district is famous both in and outside the country for its Khe Sanh Arabica coffee brand.

It is chosen by the Ministry of Agriculture and Rural Development (MARD) to build a Vietnamese specialty coffee brand with an area of about 60 hectares in Huong Phung commune.

Le Quang Thuan, Vice Chairman of the Huong Hoa District People’s Committee, said the district has been carrying out a number of measures to build specialty coffee brand on the cultivation area selected by the MARD and gradually expanded the model to communes and towns of Huong Hoa district.

Local authorities asked communes and towns to review their existing coffee areas to improve the quality of coffee and propose conversion for inefficient cultivation area.

Recently, the MARD has approved a project on the development of Vietnamese specialty coffee in the 2021 – 2030 period.

The project is in line with the international economic integration process, meeting the growing demand for specialty coffee in both domestic and export markets. It will contribute to enhancing the competitiveness of Vietnamese coffee products in the world market. The project is implemented in eight provinces including Dien Bien, Son La, Kon Tum, Gia Lai, Dak Lak, Dak Nong, Lam Dong and Quang Tri./.

Alliex, a fintech company, has cooperated with banks to develop the non-cash payment system nationwide.

Alliex started to deploy its SharePOS service with VietinBank in accordance with the signed collaboration contracts from December 29, 2020.

VietinBank is the first bank of joining Alliex SharePOS service, prepared by the two sides since April 2020 and deployed this in famous merchants as department stores and golf courses. Alliex smart All in One POS terminal can accept various non cash payment method with the advanced technology.

From January 2021, besides VietinBank, the SharePOS service will serve other partner banks as well. The implementation proves the commitment of Alliex on cooperating and developing the Vietnam non-cash payment ecosystem.

Alliex’s SharePOS is a high-tech payment infrastructure that provides services to banks and merchants, thereby banks will be able to focus on their core business in a more efficient and professional way, and merchants will be able to provide various non-cash payments to their customers more conveniently and safely. It becomes one of the methods to promote non-cash payment in Vietnam.

In 2020, under Covid-19 situation it is not easy to mobilize business entities’ asset and experts to set up new business and service, an issue which Alliex has to face. However, with the support of Vietnam government’s special entry program, their engineers were allowed to enter the country last November and set up its operation system successfully in December. Currently, Alliex is operating 2 information technology centers (DC, DR) in different location to support 24/7 service in any situation.

In 2021, the company plans to expand the service by installing more than 200,000 SharePOS terminals and supplying 1 million units nationwide by 2025.

Alliex sees the tremendous potential of Vietnam’s economy in particular and the whole country in general, especially in the context of Covid-19 being under control in Vietnam. “In such the context, Alliex makes bold investments in Vietnam that is not something anyone can do. We have made great efforts for the development of the SharePOS model, highly appreciating the potential of the non-cash payment market in Vietnam,” Mr. Park Byounggun, CEO of Alliex said.

With the guidance and support of government authorities, and active cooperation from banks, the service began this year, and Mr. Byounggun believes the Alliex SharePOS model will create an ecosystem that helps all Vietnamese customers use non-cash payment services anywhere.

“The company is also willing to contribute to the Vietnamese non-cash payment market and support banks, payment service providers and merchants. This is one of the ways we can contribute to Vietnamese society,” he said.

The SharePOS service by Alliex will provide a payment network that all card issuing banks can use. It is expected to be able to efficiently meet the increasing demand in card payment usage and the supporting policies of the government for non-cash payments and the economy development.

With a good start, VietinBank will continue to expand the payment network, develop a diversified payment ecosystem and promote non-cash payment in Vietnamese market.