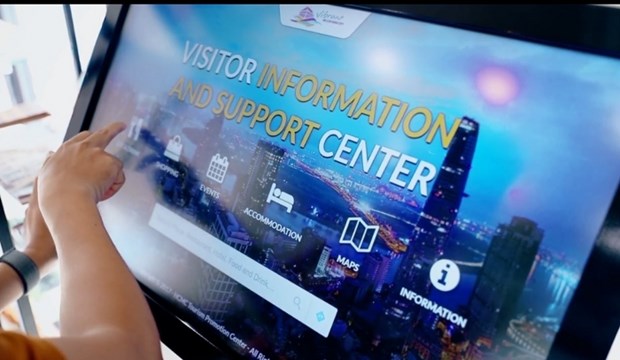 Prague (VNA) – The development of the digital economy in Vietnam will create new opportunities for Czech companies operating in this field in the Southeast Asian nation, particularly in cyber security or digital banking, according to Czech diplomat David Jarkulisch .

The diplomat at the Czech Embassy in Hanoi recently wrote an article on Vietnam’s newly-approved strategy on the Fourth Industrial Revolution, posted on the Czech Foreign Ministry’s website mzv.cz.

He said that Vietnam’s new strategy has relatively ambitious goals. It aims to transform the current growth model mainly based on the use of cheap labour and targets the digital economy contributing to 30 percent of the GDP by 2030.

As part of the strategy, the Vietnamese government has also identified 99 priority technologies, which it will focus on supporting, including artificial intelligence, the Internet of Things, quantum technology, bioinformatics, aerospace technology, remote sensing technology, research and development of high-resolution screens, or advanced 3D printing technology.

However, Vietnam is not at the very beginning in the development of the digital economy. Already during the last five years, the country has managed to prepare a relatively good starting position and create the basic preconditions for further growth. In addition, the growth rate of the digital economy accelerated significantly with the onset of the COVID-19 pandemic, bringing the total value of the Vietnamese Internet economy up 16 percent to 14 billion USD last year. According to a recently published Google study, the growth motivations of this sector in Vietnam should continue to accelerate and reach a volume of up to 52 billion USD in 2025.

In many aspects needed for the development of the digital economy, Vietnam is not lagging behind even its closest regional competitors. Within the countries of Southeast Asia, Vietnam ranks third in the number of Internet users, third in mobile phone users and second in the average speed of mobile Internet. Today, Vietnam can also be proud to be one of the countries with the largest numbers of Facebook users in the world. With sixty million registered users, Vietnam has the eighth largest Facebook community in the world, the diplomat wrote./