Hai van pass how much time 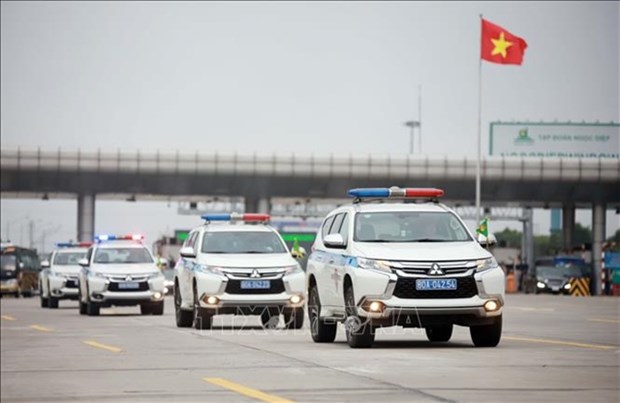 Since 2016, the unit has received US-made medical waste autoclave technology from an international donor organization, which uses saturated steam at high temperatures to eliminate bacteria and harmful pathogens.

However, the cost of foreign technology, its maintenance and replacement parts was too high for many users. Two years ago, Urenco 13 met engineer Nguyen Van Binh and cooperated with NARIME on the research, design, manufacture and application of medical waste treatment using wet heat, with capacity of 4,000 to 4,500 kg of waste a day. Urenco 13 mastered the technology of the American system and adapted it to fit Vietnam’s environmental conditions, Dung emphasized.

Equivalent quality to US products

The system is made up of a 9,000-liter autoclave, a 480-liter boiler and a system control cabinet. Medical waste is first transferred to sterilization in the autoclave, where high temperature saturated steam helps eliminate all germs, bacteria, pathogens in the waste. This process does not cause odors and does not generate dioxins and furans, unlike conventional burning methods.

The whole process is operated automatically. Once the sterilization ends, the waste is cooled and crushed to a size of about 2-3 cm. The finished product after treatment is sterile waste, not harmful to the environment. When buried, the product does not take up much space and does not affect the soil and water environment, Binh emphasized.

After being installed and tested at Urenco 13 (in Hanoi’s Nam Tu Liem District) since November 2020, the results show that the new system has been operating stably. Microbiological tests of the waste following its treatment conform to the requirements of the National Institute of Hygiene and Epidemiology (NIHE).

The treatment time is reduced and productivity increases about 15-20 percent compared to world-leading medical waste autoclave equipment, which costs about four times more than the system manufactured by a domestic unit, Binh added.

Dung also affirmed that the project’s products have the same quality level as GK-MOSS products imported from the US, saying the company as well as NARIME hopes that following additional trials, the technology can be replicated nationwide.

The project will be replicated by member units of URENCO, hospitals in Hanoi and some northern provinces and subsequently in hospitals in the southern and central provinces, Dung said.

Hundreds of households in Dien Van, Dien Ky and Dien Hong communes, Nghe An Province’s Dien Chau District, are complaining about the environment being polluted by wastewater from a local industrial zone. Deteriorated wastewater treatment system cause pollution in Nghe An Province

Local people have complained their lives have been badly affected since the Dien Hong Commune Industrial Cluster discharged wastewater into the environment. Even though there are three wastewater sedimentation lakes, they seem to be abandoned. The wastewater is then discharged into the irrigation canal for the fields.

The industrial cluster has a lot of scrap collectors and a large amount of rubbish. The locals said they also had to suffer the smoke coming from iron and steel processing workshops.

Nguyen Hong Trung, chairman of Dien Hong Commune People’s Committee, said, “There are 41 facilities operating there. They mostly collect steel scrap and recycle plastic. We have reported the situation to higher authorities many times but the problem hasn’t been dealt with.”

Dien Hong Commune Industrial Cluster was approved by Nghe An People’s Committee in 2003. It covers 10ha with 11 firms and 30 household businesses. The wastewater treatment system has deteriorated and has been nearly abandoned. 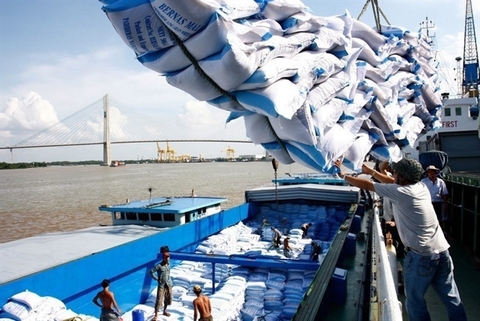 In order to take advantage of FTAs ​​and increase the Vietnamese rice export market share at more competitive prices, the Ministry of Industry and Trade will continue to co-ordinate with ministries, branches and the Viet Nam Food Association to help businesses effectively implement the deals and make the most of markets such as South Korea and the EU.

The ministry would implement solutions on mechanisms and policies to remove technical and trade barriers, internalise international commitments, customs procedures, logistics and credit as well as building and developing brands to create a premise for rice export enterprises to exploit the markets, said Tran Quoc Toan, deputy director of the Import and Export Department under the Ministry of Industry and Trade.

For rice exporters as well as farmers, Toan noted the need to be more proactive in improving the competitiveness of products through quality and price as well as building and protecting trade to diversify markets towards sustainable exports.

The Ministry of Agriculture and Rural Development reported the volume of rice exported reached 450,000 tonnes with a value of US$246 million last month.

The cumulative amount of rice exported in the first three months of this year rose 1.1 million tonnes, while the value hit $606 million, down 30.4 per cent in volume and 17.4 per cent in value over the same period last year.

Nguyen Van Don, director of Viet Hung Co., Ltd in the Cuu Long (Mekong) Delta province of Tien Giang, said that the reason for the decline in rice exports was partly as the first quarter of this year coincided with the Lunar New Year holiday.

In addition, the first two months of the year were between-crop periods when the rice supply was limited while the price was high, so it was difficult for businesses to negotiate export contracts.

Although the company’s rice export volume declined by more than 30 per cent over the same period for the first three months of the year, the export rice price rose by about 20 per cent. The two largest import markets are still the Philippines and China.

Meanwhile, Pham Thai Binh, general director of Trung An High-Tech Farming JSC in the Cuu Long (Mekong) Delta city of Can Tho, said that the first quarter’s rice export dropped significantly in volume due to a shortage of empty containers and soaring freight rates.

“Customers still need to import, but enterprises cannot order containers to pack their goods, the shortage of empty containers has pushed freight rates up 600-700 per cent, from $1,000 to $6,000-7,000 per container. With this rate, not only rice exporters but also other firms are facing difficulties. This situation means the importer had to consider delaying the time of receiving the goods or looking for closer sources to reduce costs,” said Binh.

Commenting on this issue, Toan said that although the amount of rice exported in the first quarter of this year declined compared to the same period last year, the price of rice for export grew due to high demand for food reserves around the world, which has pushed up the general level of world rice prices.

Viet Nam’s rice price continued to remain at a high level of $547 per tonne by the end of the first quarter of this year, up 18.6 per cent, equivalent to an increase of $86 per ton compared to the same period last year. The current price of rice has been and is benefiting the rice farmers.

Vietnamese rice exporters were increasingly focusing on improving quality and traceability to meet the strict standards of export markets such as the EU, South Korea, and the US, Toan said.