European business leaders began the year positive and optimistic about Vietnam’s trade and investment environment, according to new data from the European Chamber of Commerce in Vietnam (EuroCham).

EuroCham’s Business Climate Index (BCI) hit 73.9 points in the first quarter of 2021. This is the highest score recorded since the third quarter of 2019, before the COVID-19 pandemic hit global trade and investment. This continues a positive upward trend, with the score rising more than 47 points over the last 12 months.

It comes after Vietnam recorded strong economic growth at the start of 2021, and this is reflected in the optimistic outlook of European enterprises. When asked about the prospects of Vietnam’s business environment in the next quarter, 67 per cent predicted either ‘excellent’ or ‘good’ – a 12 per cent increase compared to the previous quarter.

Business leaders are also more optimistic about their own companies. More than two-thirds (68 per cent) predict that orders and revenue will ‘maintain or increase’ over the next three months. That’s a 25 per cent increase compared to the fourth quarter of 2020.

EuroCham members are also seeing positive effects from the EU-Vietnam Free Trade Agreement (EVFTA) which came into force on August 1, 2020. Since it was implemented, more than 60 per cent have benefitted from the agreement. However, business leaders continue to report that ‘administrative procedures’ are the biggest hurdle for them to utilise the EVFTA.

Commenting on the BCI, EuroCham Chairman Alain Cany said: “The Business Climate Index confirms once again that Vietnam is open for business. While countries continue to struggle with the impact of COVID-19, Vietnam has ensured that companies here can continue their operations as close to normal as possible. This is helping to drive economic growth and fuel the confidence of European business leaders.

“Therefore, it is no surprise that EuroCham members are positive about the future of their own companies and optimistic about the prospects for Vietnam’s trade and investment environment. The BCI has now almost climbed back to pre-COVID levels – this is a remarkable achievement and further evidence that Vietnam is on the right path to achieving its twin goals of protecting health and promoting economic growth.”

Thue Quist Thomasen, CEO of YouGov Vietnam, added: “Beyond the headline figure, the data in our latest BCI tells us a lot about Vietnam’s business environment. For instance, the fact that more business leaders are anticipating a rise in their headcounts and investment plans is – in itself – a vote of confidence in Vietnam’s long-term prospects. It shows that companies are investing in their workforces and their businesses now in anticipation of a strong and prosperous 2021.”

Hanoi – Despite a year-on-year slip in foreign direct investment (FDI) to Vietnam in the first four months of the year, foreign investors still signed major deals in the country and confirmed its ongoing investment appeal.

In early April, the SK Group of the Republic of Korea announced the signing of an agreement with the Masan Group Corporation to acquire a 16.26 percent stake in VinCommerce, a Masan subsidiary, for a cash consideration of 410 million USD.

The two deals warmed up Vietnam’s merger and acquisition (M&A) market, confirming that it is still attractive and that investors are still seeking valuable deals.

In the first four months of the year, FDI in Vietnam was not far below the figure in the same period last year thanks to major projects being signed, including a 3.1 billion USD gas-fuelled power plant in Long An province, the 1.31 billion USD O Mon II thermal power project in Can Tho city, and the adding of 750 million USD to the LG Display project in Hai Phong city.

Vietnam attracted a total of 12.25 billion USD worth of FDI in the period, equal to 99.3 percent of the figure in the same period last year, including 8.5 billion USD going to new projects.

According to Nakajima Takeo, Chief Representative of the Japan External Trade Organisation (JETRO) in Hanoi, its survey on business trends showed that the majority of enterprises believe it will be difficult to expand production and business in the next one or two years but still consider Vietnam to be a leading investment destination among ASEAN member countries.

Meanwhile, a recent survey by EuroCham revealed that European firms in Vietnam are confident about recovery in the country, with its Business Climate Index (BCI) hitting 73.9 points.

When asked about the prospects of Vietnam’s business environment in the next quarter, 67 percent predicted either “excellent” or “good” – a 12 percent increase compared to the previous quarter.

Meanwhile, business leaders are also more optimistic about their own companies. More than two-thirds (68 percent) predict that orders and revenue will remain steady or increase over the next three months, which is a 25 percent increase compared to the fourth quarter of 2020.

EuroCham President Alain Cany attributed the results to European firms’ confidence in the Vietnamese market, where business has not been greatly interrupted by the COVID-19 pandemic.

However, amid fierce competition from other countries in FDI attraction, experts said that Vietnam should work harder to win favour. 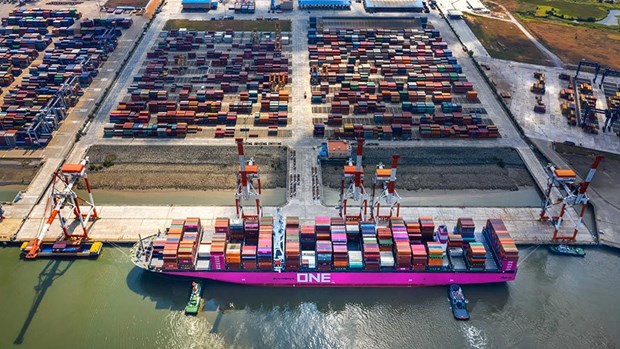 Vietnam and the US have huge potential to boost cooperation in trade and supply chains after COVID-19 is brought under control (Illustrative photo: VNA)

HCM City (VNA) – Vietnam and the US have huge potential to boost cooperation in trade and supply chains after COVID-19 is brought under control, which opens up many opportunities for Vietnamese firms to increase exports to this major market.

Director of the Investment and Trade Promotion Centre of Ho Chi Minh City (ITPC) Nguyen Huu Tin said Vietnam and the US have enjoyed impressive strides forward in economic cooperative ties, with the US being Vietnam’s largest export market and Vietnam being the US’s 6th-largest importer.

According to Tin, Vietnam has affirmed its position as an important trade partner of the world’s largest economy.

Thanks to the good control of COVID-19 in Vietnam, Vietnamese firms have a huge advantage over foreign rivals struggling to fight the pandemic, he said, while suggesting that improving business and production capacity and capitalising on the US market will provide opportunities for Vietnam’s economy to develop further in the time to come.

In the first quarter of this year, two-way trade between the two countries topped 25.9 billion USD, up 33.5 percent year-on-year, with Vietnam’s exports estimated at 22.2 billion USD.

The two governments and business communities have made efforts in the past to bolster cooperation in a practical fashion and based on the complementary nature of the two economies. 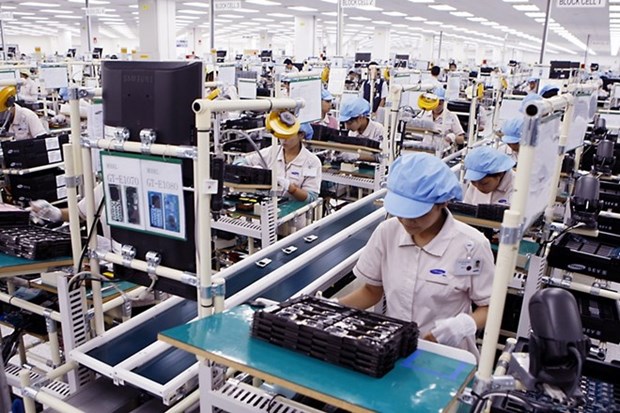 A factory of Samsung in Vietnam (Illustrative photo: VNA)

Experts said the US’s demand for high-quality Vietnamese products has been increasing due to changes in the global supply chain, and US firms sees Vietnam as a potential, safe investment destination post-pandemic.

They noted the complementary nature of the two economies, with Vietnam having good production capacity in the fields of agriculture, seafood, and wood processing, among others, while the US is the world’s leading materials supplier and has the strongest purchasing power.

However, they advised Vietnamese firms to select suitable measures to effectively access the US market, and strictly follow quality requirements of the US./.