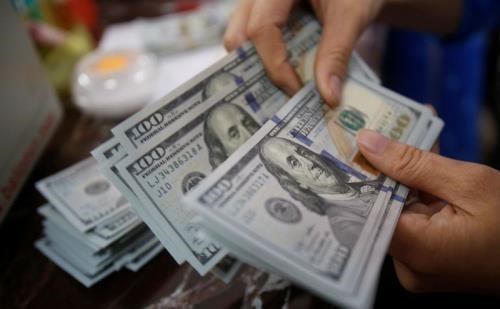 Hanoi (VNA) – The State Bank of Vietnam set the daily reference exchange rate at 23,152 VND per USD on March 4, down 9 VND from the previous day.

With the current trading band of +/- 3 percent, the ceiling rate applied to commercial banks during the day is 23,846 VND/USD and the floor rate 22,457 VND/USD.

According to QS, a British firm specializing in overseas education, Vietnam National University-Hanoi has three classified fields, of which maths is ranked for the first time in the world’s 401-450 group and first in Vietnam. Meanwhile, physics and astronomy placed in the 551-600 band, computer science and information system is categorized between the 501 to 550 positions of the 2020 rankings.

Meanwhile, Hanoi University of Science and Technology had two fields, computer science and information systems, made to group 451-500, its specialty of maths is ranked in the 451-500 group of the world.

Besides, another Vietnam’s higher education institution whose scientific field is placed among 450-600 band of the world’s 2020 rankings is Vietnam National University-Ho Chi Minh City. Its computer science and information system is ranked in the 551-600 group.

The QS based on four criteria, including academic reputation, employer reputation, citation/number of articles and H-index with different weights depending on the fields to elaborate the global education institutions’ top scientific rankings.

A month later, both became the first ever in Vietnam to be listed in Best Global Universities Rankings by U.S. News & World Report based on academic research and reputation.