Live music returned to the birthplace of The Beatles after a long coronavirus-enforced silence on Sunday when the English city of Liverpool hosted a one-off music festival to test whether such events spread the virus.

Around 5,000 people ditched face coverings and social distancing rules in the name of science and music. They attended the outdoor event having tested negative for COVID-19, and promised to get themselves tested again five days after the festival.

Their data will be used by the government’s Events Research Programme to help understand the effect of crowds on the spread of the virus.

But the scientific side of the event was far from the minds of revellers as they danced through the gates of Sefton Park.

“It just feels so good, so amazing – it’s been too long,” said 19-year-old student Meghan Butler.

Melvin Benn, Managing Director of Festival Republic, said he hoped his pilot project would play a key part in getting outdoor events back on the calendar this year.

“Once they get into the show they can party as though it’s 2019,” he said. “You can feel that the burden of the last 12 months, the last 15 months, has just been lifted a little.”

Getting to headline the event was an honour, said Blossoms lead singer Tom Ogden: “It’s been 413 days since we were last on stage … It’s been a long time and we’re delighted to be here.”

Lasting less than six hours and with a 10 p.m. curfew, the festival was a far cry from the multi-day hedonism of bigger events like Glastonbury, but those attending said there was nowhere else they’d rather be.

This is the second year Vietnam exported such a record-high volume, listing itself a leading cement exporter.

Vietnam is estimated to have exported 34 million tons (Mt) of cement and clinker in 2019, up 6.25% from a year earlier, according to the Department of Import-Export under the Ministry of Industry and Trade (MOIT).

This is the second year Vietnam posted such record-high cement exports.

The exports have surpassed the Ministry of Construction (MOC)’s estimated figure at the beginning of 2019 by US$100 million-US$150 million.

In terms of capacity, the country will have two more cement production lines to raise the total to 86 with a combined installed capacity of 106Mt/year in 2020, according to the MOC.

The MOET allows the heads of the people’s committees of cities and provinces to decide on whether to resume classes from March 2.

Vietnam’s Ministry of Education and Training (MoET) has decided to extend the time frame for the 2019-2020 school year due to the impact of the Covid-19 epidemic, Zing.vn reported on February 22, quoting Nguyen Xuan Thanh, deputy director of the Department of Secondary Education under the MoET.

Specifically, the school year will end by June 30, around one month later than the normal schedule. Evalutions for primary and secondary school graduation will take place by July 15 at the latest, enrollment for 10th grade will be due on August 15 and national senior high school exam will be held from July 23 to July 26.

Besides, the MOET lets the heads of the people’s committees of cities and provinces decide whether to resume classes from March 2.

In case they decide to let the students return to school later in March, the authorities must rely on the above-mentioned schedule to create a compensatory study plan and ensure the program, finish the school year and organize the national senior high school exam.

Thus, the national high school exam in 2020 will take place nearly one month later than usual to offset the time of school break that was aimed to prevent the Covid-19 epidemic. 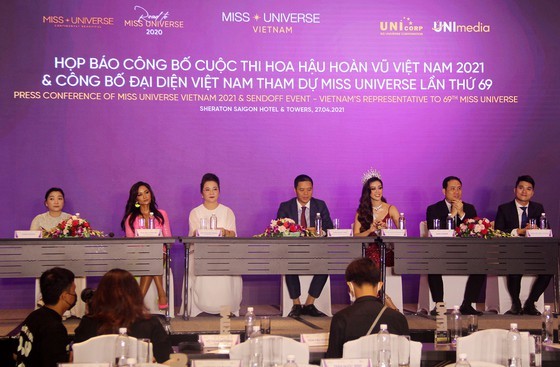 At the press conference (Photo: SGGP)
Accordingly, the pageant themed “Vinawoman – Vietnamese women’s stuff” will see its qualifying rounds which will take place in Hanoi and Ho Chi Minh City, starting on May 20.
The jury of the contest will select 70 outstanding contestants for the reality TV competition series. The reality show will be started from September 24 – December 17 in Long Hai town in the Southern coastal province of Ba Ria- Vung Tau, including the semifinal night which will be broadcast live on VTV9 channel on December 13.
The live broadcast of the climax night will occur on VTV3 channels and some others of local TV stations on December 17.
Women aged 18 to 27 who are at least 1.65m tall and have had no cosmetic surgery are eligible to enter the contest. Participation is limited to unmarried women who have never given birth or parented a child. Finalists will be narrowed to 16 instead of 15 as in the previous pageants. The 16th finalist will be voted by audiences by submitting an application called Bvote.
Beside the top three places of the winner, 1st runner-up, 2nd runner-up, the organization board will also present minor titles, including Miss Sea, Miss Photogenic, Miss Sport, Miss fashion, Miss Talent, Miss Communications, Miss Talent, Miss Friendly, Miss Ao Dai, Most Favourite Contestant, Most Confident Contestant.
In addition, the National Costume Competition will be held for the first time at Miss Universe Vietnam beauty contest 2021.
Nguyen Tran Khanh Van from HCMC was announced as the winner of the 2019 Miss Universe Vietnam beauty contest. She has prepared for the Miss Universe 2020 pageant which is expected to take place in Miami, Florida, USA in the first trimester of 2021.

With the gross merchandise value (GMV) of its internet economy accounting for over 5 percent of the country’s GDP in 2019, Vietnam is emerging as the most digital of all economies in the region, the report said. 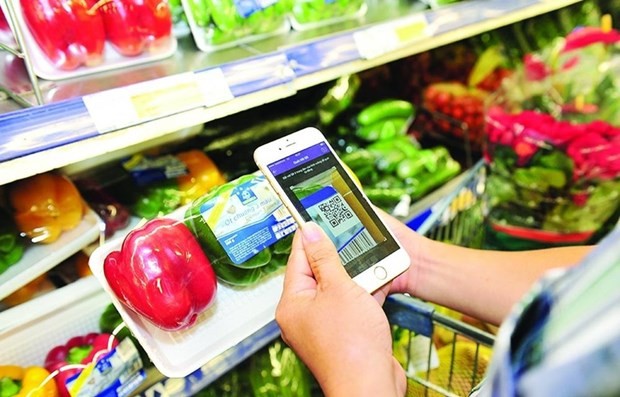 Vietnam’s digital economy will likely reach US$52 billion in value by 2025. (Photo: VNA)
Last year, the Vietnamese internet economy continued to record double-digit growth, at 16 percent year-on-year, the highest in Southeast Asia.
The report noted all sectors except travel continued to grow in 2020, of which transport and food, and online media grew 50 percent and 18 percent compared to 2019. Only online travel dropped 28 percent in terms of GMV, but is expected to grow 25 percent by 2025.
“This year’s seismic consumer and ecosystem shifts have advanced the internet sector in unimaginable ways, putting it in a stronger position than ever,” the report said.
Nguyen Quang Dong, Director of the Institute for Policy Research and Communication Development, said digital service industry is recording the fastest growth and is suitable with Vietnam’s strengths such as a young population who love technology and social networks.
Digital technology and the digital economy will be key drivers helping Vietnam increase workplace productivity, escape the “middle-income trap”, and realise the objective of becoming a middle developed economy by 2040, the official said.
Vietnam’s internet infrastructure and digital payment services remain limited, however, while the country still lacks a legal framework for digital assets, he said, stressing that the legal model of the 20th century no longer suits the digital economy.
Dong also underlined the need to promote international cooperation, especially in joining the building of new regulations and their enforcement through legal frameworks for the region.
A study by the Institute for Global Leadership under the US-based Tufts University revealed that Vietnam ranks 48th out of the 60 countries and territories globally in terms of rapidly switching to a digital economy, and 22nd in digitisation development.
Over the last five years, with the boom of smartphones, the internet, and social networks, digital technology and digital transformation have developed rapidly in Vietnam, shaping a fledgling, dynamic digital economy with great potential.
Vietnam’s digital economy is made up of four main groups: e-commerce, online tourism, digital communications, and logistics technology.
The country, together with Indonesia, holds the lead in digital economy growth in Southeast Asia.
The two pacesetters are both posting growth in excess of 40 percent a year.
Vietnam’s internet economy is also booming, reaching $12 billion in 2019 and recording a 38 percent annual growth rate since 2015.
Another study by Australia’s Data 61 forecasts that Vietnam’s GDP may add an additional $162 billion in 20 years if the country’s digital transformation is successful.
Experts said Vietnam possesses strengths in human resources and Government support, so the country could create a dynamic wave to further strengthen the development of its digital economy.
The Party and State have outlined orientations for building policies and programmes to actively join the Industry 4.0, focusing on applying and developing science and technology, promoting innovation, and improving the quality of human resources.
The Prime Minister on December 30, 2020 issued the National Strategy on the Industry 4.0 by 2030, to fulfil the goals set in a Politburo resolution which outlines policies guiding Vietnam’s active involvement in Industry 4.0.
The strategy’s objectives are to take full advantage of opportunities presented by the Industry 4.0 and fundamentally master and broadly apply advanced technologies in different social and economic fields.
Under the strategy, Vietnam will the top 40 performers in the Global Innovation Index (GII), the top 30 in the International Telecommunication Union (ITU)’s Global Cybersecurity Index (GCI), and the top 50 in the United Nations’ e-Government Development Index (EGDI) by 2030.
The country also aims to raise the proportion of the digital economy in national GDP to 30 percent and boost productivity by 7.5 percent annually on average. Other targets is to achieve universal access to fibre-optic internet and 5G services, completion of digital government development, and the establishment of smart cities in key economic zones across the north, central, and southern regions, and connection with regional and global networks of smart cities.