After hearing the city’s report on the results of implementing tasks in the first four months of this year and preparations for the upcoming general elections, the top legislator lauded the effective leadership of the city’s Party Committee in all areas.

Hue hailed Hai Phong’s efforts in COVID-19 prevention and control and well preparations for the upcoming elections with the timely issuance of guiding documents and organisations of three rounds of consultative conferences.

As of May 11, Hai Phong has completed the organisation of meetings with voters for 15 candidates running for seats in the 15th NA.

According to the report presented by Deputy Secretary of the Hai Phong Party Committee and Chairman of the municipal People’s Committee Nguyen Van Tung, in the first quarter of this year, gross regional domestic product (GRDP) of Hai Phong expanded 13.22 percent, three times higher than the country’s average.

The city’s budget collection reached over 30.25 trillion VND, equivalent to 39.2 percent of the yearly target. Meanwhile, foreign direct investment in the four months hit 1.12 billion USD, four times higher than that in the same time in 2020. Ports in Hai Phong handled more than 44 million tonnes of cargo, up 13 percent year on year.

Hue lauded Hai Phong’s successes in both ensuring social security and boosting socio-economic development, which contributing to the country’s achievements in implementing the twin target of preventing the COVID-19 pandemic and facilitating economic growth at the same time.

He asked the city to associate the implementation of the resolution adopted at the city’s Party Congress and the Politburo’s resolution on the development and construction of Hai Phong to 2030 with a vision to 2045.

The top legislator said that the NA Party Delegation and the Government will focus on removing bottlenecks and overlapping in the legal system related to planning, land use, while guiding the enforcement of the Investment Law, asking Hai Phong city to actively review obstacles in the field.

The NA leader noted that through meetings with candidates, voters in Hai Phong pay great attention to the building of new-style rural areas, urban economic development and infrastructure building.

In order to maintain a growth rate of 13-14 percent per year, the city must focus on upgrading infrastructure system serving production, he said, asking the city to optimise advantages in land, transport, and port system, while expanding trade villages and the one commune-one product (OCOP) program.

Regarding the preparations for the elections, Hue asked the city to once again review residents in the city by May 14 to finalise the list of voters, while organising training courses on election activities and preparing voting areas to ensure convenience for voters in line with regulations on COVID-19 prevention and control.

Hai Phong should hold early elections in Bach Long Vi island district, while stepping up communications on the elections, he said, adding that the National Election Council will soon issue a document guiding the organisation of the elections amid the COVID-19 pandemic.

In the first phase, three 39-storey buildings with 2,496 high-end apartments will be built. The project is expected to completed and become operational in the fourth quarter of 2023.

NA Chairman Vuong Dinh Hue is scheduled to deliver an opening speech and preside over the meeting in rotation together with NA Vice Chairpersons.

As scheduled, the committee will give opinions on important issues while the National Election Council will present a preliminary report on the outcomes of the election of deputies to the 15th NA and People’s Councils at all levels for the 2021-2026 tenure.

The full-time legislators will also contribute ideas to the 2019 State budget balance report, the 2019 State finance report and the Government report on thrift practice and wastefulness prevention in 2020. 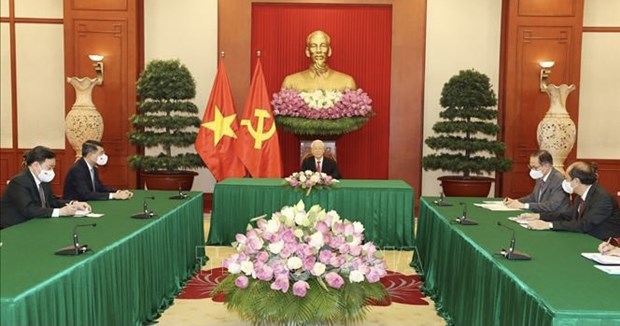 The Party chief made the affirmation during his phone talks with President of Sri Lanka Gotabaya Rajapaksa on June 14.

He recalled President Ho Chi Minh’s stop-over in Sri Lanka 110 years ago as part of the late leader’s journey to seek ways for national salvation.

The Party General Secretary expressed his hope that under the leadership of President Rajapaksa, Sri Lanka will reap more achievements in development, and soon contain the COVID-19 pandemic and restore the national economy.

Vietnam stands ready to share experience with Sri Lanka in the pandemic combat, he said. 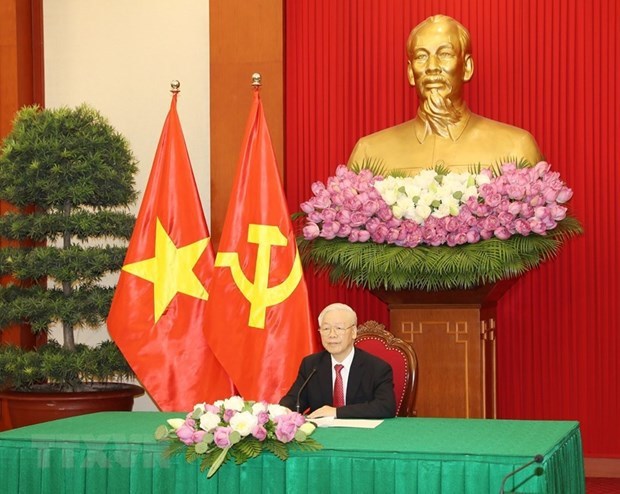 The Party leader suggested the two countries work to enhance their mutual understanding and trust, and step up all-level meetings and exchanges, adding that Vietnamese and Sri Lankan agencies should utilise existing mechanisms to promote collaboration in politics, economy, investment, trade, agriculture, national defence and security, science-technology, culture and education.

At the same time, the two nations should continue with mutual consultations and support at regional and international organisations, he added.

For his part, President Rajapaksa congratulated Trong on his election as General Secretary of the Communist Party of Vietnam, and lauded achievements the Vietnamese people and Party have attained over the past years under his leadership.

Sri Lanka wants to continue close coordination with and is willing to back Vietnam at international forums, the President said, noting his hope that the two sides will forge their cooperation to overcome the present challenges such as diseases and climate change, while expanding cooperative areas to serve economic recovery after the pandemic./.