But the number of deals continued to fall, almost halving from 2019 to 16, according to a report by South Korean venture fund Nextrans.

Seed funding and series A investment, the first two stages, remained dominant, accounting for 70 percent of the deals.

Fintech once again led with four of the 16 deals, followed by logistics, hospitality and real estate.

Vietnam is expected to grow at the fastest rate in Southeast Asia in terms of digital financial services revenues in the next five years, reaching $3.8 billion by 2025, the report said.

Other sectors such as e-commerce and medtech are also expected to boom in the coming years, it added.

The most notable deals in the first quarter included an investment of $2.6-million from a group of investors led by Singapore venture capital firm Jungle Ventures in electric motorbike brand Dat Bike , and a $1 million by investment fund AppWorks in healthcare service booking platform Docosan.

Startup events have been organized to help new companies promote their ideas and connect with potential investors, attracting thousands of participants.

2 . They successfully connected 160 startup consultants, 200 experts to over 3,000 startup individuals and groups in the city.

To further boost the startup spirit among the community, HCMC People’s Committee has approved the project ‘Supporting the Development of Innovative Startup Ecosystems in HCMC from 2021-2025’ in hope of increasing the contribution of startups to its GRDP in 2025 to 45-50 percent. 45%-50% while creating a more favorable environment for fast-growing business models based on exploiting intellectual assets and technologies.

This project focuses on the two groups of small & medium-scaled businesses and innovative startups.

Accordingly, the HCMC Department of Science and Technology is going to restructure scientific research programs and boosting activities of technological trading floors so that technology transfers can happen more smoothly. Simultaneously, a system to collect and provide relevant scientific information for research tasks will be developed.

Since the first stage of any innovative startup can hardly attract any private capital source and normally leads to early failure, the Government will play an active role here via supporting organizations and incubation centers. This, in turn, will help form a firm foundation for these new and sensitive startups to improve their own competitive capability, especially those manufacturing staple products of the city.

At the moment, the HCMC Science and Technology Department is launching a range of sub-projects like establishing a network of innovative startup centers, building startup supporting models in accordance with international standards.

Meanwhile, international partnerships with technologically strong nations such as the US or Israel are actively fostered.

So far, the project has been able to attract much attention of the public, leading to a ranking improvement of Vietnam in the Global Innovation Index by 17 positions compared to 2016. Particularly, HCMC now stands at the 225 th position in the list of global top innovative centers with 0.995 points.

Truc Nguyen, country manager of ShopBack Vietnam said that the startup unveiled its beta launch in Vietnam in late 2019 and made an official debut last August. It has continuosly improved the app and invested $15 million in the local market. To date, VND22 billion($956,520) in cashback has been given out to ShopBack users in Vietnam.

“Depending on the market conditions, user demand, and readiness of our technical and product partners, we will expand our offerings and raise more investment to make cashback a new shopping habit in Vietnam,” she said.

ShopBack is backed by e-commerce group Rakuten Group Inc., one of the better-known companies that dole out cash-back rewards for online purchases. Other investors into the startup are EV Growth, Temasek Holdings, and Credit Saison, among others. ShopBack has raised a total funding of $134 million since 2014.

The increasing number of internet users, rising internet penetration, and steady increase of the e-commerce share of total retail sales in Vietnam makes it a core and high-potential market for ShopBack. Vietnam presents a tremendous opportunity for the startup to grow and succeed in the digital space, with large marketplaces such as Shopee, Lazada, Tiki, and Sendo – all of whom are its merchant partners – experiencing record-breaking growth in the past years.

The country manager said that it will focus on increasing the number of partners and clients in the next 2-3 years. With the current growth trajectory, ShopBack is likely to reach 2 million users in Vietnam.

In line of booming e-commerce demand, Vietnam has welcomed more online cashback platforms such as Finhay, Cashbag, Catback, and ShopBack. However, there are aslo some fraud cashback scams that customers need to be aware like consumer rewards app MyAladdinz. There is a key difference between legitimate players from fraudulent ones, which are operated like multi-level platforms. They require shoppers to submit money to the apps to receive rewards, after a short time they will shut down and steal all users’ money.

Moreover, the Ministry’s project will help students to proactively access to the supporting system inside and outside their schools.

The project guides educational and training institutions to organize models to support student business ideas and startup opportunities as well as select typical startup models for publicizing.
Additionally, the Ministry directed schools and departments of Education and Training to build a startup environment so that students can experience their startup projects. Last but not least, schools and departments of education should facilitate students’ startup projects by connecting students and businesses.
The Ministry’s plan includes organizing the fourth contest “Students with startup ideas” in which successful startup projects of students at the 4th National Startup Festival at Ho Chi Minh City University of Technology and Education by the end of 2021 will be praised.
The project will also organize training courses on business startup in basic business administration, specializing in implementing the Law on Small and Medium Enterprises Support for students and start-up students.
Moreover, it will coordinate with organizations and businesses to hold conferences and seminars to connect university students with their peers in international universities. More importantly, the project will help high school students to participate in international startup competitions.
The Ministry of Education and Training also coordinates with the Ministry of Planning and Investment and training institutions to complete start-up support centers to help students in the country’s three regions. 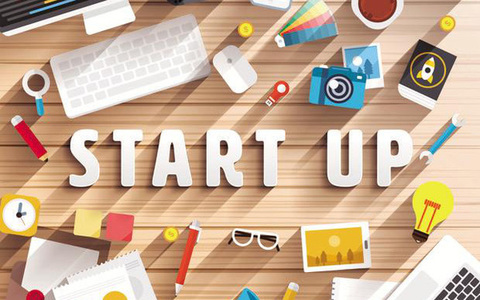 The number of investments in Vietnamese start-ups in the first quarter of this year fell to 16 from 20 deals in the same period last year and only half of that of 2019 with 30 deals, according to a recent report from venture capital firm Nextrans Viet Nam.

However, the amount of money investors poured into Vietnamese start-ups has increased. The total value of investment start-ups received in the first three months of 2021 grew 34 per cent from the same period last year, reaching about US$150 million, up 50 per cent from $100 million in Q1 last year.

Nextrans Viet Nam said most of the fundraising deals were still in the seed round and series A, accounting for 69 per cent of total investment deals.

The financial technology segment had the most investor interest, accounting for four deals. The next most popular segments were education, logistics, healthcare, and real estate.

Besides Korean and Singaporean investors, Vietnamese investors were the biggest players in the market.

Statistics showed since the beginning of this year, many Vietnamese investors have poured capital into start-ups, including VNG’s $6 million investment in the digital gifting, loyalty and rewards voucher platform Got It on January 15 this year.

In the context of the impact of the long-lasting COVID-19 pandemic, raising capital has become more difficult and is one of the major challenges of startups in Viet Nam and around the world.

Therefore, although the results of capital mobilisation in Viet Nam were still modest, they also showed positive signals that could not be ignored. — VNS

The biggest deals include a $100-million funding round by U.S. investor Warburg Pincus in payment app MoMo, a $15-million investment in English learning app ELSA by Vietnam Investments Group and U.S-based Susquehanna International Group, and $6 million into gifting platform Got It by local digital gaming group VNG.

Vietnamese tech firms have been thriving mainly thanks to the advance of digitization and consumers moving online, buying and selling on social networks or simply communicating online, Linh said in an interview with VnExpress .

“In the first quarter’s major deals, the role and impact of foreign funds have been quite evident, despite fears that the pandemic would deter their involvement.”

Last year, was a time of reflection and creativity, with many businesses having to conduct comprehensive reassessments of their operations, products and services to look for new ways to bring value to the customer, she said.

“Venture capital funds have also undergone a similar process. They looked from different perspectives to find potential in each startup notwithstanding the obstacles ahead. To that end, many funds have invested in businesses with a large customer base or consistently growing revenues.”

Long-term growth has also been also an important factor, she said. With more than 55 percent of its population aged below 35, Vietnam not only has a young population but is also very open to change and willing to try new products and adopt new technologies.

There have also been a number of major events that are creating the foundation for the development of startups and confidence among foreign funds to participate.

Vietnam has entered into several foreign trade agreements that make it easier for startups to expand their customer base to overseas markets, while the consistent development of infrastructure would help increase the productivity of logistics operations and improve people’s living standards, she added.

The Vietnamese diaspora abroad has been moving back to the country, bringing with it the experience cquired by working for global companies.

More Vietnamese students are choosing to return home, bringing with them international perspectives on innovation and growth.

This demographic is being utilized by large corporations to create an abundant supply of human resources for startups, Linh said.

Interest in Vietnam among foreign venture capital funds has steadily increased over the last 10 years though many still have their main offices elsewhere in the region, Linh said.

“Their headquarters may be in Singapore and they only fly to Vietnam once a month or once a quarter to explore. Some major investment funds in established markets such as the U.S. have established regional offices focusing on the Asian market.”

Singapore-headquartered Openspace, which manages more than $425 million, has opened a representative office in Vietnam. “We believe the next unicorn startup will come from Vietnam, the Philippines or Thailand,” Linh said.

“If a founder tries to build a startup based on an ongoing trend, it is already too late compared to incumbents in that market.”

Instead, they have to have a product ready, build a customer base, and run it smoothly before a trend emerges, she said.

Asked about imminent startup trends, she said that does not matter and now should be considered a time to explore and experiment.

“I meet many business owners who are doing this. Covid-19 may have adversely affected their business, but then they come up with new ways to change. And now, they are setting on a new path.”

Linh, who is also a judge on the business reality TV series Shark Tank Vietnam, said startups should not only think about money when tying up with investors but also consider other ways in which the latter could contribute, such as with strategic guidance and introduction to partners.