Discrimination cases in the workplace

Most of the newly-detected patients tested positive for the SARS-CoV-2 virus after coming into close contact with COVID-19 patients.

Six of the cases were recorded in Hai Duong’s Kim Thanh district, a new coronavirus hotspot in the country.

The virus has spread to all 12 cities and districts in Hai Duong province, with 665 cases confirmed, since it recurred a month ago.

Elsewhere, the epidemic has been brought under control in Ho Chi Minh City, Hanoi capital, Hai Phong city as well as 12 other localities, with no new cases detected during the past few days.

Bac Lieu province in the Mekong Delta reported an infection in the community on February 28 and local authorities are awaiting confirmation from the Ho Chi Minh City Pasteur Institute.

Thirty two patients were also discharged from hospital on the same day after making a full recovery from the disease.

The number of quarantined people who had contact with COVID-19 patients or returned from epidemic hit countries has also fallen to 63,000.

16 more people have tested positive for SARS-CoV-2 in Vietnam, raising the total number of patients in the country to 2,448, the Ministry of Health reported on Sunday evening. According to the ministry’s report, 12 of the new patients are from Hai Duong Province.

The patients are now being treated at local hospitals.

With these new infection cases, the number of Covid-19 patients in Vietnam has increased to 2,448, including 849 locally-transmitted cases reported since the new outbreak started in Hai Duong on January 28. Hai Duong Province alone has recorded 665 cases.


As of 6 pm on February 28, a total of 1,876 Covid-19 patients had recovered and been discharged from hospital. There have been 35 deaths, most of them being the elderly with serious underlying diseases.

At present, as many as 63,054 people who had close contact with Covid-19 patients or returned from virus-hit areas are being monitored at hospitals, quarantine facilities, and at home. 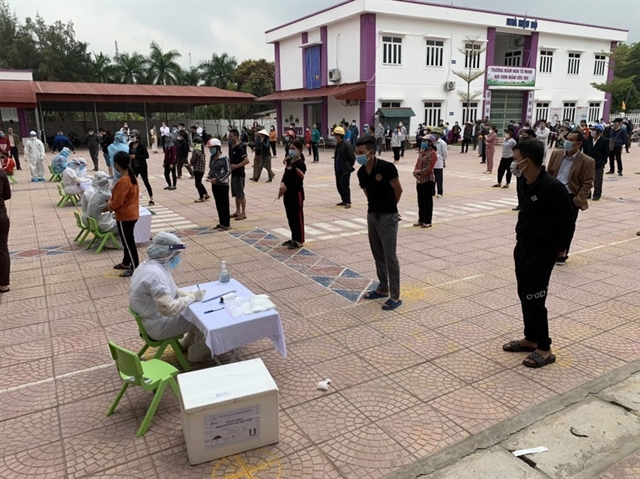 All the new locally-transmitted cases were found in quarantine facilities or isolated areas in Hải Dương, according to the National Steering Committee for COVID-19 Prevention and Control.

The four imported patients include three who entered the country via Mộc Bài border gate in southern Tây Ninh Province on February 14 and another who arrived via Thường Phước border gate in the Mekong Delta province of Hậu Giang on February 26.

A total of 32 COVID-19 patients were announced on Sunday to have fully recovered. — VNS 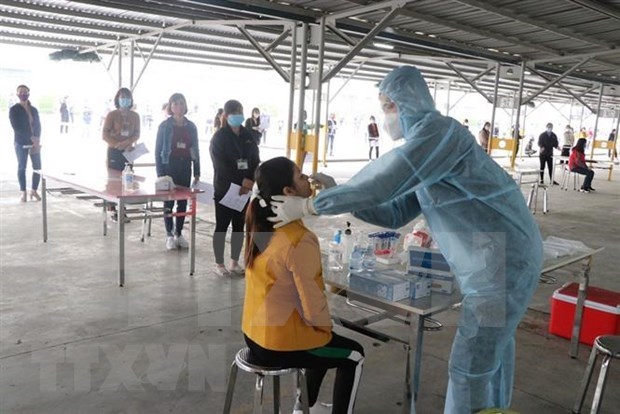 Hanoi, (VNA) – Six COVID-19 cases were detected over the past 12 hours to 6pm February 27, raising the national tally to 2,432, according to the National Steering Committee for COVID-19 Prevention and Control.

All the new cases were found in quarantine facilities in the northern province of Hai Duong.

Among patients still under treatment, 32 have tested negative for SARS-CoV-2 once, 50 twice and 100 thrice.

As of February 27 afternoon, 10 provinces and cities had gone through 14 consecutive days without new locally-infected cases of COVID-19.

More than 63,990 people are being quarantine across the country./.

HCMC – The Ministry of Health has confirmed 16 new Covid-19 cases, with 12 locally-transmitted patients in Hai Duong Province and four imported cases in Tay Ninh and Dong Thap provinces, raising the country’s tally to 2,448 as of tonight, February 28.

The three imported cases in Tay Ninh Province, aged between 58 and 66, returned to the country through Moc Bai International Border Gate in the province on February 14. Their second test results came back positive for the virus on February 27.

Another imported Covid-19 case in Dong Thap Province, aged 37, entered the country through Thuong Phuoc Border Gate in Hong Ngu District on February 26. The man tested positive for the disease a day later.

In another development, the HCMC Center for Disease Control today said that over 16,440 samples taken randomly from people at coach stations, the train station and the airport tested negative for Covid-19, while the remaining 727 persons are waiting for test results.

Taking random samples in the city has been conducted since February 16 to prevent the potential spread of Covid-19, the disease caused by the coronavirus, due to the large number of people returning to HCMC for work and study after the Lunar New Year holiday.

The man, 49, tested positive for the SARS-CoV-2 virus at random at Thanh Vu Polyclinic in Bac Lieu city,.

On February 27 he travelled to Bac Lieu city together with six neighbours, seeking a job at a wind farm there.

A farm employee took him to Thanh Vu Polyclinic for COVID-19 testing and it came to the man as a surprise that he has carried the virus.

The source of infection is still unknown, said doctors.

Local authorities immediately isolated the man and his neighbours, and quickly conducted field investigations to early detect and quarantine other suspect cases.

If the result is confirmed, Bac Lieu is the 14th locality that has reported the emergence of the virus in Vietnam.