Situated on the crossroads of South Asia, the Middle East and Central Asia, Pakistan is a beautiful country with a unique history and cultural heritage. Pakistan was the site for one of the world’s earliest human settlements: the great prehistoric Indus Valley Civilisation, the crucible of ancient empires, religions and cultures. With a total area of 803,940 square kilometres, the diverse geography of Pakistan ranges from lofty mountains in the north, the Karakorum and the Himalayas, through dissected plateaus to the rich alluvial plains of the Punjab and Sindh, the diverse landscapes of Balochistan and miles of golden beaches of the Makran coast. 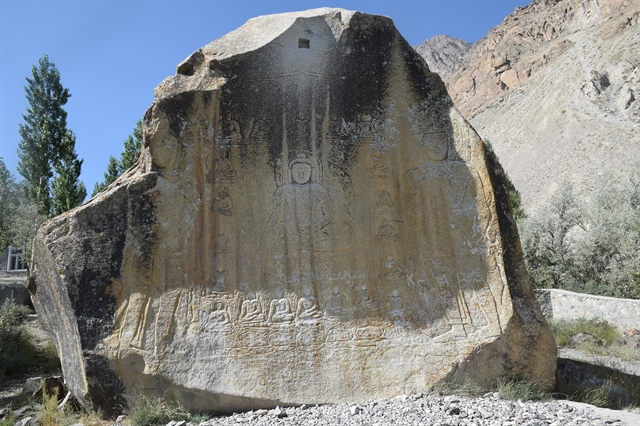 Pakistan is a large country with 211 million vibrant people. Predominantly Muslims, the people of Pakistan are culturally homogeneous. Other religious groups include the Christians, Buddhist, Hindus and Parsees. While Urdu, the national language, is spoken throughout Pakistan, English is extensively used in official and commercial circles, and in the cities. There are many regional languages including Balochi in Balochistan, Pushto in the Khyber Pakhtunkhwa, Punjabi in Punjab and Sindhi in Sindh Province of Pakistan.

Pakistan is strategically located to become Asia’s premier trade, energy and transport corridor. It is also the gateway to the energy-rich Central Asian States, the financially liquid Gulf States and the economically advanced Southeast Asian countries including Việt Nam. This strategic advantage alone makes Pakistan a marketplace teeming with possibilities.

Pakistan’s young and growing population is its greatest asset, which will become a demographic dividend that drives economic transformation. Fifty-five per cent of our population is below the age of 19, which bodes well for long-term sustainable economic growth. Pakistan has a strong middle class. A large part of the workforce is proficient in English, hardworking and intelligent. Pakistan possesses a large pool of trained and experienced engineers, bankers, lawyers and other professionals with many having substantial international experience. The consumer market in Pakistan is growing at a very fast pace as reflected by teledensity which has now reached more than 150 million.

Pakistan follows a liberal investment regime and facilitation is a foremost cornerstone for investors’ confidence and a conducive environment to attract local and foreign investment. The value-added textiles, food processing, information technology, logistics, automobiles, fisheries and tourism sectors are some of the areas where great potential exists for investment to the mutual benefit of all.

Almost all sectors of the economy are open to investment with attractive incentives and liberal policies to give investors a competitive and thriving business environment. Pakistan is going through an exciting transformation with increased regional connectivity through the China-Pakistan Economic Corridor (CPEC), political conviction and passage to revive economic growth to catch up with the regional economies. The country offers equal opportunities to foreign and local investors. As an emerging economy, Pakistan offers the opportunity of diversification to global economic players with a strong intention for structural reforms in various sectors of the economy. Pakistan presents vast investment opportunities with lucrative returns to investors.

Pakistan is also home to Gandhara civilisation, which is not only known for being a major contributor to the spread of Buddhism globally, but also for the fusion of Greek and local culture under the Indo Greeks with its distinct art forms. Gandharan kingdoms contributed to the translation as well as the spread of Buddhist texts and theology to Central Asia, China and beyond.

Pakistani women have always played a key role in all spheres of Pakistani society. They are formidable forces, driving the country forward across all fields of leadership. They have held high offices including that of the Prime Minister, Speaker of the National Assembly, Leader of the Opposition, as well as federal ministers, judges, and serving commissioned posts in the armed forces. Pakistan is one of the few countries where women hold more than 25 per cent of the seats in the legislative assemblies. While the road to women’s empowerment and gender equality is a long one, Pakistan’s direction, commitment and actions are clear.

While I am starting my assignment as Pakistan’s first-ever female Ambassador to Việt Nam and the Lao PDR, I feel that the future of Pakistan is brighter than ever and the relationship between Pakistan and Việt Nam is going to attain newer heights. VNS