The whirlwinds and hailstorms caused damages to property and crops of people in Tan Long, Tan Thuan, Tan Thanh, Huong Loc, and Tan Lap communes of Huong Hoa district and blew off the roofs of more than 100 houses. A medical checkpoint of the Border Post of Lao Bao International Border Gate also collapsed due to the whirlwinds.

Immediately, the Military Command of Huong Hoa district sent its personnel to the scene to help local people repair damaged houses and clear fallen trees. The unit’s troops also worked with the Border Post of Lao Bao International Border Gate to rebuild the checkpoint to help troops soon stabilize their lives and continue their missions.

At present, the district’s Military Command is cooperating with the local leadership to estimate losses, so as to provide relief for local people.

At the meeting with the province’s leaders, General Cuong expressed delight at being nominated as a candidate for the 15th National Assembly in Binh Duong province.

Cuong emphasized that as a province rich in revolutionary tradition, Binh Duong has over the past time taken various measures to attract investment to build smart cities and promote local socio-economic development, contributing to raising people’s living standards. More especially, the province has created favorable conditions for the provincial armed forces and military units in the province to fulfill their assigned military and defense missions.

Cuong thanked the provincial Party Committee, People’s Committee, and Election Council for creating favorable conditions for candidates for the 15th National Assembly and hoped to receive more support from relevant agencies and people in the coming time.

The same day, General Cuong visited the provincial Committee of the Vietnam Fatherland Front, the provincial Association of War Veterans, and religious organizations in the province.

Cuong also visited former State President Nguyen Minh Triet and briefed the former state leader on the military’s outcomes in building the whole people’s defense posture and preventing the COVID-19 pandemic and thanked him for his concern for the provincial armed forces over the past time.

Briefed on the corps’ task performance over the past time, General Thang highly appreciated and praised the unit on the results of its task performance. He asked the force to continue studying resolutions and directives of the Party, State, the Central Military Commission, and the Ministry of National Defense on military and defense missions.

Thang emphasized that the Signal Corps should develop strategic orientations and appropriate measures to build the corps into a revolutionary, regular, elite, and modernized force and effectively carry out the resolutions of the 13th National Party Congress and the 11th Military Party Congress. He urged the unit to ensure smooth communication for combat readiness missions.

The Deputy Chief of the General Staff said that in a short period of time, the corps should ensure smooth communication for national sovereignty protection missions, the upcoming elections of deputies to the 15th National Assembly and all-level People’s Councils for the 2021-2026 tenure, and COVID-19 prevention and control.

In addition, the Signal Corps should forecast future situations and make recommendations for the Central Military Commission and the Ministry of National Defense to issue suitable policies to effectively manage military communication and signal forces, Thang added. 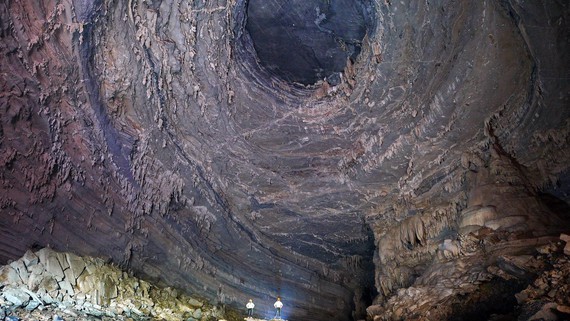 Speaking at the conference, General Rinh briefed participants on VAVA’s remarkable activities this year and key events to celebrate the 60th anniversary of the Agent Orange disaster in Vietnam, including the 4th congress to honor AO/dioxin victims with outstanding achievements, an international seminar on AO-related diseases and treatment, and a meeting to mark the 60th anniversary of the AO disaster in Vietnam.

Also, he added that the leadership of Army Corps 12 should direct relevant agencies and units to boost the dissemination of information about the AO disaster and great efforts of the Party, the State, and Army Corps 12 in overcoming post-war toxic chemical consequences while working with military hospitals and medical establishments to conduct social activities to help AO/dioxin victims, namely providing them with free medical examinations, health counseling, and medicines.

Moreover, in the coming time, functional units of Army Corps 12 will coordinate with associations for AO/dioxin victims at all levels and the Truong Son – Ho Chi Minh Trail Traditional Association to provide AO/dioxin victims with more gratitude houses and gifts.

On behalf of Army Corps 12, Colonel Hau affirmed that the unit will closely work with other relevant units to effectively carry out activities in celebration of the 60th anniversary of the AO disaster in Vietnam.

During the ceremony, leaders of the province and armed forces offered incense in tribute to the fallen soldiers who made great contributions to the national revolutionary cause and liberation.

After the ceremony, 23 sets of remains of Vietnamese soldiers were reburied at the Road 9 National War Cemetery and the set of remains of martyr Nguyen Huu Dao was buried in his hometown’s cemetery.