On April 18, a mission from the National Steering Committee for COVID-19 Prevention and Control led by Health Minister Nguyen Thanh Long inspected immigration management, medical isolation, supervision and vaccination against COVID-19 in the Mekong Delta province of Kien Giang.

Vice Chairman of Kien Giang Provincial People’s Committee Nguyen Luu Trung shared that cross-border entries are continuing to evolve complicatedly, while the province’s COVID-19 testing capacity remains limited, making it difficult for Kien Giang in the fight against the pandemic.

Kien Giang authorities proposed that the Government and the Ministry of Health help strengthen the testing capacity of Ha Tien City – the province’s capital – for proactive screening and avoid widespread spread, while support treatment for the province in case of sudden increase in the number of expatriates returning from Cambodia, as well as giving priority to the distribution of COVID-19 vaccines to Kien Giang in the following phases for the vaccination of the forces engaged in the epidemic prevention and control.

Health Minister Long suggested Kien Giang to proactively raise a higher alert level and prepare for all possible scenarios against the supposed widespread of the epidemic in the community, while strictly complying with the set principles and directives from the Government, the Prime Minister and the National Steering Committee on measures against COVID-19.

Stressing that deployment of measures to prevent and control the border on land and at sea is the prerequisite to the epidemic prevention and control, the minister also urged units under the Ministry of Health to coordinate with and support Kien Giang to improve testing capacity for the cities of Ha Tien and Rach Gia and establish an emergency unit to treat critical cases.

He also agreed with Kien Giang’s proposal to establish a field hospital in Ha Tien City for the treatment of SARS-CoV-2 positive cases, as Ha Tien City Medical Centre can only provide treatment to about 50 cases at present.

On the same day, the mission visited and encouraged forces working on the epidemic prevention and control at Ha Tien International Border Gate and several other posts on the border. To prevent illegal entries, Kien Giang has established 112 land control posts and 16 mobile sea control teams using nine ships and two high-speed boats of the Border Guards force.

* The Ministry of Health has issued a decision to adjust the allocation of 110,000 doses of COVID-19 vaccines provided by COVAX in the second phase. Accordingly, 35,000 doses will be provided to the military; 34,350 to the Centres for Disease Control in 44 provinces and cities; an additional 10,650 doses to five provinces of An Giang, Tay Ninh, Kien Giang, Dong Thap and Long An; and 30,000 doses that were previously granted to the police will be diverted to the Centres for Disease Control of 62 provinces and cities.

Currently, 49 out of 63 provinces and cities received the vaccines in the second phase, while the remaining 14 localities will continue to be allocated in the coming time.

* Of the total of 56,250 doses of COVID-19 vaccines to be distributed in the second phase, the Department of Health of Ho Chi Minh City will deploy injections to three groups of subjects, including 45,190 priority doses for health workers at both public and non-public health facilities (those who have not received the first injection in the first campaign); 2,000 doses given to employees who have had contact with entries at Tan Son Nhat Airport; and 9,050 second dose injections given to health-care workers who have received their first shot.

As planned, the phase 2 of vaccination against COVID-19 in Ho Chi Minh City will take place from April 19 to 30.

According to the first-quarter global review by Refinitiv, a global provider of financial market data, mergers and acquisitions (M&A) activity hit $1.3 trillion globally in the period, an increase of 94 per cent compared to the same period in 2020. Cross-border activity more than doubled and was the strongest opening quarter for cross-border deals on record, with the technology, financial, and industrial sectors accounting for almost half of cross-border M&A.

Meanwhile, an EY Global Capital Confidence Barometer survey of more than 2,400 executives in 52 countries found that over half of corporates are looking to actively pursue M&A in the next 12 months – the highest since 2012 and beating the 11-year average of 44 per cent. In particular, almost half (46 per cent) of corporates expect that Southeast Asia will generate the most growth prospects and opportunities for their organisation in the next three years.

Du Vinh Tran, Strategy and Transactions leader at EY Indochina, said that Vietnam is a relatively hot destination for M&A in Southeast Asia. He noted that the robust growth is credited to the government in terms of controlling macro-stability with low interest rates and stable exchange rates. Vietnam’s economy has also transformed strongly for the past 30-plus years. Therefore, the growing trend of M&A is expected to continue into the future.

Last week, SK Group made another big splash by acquiring part of VinCommerce. SK and Masan Group announced the signing of definitive agreements for SK’s acquisition of a 16.26 per cent in VinCommerce for a total cash consideration of $410 million.

Commenting on the deal, Woncheol Park, representative director of SK Southeast Asia Investment said, “We have a strong belief in the potential of Vietnam’s on/off-line retail sector and expect VinCommerce to play a vital role in its modernisation.”

In March, Malaysian-backed TenagaNasional Bhd.’s (TNB) wholly-owned subsidiary TNB Renewables Sdn., Bhd. acquired 39 per cent in a 21.6MW project comprising of five rooftop solar plants in Vietnam from Singapore’s Sunseap Group. This acquisition will serve as a beachhead for TNB to establish a local presence in Vietnam and expand into the rapidly-growing renewable energy and utilities market.

The previous month, SCG Packaging Public Co., Ltd. (SCGP), a subsidiary of Siam City Cement, scooped up a 70 per cent stake in Duy Tan Plastics Manufacturing Corporation. The move is an expansion of SCGP’s rigid plastic packaging business, so it can now provide its customers in Vietnam with a full range of packing products, both polymer and paper-based.

Experts said regulatory changes such as those made to investment-related laws from the start of this year may make the investment procedure somewhat easier. However, the most effective way of stimulating investments from Japan would be to simplify the border entry process for business travellers, as long as the pandemic situation will allow. On the side of the Japanese, it should make every effort to contain the pandemic in order to be allowed to be back in Vietnam as investors.

Meanwhile, Tran Phuong Lan, head of Competition Supervision and Management under the Vietnam Competition and Consumer Authority, cited a study by Euromonitor International showing that Vietnam is the second-most robust M&A market in the world following the US. In the coming years, she said, M&A activity will continue to be strong while at the same time, it also poses risks for potential medium- and large-sized enterprises with specific market share and roles to be taken over.

To better manage M&A activities, she suggested that Vietnam needs a legal framework encouraging more Vietnamese firms to join the M&A market as well as develop policy for commercial and investment banks to support such activities by local companies.

“Vietnam should also strengthen the supervision and control of economic concentration in the fast-growing sectors of textiles and garments, footwear, and electronics for foreign transactions,” she said. “The country needs to establish a frequent consultation mechanism between the Ministry of Planning and Investment and the Ministry of Industry and Trade to build a database on M&A deals with a view to ensure national interests without causing anti-competitive effects in the market.” 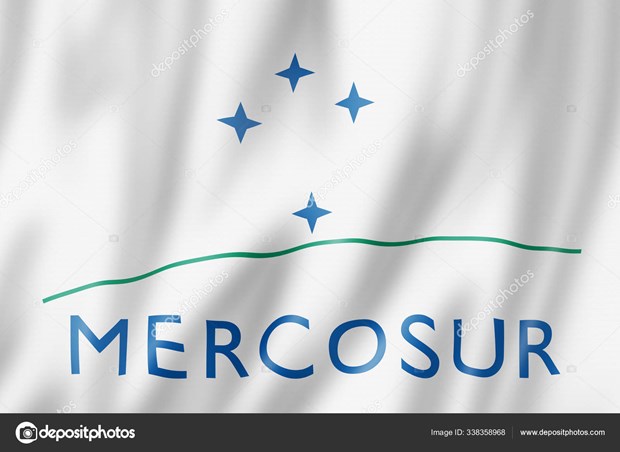 Hanoi (VNA) – The Southern Common Market (MERCOSUR) celebrated its 30 th anniversary on March 26.  The treaty set out the basic principles for an ambitious model of integration, aimed at establishing a common market, with free circulation of goods, services, capital and people, and adopting a common trade policy, coupled with macroeconomic coordination and legal harmonisation.

Throughout the years, the integration process went beyond the economic realm and made significant strides in areas such as education, culture, human rights, science and technology, justice, public security and social services, among others. That has required the building of sound institutions, which included the creation of a regional Parliament.

Currently, MERCOSUR is going through a modernisation process with the intention of deepening the bloc’s integration to the global economy. In 2019, MERCOSUR’s GDP accounted for 69.2 percent of South America’s GDP and was the 8 th largest GDP in the world, amounting to 2.38 trillion USD. MERCOSUR is seeking to tap into the potential of external partnerships, including the Association of Southeast Asian Nations (ASEAN) and Vietnam.

MERCOSUR and ASEAN’s Foreign Ministers held two Ministerial Meetings, in 2008 and 2017. The  total  two-way  trade  between   ASEAN  and  MERCOSUR  reached  28.23 billion USD  in  2019, while the foreign direct investment (FDI) inflow from MERCOSUR to ASEAN accounted for 17.46 million USD.

As a bloc, MERCOSUR is the 11 th largest trading partner of Vietnam. Notwithstanding the progress already achieved in commercial relations, there remained untapped opportunities for growth. Trade and cooperation in sectors such as agricultural and industrial machines, food and beverages, telecommunications and hospitality are still beyond its potential. Furthermore, there is also tremendous room for growth in investments and technological cooperation, which could further spur trade opportunities.

In 2020, MERCOSUR has concluded an exploratory dialogue with Vietnam, with a view to eventually launching negotiations for a free trade agreement. An agreement would encourage other initiatives, private and public, which would additionally strengthen economic, political and cultural relations between the countries.