HCMC – Vietnam’s total number of Covid-19 cases has increased by 21 to 2,758 this evening, April 15, with all of the fresh cases entering Vietnam from overseas and being quarantined upon their arrival in the country, according to the Health Ministry.

Of the total new cases, five were reported in the Mekong Delta province of Ben Tre. The five arrived home from the Philippines on Flight VJ2527, which landed at Can Tho International Airport on March 29 and were immediately quarantined in Ben Tre.They tested positive for Covid-19 on April 14 and are being treated at the Ben Tre Province Tuberculosis and Lung Disease Hospital.

Five other patients in HCMC include four locals – two women and two men – and an Indian expert.

For the two male patients, one returned to Vietnam from Qatar on April 11, while the other entered Vietnam from Thailand on March 31. The two were also found to be infected with the disease on April 14.

All the five are receiving medical treatment at the Cu Chi Field Hospital.

One case was reported in Thai Nguyen, who is a man residing in Nghe An Province. On April 9, he flew back to Vietnam from Japan through the Noi Bai International Airport in Hanoi and was sent to a centralized quarantine center in Thai Nguyen. He was found to be diagnosed with Covid-19 on April 15 and is being treated at the National Hospital of Tropical Diseases in Hanoi’s Dong Anh District.

Two more cases, a man and a woman, were reported in An Giang Province. They entered the country through the Long Binh International Border Gate and was immediately quarantined in An Giang. The two tested positive for Covid-19 today and are being treated at the medical center of An Phu District.

Seven cases in Danang are all men. One flew back to Vietnam from Japan through the Danang International Airport on April 4, another on April 5, one more on April 7 and four others on April 13.

All of them were found to be infected with Covid-19 on April 14 and are being treated at the Danang Lung Hospital.

The remainder is a two-year-old girl who flew to Vietnam from Angola on March 31 through the Van Don International Airport in Quang Ninh and was quarantined in Bac Ninh Province. She tested positive for Covid-19 on April 15 and is being treated at the Bac Ninh General Hospital.

Before 1975, the shop, then named Do Phu cafe, was a secret base of the People’s Army overseen by Tran Van Lai. The house had been assigned to Do Mien and his wife Su to sell broken rice and coffee, but in fact, served to store and transfer letters and confidential documents to the war zone.

Tran Vu Binh, son of Lai and the current owner of the eatery, recalled the birth of the shop. Before opening the business, Su went with her husband to Phnom Penh, Cambodia on an undercover intelligence mission.

After a few years in Phnom Penh, Su returned to the country with her husband and started selling broken rice. The shop sold meals for workers and gradually became popular among residents in the area, including many Korean soldiers taking part in the war.

Since the cafe was located next to the house of Ngo Quang Truong, an officer of the Army of the Republic of Vietnam, the opposite side in the war, the couple had to be extra cautious.

“The postman had to wear shoes with a rotatable sole to hide secret mail. When he went into the kitchen of the shop to deliver letters, the owner had to be on guard to prevent others from following and avoid exposure,” Binh recounted.

Since the Korean soldiers were not used to this, they had asked the owner to add kimchi .

“At the time, my mother used Vietnamese chili and garlic to make the kimchi, but after the Korean soldiers objected she switched to using Korean chili and garlic,” Binh said.

After the war ended, many Korean veterans returned to the shop to enjoy her dish.

The eatery now offers customers kimchi broken rice like it served in the war time.

“I was impressed after adding the kimchi and mixing in the fried egg since the taste was truly rich. VND60,000 ($2.6) for a dish is quite reasonable too,” she said.

In addition to kimchi broken rice, customers can also order Vietnamese fried churros with coffee for breakfast and take a look at the documents that show the activities of the People’s Army soldiers in Saigon.

The stop features in several tours of Saigon. It is open from 7 a.m. to 10 p.m. daily. Customers who arrive by motorbike have to pay an additional VND5,000 for parking. 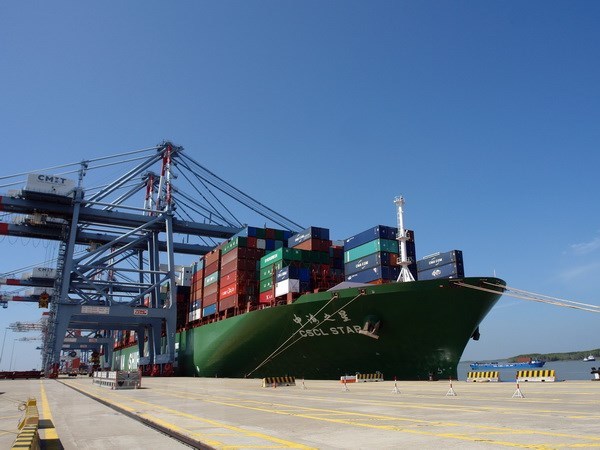 The ship is destined for the US’s West Coast under a newly launched container service called Sentosa.

It embarked from Singapore and travels through Thailand’s Laem Chabang City and Ba Ria-Vung Tau to Long Beach City in the US’s Pacific Southwest, and will return to Singapore through China’s Shanghai, Ningbo and Xiamen cities.

Despite severe impacts posed by the COVID-19 pandemic on the global economy, Vietnam’s exports still recorded positive results, even breakthroughs.

As the demand for export to the US has risen sharply, MSC has put the above-mentioned service into operation to satisfy the demand.

According to the General Statistics Office, the US remained the largest importer of Vietnamese goods in the first quarter of 2021, with turnover of 21.2 billion USD, up 32.8 percent year-on-year./.

Sustainable bonds are considered as an effective capital mobilization channel from the private sector for environmental and social projects.

The State Securities Commission of Vietnam (SSC) has launched a manual providing instruction on green, social and sustainability bonds.

The manual came from the cooperation among the SSC, Climate Bond Initiative (CBI), and Swiss State Secretariat for Economic Affairs (SECO), with the aim of providing guidelines for issuers and market participants to adopt regional, international and Vietnamese standards on green, social and sustainability bonds – or sustainable bonds, collectively.

“Those sustainable bonds are considered an effective capital mobilization channel from the private sector for environmental and social projects, which in turn support the realization of sustainable development goals and the 2015 Paris Climate Accord,” stated the SSC.

“As a member of the ASEAN Capital Markets Forum (ACMF), the SSC has been actively involving in the promotion of the ASEAN Green Bond Standards (AGBS), ASEAN Sustainability Bond Standards (ASUS), which are based on the International Capital Market Association (ICMA)’s Green Bond Principles, Social Bond Principles, and Sustainability Bond Guidelines, with an aim to form sustainable assets in Vietnam,” added the stock market watchdog.

SSC’s Vice Chairman Pham Hong Son expected the manual to help local investors better understand international practices on the issuance and management of capital for green projects, as well as disclosing information on the social and environmental aspects of each enterprises.

“Such step is important to promote sustainable development in each enterprise and contribute to support long-term growth of the stock market via the development of green products,” he added.

Kelhofer added the IFC expects green bond would open up opportunities for further fund raising for infrastructure and renewable projects, which are finding it hard to raise funds via traditional financial instruments. 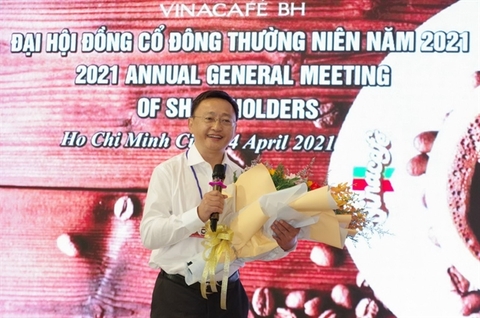 The company held its annual general meeting on April 14 where shareholders approved a number of targets and plans for 2021.

Despite difficulties last year due to the prolonged COVID-19 pandemic, rising raw material prices and fierce competition in the instant coffee market, the company achieved net revenues of VND2.9 trillion and net profit after tax attributable to shareholders of VND724 billion.

Its brands such as B’fast, Wake up Saigon, Phinn and especially Wake-up 247 continue to be key drivers of profits during a tough and challenging year.

Incorporating with Masan Consumer and VinMart/VinMart+ retail chains has helped Vinacafe Bien Hoa strengthen its distribution chain in both rural to urban areas.

Its strategies for this year include the launch of many new products.

Last year it won the ‘Viet Nam National Brand – Vietnam Value’ award for the seventh consecutive year and was named in the top 10 prestigious companies in the food and beverage industry for a fourth straight year.

The AGM approved the appointment of Le Huu Thang as the company’s new general director.

He has more than 25 years of experience in the FMCG industry and held key positions in research and development and operation of coffee production and processing complexes at multinational companies in the US, Switzerland, Australia, Russia, Thailand, and Viet Nam. — VNS